The Robins picked up their first win under Wade Elliott after a smash-and-grab 1-0 win over Exeter City.

Dan Nlundulu’s emphatic finish put Cheltenham ahead, before another resilient display at the back secured the three points and a second clean sheet in five days.

Exeter had the first opportunity of the match when Alex Hartridge’s long throw was flicked on by Sam Nombe into the feet of Matt Jay. A loose touch from the Grecians’ skipper allowed Lewis Freestone to close down, but he was still able to lay the ball off to Nombe, who forced Luke Southwood into a smart block from the corner of the six-yard box.

Southwood was called into action again when Archie Collins teed the ball up for Tim Dieng to have an attempt from distance, but the Frenchman’s shot was straight at the Robins’ goalkeeper.

Southwood also remained alert to prevent Harry Kite from scoring a well-struck right footed volley, leaping across to his front post to tip the ball beyond the frame of his goal.

Collins was next to threaten the Robins’ goal, dragging the ball onto his right foot before letting fly from the edge of the penalty area. Sean Long bravely threw himself at the shot, and with an outstretched right leg managed to divert the ball out of play for a corner.

The Robins did fashion a half chance just before half time, when Long’s deep throw into in box was flicked on by Nlundulu, but Jamal Blackman was comfortable in catching the ball.

It was the Frenchman who would later open the scoring for the Robins. Cheltenham were able to string a few more passes together in the second half, and one of these patterns of play lead to Lewis Freestone and Liam Sercombe combining to thread Taylor Perry into space on the left wing. After taking a touch to steady himself, the midfielder slid the ball across to Nlundulu, who smashed the ball past Blackman to open his account for the season. 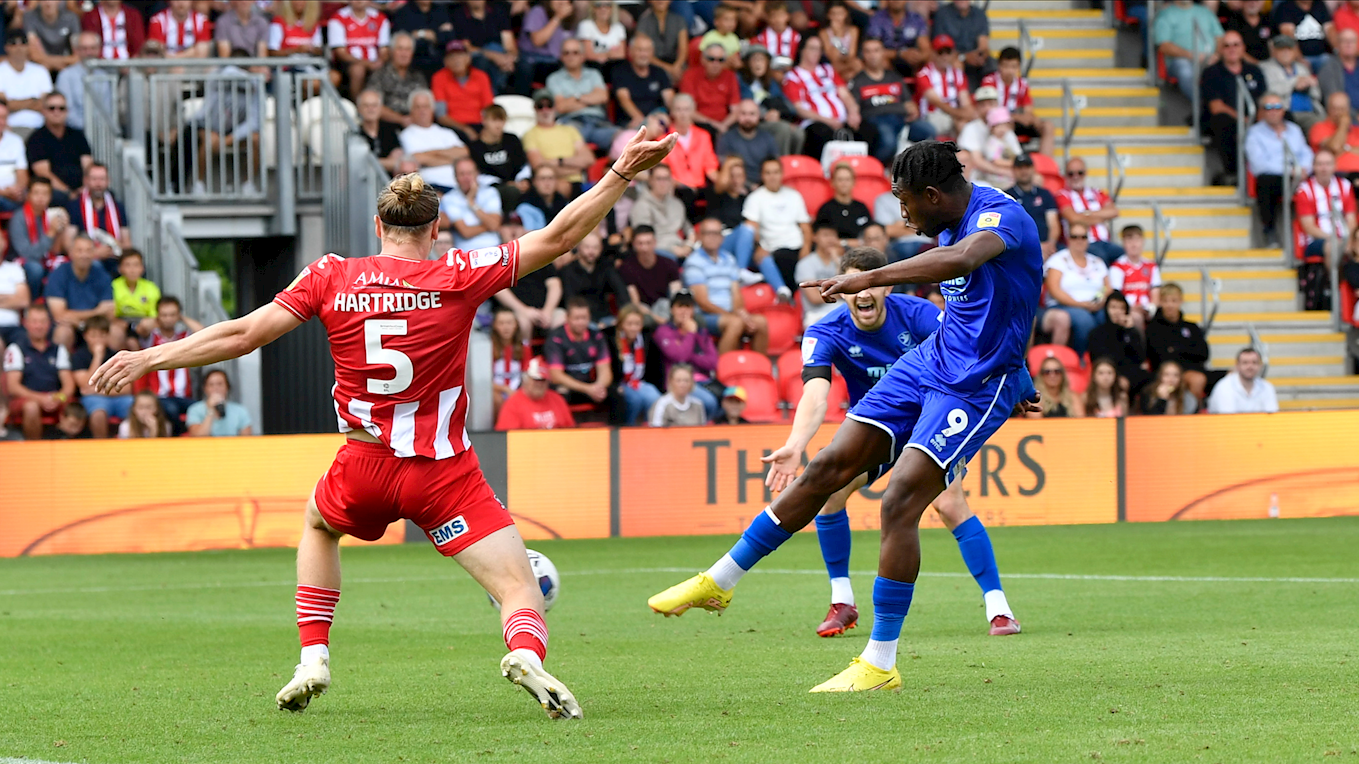 The forward continued to cause problems for the Exeter defence. After receiving the ball on the left-hand side of the penalty area, Nlundulu drove towards the goal line before trying to bend a shot with his right foot into the far corner, just missing the target by a matter of inches.

The hosts looked to press for a leveller and came very close but for the intervention of Southwood. A quickly taken corner gave Jay the opportunity to shoot low towards the near post through a crowd of players. Despite a ricochet, Southwood was able to adjust and get down quickly to tip the ball around his post.

There were tense moments in stoppage time, particularly when Sam Nombe’s looped cross across goal fell to Josh Coley, but the Grecians sub could only slice the ball wide of the goal.

Spectacular acrobatics from Southwood enabled him to tip Jack Sparkes’ long-range shot over the bar for a corner, from which Exeter sent ‘keeper Blackman forward. A melee ensued, but brave defending from the Cheltenham defence prevented the hosts from squeezing home an equalizer.

The Robins are back on the road again and will take on Exeter City this Saturday at St. James Park (3PM KO).

Following our 0-0 draw against Fleetwood Town on Tuesday night, Wade Elliott's side will travel to Devon to face Exeter City.

The Robins recently lost to Matty Taylor's Grecians in the Carabao Cup last week, but now have an opportunity to make amends this weekend.

A reminder than train strikes will be taking place on Saturday, so please plan in advance for making your way to the stadium.

Tickets and travel is still available, and the prices are as follows: 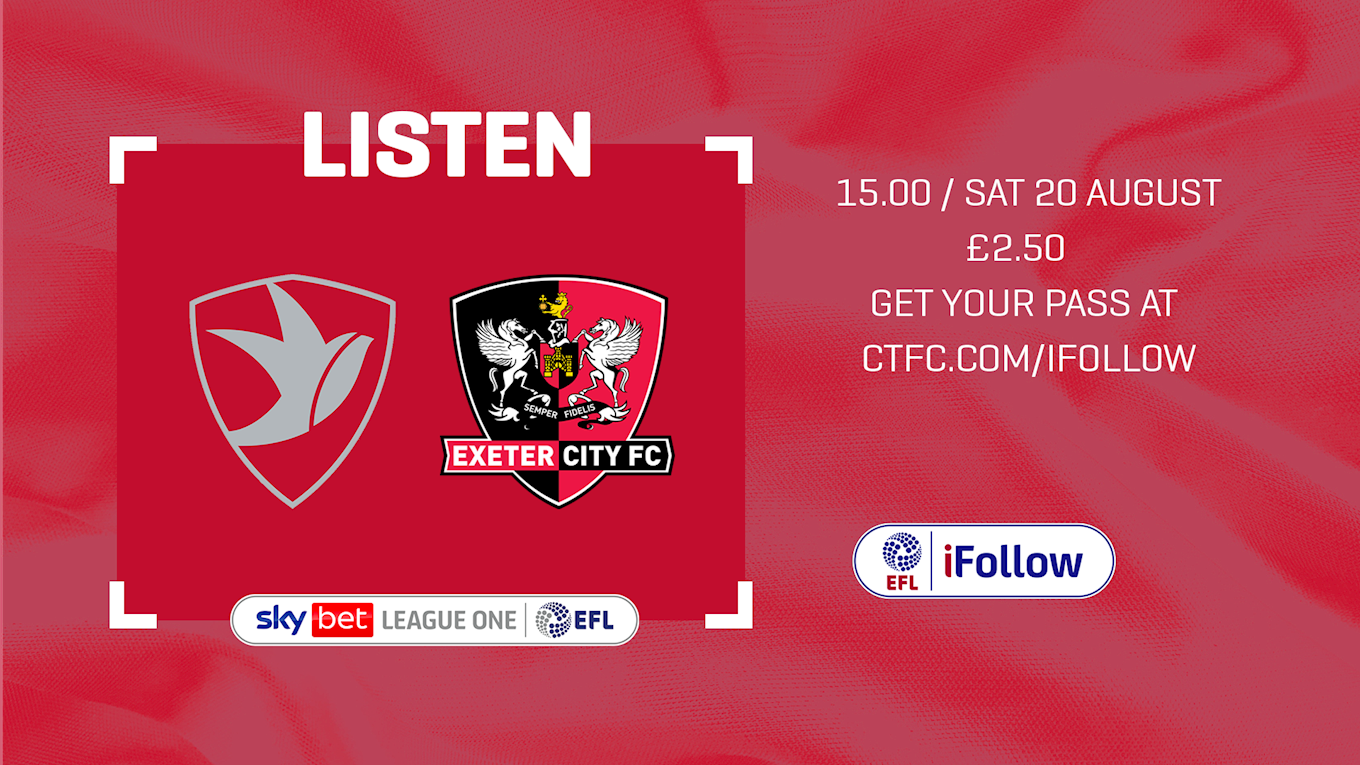 Any tickets not collected from the Completely-Suzuki Stadium will be taken to St James Park for collection on the day.

Matchday sales and collections will be made from the Away Booth, located in St James Road, near the away turnstiles. Prices increase by £1 on matchday.

Exeter City have produced a guide for away supporters, which can be found here.

The details to get to St. James Park can be found below. 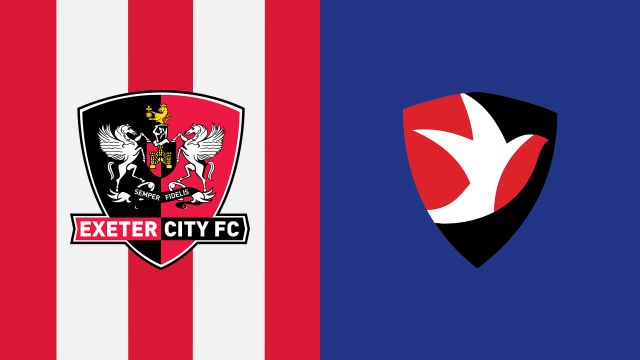 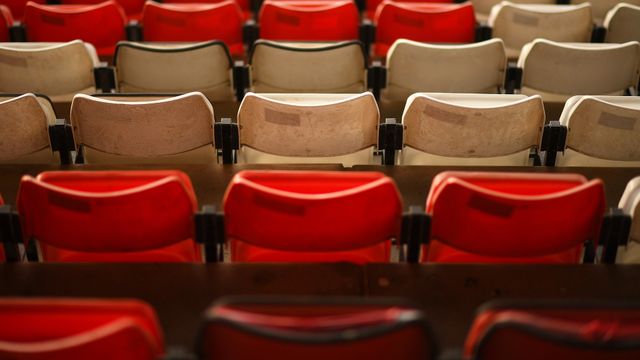