A late penalty condemned the Robins to a 2-1 defeat to Oxford United at the Completely-Suzuki Stadium.

Despite Taylor Perry giving Cheltenham the lead, a brace from Cameron Brannagan gave the visitors the three points.

Each team received a red card in the second half, with both Billy Bodin and Ellis Chapman dismissed for receiving second yellow cards.

Wade Elliott made two changes to the side that beat Exeter City last Saturday, with Daniel Adshead and George Lloyd coming in to replace the injured pair of Liam Sercombe and Ryan Jackson.

Oxford immediately put the Robins under pressure from kick off, with a number of looped crosses into the box. On one such occasion, the ball fell kindly for Steve Seddon, who was able to drive a low shot goalwards, only for Lewis Freestone to intervene and make a block.

Alfie May was unlucky to be denied an opener for the Robins by the face of Oxford ‘keeper Simon Eastwood. After playing a one-two with Nlundulu, May found himself with just the Eastwood to beat, and tried to lift the ball over the on-rushing shot-stopper, but couldn’t get enough height on his effort.

May then had another opportunity on the half hour mark after Freestone’s flick-on fell to him at the back post. The striker struck across the ball, fizzing it back across the goal and narrowly wide of the far post.

In the second half, James Henry danced past Ben Williams to give himself a sight of goal from a tight angle but could only fire the ball into the side netting.

Taylor Perry then whisked a wonderful cross into the Oxford penalty area, enabling Dan Nlundulu to plant a header goalbound, only to be denied by a diving Eastwood.

Freestone had to be alert when a cross fell at the feet of Billy Bodin on the edge of the six-yard box, throwing himself in front of the Oxford forward, and then in front of the follow-up from Matty Taylor. 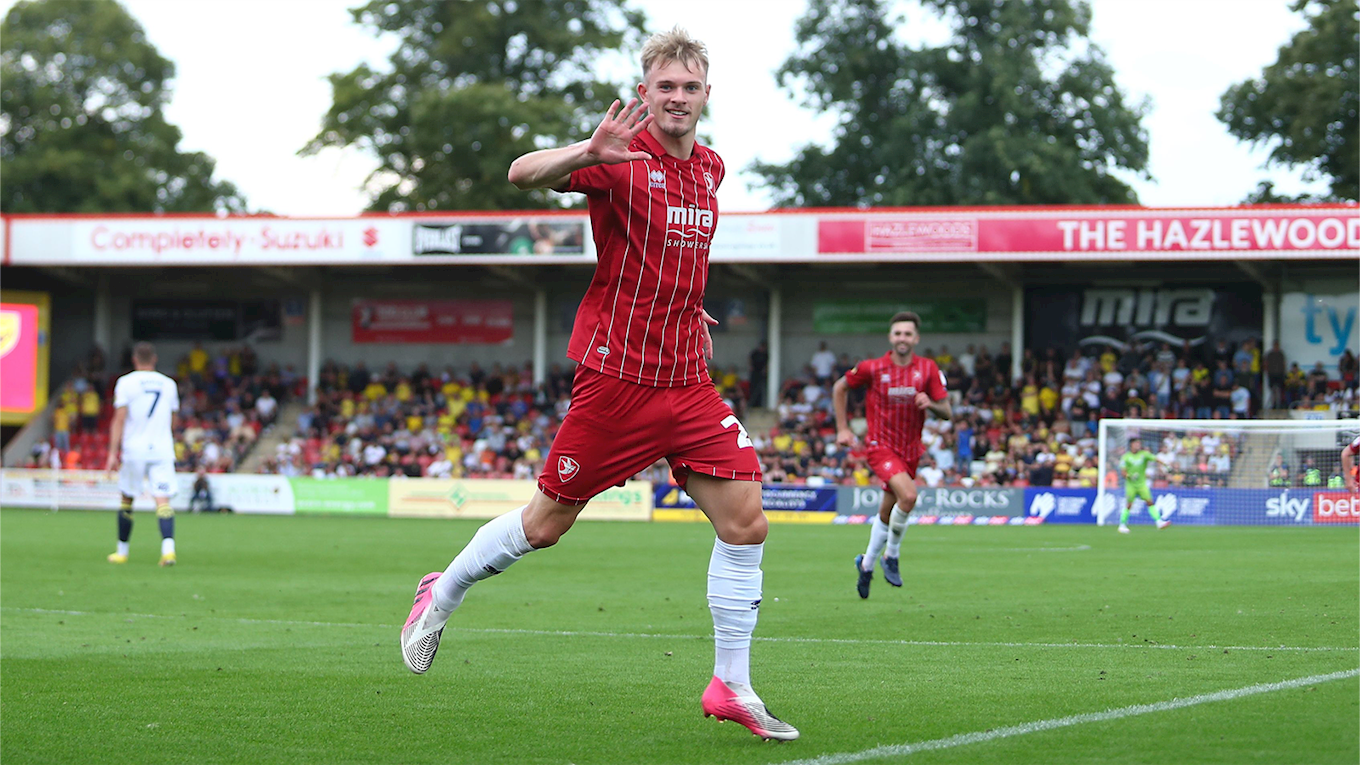 It was just past the hour mark when Cheltenham eventually found the breakthrough when Simon Eastwood failed to deal with a free kick, flapping at the ball under pressure for Nlundulu. May was on hand to tee the ball up for Perry, who smashed the ball into the bottom lefthand corner to give the Robins the lead.

Almost immediately however, the visitors had a leveller. A free kick from around 20 yards out gave Cameron Brannagan the opportunity to bend the ball with power into the far corner, with Southwood well beaten.

Only a couple of minutes after being booked for a collision with Caleb Taylor, Billy Bodin dived in on Perry, and received a second yellow card, leaving the visitors down to 10 men.

Brannagan then put the visitors ahead from the penalty spot after the referee deemed that Caleb Taylor had fouled Matty Taylor as a cross was swung into the Robins’ penalty area.

The match finished with 10 men on each team after Ellis Chapman was also dismissed when he put in a late tackle and was booked for a second time. Oxford were then allowed to close out the rest of the five minutes of stoppage time and take all three points.

The Robins are back at the Completely-Suzuki Stadium this Saturday to host Sky Bet League One opponents, Oxford United.

Wade Elliott's side are looking for back-to-back wins following the 1-0 win away to Exeter City last weekend. The match this weekend will kick-off at 3PM, and tickets are still available for purchase.

The Colin Farmer Stand sponsored by JM Weston Construction, has single seats only in Blocks 1, 3, 4, & 5. Seats are available together in Block 2, Block 6 and in the HGV Drivers UK Stand.

If you are unable to attend the match, you can listen to the action on iFollow for £2.50, with coverage starting from 2PM. 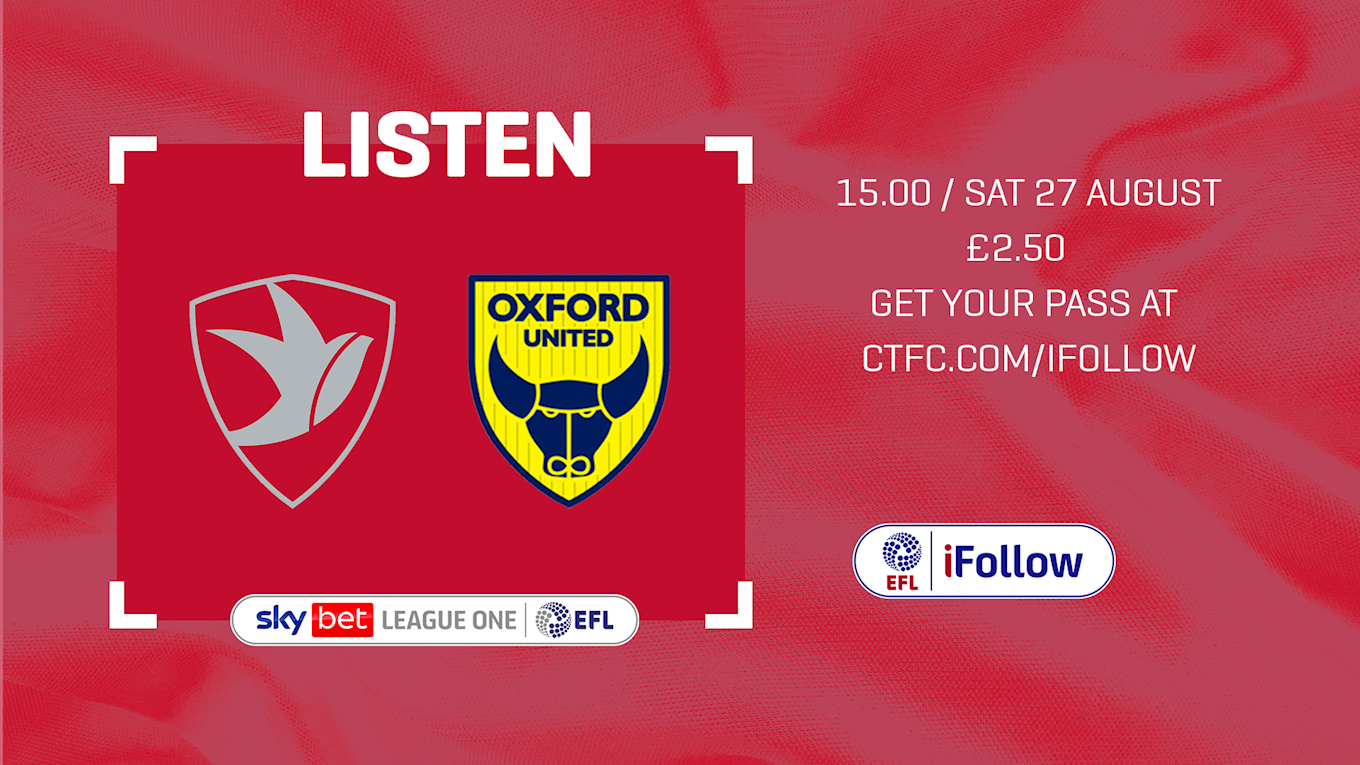 The details to find the Completely-Suzuki Stadium can be found below. 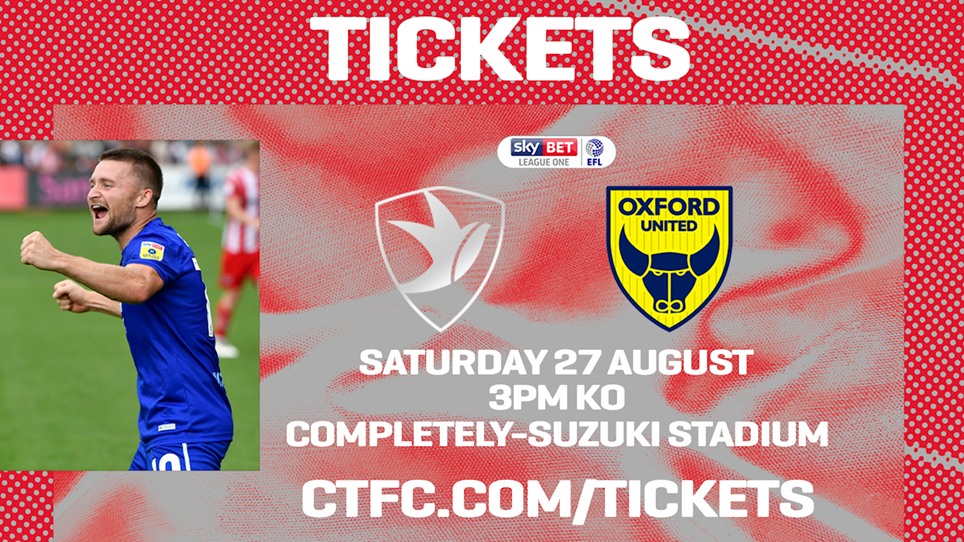 Grab your tickets for Oxford United this Saturday


Tickets are selling fast ahead of our home match this weekend against Oxford  United (3PM KO) at the Completely-Suzuki Stadium. 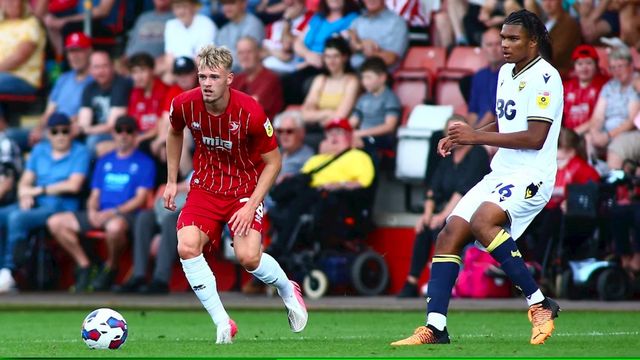 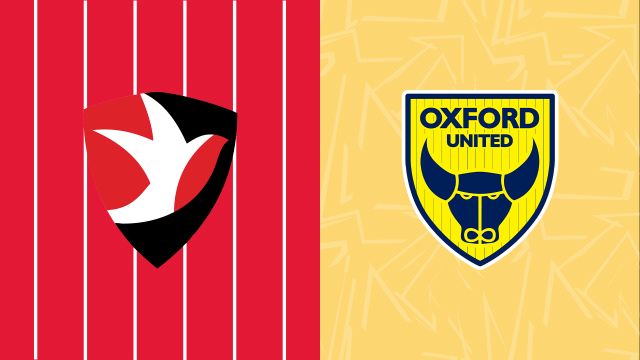