The Robins bowed out of the Carabao Cup in the first round after an evening to forget against Exeter City at the Completely-Suzuki Stadium.

A brace from Sam Nombe as well as goals from Archie Collins, Matt Jay, Josh Sparkes, Harry Kite and Josh Coley ensured a heavy defeat for the Robins on a difficult evening for Wade Elliott’s side.

Elliott made eight changes to the team that started last Saturday’s defeat against Barnsley, handing debuts to Will Ferry, Tom Bradbury, and James Taylor.

Exeter’s first goal came mid-way through the first half. Jake Caprice found space on the right-hand side of the penalty area and squared the ball to Nombe who couldn’t miss from just a couple of yards out.

The visitors kept up the pressure and Collins soon had their second goal in as many minutes, stroking the ball low into the corner of the net from 20 yards out after good work down the left wing by Alex Hartridge.

Things got even worse for the hosts when Grecians skipper Jay was able to head Caprice’s cross past a despairing Luke Southwood, putting Exeter in firm control of the contest.

Nombe then added a fourth in emphatic fashion, getting on the end of Pierce Sweeney’s floated delivery to power home with his head.

George Lloyd had a chance to get the Robins back into the game after receiving the ball wide to the lefthand side of the penalty area, but with the angle against him could only fire straight at Scott Brown.

Inside added time in the first half, the Grecians added a fifth. Nombe’s trickery saw him pass Bradbury and thread the ball across the box for a tap-in for Jack Sparkes.

Exeter’s relentlessness didn’t stop in the second half, with Kite smashing the ball into net from the edge of the box after Horton’s clearance fell at his feet.

The Robins managed to somewhat steady the ship for much of the second half, and Charlie Raglan made an impressive clearance underneath his own crossbar to deny Jay’s right-footed shot.

However, with five minutes remaining Coley found Exeter’s seventh, squeezing one in at Southwood’s front post after weaving his way into the box and making space for a shot.

In added time, substitute Alfie May stung the palms of Brown, striking the ball on the bounce with his left foot, but the Robins were ultimately unable to find a consolation goal. 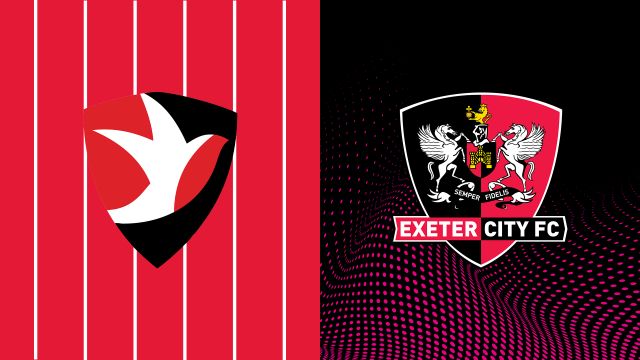 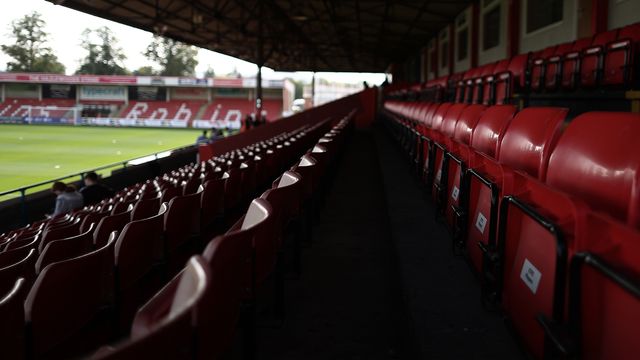