Both clubs have experienced plenty of different fortunes since they were last league counterparts.

Wigan have made it up into the Premier League where they held their own for a number of seasons, also earning qualification for European football, while Cheltenham are back in the joint highest level in their history having in that time moved up and down between tiers three to five.

Saturday's game is another long away trip north and all set to be another big test at a new level this season. Wigan sit top of the division and are hoping to achieve promotion to the Championship.

Cheltenham fans making the journey this weekend should be aware that junction 10 of the M6 will be shut at the weekend. An 'up and over' diversion will be in place.

New loan arrival Christian Norton is expected to be included in the squad for the first time after he began training with his new teammates this week.

Fellow loan striker Kyle Joseph (pictured) could return to the side after he missed Tuesday's Carabao Cup third round tie at Preston North End due to being cup-tied.

Defender Charlie Raglan is expected to be a part of the squad, though Callum Wright definitely misses out through injury.

A decision will be made on whether Liam Sercombe is possibly available to be fit and included in the squad. 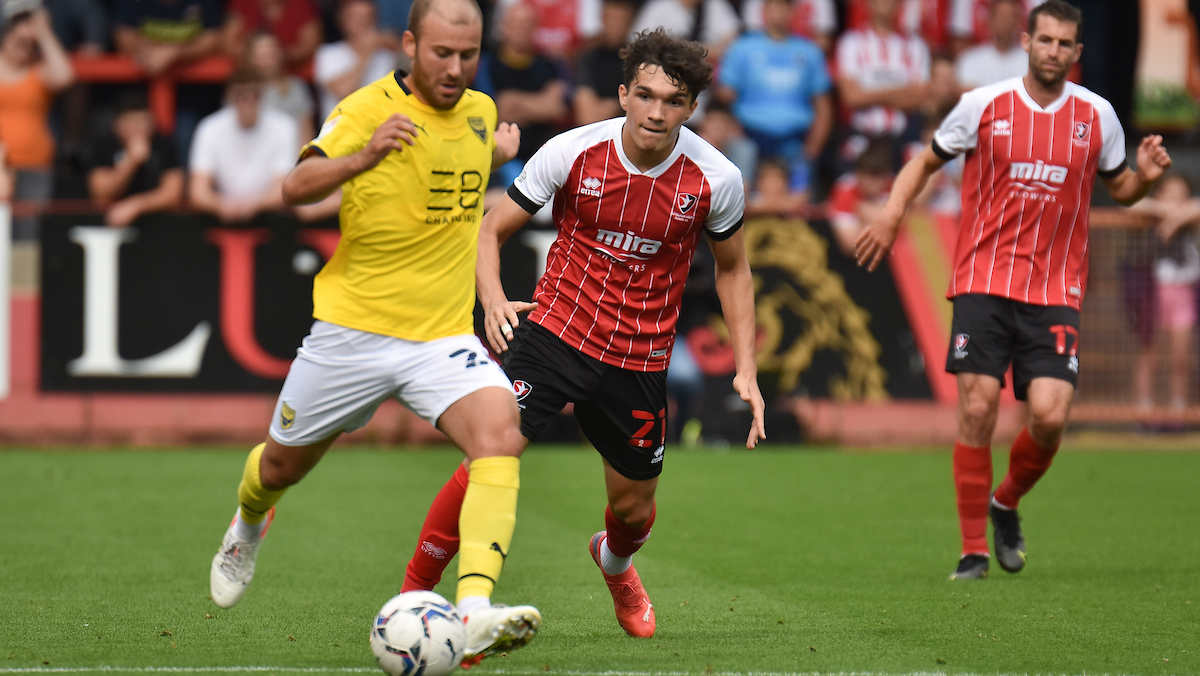 Michael Duff is well aware of the vast challenge that faces his side, as well as on Tuesday with a visit to Sunderland also to come.

"It's our job to try and find a weakness and the first thing we need to do is make sure we deliver a performance.

"It's all good having ideas and plans, but if the players don't stand up and be counted first and foremost, we won't be in the game.

"We'll go up, prepare properly, go up and train tomorrow and try our best - that's all we can do. The next two games are the ultimate free hits."

See the full interview with the Robins manager for free by watching on iFollow.

New loan arrival Christian Norton has also been speaking about his transfer to the club and potential debut on Saturday on iFollow.

Last season Wigan Athletic overcame worrying financial problems and difficulties on the pitch to secure their League One status by a single point. This time around after seven matches they find themselves top of the division they were almost relegated out of just a few months ago.

Under new ownership they are one of many ambitious clubs in the third tier. It's now their second season at this level after relegation from the Championship at the end of the 2019/20 campaign, while it was just back in 2013 when they were last playing football in the Premier League - an eight season stay they had in the world's biggest league.

Hoping to climb back into the level below the top flight, they boast an excellent squad which includes noteworthy front man Charlie Wyke, who transferred to the DW Stadium in the summer from league rivals Sunderland.

Ex-Portsmouth man Jack Whatmough, the well-travelled Tom Naylor and Jordan Cousins are just some of the names who provide their team with a platform in defence and midfield - while goalkeeper Ben Amos, is a previous England under-21 international who started his career at Manchester United.

After two caretaker stints, Leam Richardson was confirmed as Wigan manager in April at the end of a 2020/21 season where he helped the Latics survive relegation to League Two.

He had been assistant to previous boss Paul Cook but is now in full charge at the DW Stadium.

It's his second managerial role. Between 2012 and 2013 he took charge at Accrington Stanley - the club where he ended his playing career which also saw him pull on a shirt for the likes of Bolton Wanderers, Notts County and Blackpool. 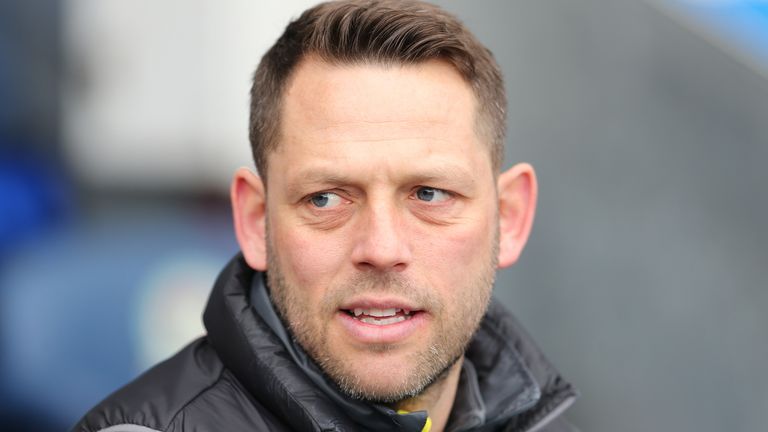 The two clubs have only met twice before, and it was at the same level in the pyramid, back during the 2002/03 season.

The first meeting in August at Whaddon Road saw Andy Liddell and Lee McCulloch score the goals to help the Latics to a 2-0 win.

When the sides met again later in the season in February at Wigan, the match ended goalless, with the opposition team that day including the likes of Jimmy Bullard, Nathan Ellington and Gary Teale - all players who would go onto play a significant role in their promotion to the Premier League a few years later. 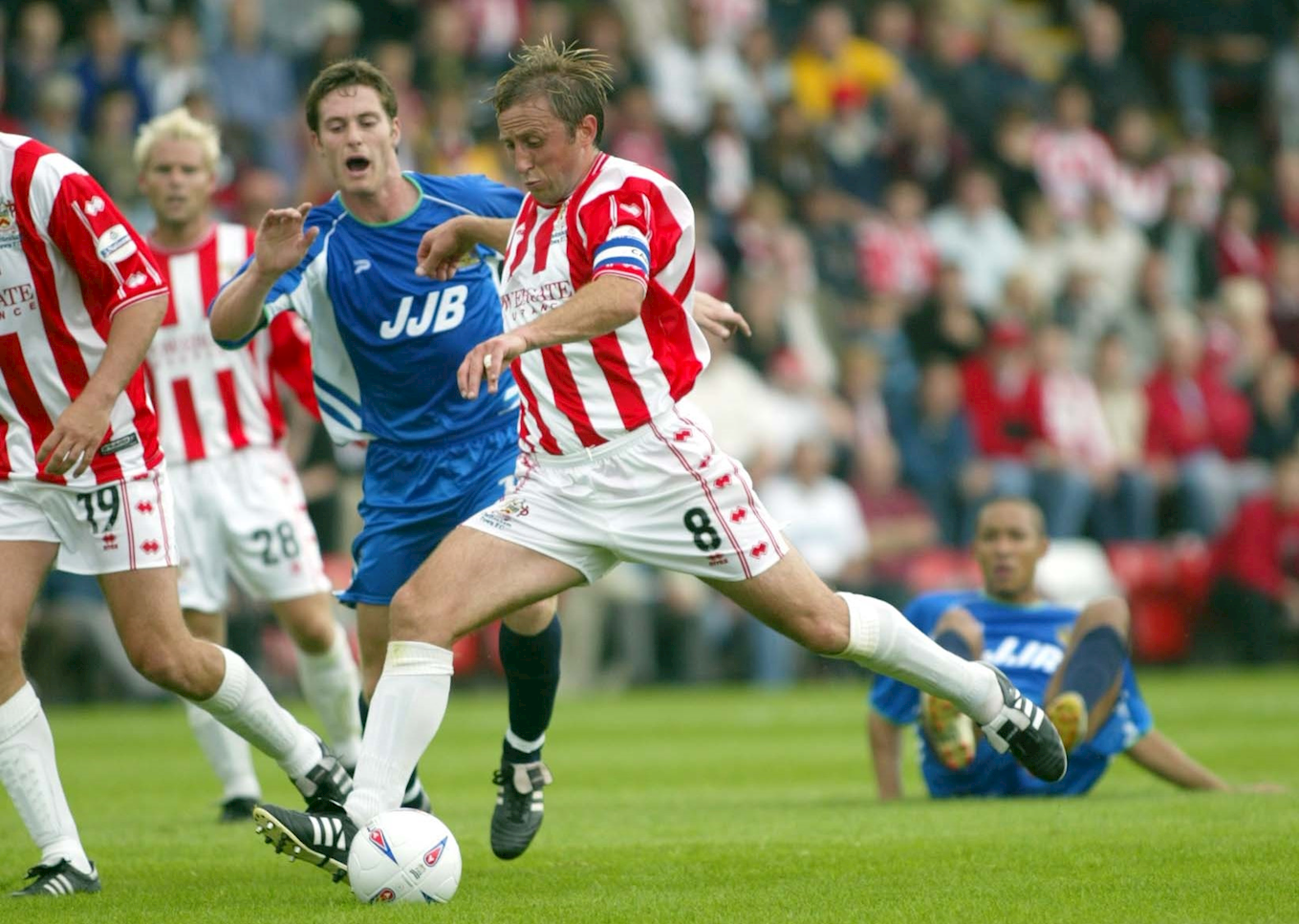 Fans who have booked onto the Travel Club coach can board from 9.30am when it departs from the Jonny-Rocks Stadium.

Any tickets purchased, but not collected from the Cheltenham ticket office, will be available to collect from Wigan on the day.

Travelling fans should be made aware that junction 10 of the M6 will be shut at the weekend. An 'up and over' diversion will be in place so expect traffic if choosing this route.

Highlights: Watch extended highlights on iFollow, on Sky Sports, on Quest and on the CTFC YouTube channel.

Powerful top of the table Wigan Athletic inflicted defeat on Cheltenham Town at the DW Stadium.

Goals from Callum Lang and Charlie Wyke continued the Latics early season impressive form and condemned the Robins to a first League One defeat in five games.

Liam Sercombe returned to the starting XI for Michael Duff's men with the midfielder also handed the captains armband in the absence of the injured Will Boyle.

The league leaders got off to the best possible start when Lang got in behind and buried his shot on goal after just eight minutes.

Having began to settle, Cheltenham required goalkeeper Scott Flinders to pull off a much needed save to deny Lang and Wigan a second, with the experienced shot-stopper doing well to spread himself. 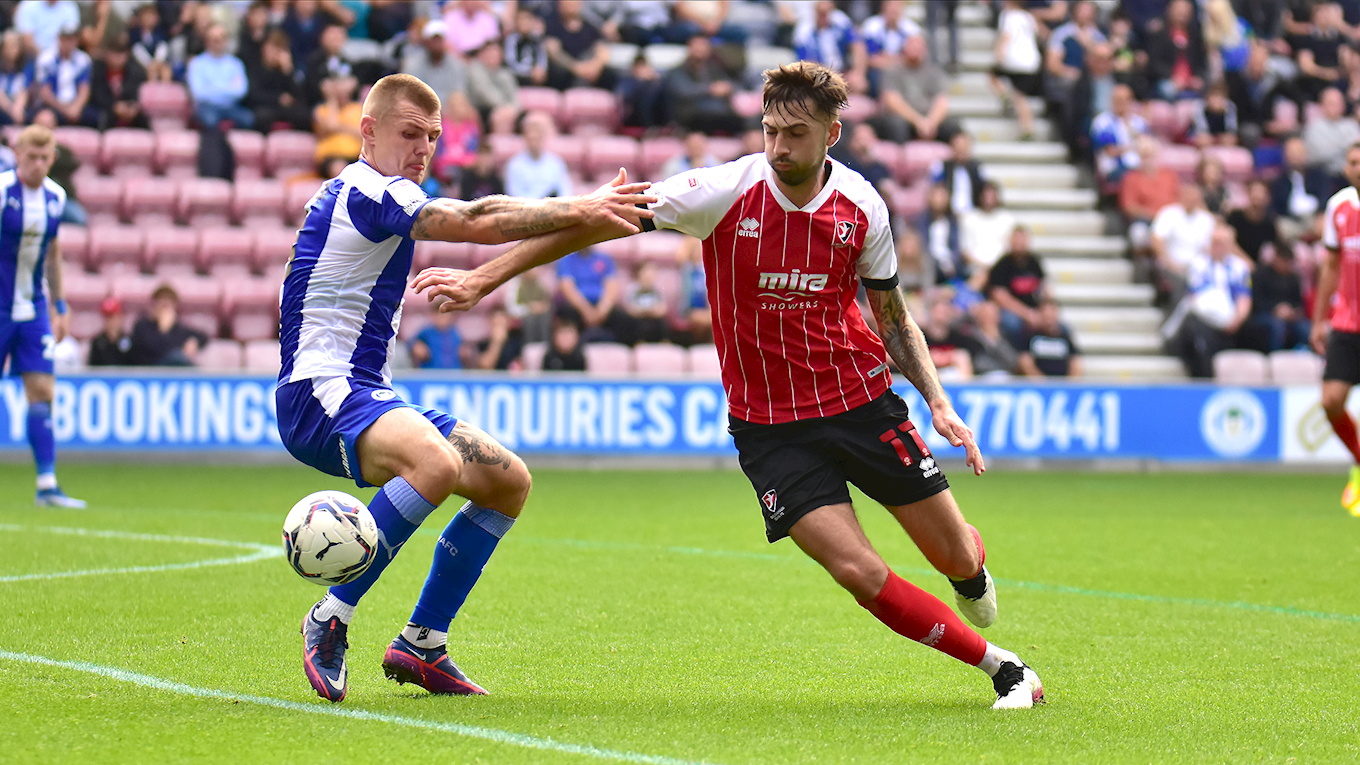 Lang was a real threat for the Latics, and he had another good shooting opportunity blocked brilliantly by Chris Hussey just past the half hour mark.

Wigan's forward momentum continued when Tom Naylor powered a shot just over the bar, though they couldn't add to their tally before the half time break.

It didn't take them long to do so in the second half however. Within just two minutes of the restart former Sunderland man Wyke guided home from a square pass to extend Wigan's lead.

Half time substitute Taylor Perry impressed after coming on, and he set up Sercombe for a hit on goal that Ben Amos stopped. 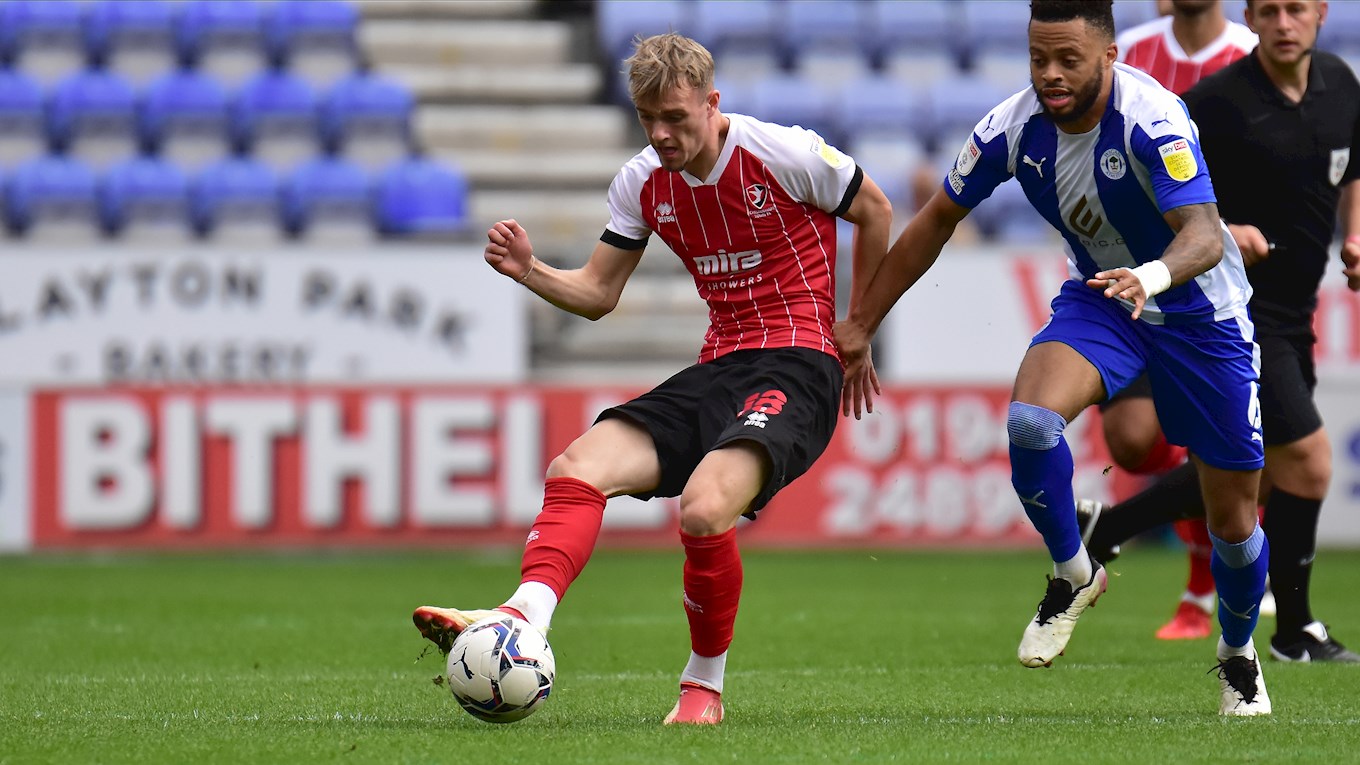 Another substitute, Kyle Vassell, tried his luck after Flinders forced the ball forward quickly from a long kick forward, and saw his effort just skip wide.

Flinders was called into action immediately after when he had to tip Naylor's flicked header from a Max Power free kick around the post.

On 90 minutes debutant Christian Norton earned a corner when his shot in the box clipped a Wigan man on the way through, but it would prove to be the first league game of the season Cheltenham couldn't find the net in, as Wigan completed a controlled win.

Cheltenham Town fans can get their hands on tickets for the forthcoming League One fixture at Wigan Athletic from the ticket office.

Supporters can buy either online or in person from the ticket office for the visit to the DW Stadium on Saturday 25 September.

The game at the 25,000 capacity stadium in Greater Manchester kicks off at 3pm on the day.

The Travel Club coach heading north will be leaving from the Jonny-Rocks Stadium at 9.30am.

You can buy tickets online at any time or from the ticket office at Cheltenham during opening hours.

The club receive 5% of tickets sold when fans buy through Cheltenham.

Any tickets that are purchased, but not collected from the ticket office, will be available for collection on the day at Wigan. 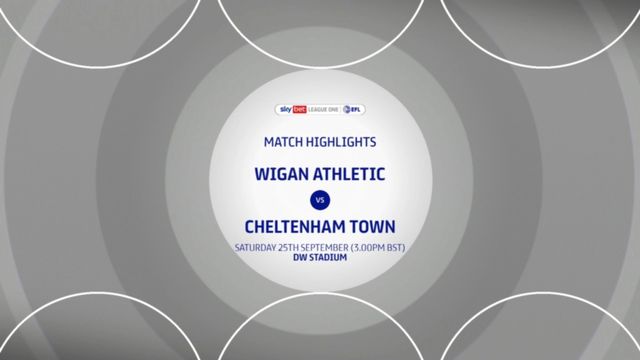 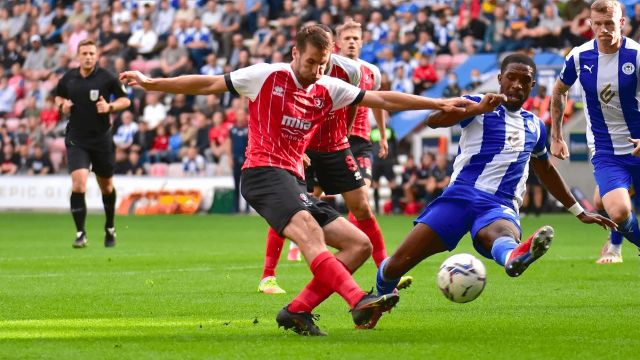