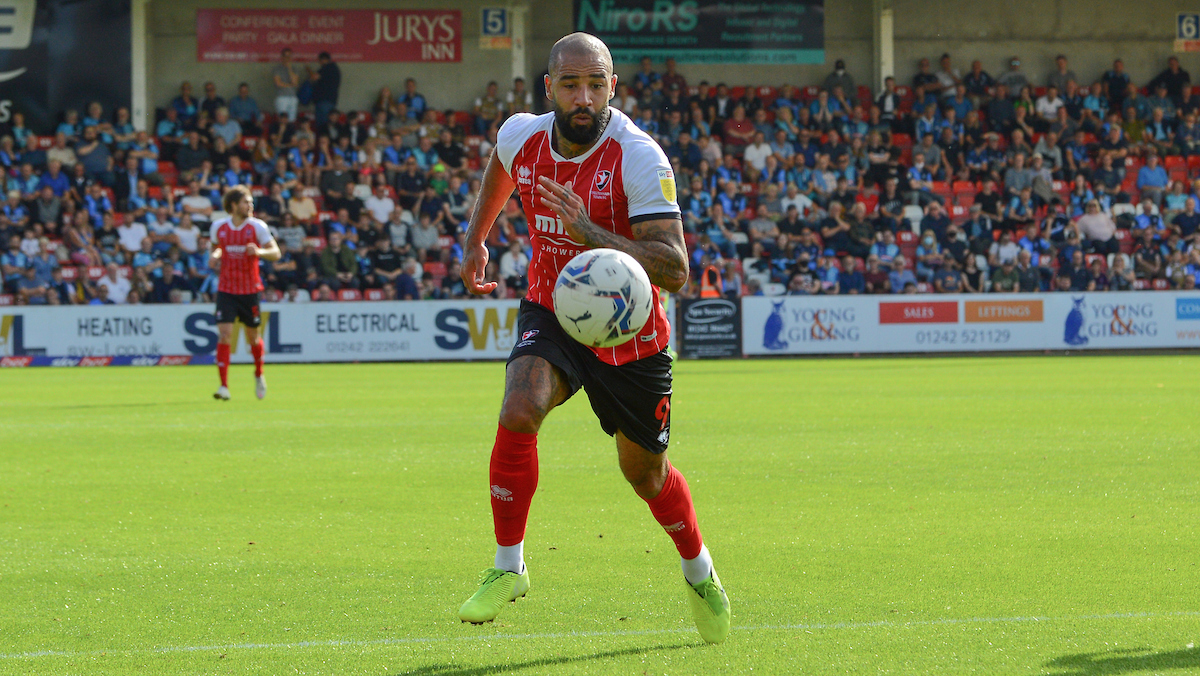 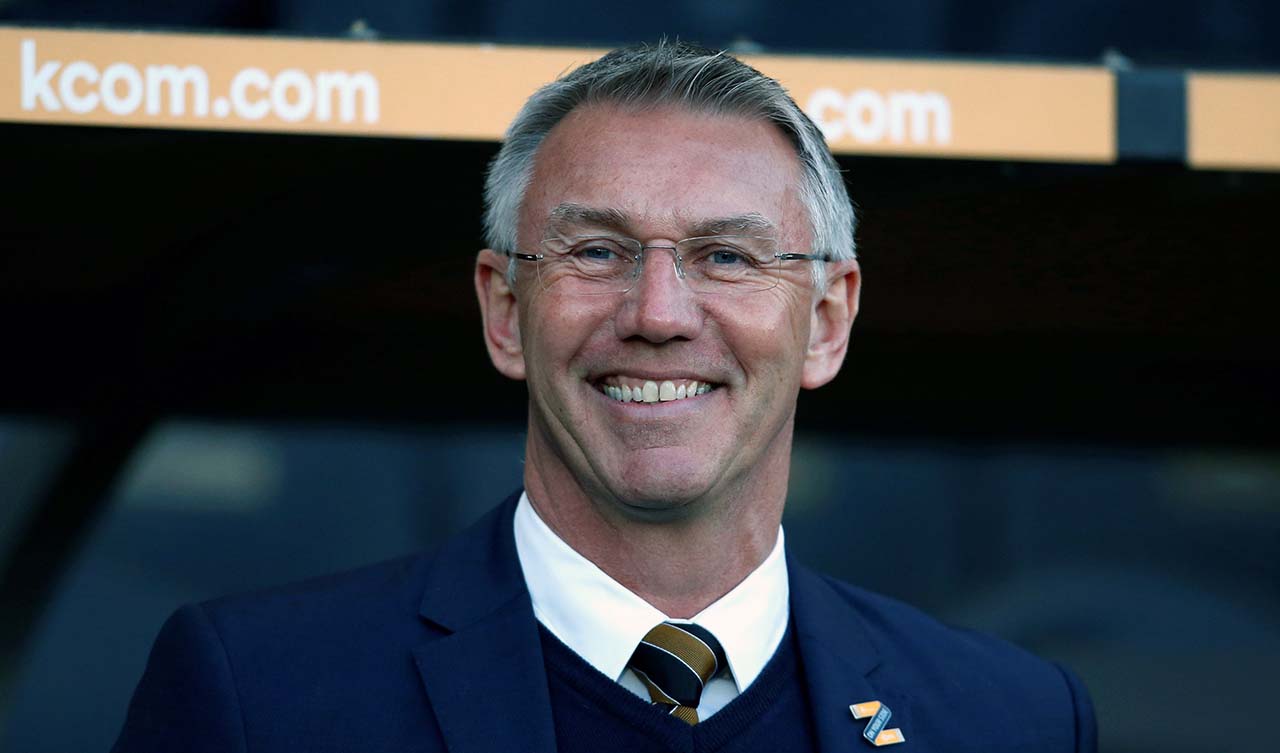 Michael Duff marked the third anniversary of his appointment at Cheltenham Town with another famous win, this time away at Charlton Athletic.

The League One adventure is fraught with tough challenges against some of the giants of the English game but just as they did against Ipswich Town last month, Michael Duff's side belied their resources to deliver an organised and cohesive performance to run out deserved winners.

All the damage was done before the break and first-half goals by Matty Blair and Taylor Perry clinched it for the Robins, beating a side packed full of cup winners, internationals and Premier League pedigree.

They shipped a goal early in the second half but despite the setback and the volume inside The Valley, Duff's side managed the game superbly to restrict their opponents and secure the points in the end.

"I think we've already proved that [we belong in League One] already," said Duff afterwards.

"The most pleasing aspect of today was the final 20 minutes. Last week when we were winning we just tossed the ball away. We had a 15-minute spell today when we were rocking and they scored but we wrestled back momentum by still playing and passing the ball. It killed their momentum.

"That's the learning that you want to see. I think that's the fourth time we've gone 1-0 up so to get a win from it is another positivee. I think every player on the pitch, the ones that weren't and the supporters were all good value for the win today.

"It was probably a lot tighter than it should have been." 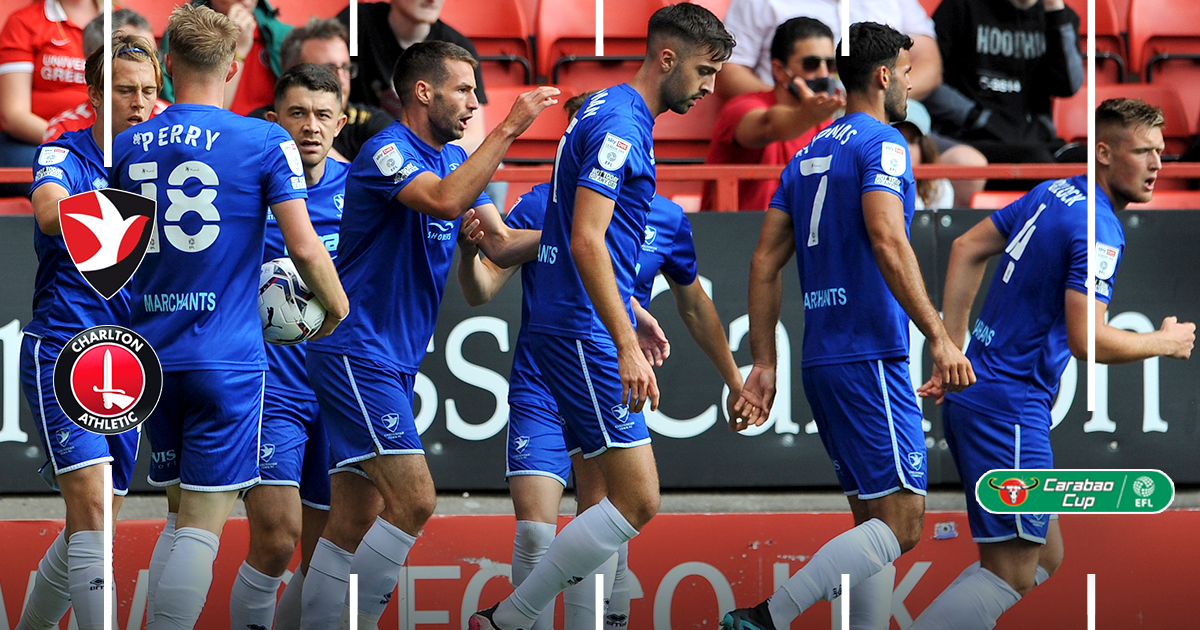 He made three changes here. Matthew Pollock made his first league start in the centre of the back three, flanked by Will Boyle and Sean Long, while Conor Thomas and Taylor Perry returned at the expense of Liam Sercombe and Kyle Joseph.

And they made the perfect start, taking the game to the home side from the first whistle to take a sixth minute lead and silence the boisterous home faithful.

Callum Wright created it with some good play down the right before crossing for Tyler Perry, who called Craig MacGillivray into a fine stop from 12 yards. However Blair was alive to the loose ball and produced a low, measured effort across the Charlton number one to hand his side an early advantage.

Early discontent spread quickly through the stands and Wright had a chance to add a second, but he rolled an effort straight at MacGillivray. Next he kicked away an effort from May.

But there was little he could do to prevent Perry extending the lead 13 minute before the break and again the chance came about after some incisive play down the right which saw Wright tee up Blair to centre. 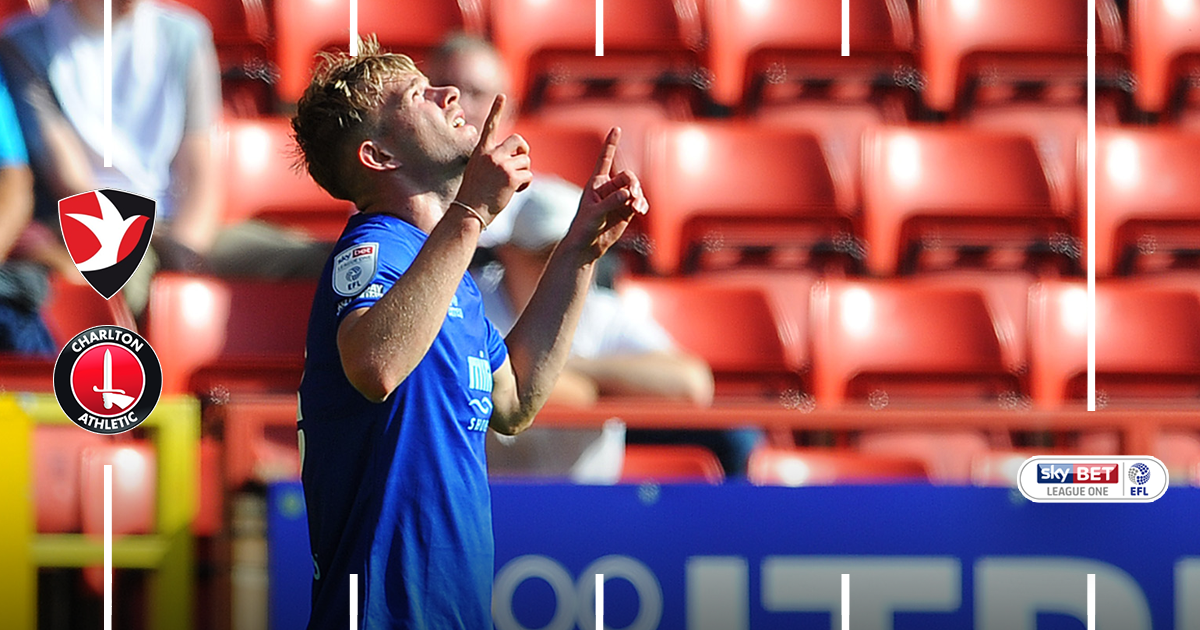 The defender fizzed in another low ball and the Wolves loanee guided it home to notch his first league goal for the club.

Cheltenham were lucky not to concede within three minutes of the second half after some sloppy play by Scott Flinders. He found jayden Stockley, who rolled it out to Diallang Jaiyesimi but he blasted it well over from a good position.

But Charlton pulled one back just shy of the hour, a move that started with Albie Morgan lifting one into the box, finding Conor Washington. He teed up his fellow subsitute Jonathan Leko who smashed home from the angle.

Leko changed the momentum of the game for the hosts after his introduction and went close to making it two just a few moment later but he dragged his 20-yarder a foot past the left upright.

Cheltenham had responded well to the setback and stuck their task to again frustrate the large home crowd and should have added a third with 15 minutes remaining when Wright was gifted a free header from a Chris Hussey corner kick, but the midfielder was denied by a sensational save.

Will Boyle then had a chance of his own, redirecting a Conor Thomas volley but it dropped wide.

At the other end Matthews and Stockley had late chances but Duff's man stuck to their task to close out the game an clinch another win to live long in the memory.

Tickets and away travel for Cheltenham Town's fixture at Charlton Athletic on Saturday 11 September are available to purchase from the ticket office and online.

The Robins head to the 27,000 capacity The Valley in the capital for the next first away match in September.

Please note there is a £3 increase for adults and concessions on the day.

The Travel Club will be departing from the Jonny-Rocks Stadium at 10am.

You can buy tickets and purchase away travel online for the game. You can also visit the ticket office to buy.

Any tickets that are left uncollected from the Jonny-Rocks Stadium ticket office ahead of the game will be available for collection from the ticket office at Charlton on the day.

Fans are also reminded that 5% of tickets sold through Cheltenham will go as income to the Robins. 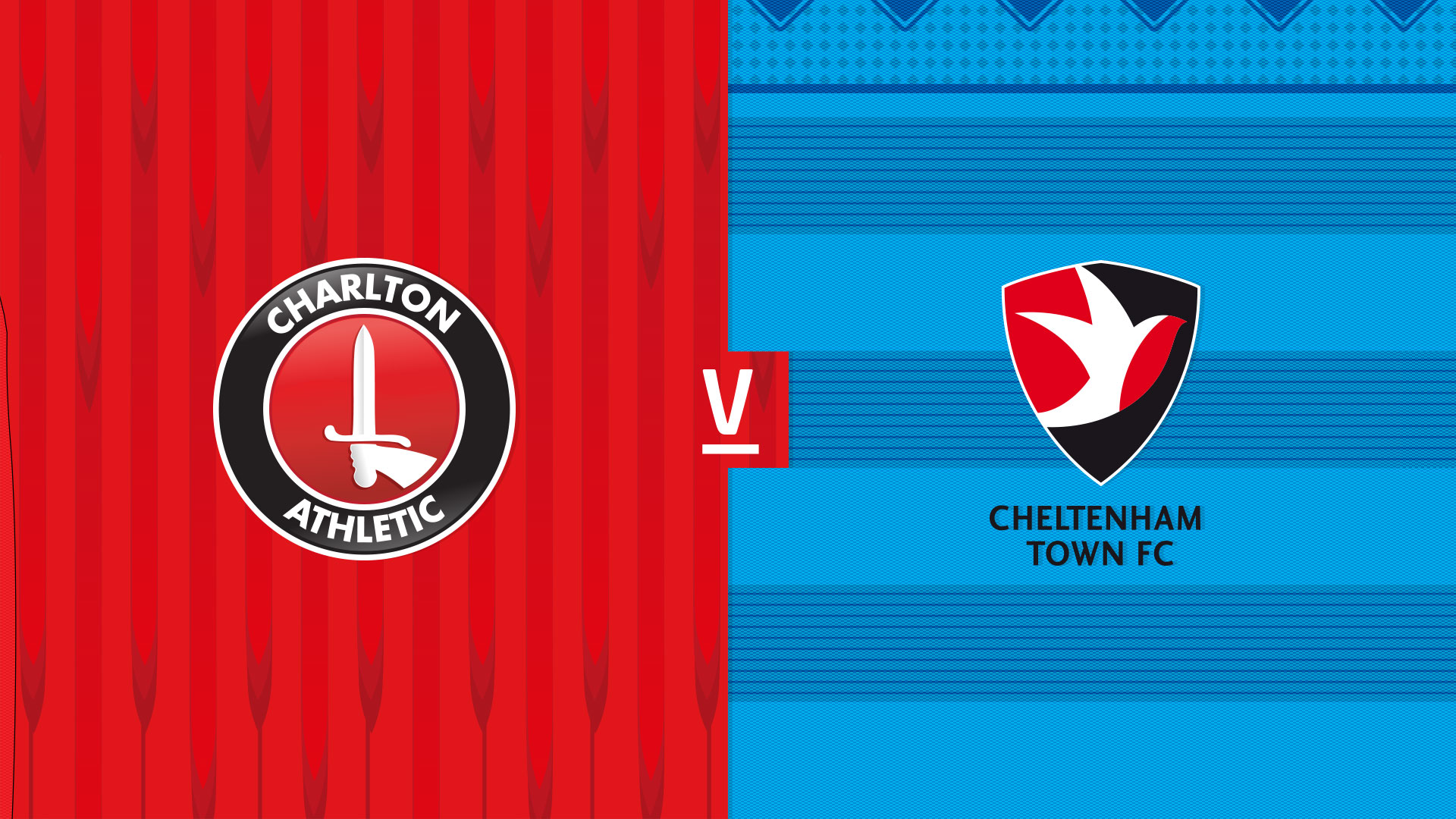 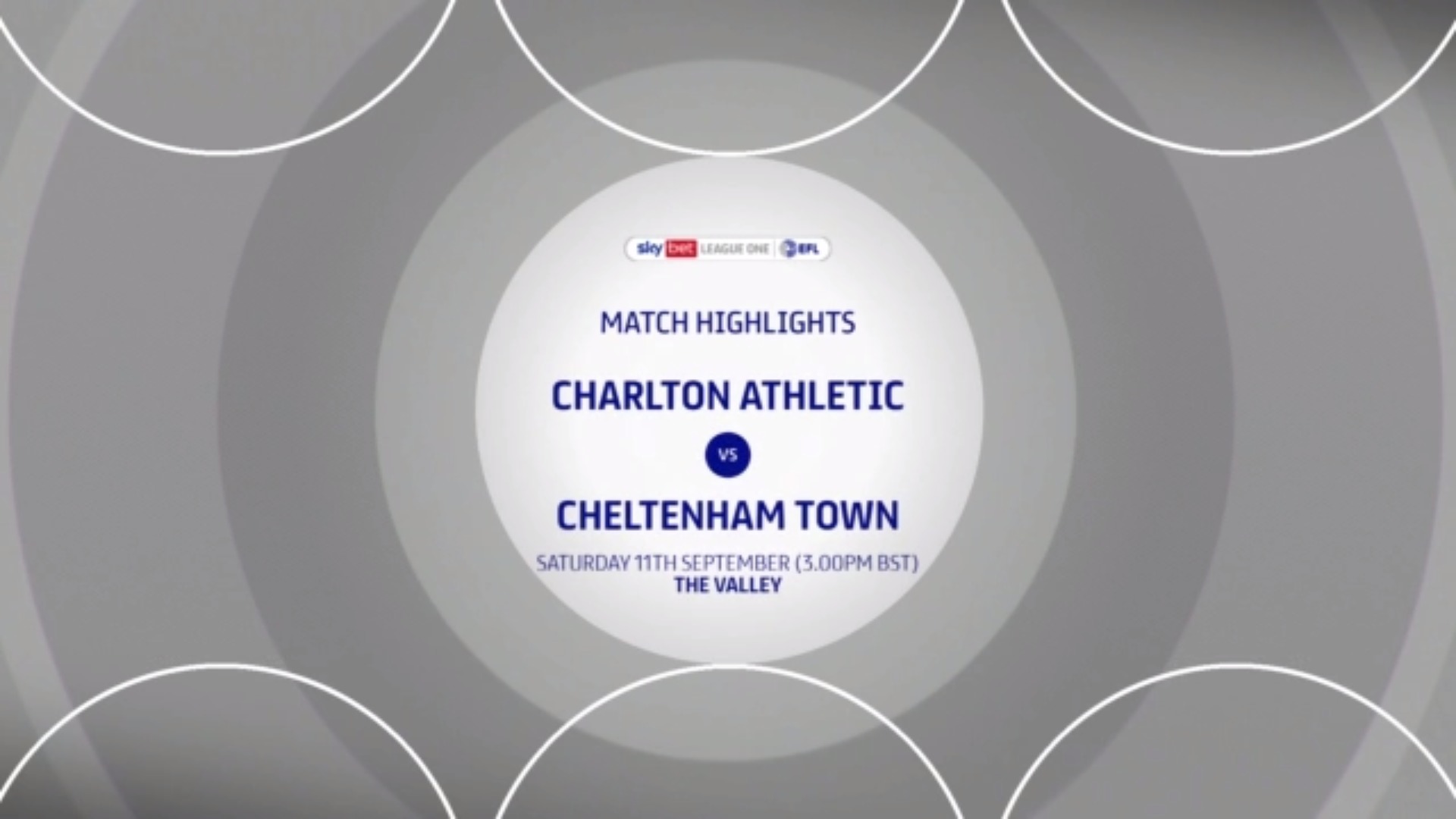 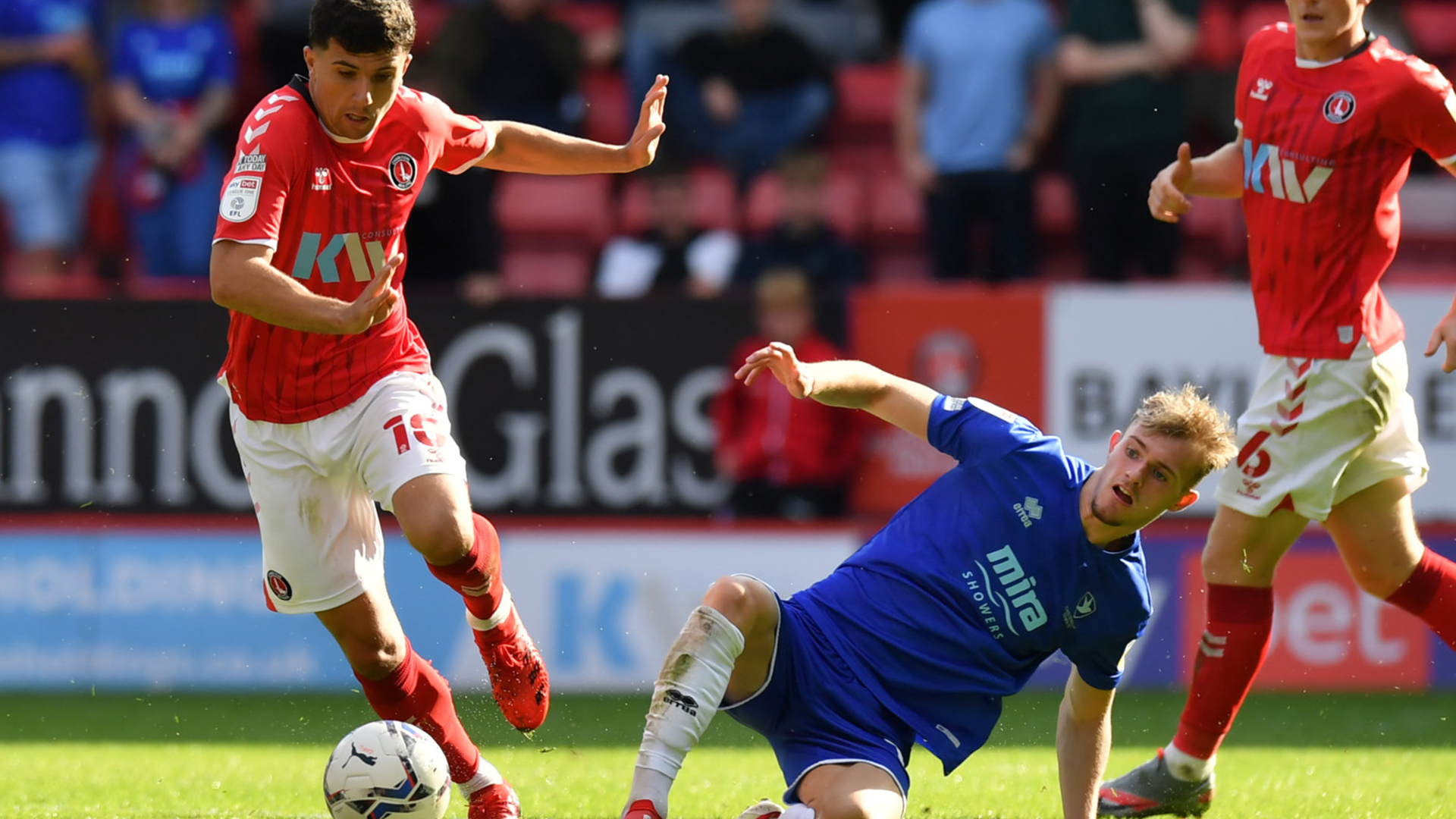