Access to the match live on iFollow will be available here from 1 hour before kick-off
Buy a pass:
toggle inactive

In a month dominated by home matches, Cheltenham Town make a rare away visit to Doncaster Rovers on Saturday (kick-off: 3pm).

The Robins have faced four consecutive home matches and the visit to Donny is the only away match in an October that sees six other games all played on home turf.

Having enjoyed back-to-back League One wins over Accrington Stanley and Morecambe this weekend represents another good opportunity to build on that positive form.

Though opponents Doncaster are struggling at the bottom of the table it will be a tough outing against a team who know the level well and who are desperate to pull themselves away from the lower end of the division.

There are no new injury concerns heading into the match. It's been confirmed that Will Boyle (pictured) will be missing for four to six weeks due to an ankle ligament injury.

Charlie Raglan will also miss the game because of a knee problem. Loan duo Callum Wright and Taylor Perry both miss out due to injuries too. Although Doncaster are struggling at the wrong end of the table, Michael Duff won't be taking anything for granted on Saturday.

"They are a much bigger club than us. They've been at the level longer than us and they've got a manager who has won the league we've just got out of," he said in his Thursday press conference.

Watch Duff's preview of Saturday's game for free on iFollow.

Alfie May has also been looking ahead to a return to his former side. He said: "I will be interested to see the fans reaction. I left on good terms personally and I look at every fixture that they play to see how they've got on. It is a club close to my heart and I've got a lot of respect for.

"We can't think because they're bottom of the league that we're going to turn them over."

Watch May's interview before this weekend's game exclusively on iFollow.

Saturday's opponents have endured a difficult season so far and sit bottom of the League One table having registered seven points from 12 matches so far.

It's the South Yorkshire side's fifth consecutive season at this level but their only league wins so far have come in victories over Morecambe and MK Dons.

One of Mattie Pollock's Watford teammates, Pontus Dahlberg, is their man to rely on in goal. He has two international caps for Sweden.

Going forward Jordy Hiwula provides good Football League knowhow, while 18-year-old Tiago Cukur is another on loan from Watford. Ghana born Joe Dodoo also has quality that will prove dangerous to deal with.

They've used the loan market well, bringing in the likes of Ethan Galbraith from Manchester United and Matt Smith from Arsenal, while their experience comes in the form of midfield man John Bostock and ex-Peterborough midfielder Tommy Rowe.

Cheltenham academy graduate Ed Williams is also on their books though he's not featured for them since August.

In May, Richie Wellens was reunited with one of the clubs from his playing career, but this time as their manager.

It's his fourth managerial position having previously taken charge at Oldham Athletic, Swindon Town and Salford City. It was with Swindon he was crowned League Two champions at the end of the shortened 2019/20 season because of covid-19.

In his playing days after coming through the system at Manchester United he played as a midfielder for the likes of Blackpool, Oldham, Doncaster, Leicester City, Ipswich Town, Shrewsbury, Salford and Macclesfield Town. 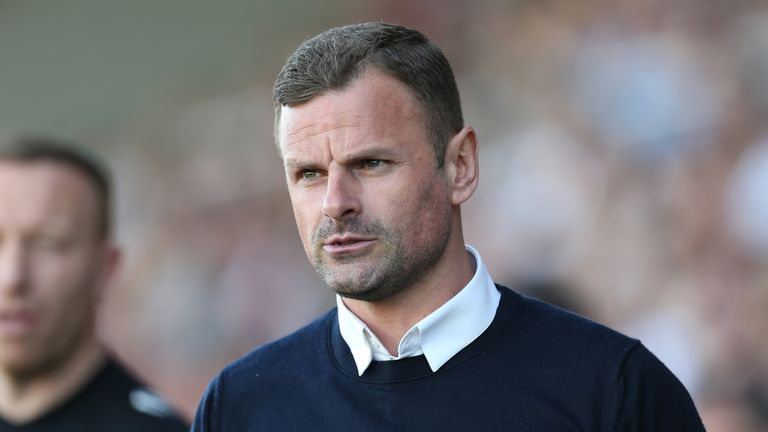 Tickets can be bought on the day from 1pm onwards from the Club Academy Doncaster reception.

Fans who have booked onto the Travel Club coach are reminded that the departure time is 10am.

If you haven't been able to pick up your tickets for the game from the Cheltenham ticket office, they will be available to collect from Doncaster on matchday.

Here is a useful video guide for visiting the Keepmoat Stadium:

Tickets and away travel for Cheltenham Town's away match at Doncaster Rovers on Saturday 23 October are now on sale online and from the ticket office.

It's the first team's only away fixture in October and the first visit to the Keepmoat Stadium since March 2017 when the clubs last clashed in League Two.

The Travel Club coach heading to the game will depart from the Jonny-Rocks Stadium at 10am.

You can buy tickets for the game online or from the ticket office.

Supporters who purchase through Cheltenham will see 5% of their purchase go back to the Robins.

If you are unable to collect your tickets from the ticket office at Cheltenham you can do so from Club Doncaster Academy at the Keepmoat Stadium on the day which is positioned next to the away reception.