Back at home for the first time after three consecutive away matches, Cheltenham Town will be hoping to start October brightly against Rotherham United on Saturday (kick-off: 3pm).

Saturday's game against Rotherham is back on home turf, but the challenge remains the same against a team who have enjoyed a good start to the season and who were playing in the Championship last season - and aiming to get back there at the first attempt.

Tickets for Saturday's fixture are available to buy online. It's recommended you buy in advance and arrive with plenty of time on matchday to purchase or collect on the day tickets.

Enjoy some pre-match hospitality with the extended bar offering in the car park, while there will be an exciting new food option on sale too ahead of the game positioned by the club shop and ticket office.

Charlie Raglan is closer to a return having missed out recently because of an injury. Kyle Vassell will be hoping he may be close to facing his former side.

Callum Wright and Will Boyle (pictured) are definitely out of contention due to injury. 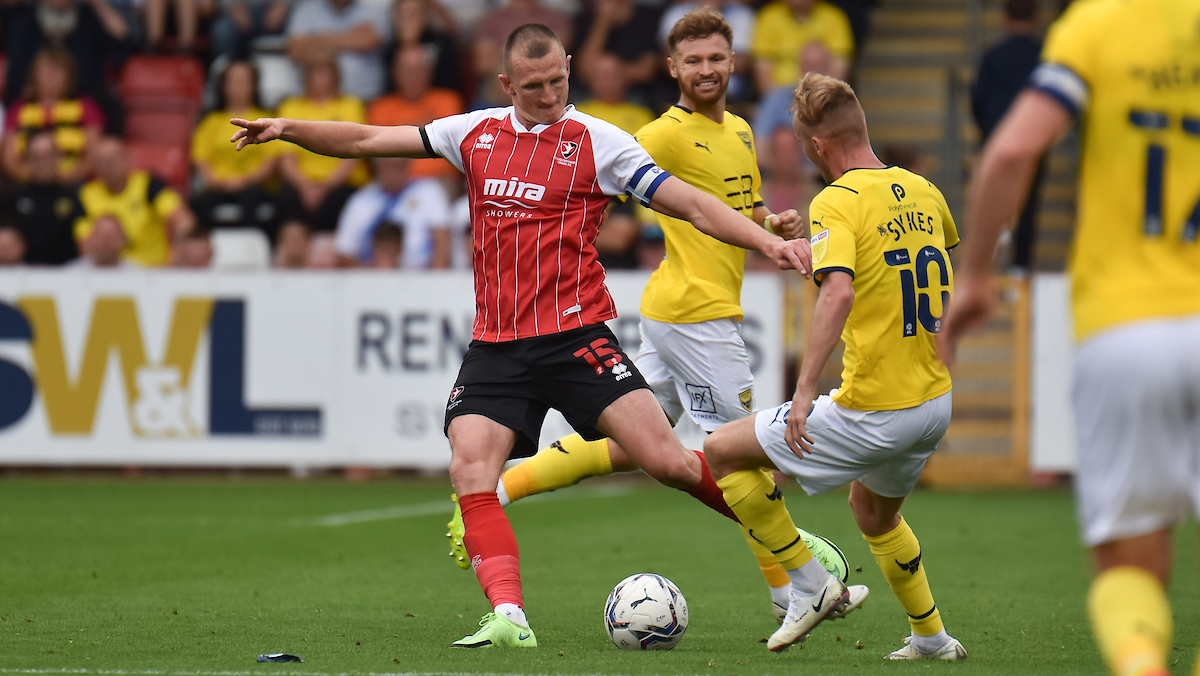 Boss Michael Duff says there will be no overreaction to recent losses at Wigan Athletic and Sunderland ahead of Saturday's game.

"It was a tough week against a good team and we didn't perform and that's what happens. We've said it since the start of pre-season, we're going to get a few of them," he said in his press conference.

Once again Rotherham United are pushing for promotion to the Championship in League One. It's a level they competed in last season but only for one season having earned promotion to that stage of the pyramid in 2019. Previous to that they'd spent three seasons in the second tier between 2014 and 2017.

They currently sit fifth in the table and have made a good start to life back in the third tier. They go into Saturday's match four unbeaten having won at home to AFC Wimbledon on Tuesday evening.

Ex-Robins loanee Michael Ihiekwe will also be returning to Gloucestershire having spent a part of the 2013/14 season at Whaddon Road.

With over 250 League appearances as a player for Rotherham United and now five years as a manager, Paul Warne has the Millers running through his veins.

In his time as a manager at the New York Stadium he's twice helped them achieve promotion to the Championship from League One.

It's the only club he's managed since he took over from Kenny Jackett in 2016 after a playing career that saw him begin in non-league in Norfolk for the likes of Great Yarmouth Town, Diss and Wroxham.

A midfielder, he broke into the professional ranks at Wigan Athletic and has also spent time at Mansfield, Kettering, Oldham Athletic and Yeovil as well as his lengthy stints with Rotherham. 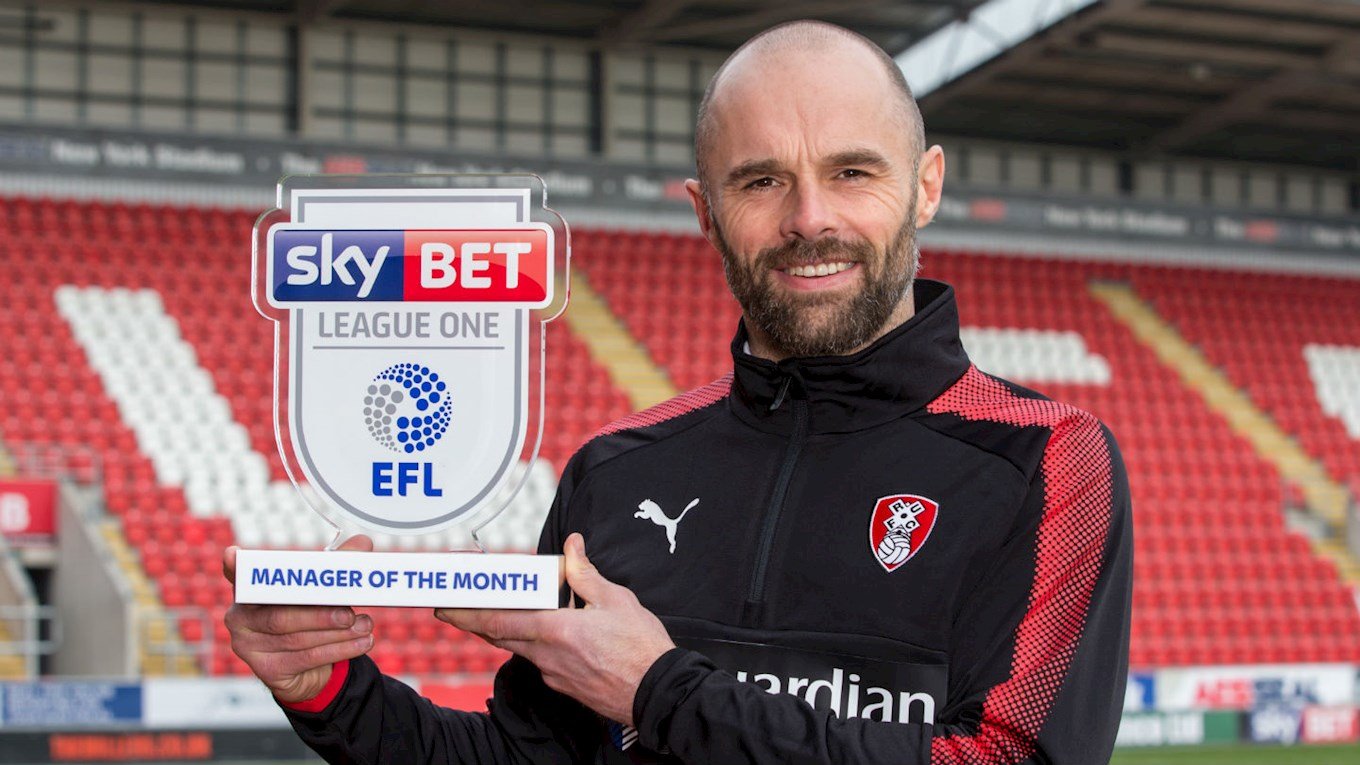 Supporters can save £2 on matchday prices by buying before midnight on Friday. Prices go up on the day whether buying in person or online. Online sales end on Saturday at 12pm.

Pre-paid tickets can be collected for the Autovillage Stand, Paddock, Tunnel and Speedy Skips from the Portakabin in the car park, while Colin Farmer Stand tickets and purchases can be made from the new point near to the Parklands turnstiles.

If you are buying on the day for standing areas in the stadium visit the Portakabin to buy, while Autovillage Stand tickets can be bought from the ticket office.

It's strongly advised that fans leave plenty of time to purchase or collect tickets. A reminder that the turnstiles at the Jonny-Rocks Stadium are now cashless.

The club shop is open ahead of the game and for a short while afterwards. Supporters yet to collect their copy of 'All Your Dreams Are Made' can do so from 1.30pm either in or outside the shop dependent on the weather.

The big interview in Saturday's match programme is with young midfielder Ellis Chapman as he reflects on a pleasing start to the season personally for him.

The programme is on sale around the stadium at a price of £3 and can also be purchased online. 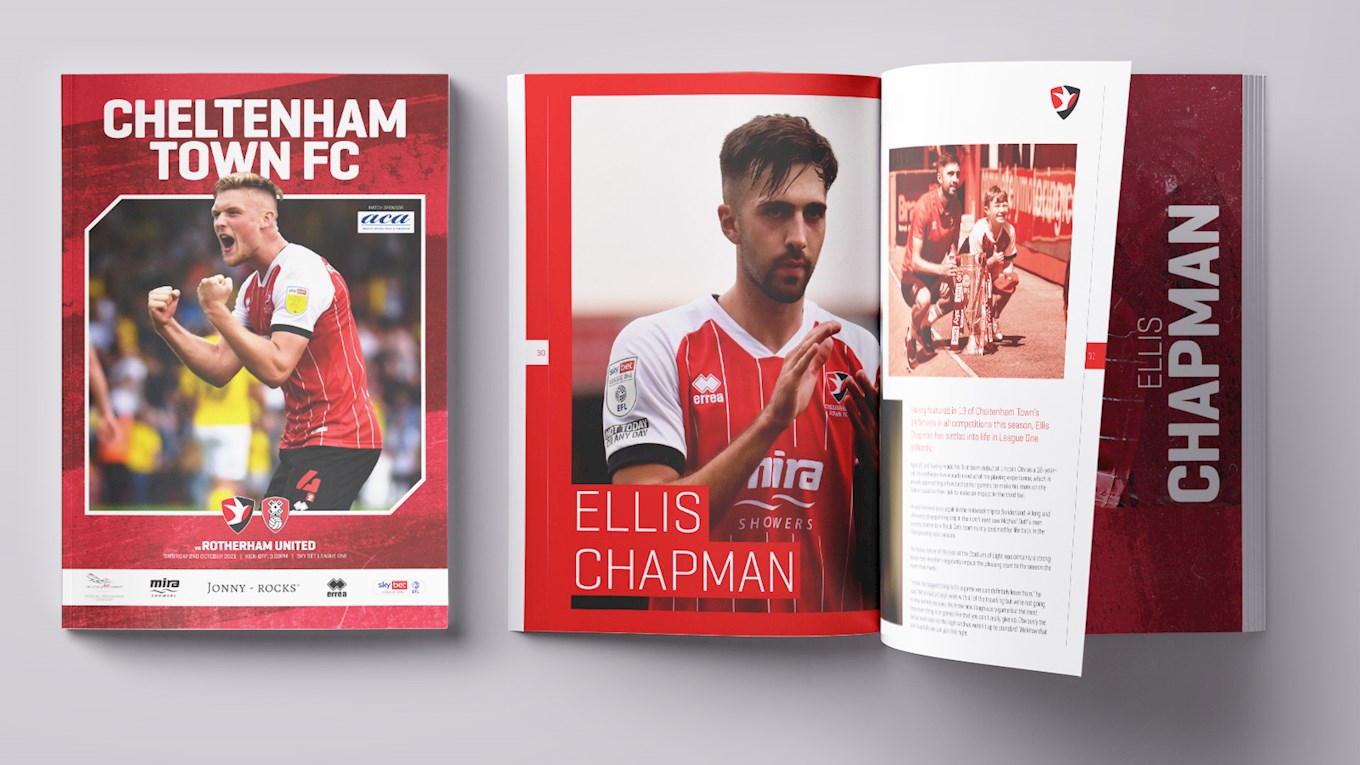 On Saturday we are delighted to be welcoming ACA Creative to the Jonny-Rocks Stadium as match sponsors.

They were formed in 2014 by Cheltenham born Lisa Herrick with their business based in North Oxfordshire.

They work with clients from across the UK, primarily in professional sport producing matchday programmes, high quality books and bespoke design and print.

Some of the clubs they work with include Leeds United, Burnley, Wolves, Coventry City, Derby County, Huddersfield Town, Gloucester Rugby, Sheffield Wednesday, Rotherham United and ourselves here at Cheltenham. 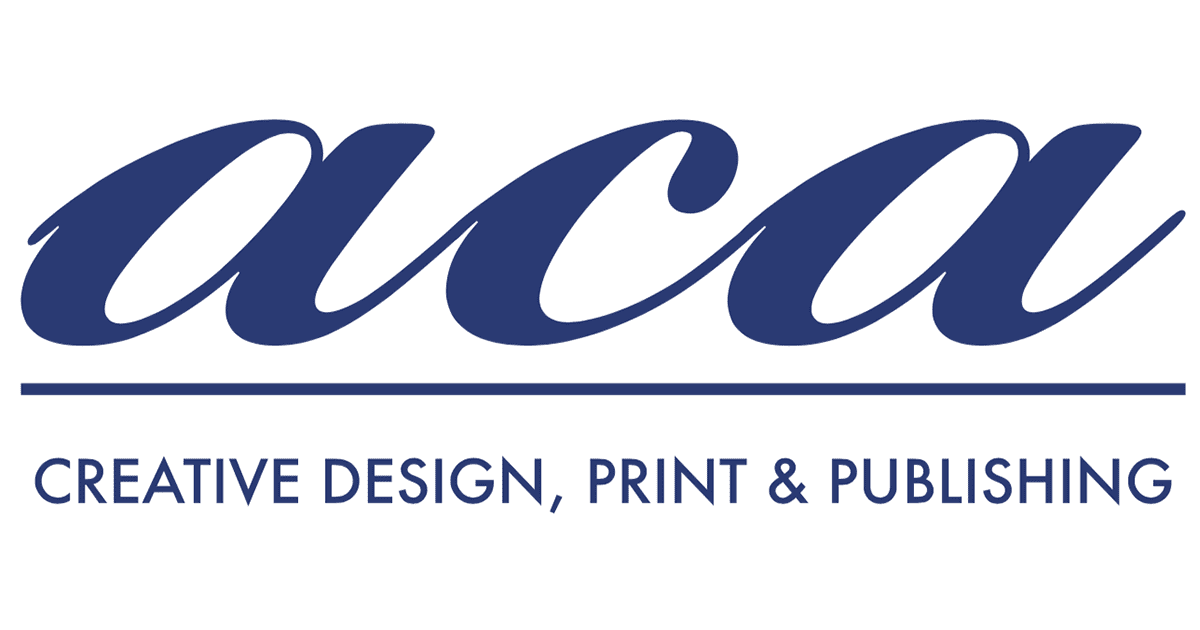 Cheltenham suffered a fourth consecutive defeat in all competitions as Rotherham United triumphed 2-0 at Whaddon Road.

The Robins returned to home turf after three successive matches on the road but fell behind when Will Grigg pounced to apply a predatory finish past Scott Flinders after the break.

Rotherham doubled their advantage in the final 15 minutes when Rarmani Edmonds-Green unleashed a sensational low strike from range into the far bottom corner.

The visitors successfully utilised the right channel as an attacking outlet and a swinging cross from Sadlier found the head of Smith. Flinders was alert to the danger to palm the ball away and he sprung into action moments later when Rathbone’s shot from range was turned behind. 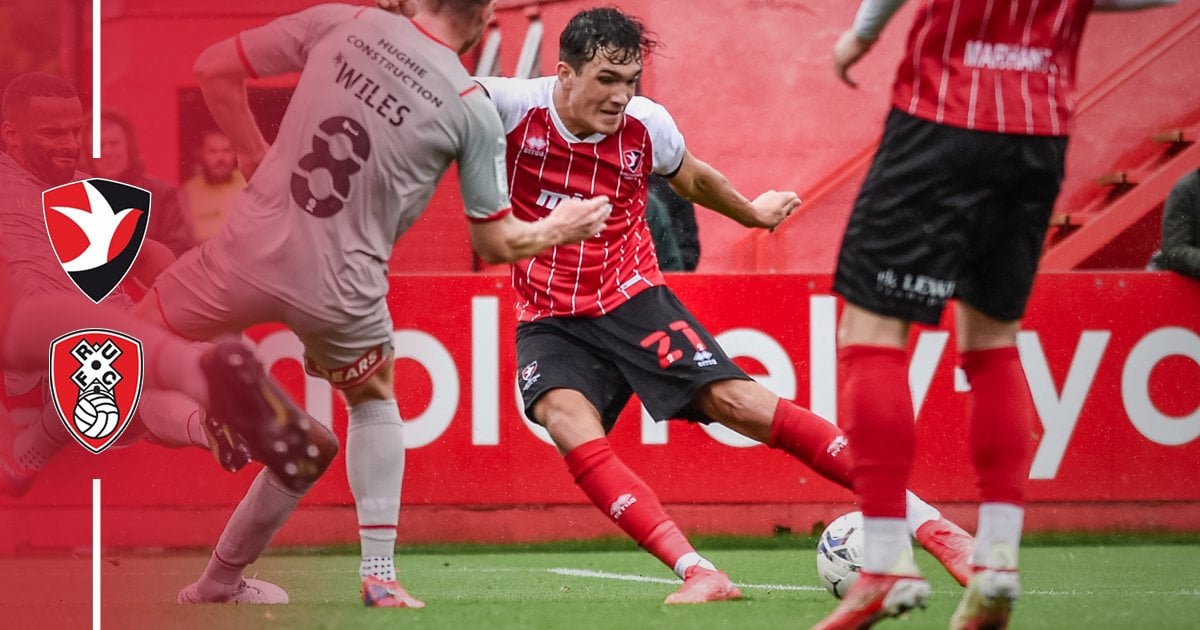 Cheltenham had their moments with Kyle Joseph blazing wide of the near post and Taylor Perry’s wayward shot failing to hit the target. Michael Duff’s men posed their biggest threat on the counter-attack with the pace of Alfie May and Joseph but failed to translate a series of attacks into an opening goal.

Rotherham took the lead after the break when Grigg scored in back-to-back matches for the Millers. Flinders was unable to handle a shot from the edge of the box and parried the ball to the dangerous Grigg, who made no mistake from close-range.

Flinders was forced into action again when his double-save prevented the Robins from falling further behind. He sprawled to his left to parry a thunderous low shot from Shane Ferguson before returning to his feet to thwart Michael Smith. 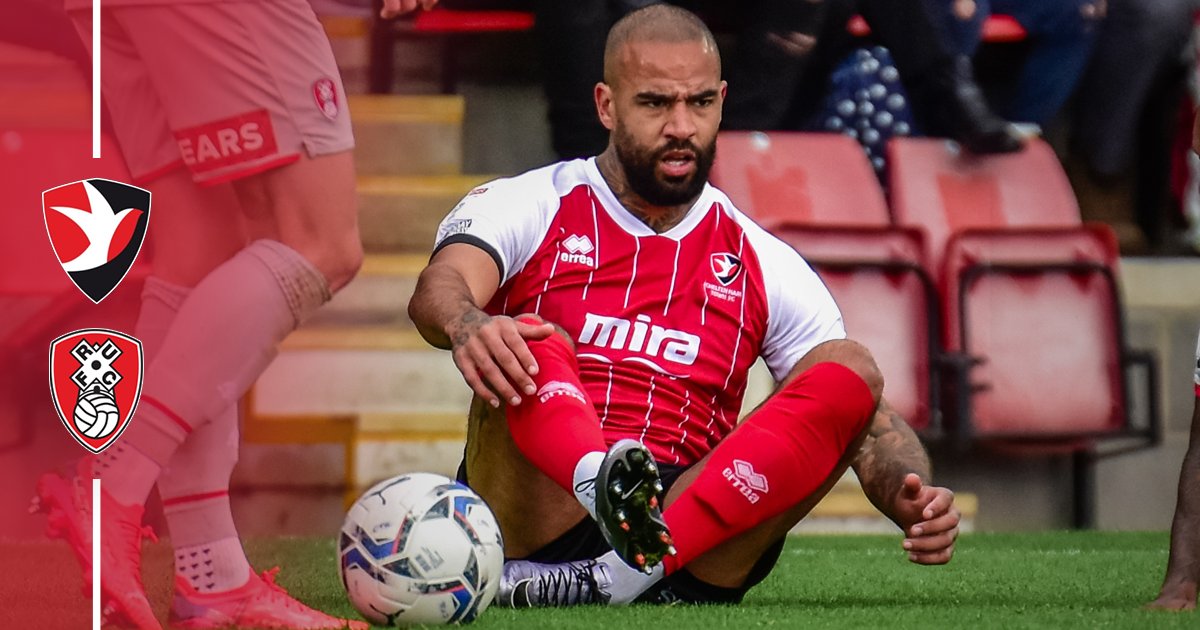 Cheltenham had a brighter spell after the hour mark as they looked to catch Rotherham out on the counter-attack. Dylan Barkers, making his first Football League start, slotted the ball down the left for May to latch onto. The Cheltenham forward cut inside but flashed a low zipping shot just wide of the right hand post.

The Millers doubled their advantage with a spectacular strike from range by Edmonds-Green. It was the 22-year-old’s first goal for Rotherham and ended the game as a contest.

Viktor Johansson clawed away Perry’s finish as the midfielder looked to reduce the deficit but Rotherham forward Smith had two chances to extend their lead in the dying stages.

His wayward header was unable to test Flinders, but his final chance, with the final whistle poised, was impressively saved by the 35-year-old goalkeeper.

Cheltenham Town begin a run of October fixtures with a big League One clash against Rotherham United on Saturday afternoon.

Rotherham, who were playing in the Championship last season, are working hard to get back there at the first attempt and sit fifth in the division.

It will be another tough outing for the Robins who have faced the league's top two sides on the road in the last few days, but being back on home soil and backed by a strong Cheltenham crowd will make a huge difference.

Tickets for Saturday's game are available to purchase online in advance. They can also be bought in person at the ticket office.

By buying ahead of midnight on Friday you can save £2 on matchday prices.

Robins fans are also reminded that on Tuesday 5 October it's the first home Papa John's Trophy group game against Exeter City. Fans can buy tickets for that game online and from the ticket office too. 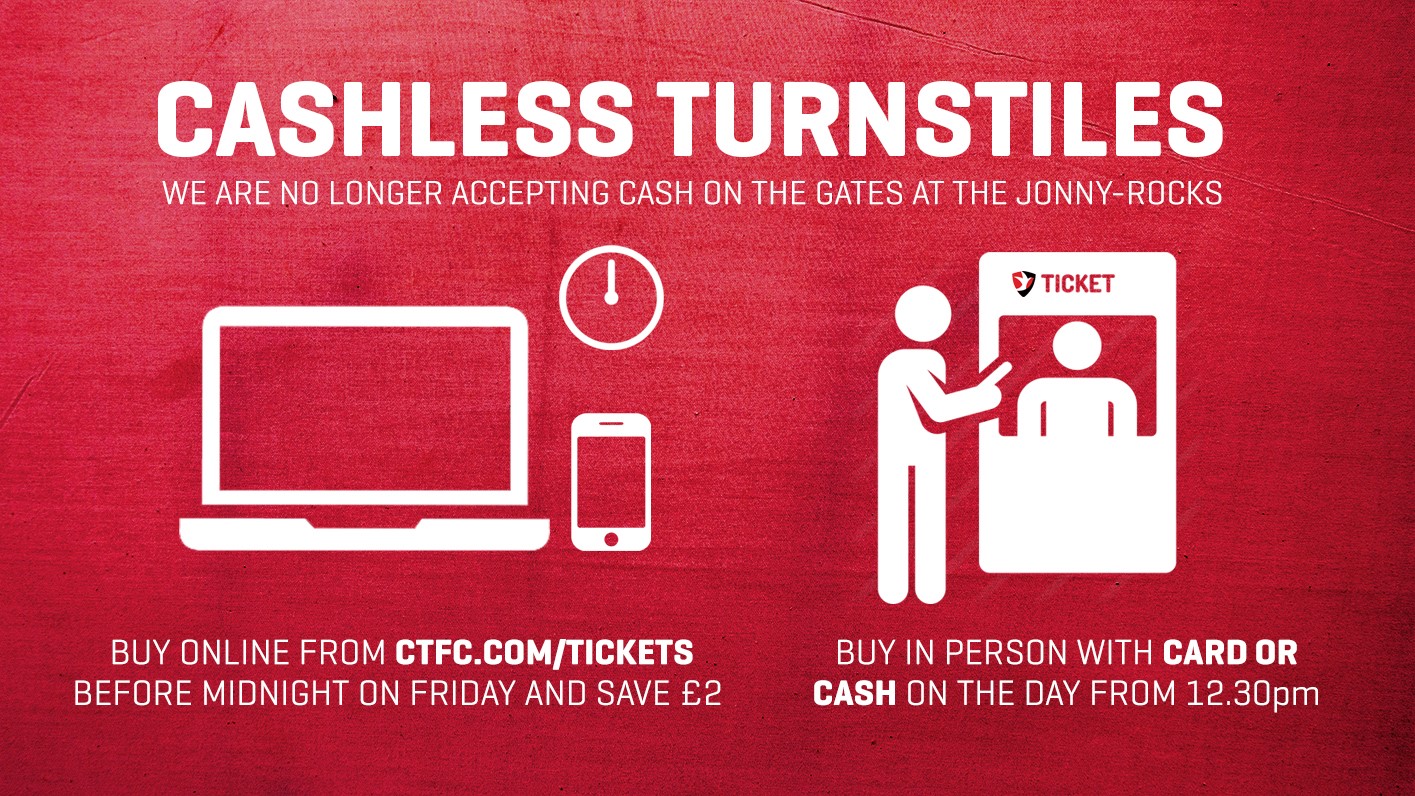 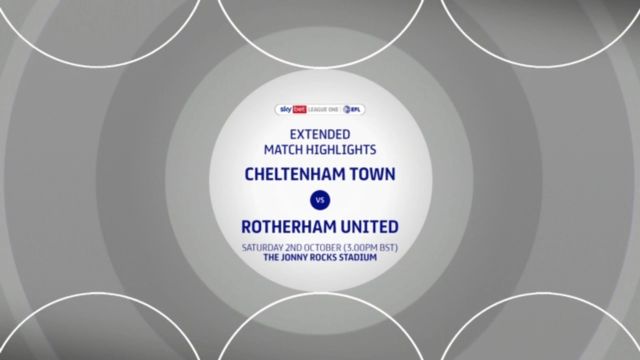 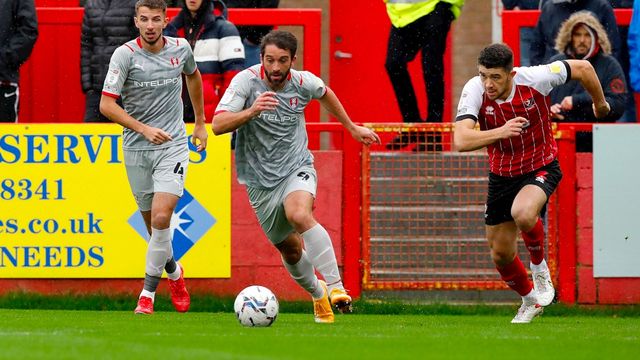