League Two side Exeter City are the visitors to the Jonny-Rocks Stadium on Tuesday in the Papa John's Trophy (kick-off: 7pm).

It's Cheltenham's second southern section Group E game of this season's competition having lost on matchday one at Bristol Rovers.

Exeter drew with Chelsea under-21s in their first tie, going onto lose a penalty shootout against the Premier League youngsters, so the second of three group matches is an important matchday in the competition for both clubs.

Tickets are available to buy online for tonight's game and from the ticket office.

The Robins Retreat will again be in position in the car park as a new food offering before the game this evening.

Home fans will be able to access the Autovillage Stand, Paddock and Hazlewoods Stand this evening with Exeter fans located in blocks 7 and 8 of the Colin Farmer Stand.

Supporters are reminded that kick-off is at the earlier time of 7pm.

The game is set to provide a number of players with an opportunity to get match minutes. Kyle Vassell, Elliot Bonds and new addition Dan Crowley (pictured) are all expected to feature.

Will Boyle, Charlie Raglan and Callum Wright continue to miss out with injury problems. 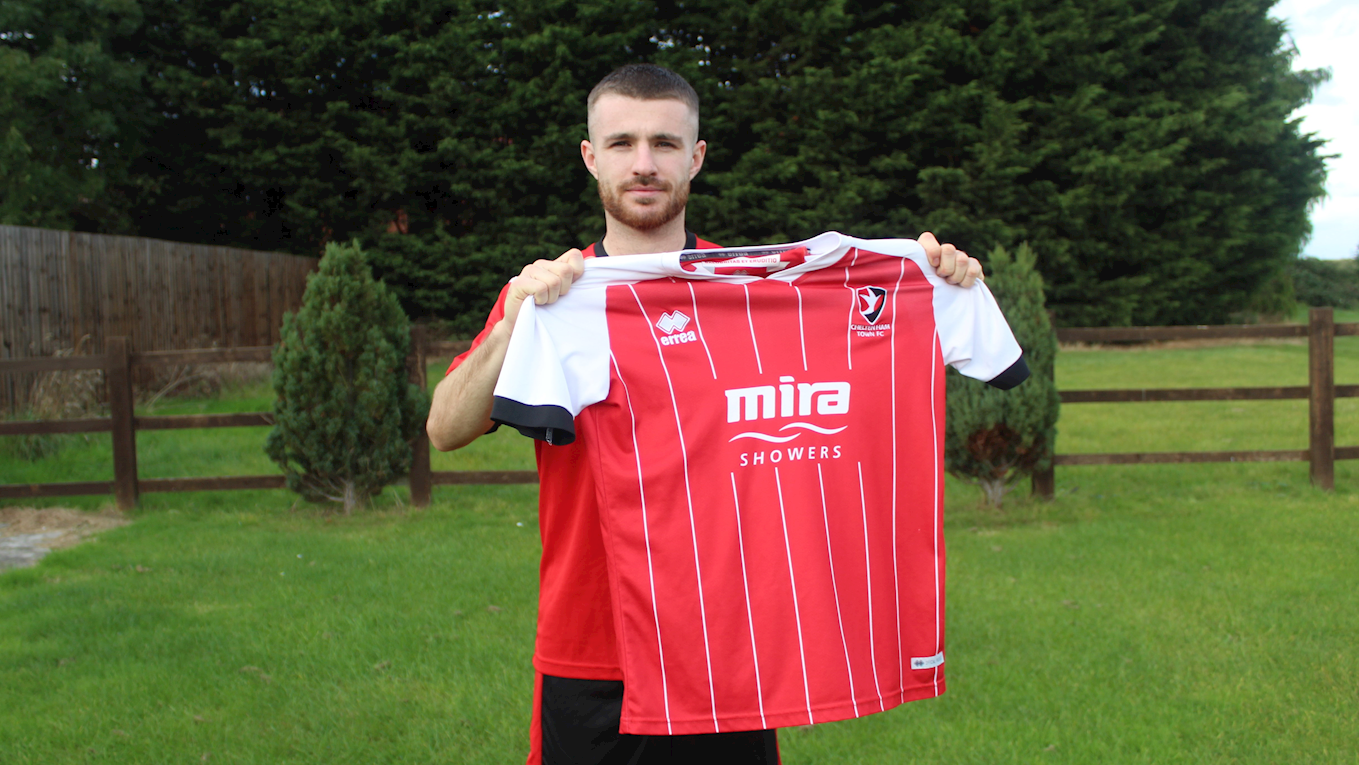 Having recorded just one loss in all competitions this season, barring a penalty shootout defeat to Chelsea under-21s in the Papa John's Trophy after drawing after 90 minutes, Exeter find themselves once again pushing at the top end of the League Two table.

Former Cheltenham defender Matt Taylor's side are sixth in the fourth tier and go into tonight's fixture on the back of a 2-2 draw with Walsall on the weekend.

Taylor is expected to field a fairly strong side tonight as he has called for even more from his players in their pursuit of promotion.

On matchday one in the competition they held Chelsea under-21s to a draw and then lost on penalties with the likes of the experienced Jonathan Grounds, energetic full back Jake Caprice and Bristol City loanee Owura Edwards all featuring.

Boasting one of the best youth systems in League Two, the game may also be an opportunity for some of their academy talents to feature.

The other two sides in the group, Bristol Rovers and Chelsea under-21s, are due to take each other on at the Memorial Stadium on Wednesday 13 October.

Exeter and Chelsea under-21s met on matchday one and drew 1-1 after 90 minutes with Chelsea winning on penalty kicks.

Tickets bought on the day are priced at £6 for adults, £4 for seniors and £2 for under-18s and students.

You can buy online or from the ticket office ahead of the game.

With the turnstiles at the Jonny-Rocks Stadium now cashless, you must have a ticket before entering the stadium.

A 16 page copy of tonight's match programme will be on sale around the stadium priced at £2. 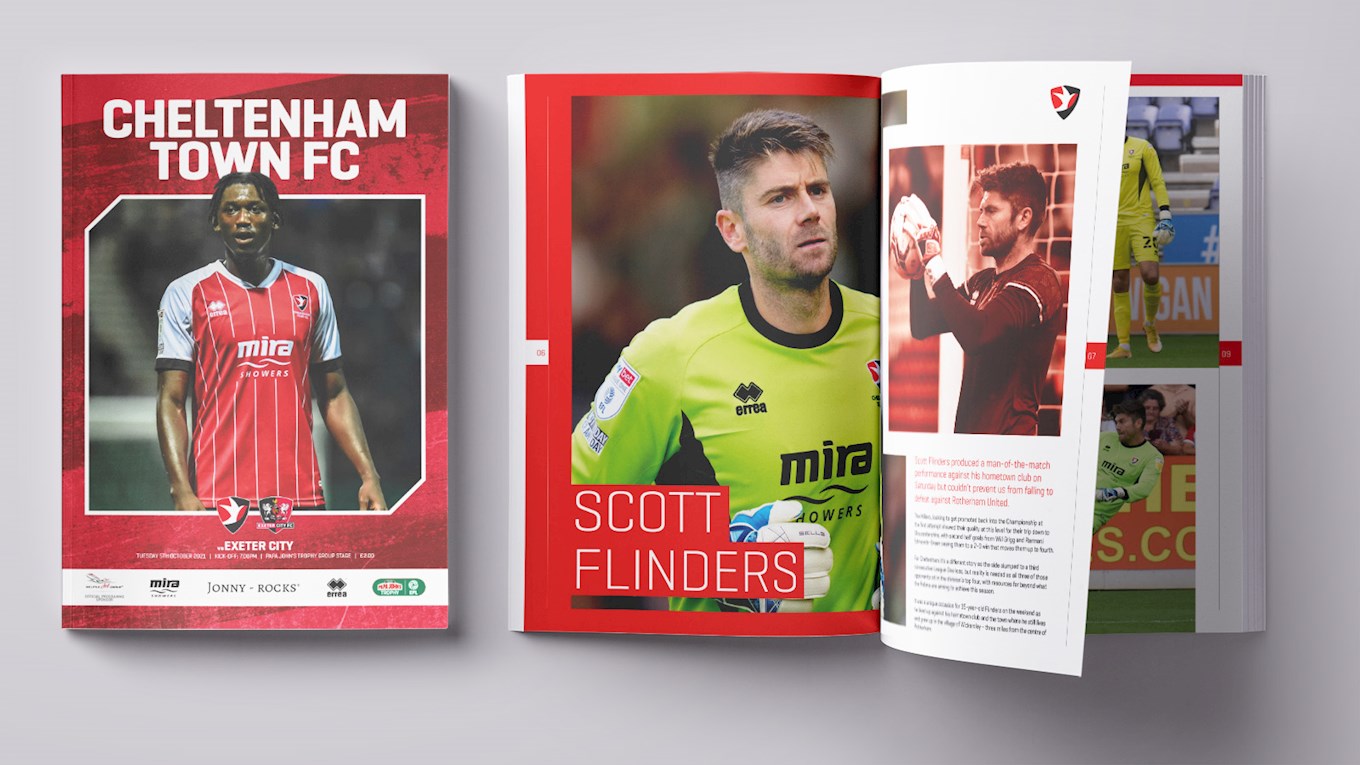 Cheltenham Town lost 3-2 on penalties to Exeter City, despite fighting back to draw 2-2 in the Papa John’s Trophy with first club goals for Elis Chapman and Felix Miles.

Chapman and Miles scored their first professional goals to cancel out first half City goals from Colin Daniels and Josh Coley, to give the Robins one point, but the away side stole the bonus point for the shootout victory.

It was a sloppy start to the match for the Robins, and the Grecians took full advantage of it with a headered goal by defender Daniel inside eight minutes.

However, Town got back into the game after debutant Dan Crowley’s free kick fell at the feet of Chapman, who rifled the ball past 16-year-old City keeper Harry Lee.

Despite their hard work, no less than a minute later Dylan Barkers was caught in possession on the edge of Owen Evans’ box, and Coley stole the ball to pass it past the onrushing Welsh keeper.

Following the second half, Cheltenham pressured the Grecians for the majority of the final half and got their rewards for doing so as second year scholar Miles scored his first professional goal for the club.

The 90 minutes ended 2-2, and both sides took turns to take penalties towards The Hazlewoods Stand. City missed the opening penalty after Padraig Amond saw his penalty rise into the stands, and Christian Norton gave the Robins the lead.

On his return to the starting XI, captain Chris Hussey passed his effort into the net to put Cheltenham up 2-1. However, Lewis Freestone, Elliot Bonds and Kyle Vassell couldn’t convert, seeing Exeter steal the bonus point as 17-year-old Harry Kite scored the penultimate penalty.

“In terms of individually, we got what we wanted out of the game,” said first team coach Wade Elliott.

“We never expected ‘tiki taka’ and free flowing football with the lack of preparation, but we can always expect to do the basics.” 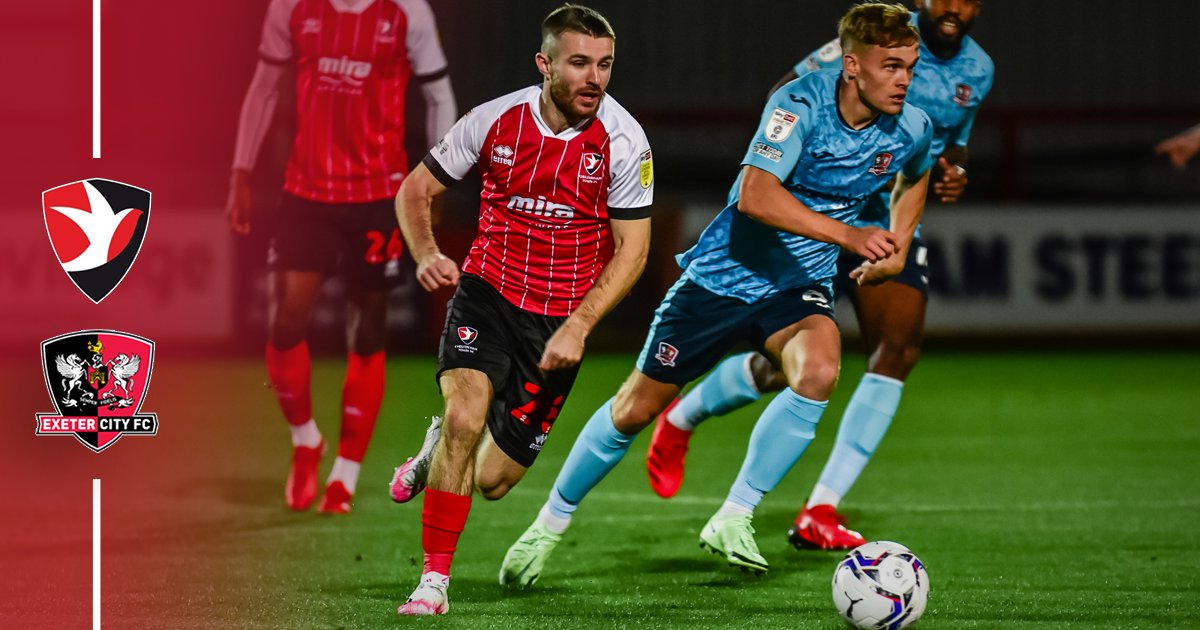 Within eight minutes the Grecians took the lead, after Daniel headered the ball past Evans from close range.

The visitors were close to a second after a string of passes led to a lofted ball for Archie Collins to meet inside the Robins box, but the midfielder headed it over Evans’ goal.

Front man Vassell later stole the ball and pulled off a shot within the City box, but his powerful effort rose over the crossbar.

Crowley registered his first shot wearing a Robins shirt, with the former Arsenal midfielder shooting from outside the box, but a City block meant it was comfortable for 16-year-old Lee in the away goal.

The debutant received a warm reception from the home fans with every step over and turn completed in the match and had a very impressive performance.

Chapman put the Robins level with a side footed effort inside the box, after Exeter failed to clear a Crowley free kick, setting up the 20-year-old to score his first professional goal.

Unfortunately, the Robins conceded no later than a minute after as Barkers had the ball stolen from by Coley, who tapped the ball past Evans to make it 2-1 before the half time whistle.

Promising signs in the second half, as new signing Norton danced into the City box past Jake Caprice, and looked set to play in Vassell, but a contentious challenge from the defender saw the forward fall to the ground. Referee Craig Hicks waved the penalty appeals away, but Cheltenham were imposing their game plan as the second half continued.

Second year scholar Miles proved this with a spectacular strike past Lee into the bottom right-hand corner of the net, not too long after replacing Chapman. New signing Crowley played a big part in the build up to Miles’ goal, helping the 18-year-old scoring his first for the club.

With the wind in their sails, the Robins pushed for the winner as Vassell yet again tried to make a chance out of nothing, but his curling shot outside the area sailed past the far post.

The Grecians struggled to attack Town in the second half, whereas the Robins grew in confidence creating far more chances in the final 20 minutes of the than the whole of the opening half.

However none made it past the City keeper and the tie went to penalties.

The Grecians went onto to be the victors in the shootout, but the Robins take a well-deserved point in Group E.

The League Two side make the trip up the M5 for a 7pm kick-off at the Jonny-Rocks Stadium.

It's Cheltenham's second game in the competition this season after a 2-0 loss at Bristol Rovers in the first group game, with a home tie against Chelsea under-21s to come on Tuesday 26 October too.

Buy in advance for Tuesday's game to save money on matchday prices.

Tickets for the game are:

You can purchase in advance online at any time. You can also visit the ticket office on Monday to buy.