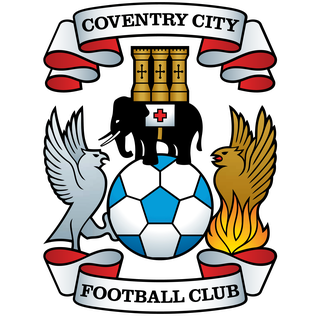 The Jonny-Rocks Stadium plays host to Championship opposition for the second time in a week on Saturday when Coventry City are the visitors (kick-off: 3pm).

It promises to be another testing afternoon of football against a team from the level above after Birmingham City's visit last weekend.

For Michael Duff it's another important fixture in his team's warm up for the new League One campaign.

Tickets for the match are available to buy in advance online. Save £2 by buying before midnight on Friday. You can buy online on matchday or from the ticket office in person.

The game is the first to be played at the Jonny-Rocks Stadium since the 19 July change in covid restrictions, though the club are still asking fans to be considerate towards fellow supporters and in certain areas of the stadium.

It's pre-season fixture number two for Coventry on Saturday. They've just returned from a pre-season training camp in Spain where they took on La Liga giants Sevilla, losing 4-0 against Los Nervionenses.

Mark Robins' side are preparing for their second consecutive campaign in the Championship having achieved a 16th place finish last term following their promotion as League One champions during the 2019/20 campaign on points per game.

This summer they've added more experience to their ranks bringing in Martyn Waghorn, goalkeeper Simon Moore and Bright Enobakhare who has been playing most recently in the Indian Super League.

They are new faces in a squad that already includes the experience of Kyle McFadzean at the back, midfielders Jamie Allen, Gustavo Hamer and youth product Jordan Shipley, and front men Tyler Walker and Viktor Gyökeres, the Swedish international.

One of the biggest pluses for Saturday's opposition going into the new season is the return to Coventry. They will be back playing at the newly titled Coventry Building Society Arena in the forthcoming campaign having groundshared last season at Birmingham City's St Andrew's.

Tickets for the match are available to buy online. Buy before midnight to save £2 on the cost of your ticket.

The Jonny-Rocks Stadium is going cashless this season, so you won't be able to pay for a ticket on the turnstiles. If you'd like to pay on the day you can visit the ticket office, however please be aware that you may need to queue.

Tickets that have been pre-ordered online can be collected from a signed-posted collection point in the car park at the stadium upon arrival.

The ticket office and ticket collections will begin at 12.30pm, while the club shop will also open at this time with a certain number of customers allowed in at any one time.

The club have produced a 'three-in-one' programme for the three home pre-season fixtures.

You can buy the programme from around the stadium and it features a number of interviews, plus the pre-season thoughts of Michael Duff, as we head into the new campaign. 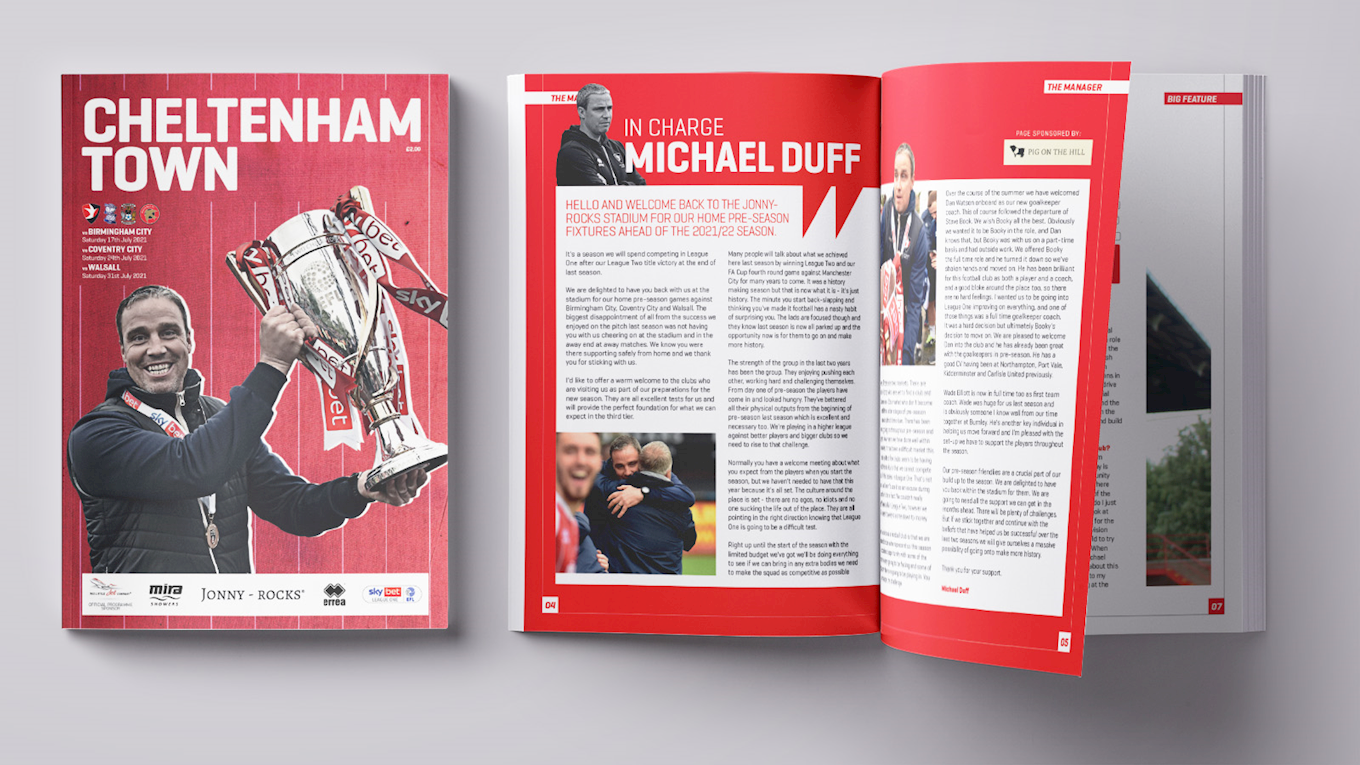 Keep up to date with events in the club's latest friendly by following @CTFCofficial on Twitter for updates.

Post-match make a visit to the club website to read a match report and for reaction to the game, which will be available on both the website and on iFollow.

Andy Williams netted his third and fourth goals of the summer as Cheltenham Town beat Championship side Coventry City 2-0 in their latest pre-season test at the Jonny-Rocks Stadium.

This was the second of back-to-back home pre-season friendlies against second tier opposition for Cheltenham following last weekend’s visit of Birmingham City – in what was an impressive all-round showing from the Robins.

"The few weeks of pre-season has been really physical so it's starting to ramp up now," boss Michael Duff said after the match.

"So far we've shown the lads are unbelievably fit so the next two weeks will involve a lot of tactical and technical work.

"The plan is to get the lads to the start of the season in a certain position so today was another step in the right direction. It was a good day"

Chris Hussey lined-up in midfield alongside Liam Sercombe and trialist Dylan Barkers, with Duff taking another look at Vince Harper, who started at left-wing-back.

A mistimed interception gave Cheltenham the first opening of the game as Alfie May threaded a neat pass into Sean Long on the right, but his cutback was blocked for a corner by Coventry’s one starting trialist.

More sloppy play in the Sky Blues midfield then allowed Sercombe to run into space in a three v three situation, carrying the ball all the way into the penalty area and unleashing a shot that Simon Moore saved well with his legs in what was a positive start from Duff’s charges.

The League One side took a well-deserved lead on 22 minutes as May chased a long ball on the right flank and crossed for Williams to tap in via a small deflection in front of the Hazlewoods Stand, which was housing away fans for first time since March 2020.

Coventry academy graduate Jordan Shipley’s shot was the only attempt on target that Owen Evans faced in the opening 45 minutes as the hosts continued to keep their defensive shape well.

Mark Robins rang the changes for the visitors with four subs on 55 minutes and that lifted their performance, with summer signing Martin Waghorn spinning and forcing Evans into a fine save low down to his right.

The experienced forward then tried an audacious scorpion kick in attempting to lob Evans, only to see it drop harmlessly wide as Ellis Chapman came on for Harper to make his first appearance of pre-season for Cheltenham.

At the other end, Sercombe played a through ball into the path of May but despite dribbling around goalkeeper Moore, his shot hit the side netting in the hosts’ best opening of the second period.

The impressive Sercombe twisted and turned on the edge of the penalty area before striking a low effort wide following a deflection as the Robins pushed for a second – while a minute later Evans parried Waghorn’s strike from a tight angle.

Welsh stopper Evans continued to impress, first making a one on one save to deny Viktor Gyokeres an equaliser and then holding Waghorn’s back heel after the Swede crossed from the left.

After two more off target attempts from the Sky Blues, Williams kept his composure to register a brace following Chapman’s powerful volley, coolly slotting home the rebound at the Speedy Skips End.

Cheltenham Town will complete their pre-season schedule with a trip to Hereford on Tuesday night before hosting League Two Walsall next Saturday at 3pm.