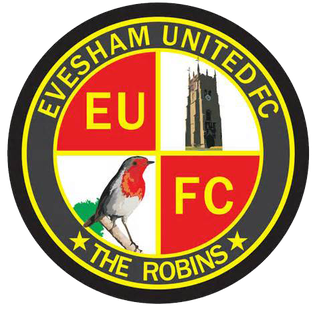 Having faced Southern League Division One South opposition to start the pre-season fixtures on Saturday, Cheltenham Town do so again this evening with a visit to Evesham United (kick-off: 7.30pm).

It was a good start to the season build up at the weekend at Cinderford, recording a 3-0 win against the Foresters, and with 22 players being involved.

The aim is for the same outcome tonight against an Evesham side also gearing up for their season in the Southern League.

Ellis Chapman and Elliot Bonds are nursing minor injuries so they may not be risked.

In terms of game time it will be a role reveral from the weekend with the team that ended the game at Cinderford expected to play an hour, while the other side of the squad will complete 30 minutes.

Chris Clements is again expected to play before he heads off to find a new club as the club continue to assist him on his return to fitness.

Having initially pre-sold tickets Evesham are now allowing supporters a payment option on the turnstiles tonight.

Tickets are £10 for adults and £7 for concessions.

There is parking on site at the Spiers & Hartwell Jubilee Stadium.

If you are not at the game you can still keep tabs on how the action unfolds on the night by following @CTFCofficial on Twitter.

Post-match visit the club website to read a match report summarising the 90 minutes.

There were more minutes in the bank for Michael Duff's Cheltenham Town side as they defeated Southern League Division One South opponents Evesham United at the Spiers & Hartwell Jubilee Stadium.

Having opened up pre-season at Cinderford on Saturday, the Robins made the short journey to Evesham for a test against opposition from the same level, as a Liam Sercombe penalty, own goal and Felix Miles finish secured a comfortable 3-0 win.

The majority of the team that played the final half an hour in the weekend win started in front of a good crowd, and they went ahead in just the second minute when Sercombe smashed in from the spot.

Evesham reacted well when Adam Mace speared a long-range effort a short distance over the bar, while the left back was in the right place at the right time to block a Timmy Abraham shot minutes later when the young striker from Fulham tried his luck.

Abraham went close again with an attempted lob shortly before Cheltenham's advantage was doubled when a Mace backpass was misjudged by Evesham goalkeeper Lewis Clayton for an own goal.

Chris Clements, appearing again for Cheltenham as he fights back to full fitness, saw his acrobatic effort from a Sean Long cross go wide as Duff's men continued to dominate the half, while trialist Toby Holland's dipping strike from distance fell wide.

After the break the sharp Abraham found himself in good positions to produce two efforts on goal.

He departed alongside the rest of his teammates on the hour mark for a brand new XI, who would go onto seal victory with second year scholar Miles the player to do so.

Lewis Freestone's tremendous dash down the left saw him square a ball back into the path of Miles who patiently took his time to ready himself and then unleash an accurate finish from outside the box.

It was a performance that wrapped up a positive first two pre-season run outs over the course of four days, with Championship side Birmingham City offering a sterner football test next up on Saturday.