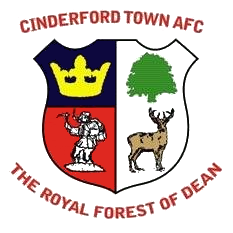 For the first time since being crowned League Two champions in May, Cheltenham Town take to the field to begin their pre-season friendly schedule on Saturday.

Southern League Division One side Cinderford Town are the Robins opponents at the Foresters Causeway Stadium home (kick-off: 3pm).

Cinderford, who play five levels below League One, are celebrating their centenary this season, and the game forms part of a number of pre-season matches highlighting the milestone in their history.

All first team players are expected to feature with a number of scholars also involved in the squad.

Michael Duff has confirmed that players will play 60 minutes or 30 minutes, with another game to come against similar level opposition in Evesham United on Tuesday evening.

Former midfielder Chris Clements will play a part. Despite being released at the end of last season, Clements is being assisted in his return from injury by the club and will gain match minutes in the fixture.

You can pay on the gate at Cinderford to get entry into the stadium. Due to covid there is a limited capacity of 975 for the fixture.

Tickets are £10 for adults and £7 for concessions. Turnstiles open at 1.30pm.

Fans can park in a number of free car parks. There's limited parking at the ground itself, while parking is available at Forest High School, Forest View School and Cinderford Rugby Club too.

If you are not making the trip you can keep up to date with events by following @CTFCofficial on Twitter for updates.

A match report will be available on the club website looking back on the afternoon's action.

Cheltenham Town kicked off their preparations for the forthcoming League One campaign with a friendly win against Cinderford Town.

Hundreds of supporters were at the Causeway to watch Michael Duff's side, who notched a comfortable victory thanks to two goals by Andy Williams and a third by Felix Miles.

Williams and Matty Blair each had a pair of chances before the striker finally the broke the deadlock against the Southern Premier Division One side.

He put Duff's side ahead at the Causeway with a beauty nine minutes before the break, finding the top corner with a left footer from 20 years.

Will Boyle was a whisker away from extended the lead on the stroke of half-time, denied by a fine stop by the triallist goalkeeper.

Williams then doubled the advantage four minutes after the restart, meeting Joe Hunt's cross from the right with a fine header.

Second year scholar Miles was bright throughout and deserved his goal, seizing a loose ball before thumping home the third from close-range.

Then Duff rang the changes after an hour and replaced his entire team which included trialist Toby Holland in midfield.

They went on to create the couple of headed chances but Sean Long and Liam Sercombe were denied by smart stops.

Owen Evans barely had a thing to do in his 60-minute appearance but Scott Flinders was alert to make three saves in the closing stages as Cinderford rallied.

But this was a satisfactory start to the summer friendlies ahead of Duff's side's trip to Evesham United on Tuesday evening.