The New Year begins with a short but tricky visit to Oxford United's Kassam Stadium on Saturday (kick-off: 3pm).

It's less than 50 miles to the U's home on the outskirts of world famous Oxford for what is sure to be a huge examination away from home.

Oxford are in a fine run of form and desperate to improve on their play-off semi-final finish last season.

A COVID-19 outbreak has meant preparations for the match have been more difficult than usual, but with boss Michael Duff back from his period of isolation, he'll guide his team into battle with a good number of travelling supporters making the journey along the A40 in full support.

After just 11 players were available for the postponed game against MK Dons in midweek, a small number of players have been able to return to the squad in preparation for Saturday's game.

Will Boyle has been back in training so could be part of the squad, although the defender hasn't played since mid-October.

Defender Charlie Raglan (pictured) is set to be fit to play against his former club after shaking off a niggle from the Boxing Day defeat to Plymouth Argyle. 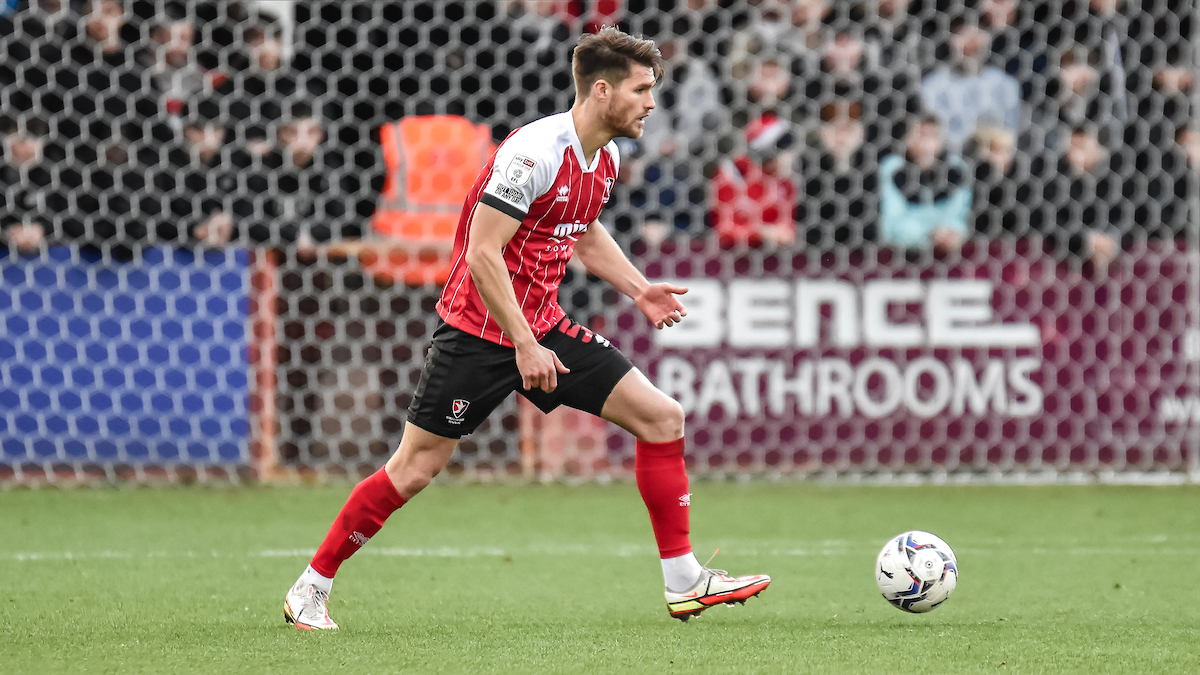 Michael Duff admits he takes his side to take on an Oxford outift in a good run of form, but will take the confidence of having beaten them earlier in the season into the game:

"They've got in the play-offs the last two years and in the calendar year I think they've got the most points in the league," he said in his pre-match press conference.

"They've hit a rich vein of form so in terms of where we're going it's probably as tough as it gets. They've lost one in 11 or 12, the players know their jobs, they play really good football, they have defined way of playing.

"We managed to beat them at home, so it shows that we can beat them. That was a different stage of the season."

Watch the full press conference with Duff discussing his team and the game exclusively on iFollow.

Having had Boxing Day off due to COVID-19 issues with the Portsmouth squad, Saturday's opposition returned to action on Wednesday evening with a comfortable 3-0 home win over AFC Wimbledon.

Oxford sit 5th in the division and in the same play-off spaces they managed to secure at the end of last season when they were knocked out at the semi-final stage by eventual promotion winners Blackpool.

Their form since October has been excellent. In all competitions they've lost just twice, at home to Wigan Athletic and away to Bristol Rovers in the FA Cup, in 14 games.

It's little surprise then that they are up and pushing for promotion again with a strong squad who know the level well.

At the back experienced shot-stopper Simon Eastwood is supported by a back-line that features Blackpool loanee Jordan Thorniley and former Birmingham City man Steve Seddon, with a midfield set-up too that boasts quality in Cameron Brannagan, Mark Sykes and Australia international Ryan Williams.

Their forward line features former Robins trialist Matty Taylor, with Gavin Whyte, who is on loan from Cardiff City, also one to look out for. Sam Winnall brings experience at the top of the pitch if required too, while one time Wales cap Billy Bodin could feature.

With over a decade of Football League management experience, Oxford is Karl Robinson's third club as a manager having previously taken charge at MK Dons and Charlton Athletic.

As a player he played non-league football in North Wales and in the north west, but it's as a coach and manager that he's really made his name in the game, work in the academy at Liverpool and Blackburn Rovers too.

Supporters can purchase tickets on the day at Oxford. Please be aware that it's cash sales only.

Fans who have bought in advance through Cheltenham but not collected will be able to do so from the North Stand ticket office on the day at Oxford.

The Travel Club coach leaves for the game at midday from the Jonny-Rocks Stadium.

If travelling by car to the game park in the west car park which is closest to the cinema and bowling complex.

There is a visitors guide available to access for travelling fans online.

Radio: Listen to full match commentary on iFollow with an audio match pass for £2.50.

Website: Post-match read the match report on the website and see reaction from inside the camp too.

Highlights: Watch a recap of the game on iFollow and on YouTube.

Callum Wright's early second half goal was cancelled out late on at Oxford United's Kassam Stadium as 2022 began with a point on the road for Cheltenham Town.

Wright was back amongst the goals when he found the net early in the second half to score the Robins first goal of the new year.

Oxford fought back though, and had Mark Sykes to thank for his equaliser in the final ten minutes to rescue a point.

The Robins returned to action after Wednesday's game at MK Dons was postponed due to COVID-19 issues, and they welcomed back Will Boyle into the squad for the first time since mid-October with the defender featuring as a second half substitute.

A bright start saw Lewis Freestone force Simon Eastwood into a sprawling save at his near post as the Robins influenced the game early on.

Oxford grew into the contest and Cameron Brannagan saw a shot go just wide, while on the half hour the home side were given a huge chance to open the scoring when referee Carl Brook awarded a penalty against Owen Evans for a foul on Matty Taylor.

Evans stood tall and kept his nerve to stay central in his goal as he successfully kept out Taylor's attempt from 12 yards.

Sykes saw a couple of opportunities go close with the hosts in the ascendancy before half time, but it would be Cheltenham who would strike first early in the second half. 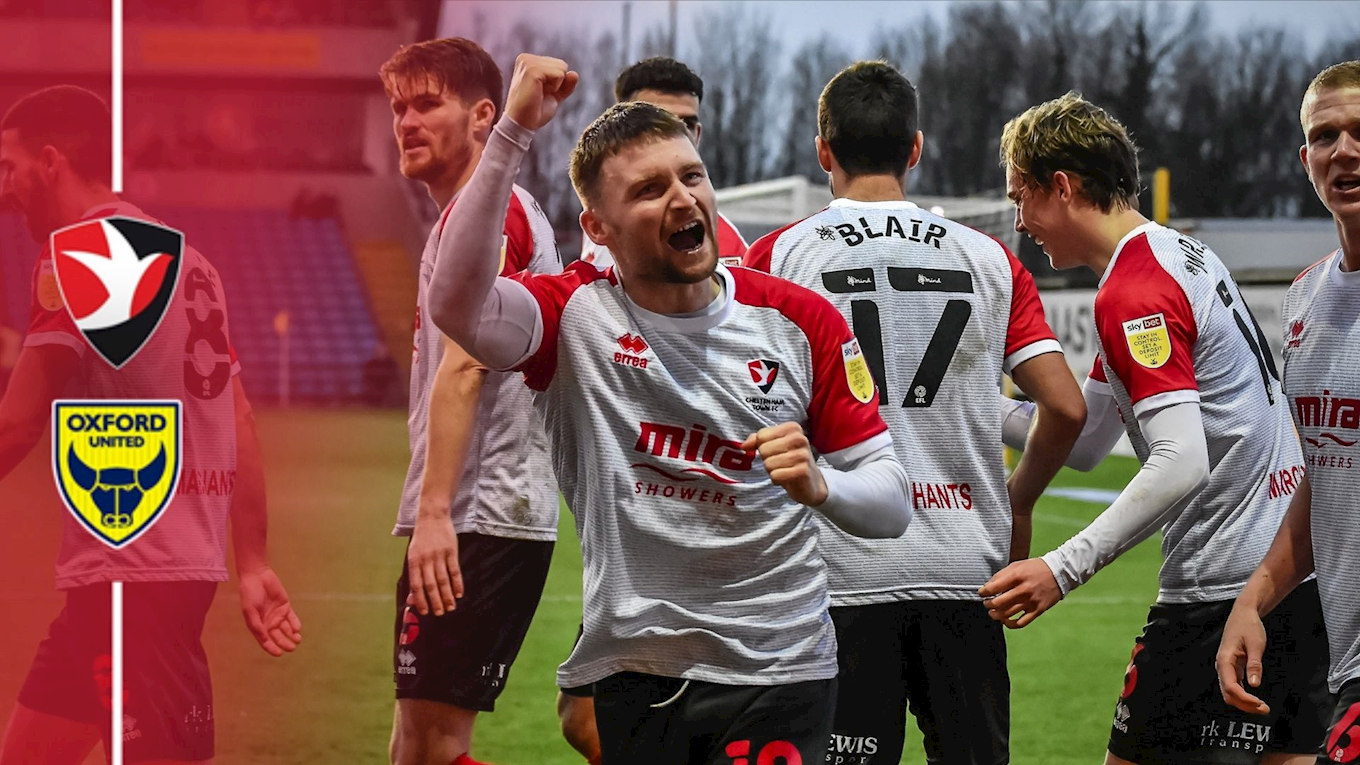 Alfie May's corner wasn't cleared by the Oxford defence, and Wright was free to poke in.

Liam Sercombe's goal scoring antics for Oxford helped the U's win promotion from League Two a number of seasons ago, and he forced Eastwood into a save low to his left with a rasping strike to go close to doubling the lead.

Oxford's leveller came on 83 minutes. A ball across the face of goal reached Sykes who touched in.

It was the only clear opportunity they could muster as they failed to find a late winner and the Robins made the short trip back down the A40 with a useful away point.

Tickets for Cheltenham Town's first match of 2022 at Oxford United are still on sale.

Fans can buy in person at the ticket office at the Jonny-Rocks Stadium until midday today.

They can also buy up to midday online via the club's ticket website.

If choosing not to buy in advance, it is possible to pay on the day at the Kassam Stadium for Saturday's 3pm kick-off, however it is cash only - no card payments will be accepted.

Prices for the match are as follows:

Supporters who have booked on the now full Travel Club coach are reminded it leaves from the Jonny-Rocks Stadium at midday on Saturday. 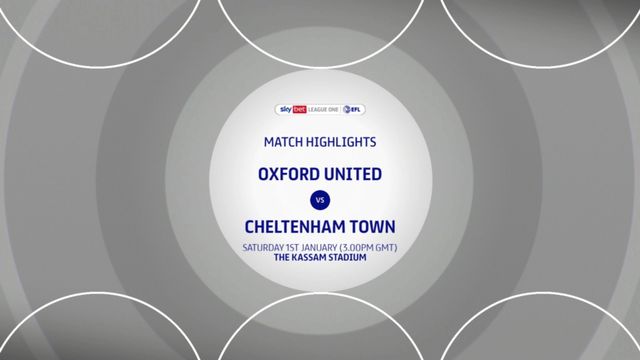 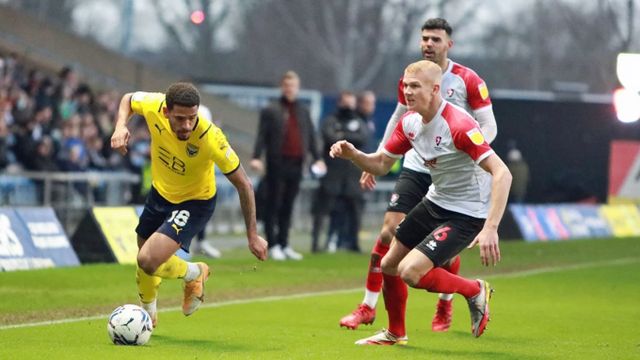