The first of consecutive away matches against two teams battling it out for a play-off place in League One sees Cheltenham Town visit Wycombe Wanderers on Saturday (kick-off: 3pm).

Back-to-back wins over Sunderland and Fleetwood have provided the Robins with a major boost heading into the weekend.

Wycombe will provide stern opposition with the Buckinghamshire side looking to clinch promotion back to the Championship having operated at that level last season.

But for the Robins the target is to still try and collect the points needed to guarantee League One safety as early as possible, so the team will make the journey along the A40 and M40 doing everything to take points back to Gloucestershire.

There are no returning players expected to be back in the squad. Sean Long has trained and has an outside chance of being involved, but Conor Thomas won't play. 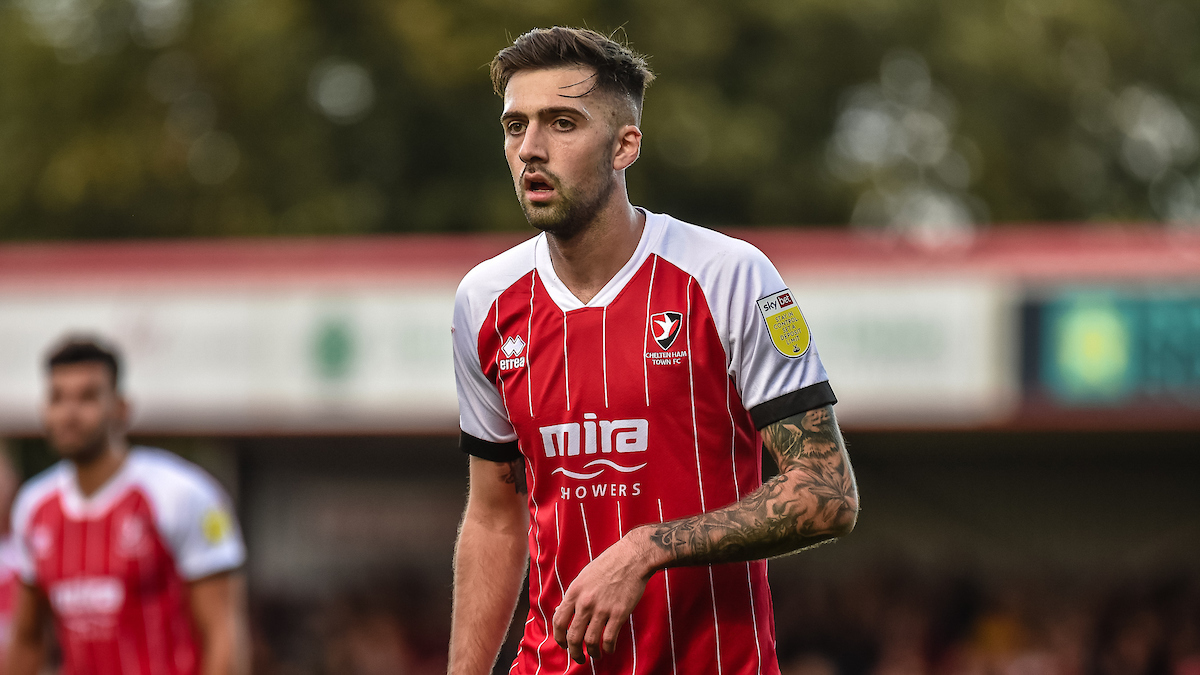 He said on Thursday: "The way that they play is really difficult to play against. We played them at home and I thought we were pretty good for 55 minutes. They scored a goal, probably a little bit out of the blue, but then we might as well have packed up and gone home because they suffocate you. They don't let you out, they constantly pressurise you and they've got some really good players within that as well.

"We were in League Two last year and they were in the Championship. Every game is an opportunity. It's not that we think we've caught them at the right time, it's probably the opposite. They know they need to probably get back on winning terms and this is an opportunity for them to beat a team down the bottom end of the League."

Watch the full pre-match press conference with Duff on iFollow and also hear from Callum Wright who has also been speaking ahead of the game.

Currently occupying a play-off position, despite not winning in their last four League One games Saturday's opponents still find themselves firmly amongst the promotion race.

They've drawn with Lincoln City and Shrewsbury Town in their last two, and before that suffered back-to-back losses against Morecambe and MK Dons following an excellent January where they'd beaten Charlton Athletic, Bolton Wanderers and Oxford United and drawn with Sunderland.

Having featured in the Championship last term they still boast some impressive names. From goalkeeper David Stockdale to Jamaica international Garath McCleary in attack, their squad possesses plenty of quality.

Target man Sam Vokes joined last summer and has 64 caps for Wales. David Wheeler has plenty of Football League experience, while Jordan Obita and Republic of Ireland international Daryl Horgan are others to have played at higher levels.

Joe Jacobson provides significant experience. The Cardiff City product is now 35 and has played over 300 times in the League for the Chairboys having first signed in 2014.

The second current longest serving manager in English football's top five divisions, Gareth Ainsworth has taken Wycombe from League Two to the Championship in his time as manager. Though they were relegated at the end of last season, he's aiming to get the Buckinghamshire outfit back into the league below the Premier League at the first time of asking.

It's his only permament managerial position having previously been caretaker at QPR, the club where he stayed for the longest period of a playing career as a midfielder that also saw him play for the likes of Preston North End, Lincoln City, Port Vale, Wimbledon, Cardiff City and finally Wycombe after beignning his senior career in non-league with Northwich Victoria. 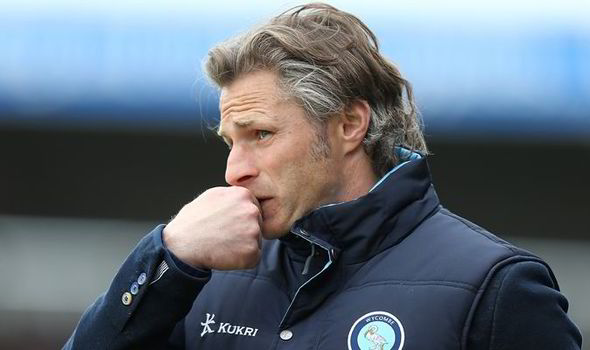 Tickets are available to buy on the day at Wycombe. Fans who have pre-bought tickets but not picked them up can collect them from Wycombe too.

Supporters booked on the Travel Club coaches are reminded they leave from the Jonny-Rocks Stadium at 11.30am.

Park and Ride is available 2 miles away from the stadium in West Wycombe. The entrance is Toweridge Lane HP14 3BA. This service is £5 per car and runs from 1pm.

Listen: Purchase an audio match pass for £2.50 on iFollow for full match commentary. Gloucestershire based supporters can tune in on BBC Radio Gloucestershire.

Highlights: Extended highlights will be available to view on iFollow. You can also watch shorter highlights on Sky Sports, Quest and YouTube.

Tickets and away travel are available for this Saturday's fixture at Wycombe Wanderers.

Kick-off at Adams Park on Saturday is at 3pm as Cheltenham look to follow up two home wins in a week with a good performance in Buckinghamshire.

There are two Travel Club coaches making the journey. They will be leaving from the Jonny-Rocks Stadium at 11.30am.

If you are driving to the game then parking is available at the price of £10 per car if you book in advance prior to 12pm the day before the fixture.

Park and Ride is available 2 miles away in West Wycombe. The entrance is Toweridge Lane HP14 3BA. This service is £5 per car and runs from 1pm.

To book match tickets or a place on the Travel Club coaches head online. You can also visit the ticket office up to 3pm on Tuesday, or between 10am and 3pm on Thursday and Friday.

They will also be available to buy on the day at Wycombe.

If you do not pick up your tickets from Cheltenham ahead of the weekend they'll be available to collect at Adams Park. 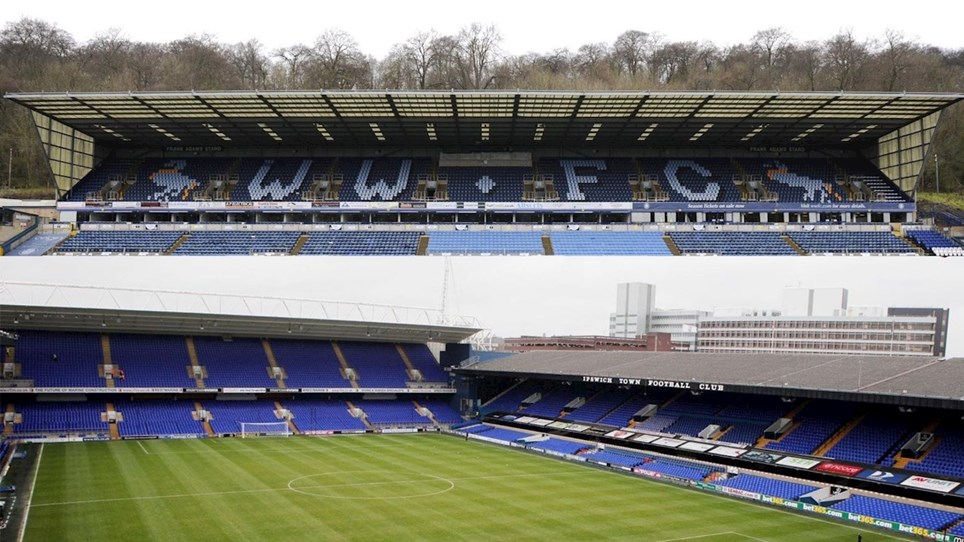 
Tickets and away travel are on sale for the upcoming away fixtures against Wycombe Wanderers and Ipswich Town. 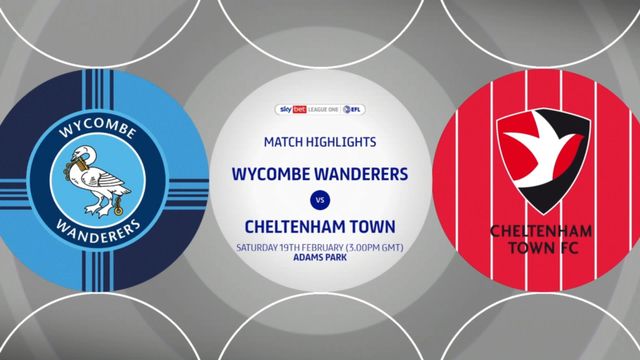 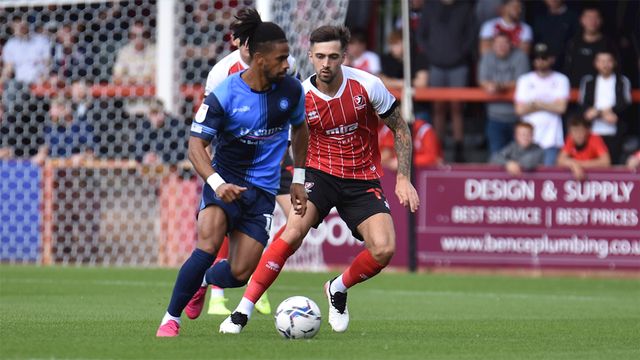