The match will be only the second ever meeting in the EFL between the Tractor Boys and Robins after they last clashed back in August.

That first EFL clash at the Jonny-Rocks Stadium saw Cheltenham come out on top on a memorable night, and Tuesday's game is sure to be another huge challenge against an Ipswich team desperate to get back into the Championship and with a chance of getting into the play-off positions.

Michael Duff's squad go into the contest after an unforgettable afternoon at Wycombe Wanderers on Saturday, which ended in a 5-5 draw. Alfie May was on target four times at the game in Buckinghamshire and is in red hot form ahead of Tuesday's visit to Suffolk.

There are no fresh injury concerns following Saturday's game at Wycombe. Sean Long (pictured) is close to being ready to be involved again while midfielder Conor Thomas is also making progress on his return from a calf injury.

The likes of Ellis Chapman, Charlie Brown, George Lloyd and Dan Nlundulu all miss out though because of injury. 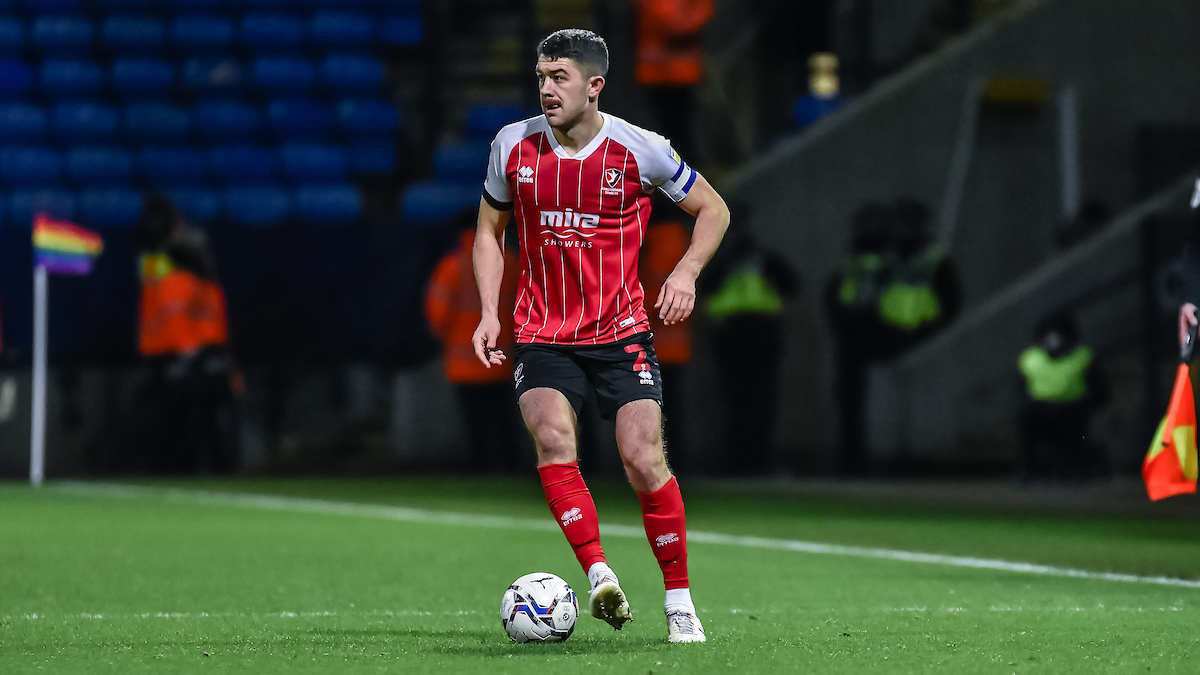 "We were fortunate enough to get by them at home 2-1. They're obviously on a really good run of form at the minute and at home they're a real test," he said.

"We're going to have to play well. It's a totally opposite test to Saturday in terms of the football game itself and they've got a number of very good players who they can chop and change.

"We've got to go there and give a good disciplined account of ourselves. The boys will be ready."

Having recorded three wins and a draw from their last four, Ipswich are a team building momentum in the final third of the season as they target a play-off spot.

They're currently four points off the top six and boosted their chances with a comfortable 3-0 home victory over Burton Albion on Saturday in front of a crowd of 20,516 at Portman Road.

This is their third consecutive season in League One and as a club with a long history they're determined to travel back up the pyramid. In 1981 they won the UEFA Cup, beating AZ Alkmaar in the final, while they're also one of a number of clubs in League One to have played regularly in the Premier League.

Kieran McKenna's appointment in mid-December saw the 35-year-old take on his first managerial position having taken the decision to leave Manchester United where he was serving as first team coach and assistant manager since July 2018 having previously moved to Old Trafford two years before that.

Prior to that he had worked at Tottenham Hotspur, Leicester City and Nottingham Forest in their academies while also studied at Loughborough University.

The Northern Irishman had played youth football at Spurs but had to retire due to a hip injury, subsequently taking a route into coaching having also played for Northern Ireland at under-19 and under-21 level. 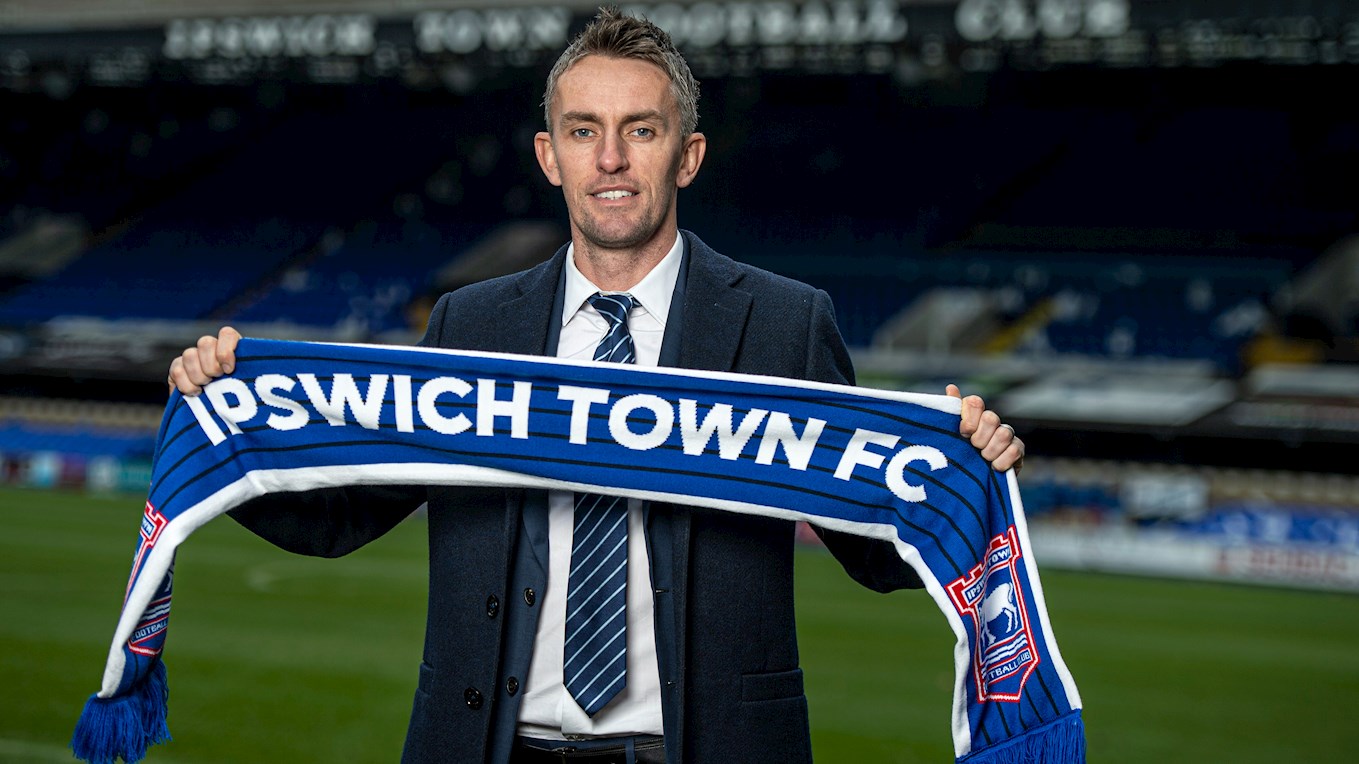 There's been only one previous fixture in the Football League between the two clubs and it took place earlier this season back in August.

Matt Penney drove the Tractor Boys in front after just nine minutes at the Jonny-Rocks Stadium in an opening 45 minutes completely controlled by the away side. They should have made the most of their dominance, and Macauley Bonne particularly spurned a massive chance to double their lead.

In the second half Cheltenham hit back. A Ben Tozer long throw was cleared but picked up by Will Boyle who crossed to the back post for Callum Wright to head in.

Boyle then clinched a famous three points when he turned in inside the box after Ipswich failed to deal with a Tozer long throw.

Ticket sales for the game end online at 9am on Tuesday. You cannot buy on the night at Ipswich so please do not travel unless you have purchased a ticket.

Fans who have bought online but not collected their tickets can do so from Ipswich on the night from outside the away turnstiles.

The fans who are booked on the Travel Club coach are reminded that it departs from the Jonny-Rocks Stadium at 1.30pm.

Watch live: Purchase an iFollow match pass for £10 to watch the game in full online with iFollow

Website: The match report will be available to read on the club website with full reaction from the press conferences too after the game

Highlights: Watch extended highlights on iFollow plus shorter highlights will be available on Sky Sports and YouTube 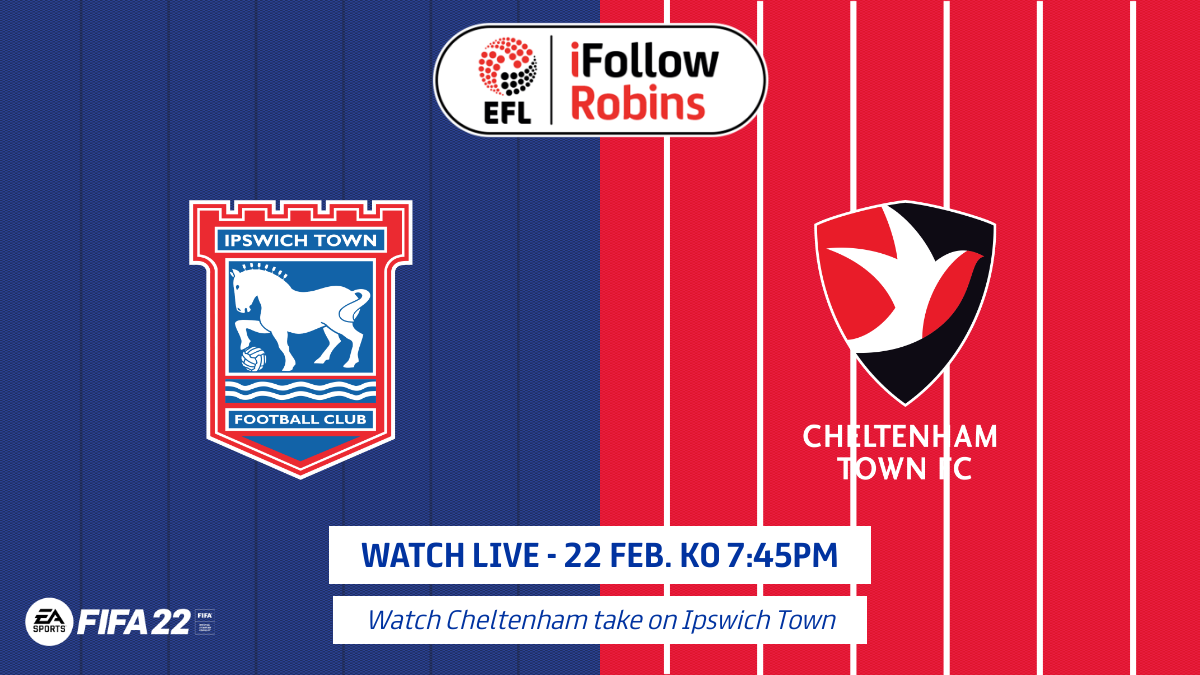 It wasn't pretty and they rode their luck at times but Cheltenham Town, down to the bones through injury and illness, came away from Portman Road with another vital point this evening.

True, the home side will rue their wasteful finishing but Michael Duff's side showed their character and resilience once again after a testing four days on the road.

They had shipped five goals in Saturday's enthralling encounter at Wycombe Wanderers at the weekend, coming from behind on two occasions and they were organised and resolute here to record a hard-earned clean sheet.

Meetings between these two sides are rare. It was the Robins' first EFL visit to this famous old ground and their first since the Southern League days of 1938. Tonight's result means they have taken four points off the promotion chasers this term.

The occasion was another reminder of how far this club has come under Michael Duff with Ipswich's rich heritage plastered inside and out at the home of the former First Division, FA Cup and UEFA Cup winners. 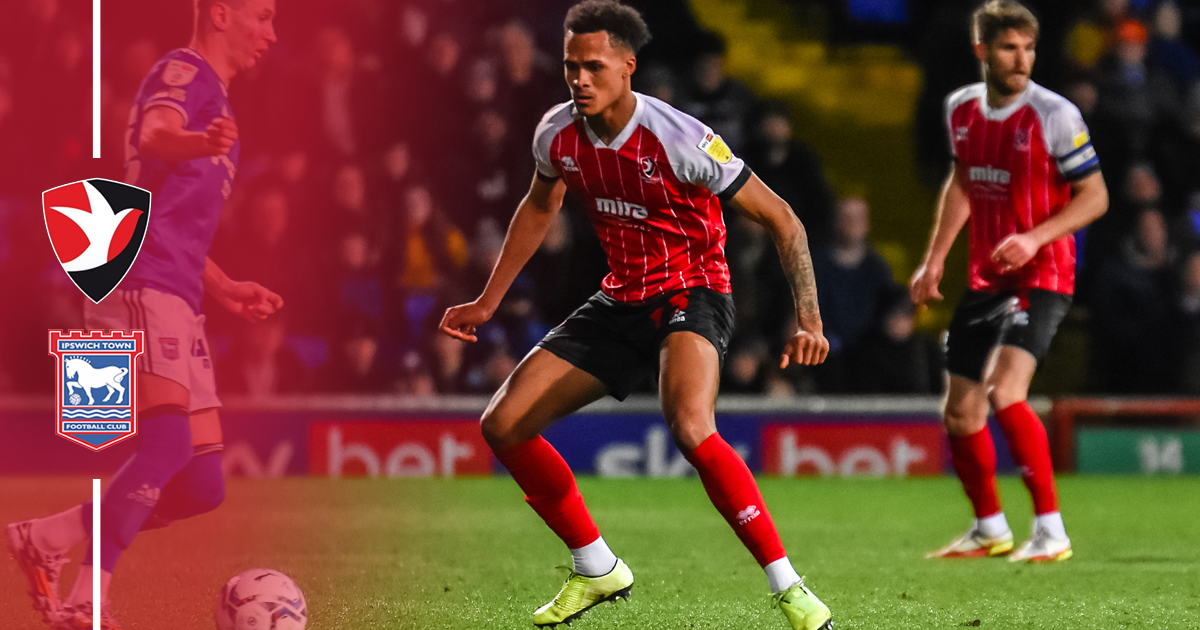 He made four changes to the side that earned a point from that extraordinary match at Adams Park four days ago.

The home side created all the chances before the break but couldn't find a way past Owen Evans.

Former loanee Wes Burns wasted the first, a glorious opportunity to put his side in the driving side with as little as five minutes on the clock but he inexplicably blasted his effort over the bar from close-range.

Bersant Celino smashed one over from distance and then Evans produced a fine save, low to his right, to deny Conor Chaplin with 18 minutes played. Then the striker was a whisker away from meeting Kayden Jackson's cross from the left.

At the other end, Elliot Bond's long ranger travelled well over but it amounted to his side's only effort of the half.

Evans was equal to efforts by Jackson and Celina; then Burns missed the target again from an angle down the right. Luke Woolfenden ended the opening 45 minutes with a glancing header that flew inches over the bar. 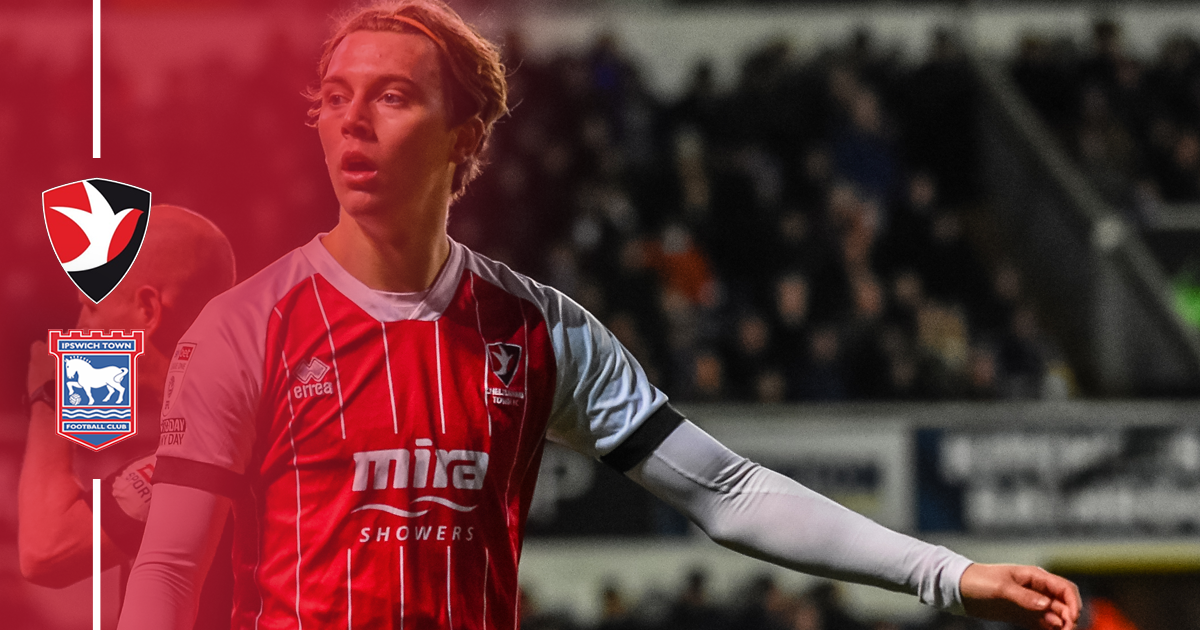 Duff's men started the second period with far greater purpose and enjoyed their first meaningful spell of possession but it was Ipswich that created the next chance when Celina's free-kick raced through the crowded box to safety.

Their only opening of note on the night arrived 19 minutes from time when Matty Blair burst down the right, skipping inside a defender and picking out Alfie May on the corner of the box. However, his first low first-time effort was smothered by Christian Walton in the Ipswich goal.

Duff sent on Ben Williams (for Hutchinson) and Wright (Ramsey) for the final 20 minutes or so and immediately they created a couple of half-chances from the left-hand side to draw the growing frustration from the partisan crowd of more than 21,000.

Ipswich then wasted more chances with substitute Macauley Bonne and then Chaplin firing over.

And despite all the pressure, it was Andy Williams who could have snatched victory deep into injury time but he fired it high and wide from a tight angle. 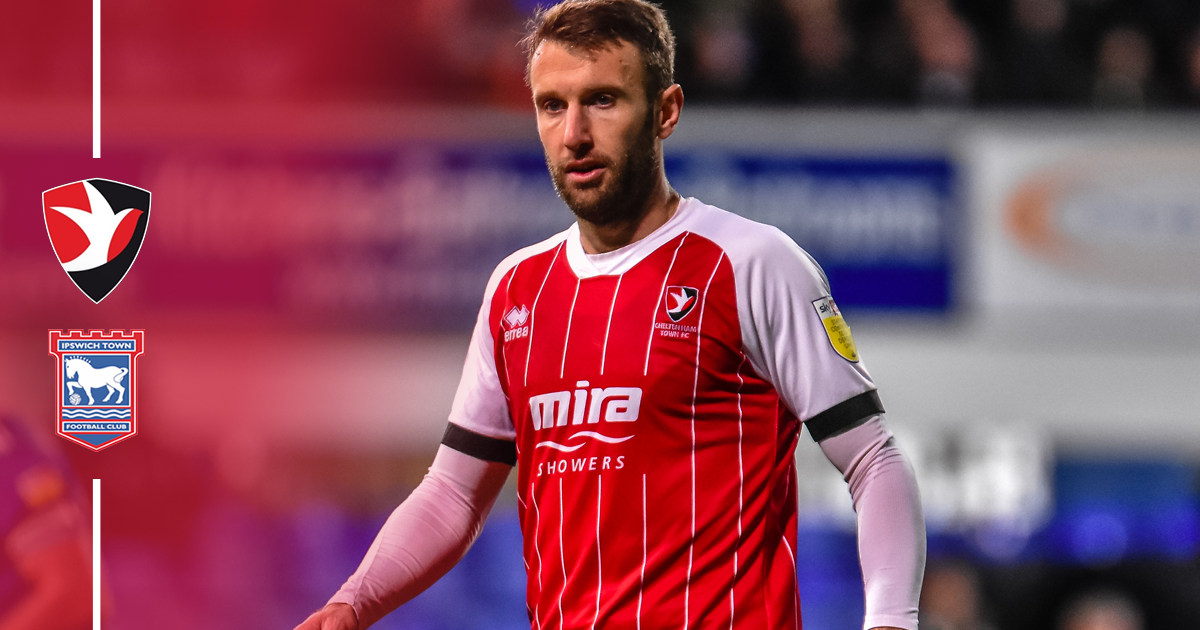 On Tuesday it's an away fixture at Ipswich Town's Portman Road.

Supporters can buy tickets and away travel for the match in Suffolk from the ticket office at Cheltenham and online.

They must be bought in advance - they cannot be purchased on the night at Ipswich.

There are limited tickets for ambulant disabled supporters located in Block S in the Lower Tier of the Cobbold Stand; please note this is a separate area to the rest of our supporters.

Ambulant disabled supporters wishing to sit in the Upper Tier can do so but please note that there is no lift access or accessible toilet facilities in this area.

Car parking spaces (x5) are available for visiting disabled supporters, these can be purchased by contacting the Ipswich Town Disability Liaison Officer on 01473 400 556.

The Travel Club coach heading to the game departs at 1.30pm from the Jonny-Rocks Stadium.

Buy from the ticket office on Monday which is open from 10am to 3pm or online at any time.

Sales end at 9am on Tuesday morning. Tickets purchased through Cheltenham but not collected will be available to collect on the night at Ipswich. 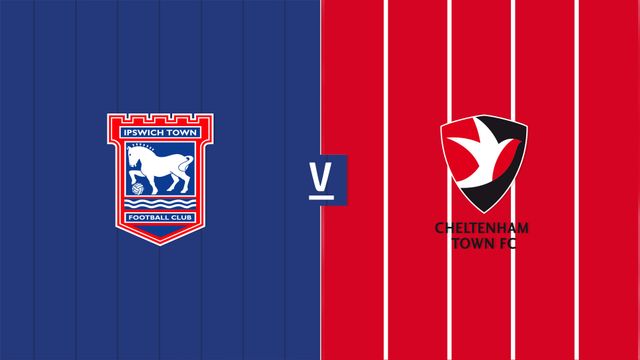 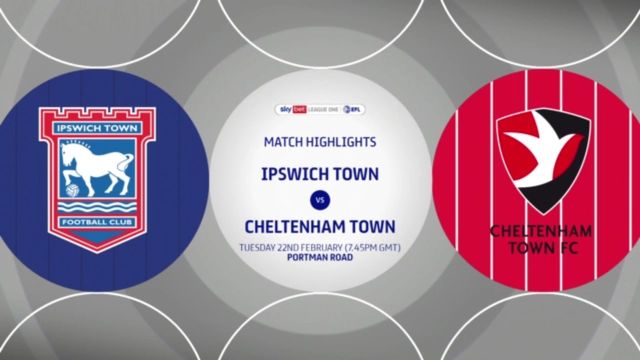 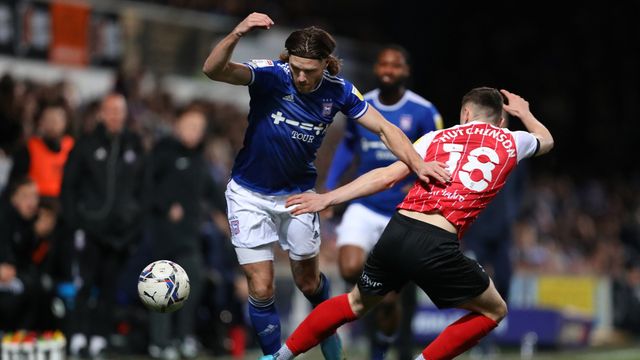