Fresh off the back of a fantastic opening day win at League One Peterborough United in the Carabao Cup, Michael Duff's side head across the Severn Bridge to Rodney Parade for their first Southern Group F game.

Matches against Plymouth Argyle and Norwich City under-21s are still to come but the Robins will be aiming to get off to a good start in the competition against the only other League Two side in the group.

Tonight's match is taking place behind closed doors because of covid-19 regulations. Please do not attempt to make the trip to Newport. You can watch the game by purchasing a match pass on iFollow.

Sean Long and Scott Flinders miss the game through injury, however Dan Bowry is expected to be fit enough to make a return to the squad.

New signing Matty Blair is also back fit and could be involved while Hull City loanee Elliot Bonds has passed the training protocols required to see him declared fit for action.

This evening's opponents finished 14th in League Two last season. They made a fantastic start to the new campaign on Saturday by recording a 2-0 win over Championship side and fellow Welsh outfit Swansea City in the first round of the Carabao Cup.

Boosted by that result they head into this evening's game with also an eye on their League Two opener this weekend which sees them line up with an away match at Scunthorpe United.

This summer they have strengthened their squad with the additions of lively strike duo Scott Twine and Saikou Janneh who have both made the switch to south Wales from loan clubs Swindon Town and Bristol City.

Another attacker who has linked up with Newport, though at the opposite stage of his career, is Kevin Ellison. His long stay at Morecambe ended in the summer and at the age of 41 he's become a County player for the new season.

Having reached the League Two play-off final at the end of the 2018/19 season they'll be eager to try and seek an opportunity in the coming season to push towards the top end of the division once again with their bolstered squad.

Michael Flynn has been in charge at Newport since March 2017. He's now gearing up for his fourth full season in charge of the Exiles.

Newport are a club he knows well having played for them at four different points in his career - his last playing spell while being registered as a player and also being in the dugout.

He's enjoyed a huge amount of success, particularly in cup competitions, while being in charge. This has included notable cup victories over the likes of Leeds United, Leicester City and Middlesbrough.

A midfielder in his playing days, he also represented the likes of Gillingham, Blackpool, Huddersfield Town and Bradford City. 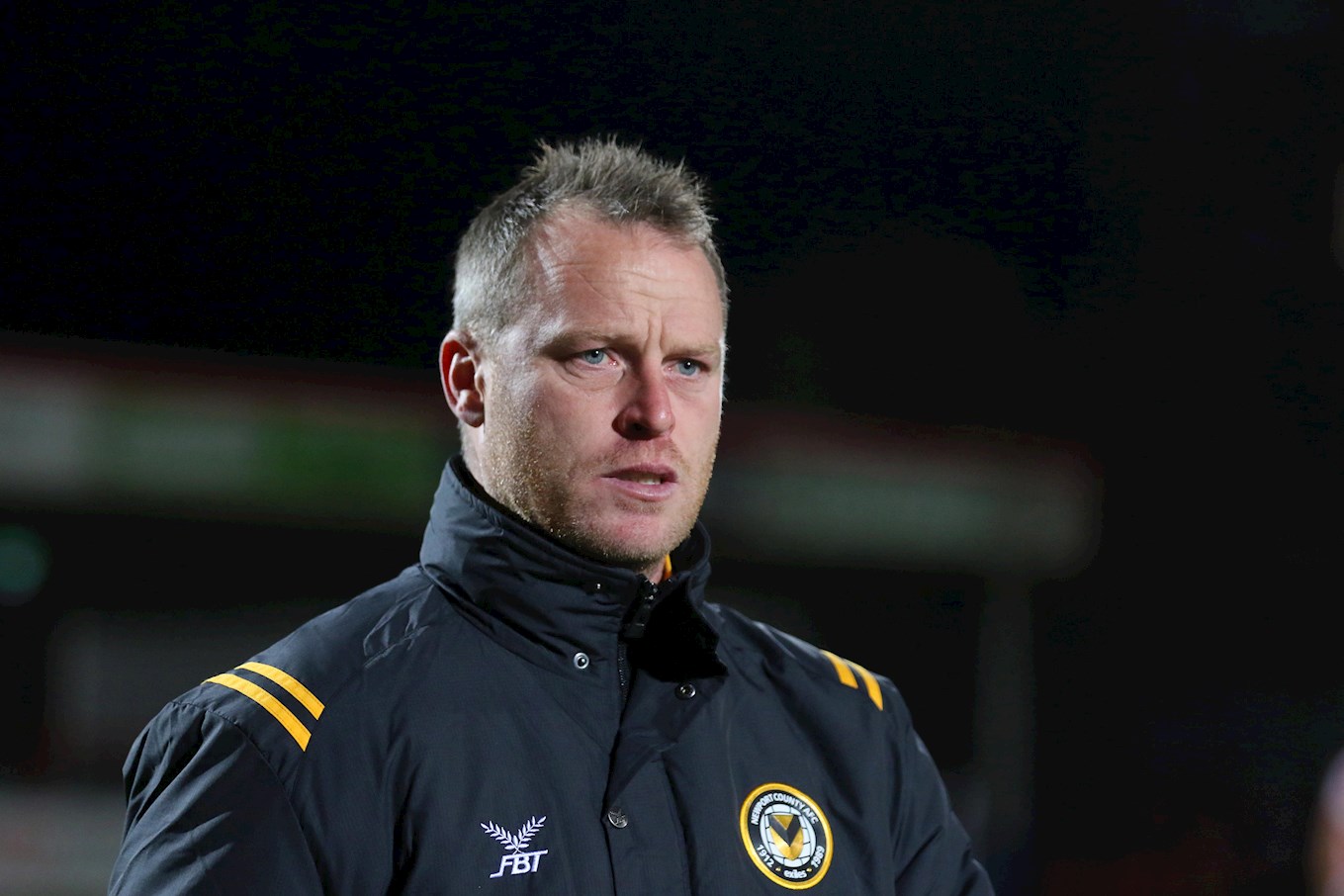 Pádraig Amond has now been on the books at Newport since August 2017 and was one of manager Michael Flynn's earliest signings.

The Irish front man has plenty of EFL experience having turned out for the likes of Hartlepool United, Morecambe and Accrington Stanley. Previous to that he helped Grimsby Town earn promotion to the Football League as National League play-off winners, while he played back in his home country for Shamrock Rovers, Kildare County and Sligo Rovers. He also had a spell in Portugal with Paços de Ferreira.

Last season he netted 13 times in 42 appearances in all competitions and featured as a substitute in their Carabao Cup win at Swansea City on Saturday. 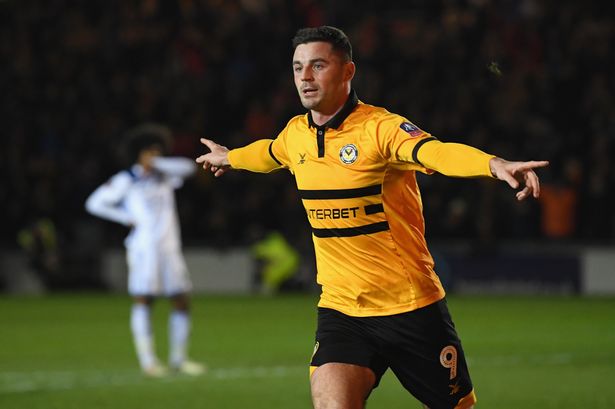 With tonight's game taking place behind closed doors due to covid-19, you can stay up to date with the action by watching every season from Rodney Parade online with iFollow.

A match pass for the game is available to buy for £10 and you can buy yours in the lead up to kick-off. 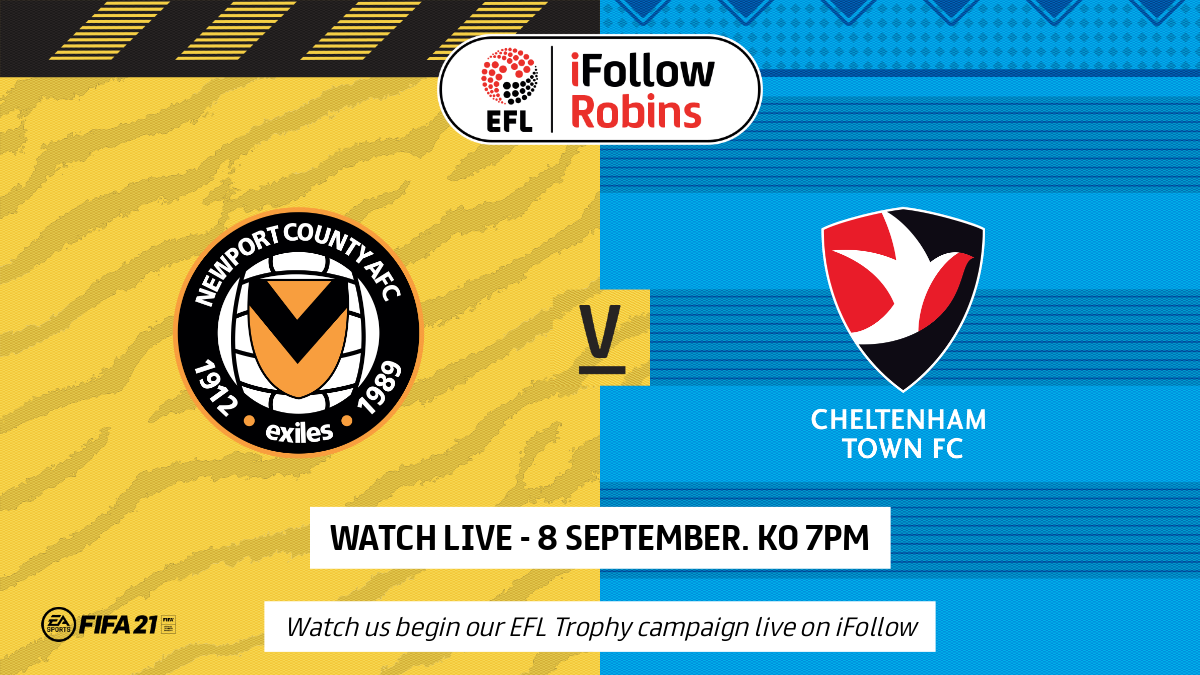 On top of the game being shown live on iFollow, you can follow the Cheltenham Town social media accounts for live coverage of this evening's contest.

BBC Radio Gloucestershire will also be providing live commentary of the game, while post-match you can check out the club website for a report and post-game reaction.

It wasn't a classic, and there wasn't much between the two sides on the night but Reid made his chance count to secure the narrow win.

This was a much tighter than the fixture in this competition last term when the two sides shared 11 goals in a topsy-turvey affair at the Jonny-Rocks Stadium.

Michael Duff was pleased with his side's application at Rodney Parade, praising his players for the way they went about this EFL Cup tie.

"I thought it was a good game tonight," said Duff.

"We asked the boys to play with the same intensity as we did on Saturday and I'm really pleased with how they went about the game.

"There are lots and lots of positives in how we've performed in these two games because that's what I was looking for. The results will look after themselves."

Next up, the visit of Morecambe as the league campaign finally gets underway.

Duff rang the changes, making nine in total from the Carabao Cup success in Peterborough four days ago. Only Josh Griffiths and Lewis Freestone were retained from Saturday's victory.

Reid had one disallowed and went close with another during an evenly contested first half which lacked chances, although Tom Chamberlain's long ranger wasn't a million miles away.

The hosts forged two great chances to open the scoring seconds either side of the break. Brandon Cooper was presented with the best chance of the opening 45 minutes, but his downward header dropped wide of the target. And within a moment of the restart, Padraig Amond had a great chance of his own but Will Boyle got back and was able to hook it clear of danger.

At the other end Reid called Tom King into his first meaningful save, a low one with a forceful effort from an angle down the right.

The Robins went on to cause more problems through George Lloyd and Alex Addai, while Chris Clements – a half-time replacement for Matty Blair – almost caught out the Newport goalkeeper with an inswinging corner from the right.

Fifteen-year old Sonny Lewis spent the afternoon at school and went close to a goal on his debut with an effort from a tight angle, but it flew across the face goal.

Moments later the Robins that made the breakthrough with 21 minutes left to play after a smart move down the left.

Lloyd was deputising at wing back and picked up play down the left and cut it into the path of Boyle, who lifted a ball to the far post where Reid had arrived to head home his first goal of the campaign.

There was a late chance for Lewis Collins, who cut inside Lloyd to open up a shooting chance from a great position 12 yards out but he skied his effort, which summed up his side's finishing on the night. 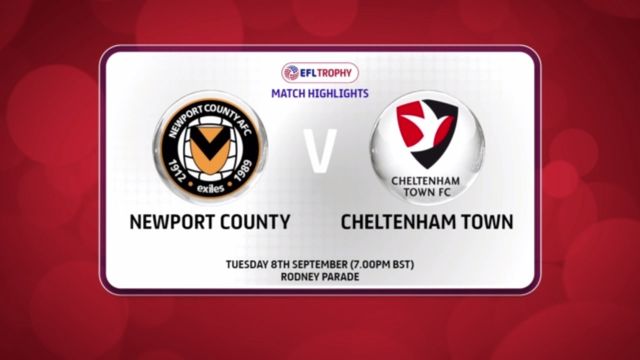 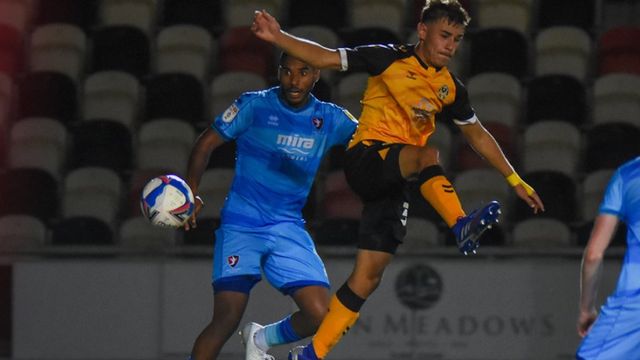