Cheltenham Town face off against Championship opposition in the shape of Millwall in the Carabao Cup second round on Tuesday night (kick-off: 6pm).

The Robins head to The Den for the first time since last visiting nearly 12 years ago for a one-off tie to see who will host one of Premier League duo Sheffield United or Burnley in the third round.

An eye catching win over Peterborough United in the first round has set up the game in south east London in what's sure to be a tough challenge against a Millwall team competing two levels above Cheltenham.

The match is taking place behind closed doors because of covid-19 but you can still stay up to date with all of the action by purchasing a match pass to watch online on iFollow.

Defender Lewis Freestone may be back involved after a foot injury ruled him out of Saturday's League Two opening defeat to Morecambe.

The 2019/20 campaign saw Millwall kick on from a difficult season before that where they had managed to avoid relegation back into the third tier with a four point gap above the drop zone. Last season they achieved an 8th place finish - two points off the Championship play-offs.

They began their new Championship campaign on Saturday with a home clash with Stoke City that ended in a goalless draw.

Manger Gary Rowett's side have already beaten one League Two team in the Carabao Cup this season. In the first round they travelled to Crawley Town and picked up a 3-1 victory.

The shortened summer from the end of their previous league campaign has seen them move to bring in attacker Mason Bennett from league rivals Derby County for an undisclosed fee, while they've also been active in the loan market, securing Troy Parrott from Totttenham Hotspur, Scott Malone from Derby County and Ryan Woods from Stoke City.

Gary Rowett replaced Neil Harris as Millwall manager in October 2019 and last season his club's supporters will have been impressed with the progress he managed to make with his squad.

An experienced manager at Championship level, the 46-year-old has managed at Burton Albion, Birmingham City, Derby County and Stoke City.

In his playing days he was a defender who played for three clubs he'd go onto manage - Derby, Birmingham and Burton - while he also turned out for the likes of Leicester City, Charlton Athletic, Everton and Cambridge United. 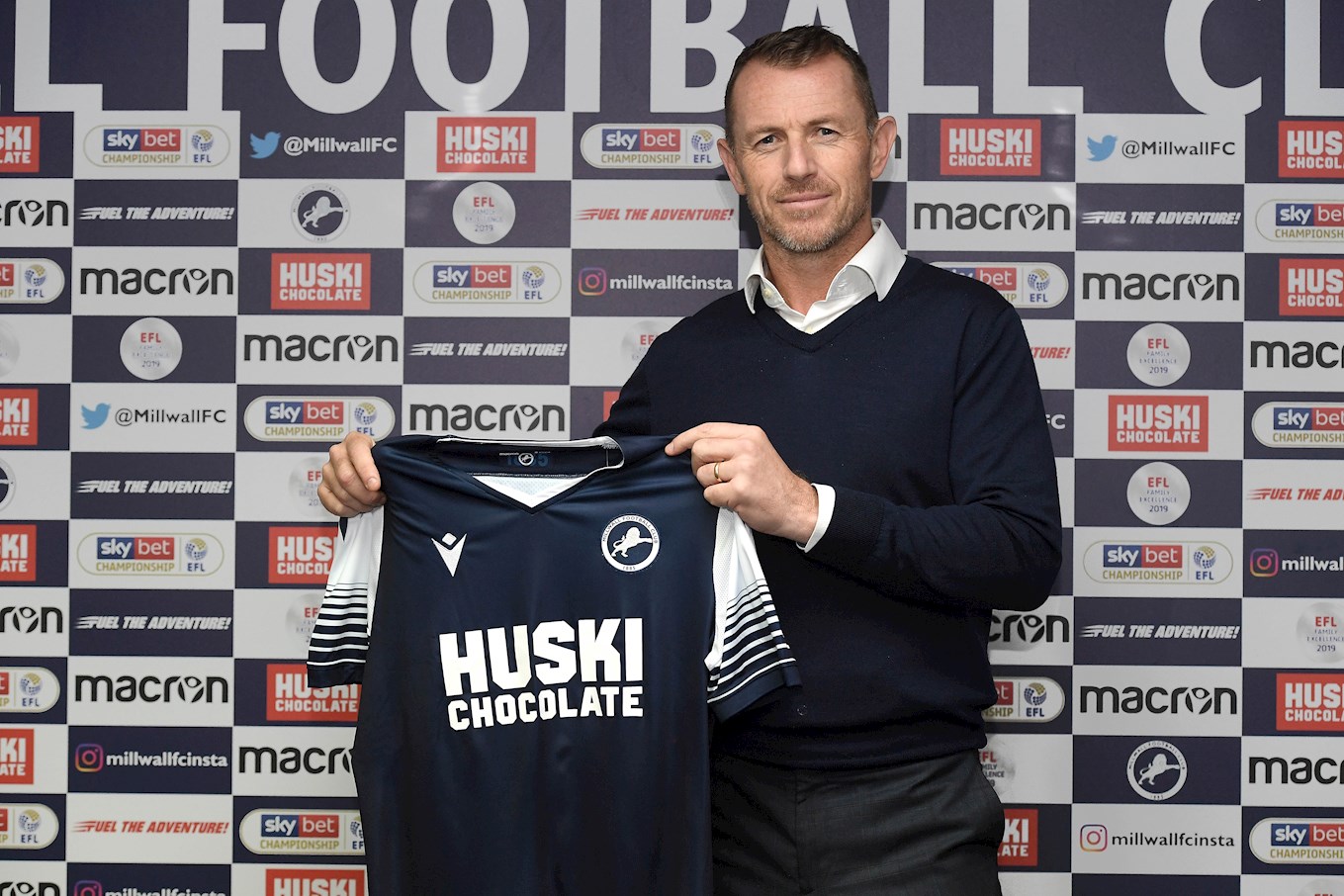 Jed Wallace is now into his fourth season with Millwall in terms of a permanent spell having previously had a loan stint at The Den.

The talented midfielder began his career at Portsmouth where he burst onto the scene at Fratton Park, subsequently earning a transfer to then Championship level Wolves.

He never quite managed to make an impact at Molineux but that was to the benefit of Millwall, who after two loan spells across 2016 and 2017 paid an undisclosed fee to eventually take him off Wolves' hands permanently where he's gone onto impress in the Lions midfield. 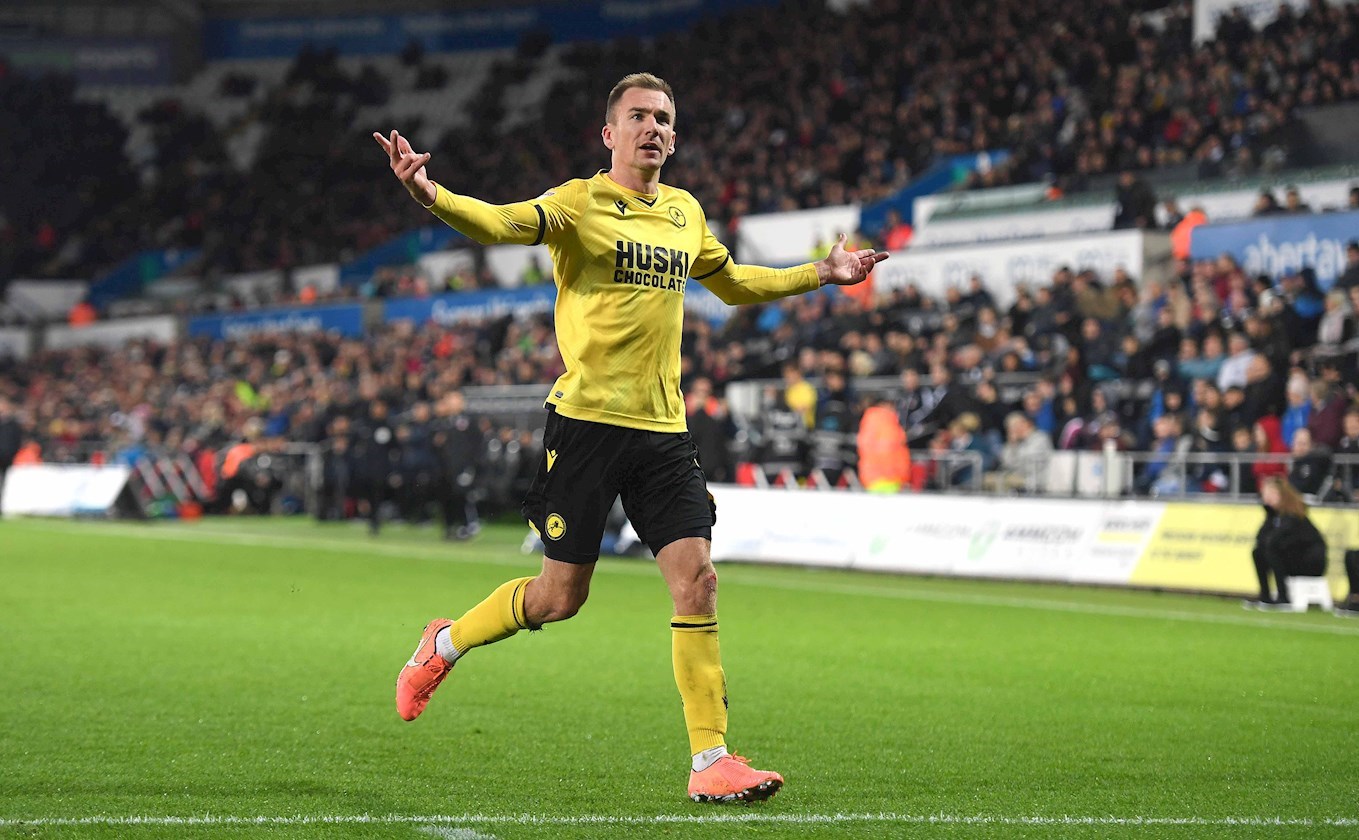 With the game being played behind closed doors you can still watch every kick from The Den by purchasing a match pass to watch the match live on iFollow.

To purchase your match pass at a price of £10 simply subscribe on iFollow.

When it comes to watching the game you have to select 'watch live now' from the live match centre on the homepage of the club website to view the action. 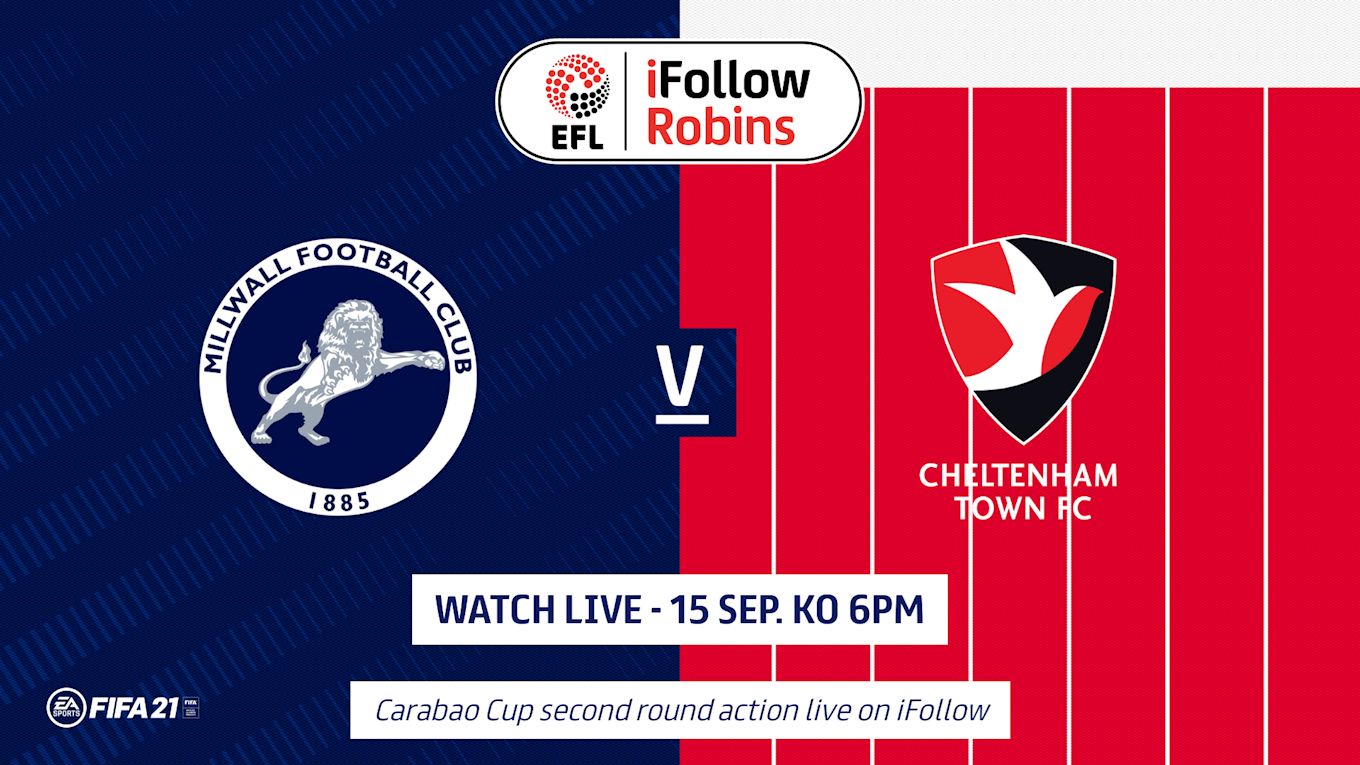 Purchase a match pass to watch all of the action from the tie at The Den for £10 on iFollow.

Stay up to date on socials by following @CTFCofficial on Twitter, while you can also buy an audio match pass for iFollow as well as tuning into BBC Radio Gloucestershire's commentary.

Post-match check out the club website for a match report and reaction to the final result. 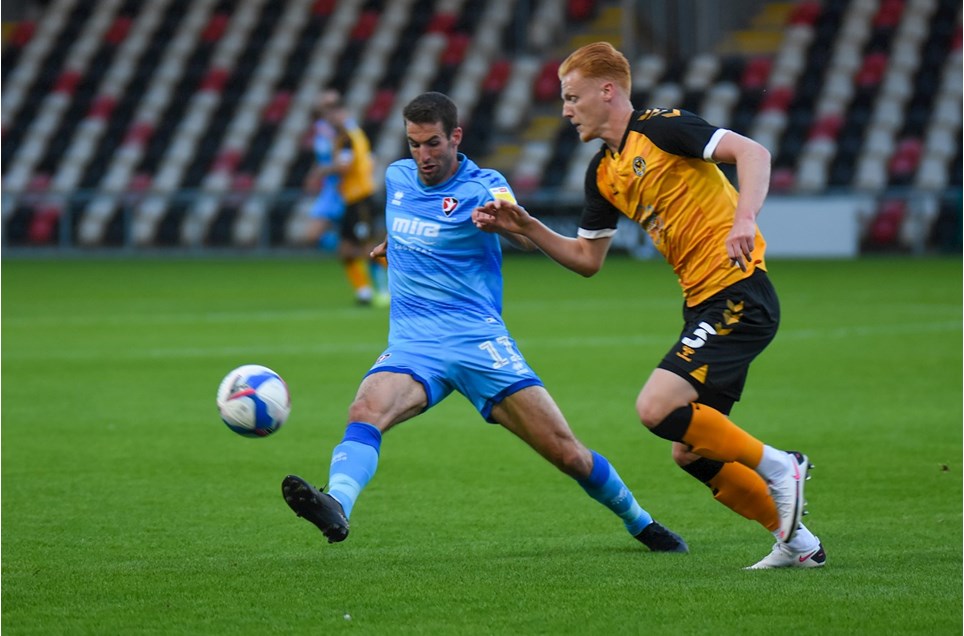 
Details for Cheltenham Town's Carabao Cup second round tie with Millwall have been confirmed.

Cheltenham Town bowed out of this season's Carabao Cup, losing at Millwall at the second round stage.

The Championship side added two second half goals to their opener before the break to hold a three-goal advantage with an hour played.

But Finn Azaz, who replaced Liam Sercombe at the interval, pulled one back to give Michael Duff's side a glimmer of hope in the closing stages.

In the end, Millwall made their pedigree count and progress into the next round where they face Burnley or Sheffield United.

This wasn't a bad performance by any means and there were plenty of positives for boss Michael Duff to focus on in defeat.

"I thought we were excellent," said Duff.

"The only difference was the two boxes. I can't remember Josh [Griffiths] having a save to make, and they scored with the three chances they had.

"We've had loads and loads of good opportunities and that's probably the only difference in the level.

"I'll take that performance every day of the week. I've just told the players that. They've got to show that belief. That underdog spirit.'

Duff made three changes to the side that suffered a late defeat four days ago. In came Matty Blair (for Chris Clements), Elliot Bonds (Finn Azaz) and Reuben Reid (Andy Williams) while Conor Thomas was restored in central midfield after deputising at right wing back at the weekend.

Cheltenham born Matt Smith wasted a couple of great chances to head the hosts in front but they capped a purposeful start with the opening goal after 19 minutes, Ryan Leonard with after Tom Bradshaw had held it up 18 yards out. He teed up the midfielder who drove it home from 20 yards, beating Josh Griffiths to his right.

The Robins began to get a foothold in the contest as half-time approached and fashioned a couple of good chances through Alfie May, the first of which he hit from the edge of the box with five defenders around him but it travelled a foot wide.

The second found the back of the net, but it was disallowed for offside – it certainly looked tight.

But the home side extended their lead three minutes after the restart with a well worked move down the left. Shane Ferguson reached the byline and sent a cross to the far post where Connor Mahoney was on hand to rifle home.

Smith added a simple third on the hour mark, but the Robins reduced arrears with 21 minutes to play through Azaz who tried his luck from 20 yards, producing a swerving effort that caught out Bartosz Bialkowski.

The midfielder almost added a second moments later, Bialkowski diving low and to his right to push away the effort as Duff's side rallied but didn't really test the Millwall number one enough to forge a comeback.

There was a late chance for Boyle, but his downward header was easily held.


Details for Cheltenham Town's Carabao Cup second round tie with Millwall have been confirmed. 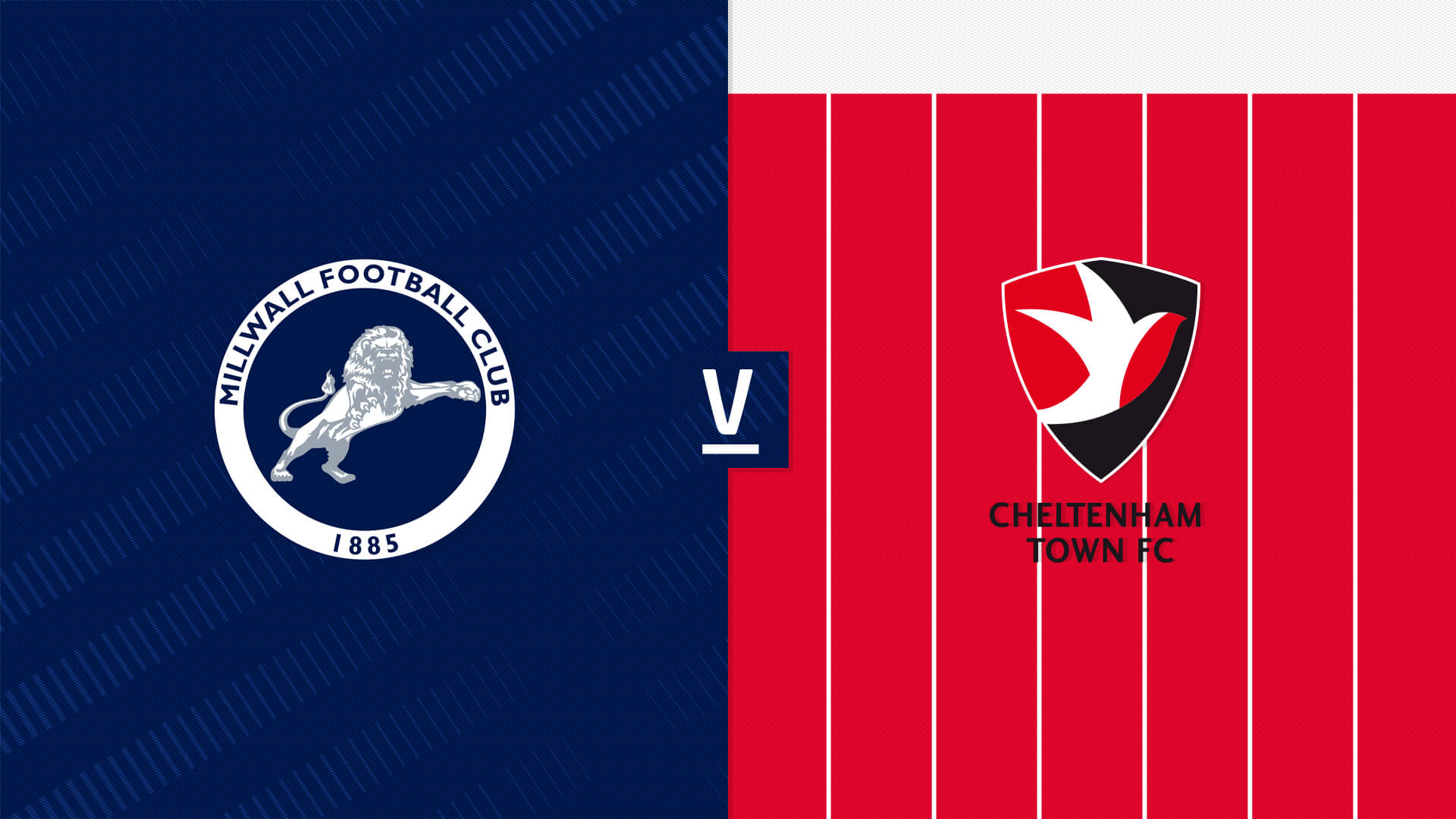 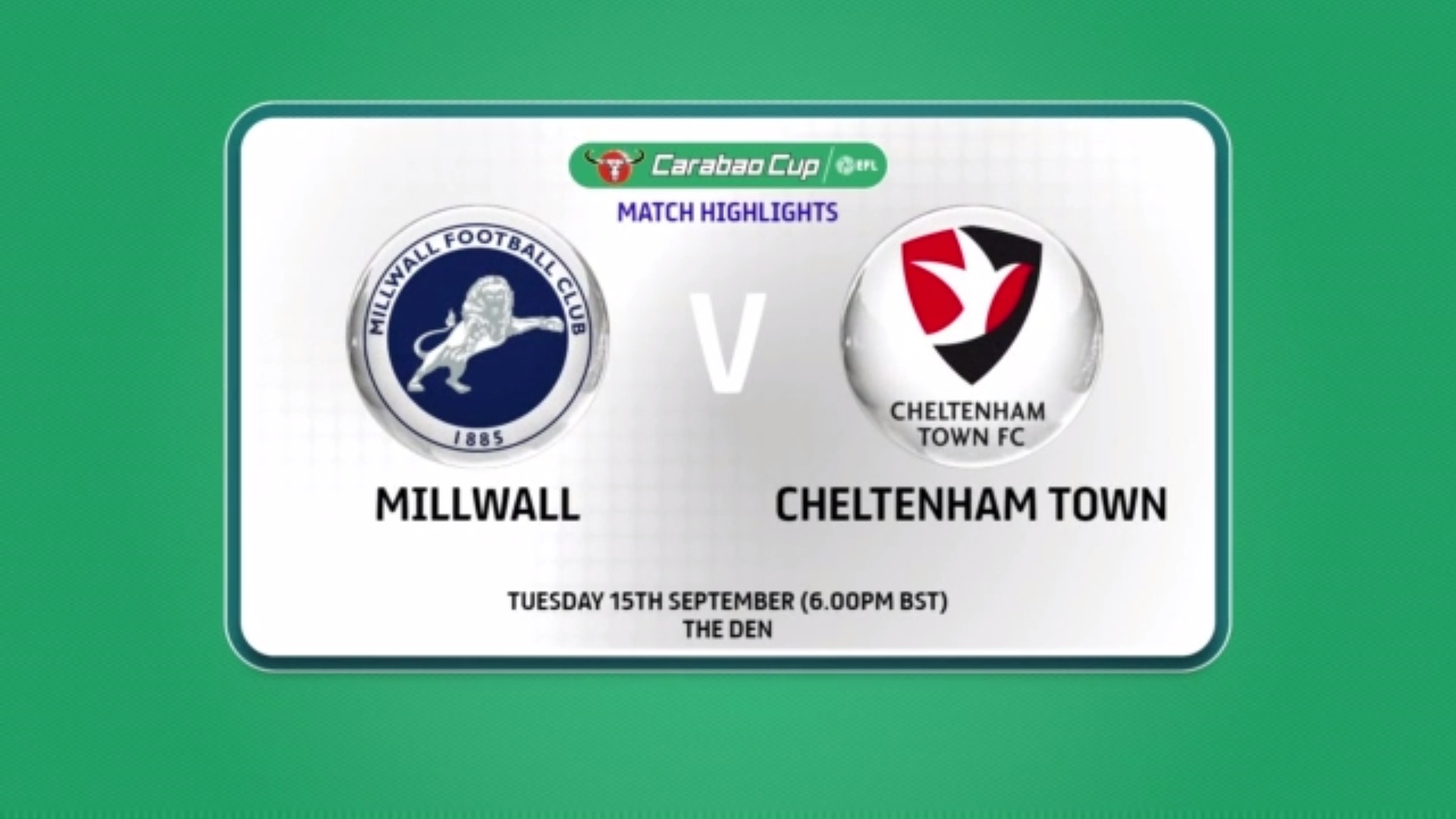