A resilient Walsall side are the visitors to the Jonny-Rocks Stadium on Saturday (kick-off: 3pm).

The Saddlers have been hard to beat in League Two this season and will travel the short distance to Gloucestershire looking to disrupt Cheltenham's good form - the Robins go into this weekend's clash on the back of three straight wins in all competitions.

Following an excellent away win at Carlisle United last weekend, and after a full week without a midweek match, there's an eagerness to add to the points on the board that see Michael Duff's troops sit in the automatic promotion places.

Michael Duff has admitted he's facing a selection dilemma ahead of the game with players returning to full fitness.

West Bromwich Albion loanee Finn Azaz has trained for a full week so may be involved for the first time in a while.

A question mark also remains over the goalkeeping position after the return to Scott Flinders last week at Carlisle, while Josh Griffiths is available having missed last Saturday's game because of international duty with the England under-20s squad.

Watch Duff's pre-match press conference as he looks ahead to Saturday's test.

Three points off the play-off places and sat in 13th position, Walsall will be rueing the missed opportunity of not turning some of the draws they've had this season into wins. The Saddlers have drawn seven times in League Two so far - the highest amount in the division - though have proven difficult to beat, losing only two times in the league.

One of those losses however came last weekend when they became the first team to be defeated by bottom of the table Southend United with a late 1-0 loss against the Essex side.

This is their second season back in League Two and they have recorded three wins so far - against Grimsby, Leyton Orient and Crawley Town.

Academy graduate Liam Roberts is the man they rely on in goal. The 25-year-old, who celebrates his next birthday in a few days time, has over a hundred appearances to his name for them.

Defensively Irishman Callum Cockerill-Mollett is another academy graduate who may appear on Saturday, Mat Sadler offers vast Football League experience from time at the likes of Watford and Crawley, while Zak Jules is a former teammate of Sean Long's where they both began their careers with Reading.

Liam Kinsella has been a long-serving member of their set-up in midfield. Former Bristol City youngster Rory Holden is another option for them in that area of the pitch for the weekend, as could be Stuart Sinclair, who played a big part in Bristol Rovers' rise through the divisions from non-league to League One.

In attack Caolan Lavery and former Cheltenham loanee Elijah Adebayo provide a threat in front of goal. They could also turn to Isle of Wight born Jake Scrimshaw who is on loan from AFC Bournemouth up top too.

Boss Darrell Clarke has been in charge at Walsall since the beginning of the 2019/20 season when he signed a three-year deal to become the Saddlers manager.

He's hoping to guide his team to promotion to League One, which if achieved, would be the second time in his managerial career.

Last time out he achieved the feat with Bristol Rovers who he led from the National League to League One having been in charge briefly when they were relegated out of the Football League.

As a player he was a midfielder who turned out for Mansfield Town and Hartlepool United. He also had loan stints at Port Vale, Stockport County and Rochdale until he ended his playing career in non-league at Salisbury City.

It was with the Wiltshire club that he started his managerial career. He achieved two promotions with Salisbury, one from the Southern Premier Division and one from the National League South into the fifth tier. 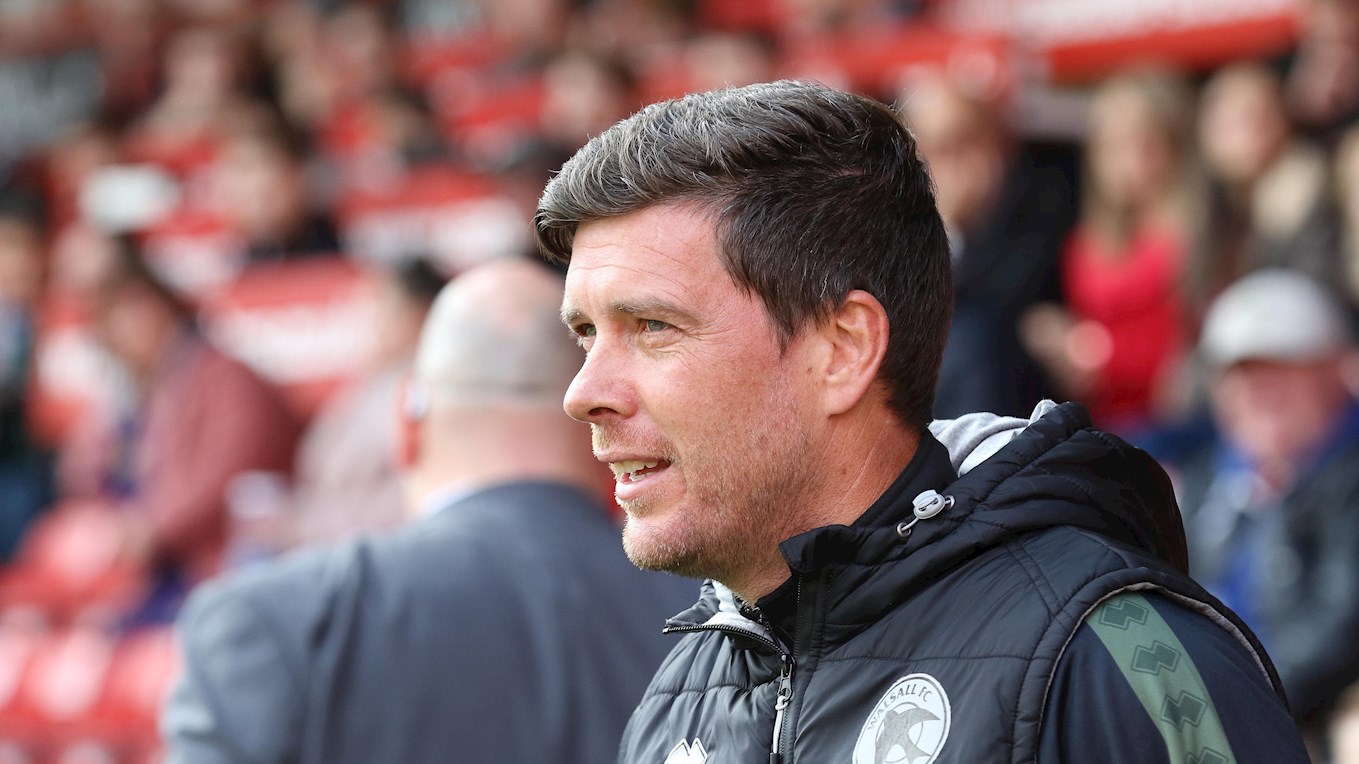 One to watch: Wes McDonald

Wes McDonald has been a regular in Walsall's ranks this season. The attack minded midfielder has only one goal to his name this term in all competitions, however netted seven times in 35 appearances for them last season.

He's been at Walsall since a 2019 move from Yeovil Town. He began his career at Birmingham City where in his time with the Blues he was sent out on loan into non-league to gain playing experience at the likes of Nuneaton Town and Solihull Moors.

His youth career saw him represent Crystal Palace and Fulham before he moved to the Midlands to break into the senior game with Birmingham. 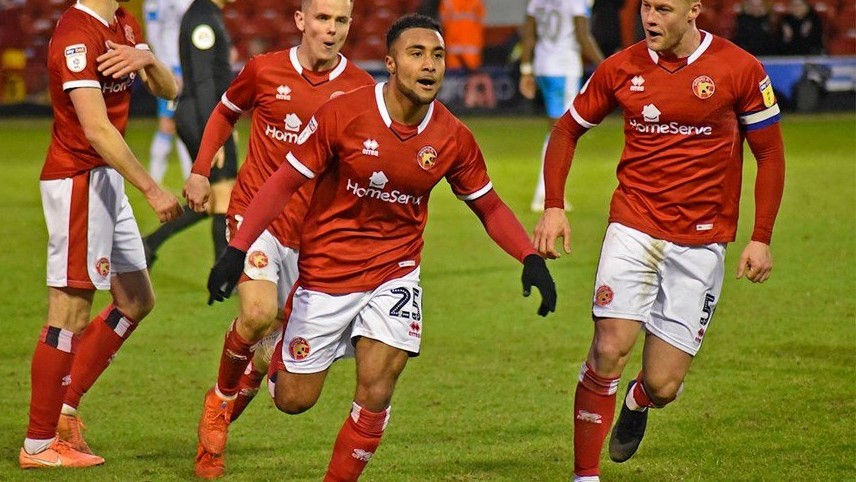 Enjoy full 90 minute coverage of Saturday's match with commentary from the comfort of your own home by purchasing an iFollow match pass.

You can subscribe online for a pass for Saturday's game. It's available to purchase for £10.

Season ticket holders will have received information via email about their free access for this weekend's fixture. 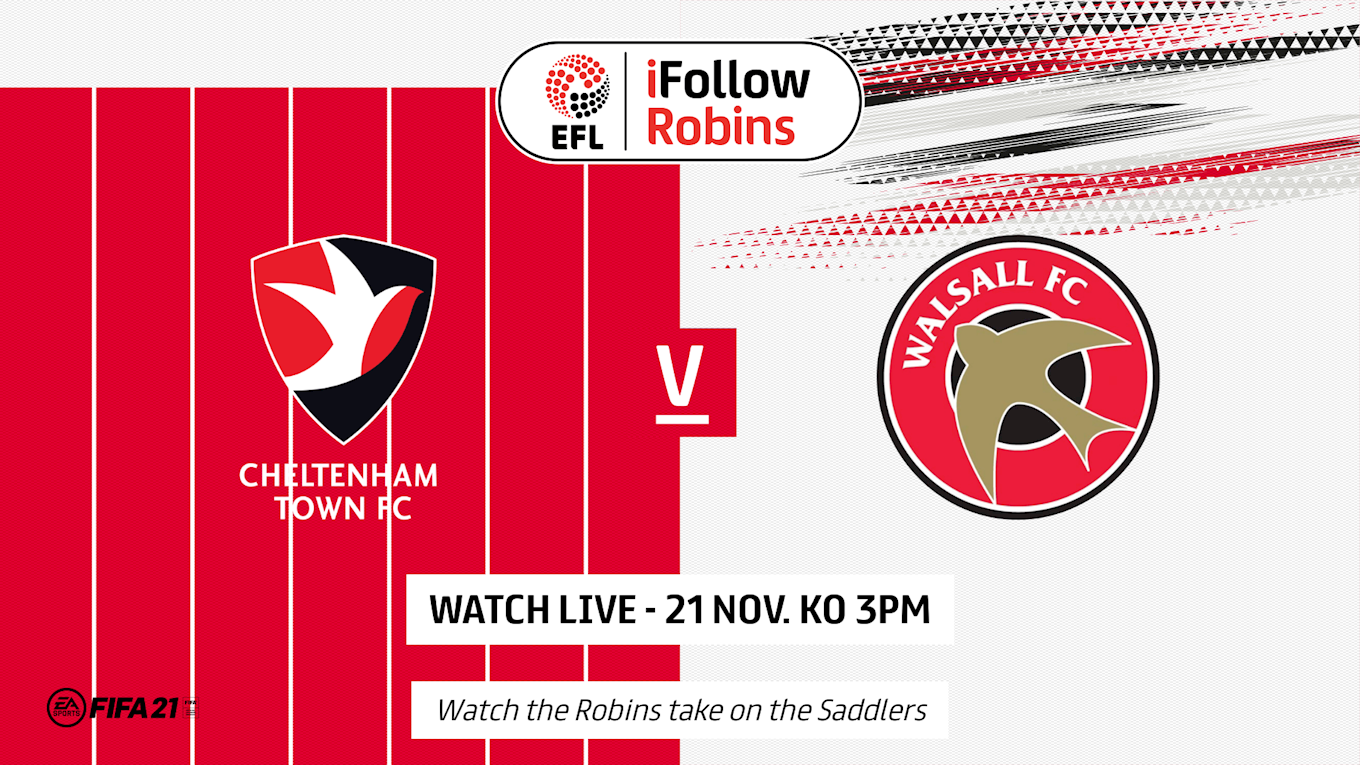 The big interview in Saturday's match programme is with George Lloyd as the academy product details his desire to work his way back into the Robins starting XI after the recent head injury that brought to an end his spell in the team.

There's also an interview with captain Ben Tozer about the progress of younger players at the club, Michael Duff looks ahead to the game, try out our programme quiz, we look back at last season's two matches against Walsall, under-18s midfielder Archie Woodall is on interview plus much more.

The programme is available in either a 24 page print format for £2.50 and can be bought online. It's also available to buy in a 48 page digital format online for £2 which you can download and keep. 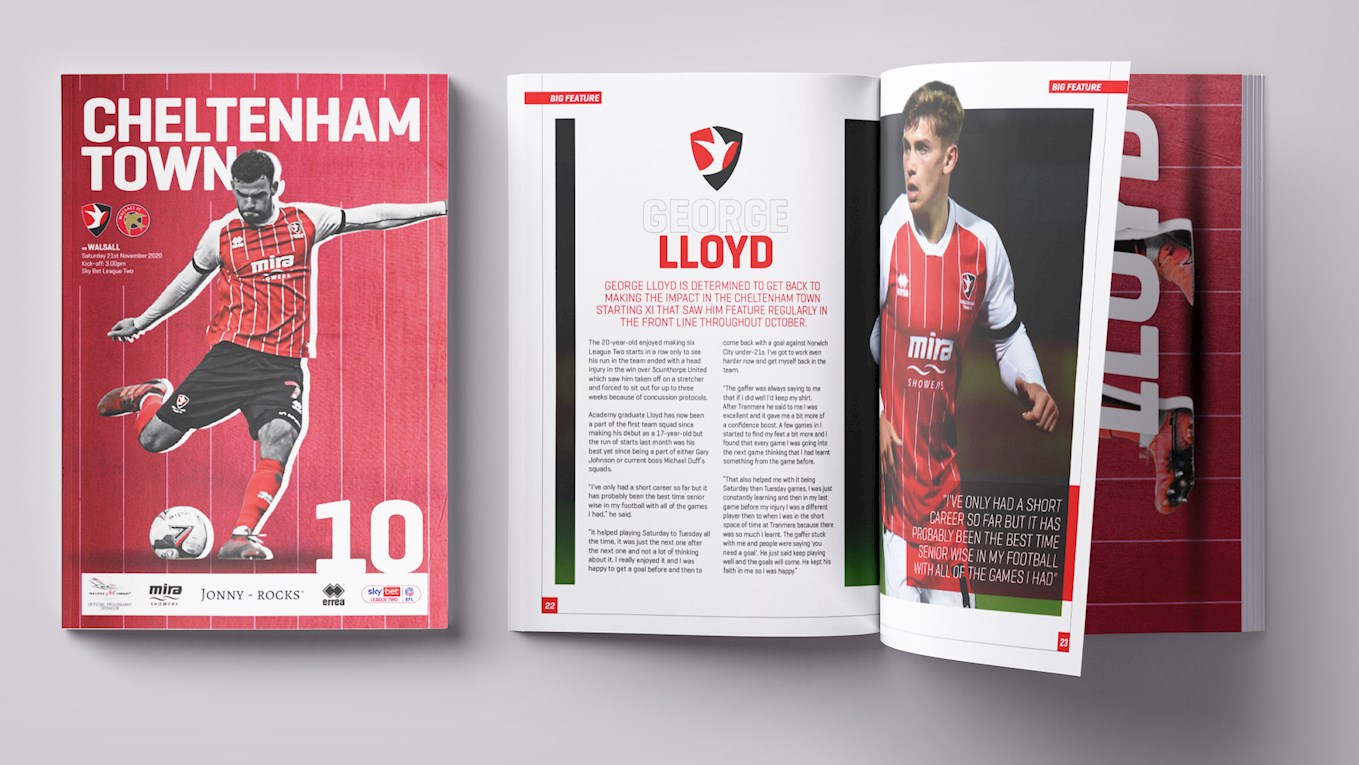 Keep up to date with Saturday's match with the club's social media accounts. You can check out regular updates on Twitter by following @CTFCofficial. There will also be goal updates and team news available on the club's Facebook page and Instagram account.

After the match visit the club website to read an on the whistle match report, while there will also be reaction from the manager and one of the players to the afternoon's outcome.

Extended highlights will be available online to watch via iFollow.

Cheltenham Town have added a fourth win in as many games by beating Walsall 3-0 at the Jonny-Rocks Stadium.

Second half goals from Matty Blair, Ben Tozer, and an own goal from Dan Scarr, sealed all three points for the hosts.

Despite hosting bottom-half side Walsall, Darrell Clarke’s side had only lost two games in League Two after the first 12 games to the campaign - a record only bettered by Exeter City.

Cheltenham came close to breaking the deadlock after only 20 minutes when Andy Williams stole a march on the Walsall defence to connect with Chris Hussey’s inviting cross.

Williams’ header across Liam Robert’s goal was denied by the post. The Walsall goalkeeper wasn’t made to work in the first half as The Saddlers made the better of the chances in the first period.

Elijah Adebayo could have taken his League Two tally to five goals if Tozer hadn’t thrown his body on the line to block his fierce effort from inside the Cheltenham box.

After Liam Kinsella was booked for simulation only minutes after Walsall came close in the opening ten minutes, the visitors would have to wait until the end of the first half to threaten Josh Griffiths’s goal again. 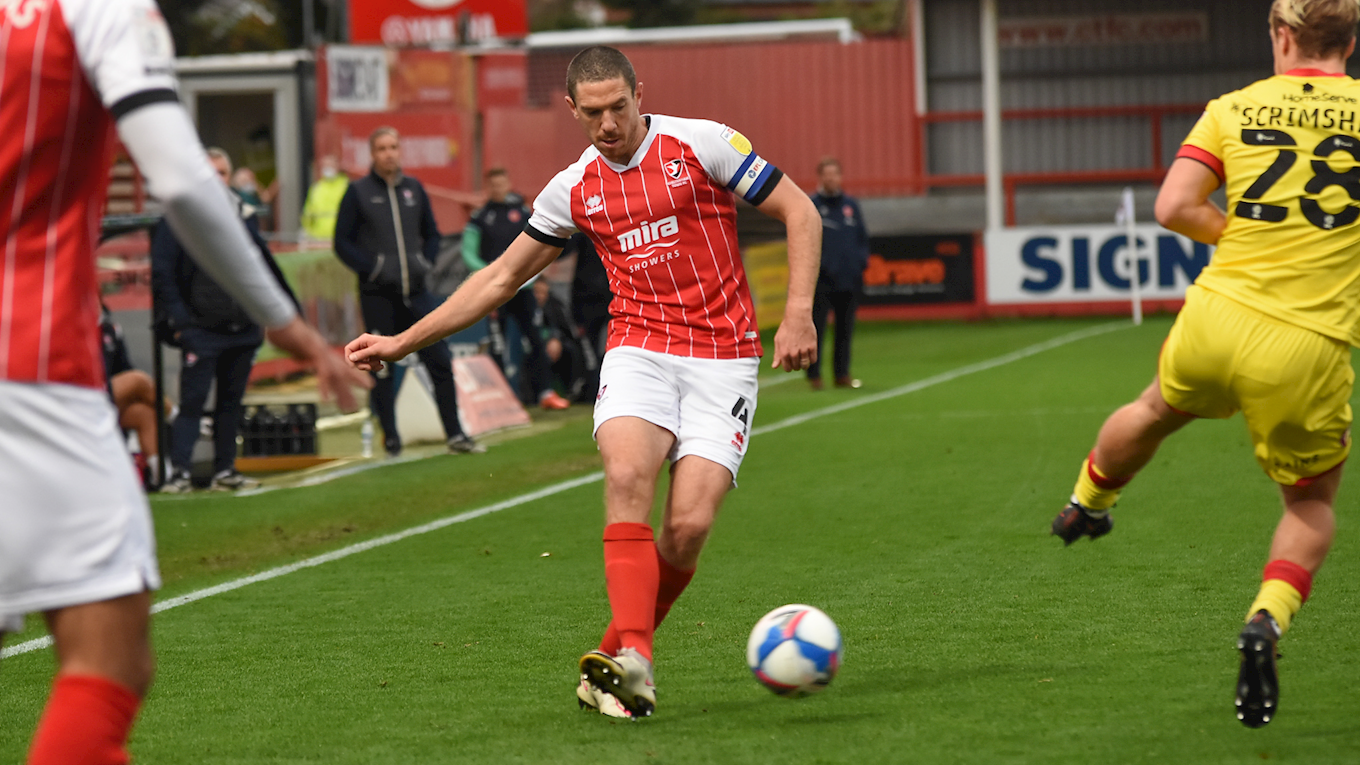 After joining up with England Under-20s for international duty this week, Griffiths returned to the starting lineup in what was Michael Duff’s only alteration to the team that beat Carlisle last time out.

Jake Scrimshaw’s effort rattled the underside of the crossbar on the 43rd minute when he connected firmly with the ball inside the Cheltenham box, following a succession of corners for the visitors.

If the first half was equally contested, then Cheltenham were keen to put the game to bed before the hour mark, as a customary long throw-in from Tozer helped break down a rigid Walsall defence.

Hurled into the box, Saddlers defender Scarr was caught under the flight of the ball as he turned the ball into his own net with goalkeeper Roberts caught in no-man’s land.

Five minutes later and another set-piece would cause problems for Walsall, as Will Boyle headed back across the six yard box from a corner, but there was nobody in a red shirt to turn the ball home. 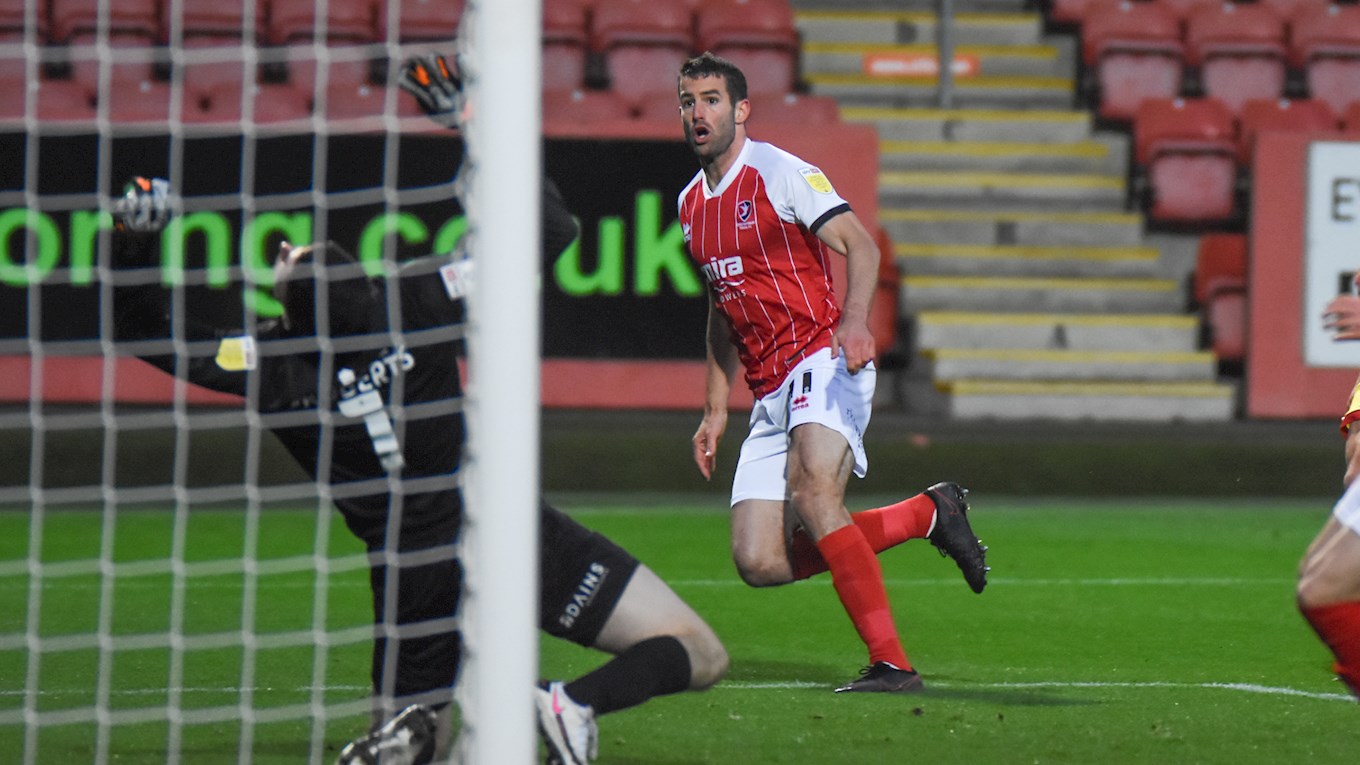 Though Duff’s side wouldn’t have to long to double their advantage as Matty Blair netted his first goal for the club. Running onto Williams’ blocked effort from inside the box, Blair drilled the ball past Roberts with aplomb.

Tozer added a third in the dying embers to make sure of the points as he turned in Chris Hussey's delivery from the right side two minutes before full time.

West Bromwich Albion loanee Finn Azaz had trained for a full week after recording from injury that had kept him out of contention since October 10, but he was returned to the matchday squad, starting from the bench.

Cheltenham will host Cambridge United at the Jonny-Rocks Stadium on Tuesday (kick-off 19:00) to contest another three points in League Two. 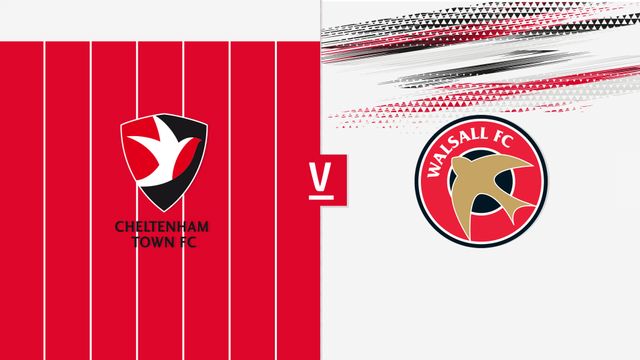 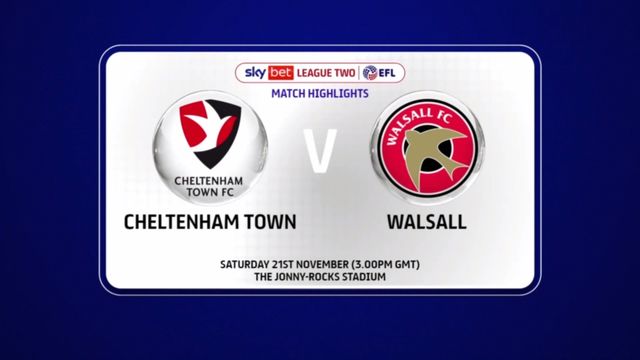 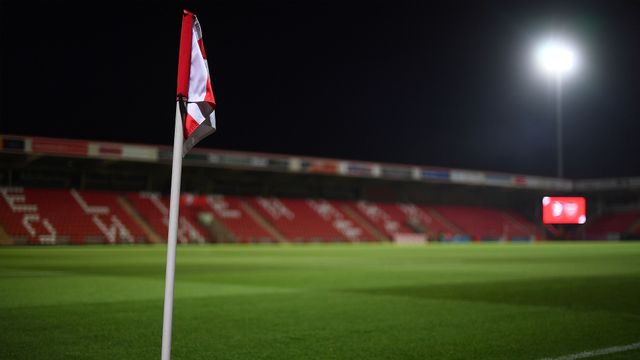