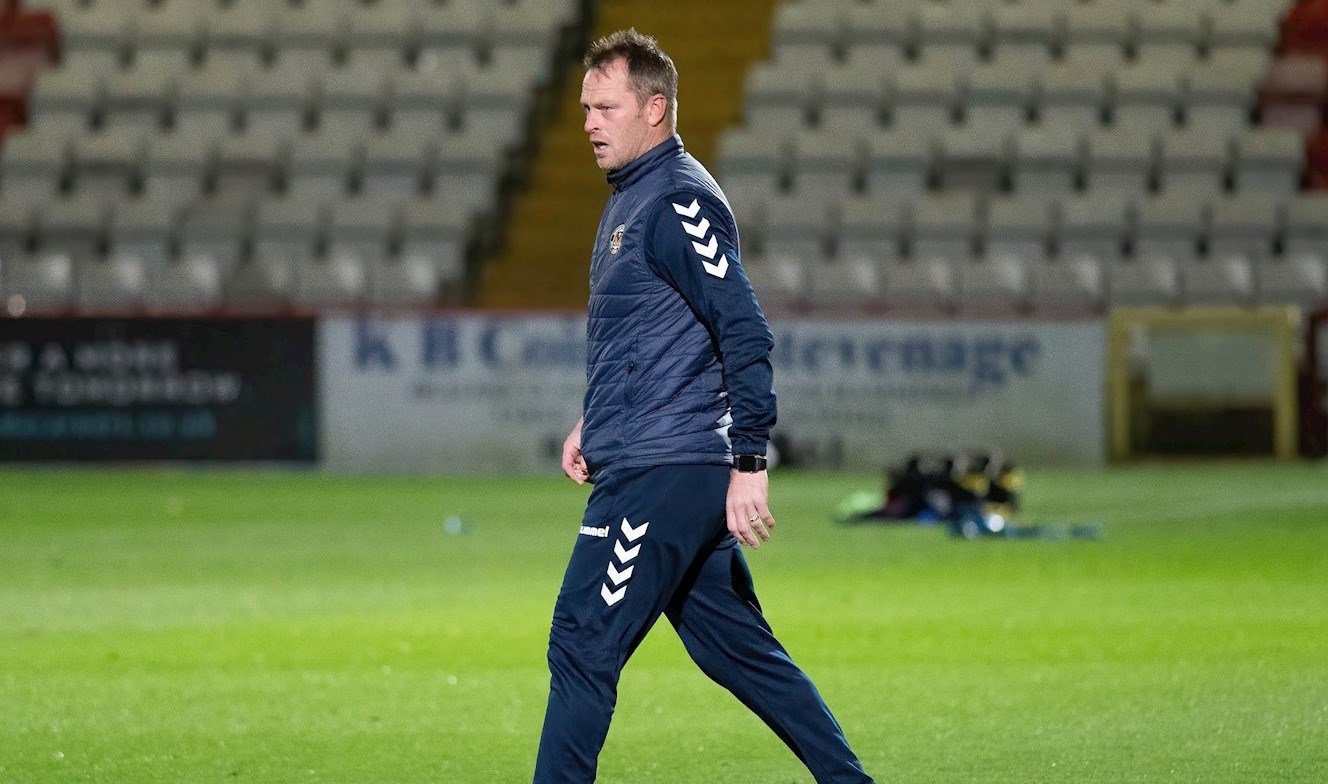 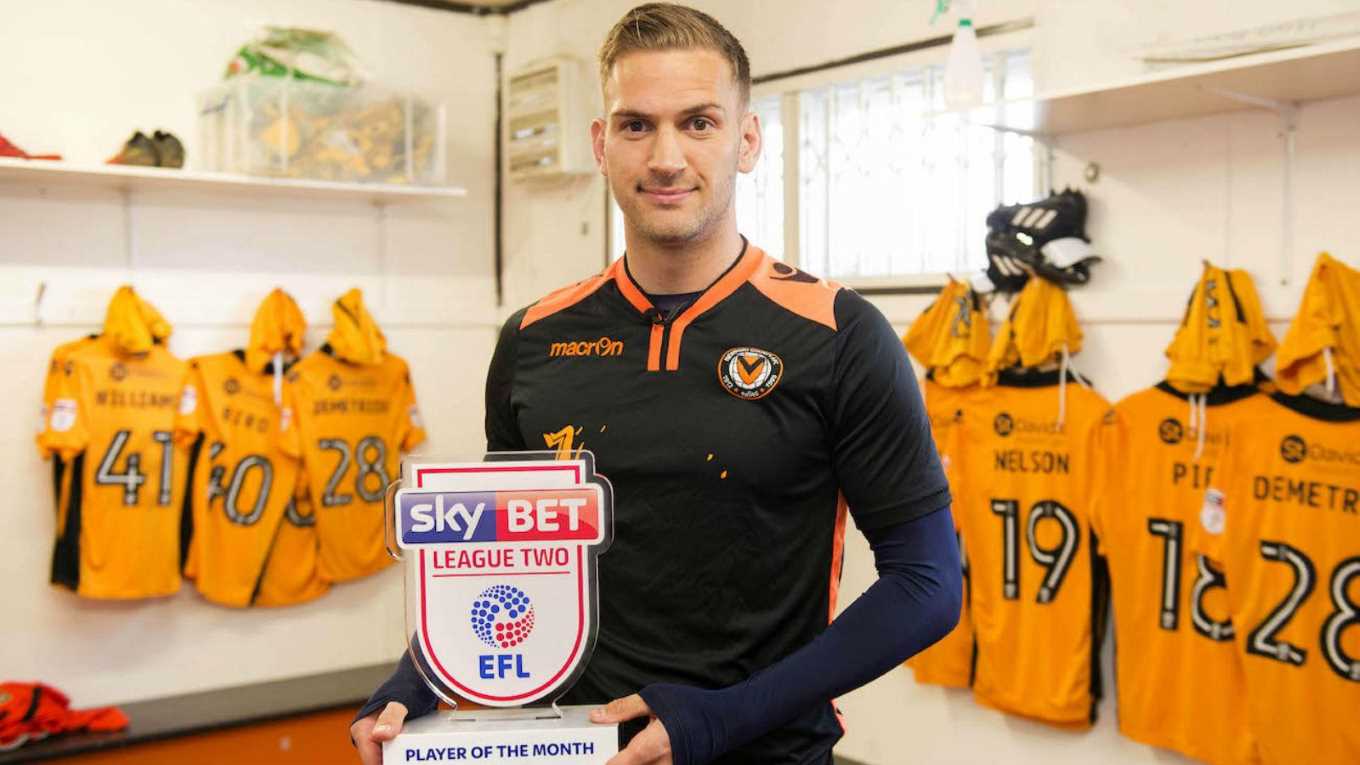 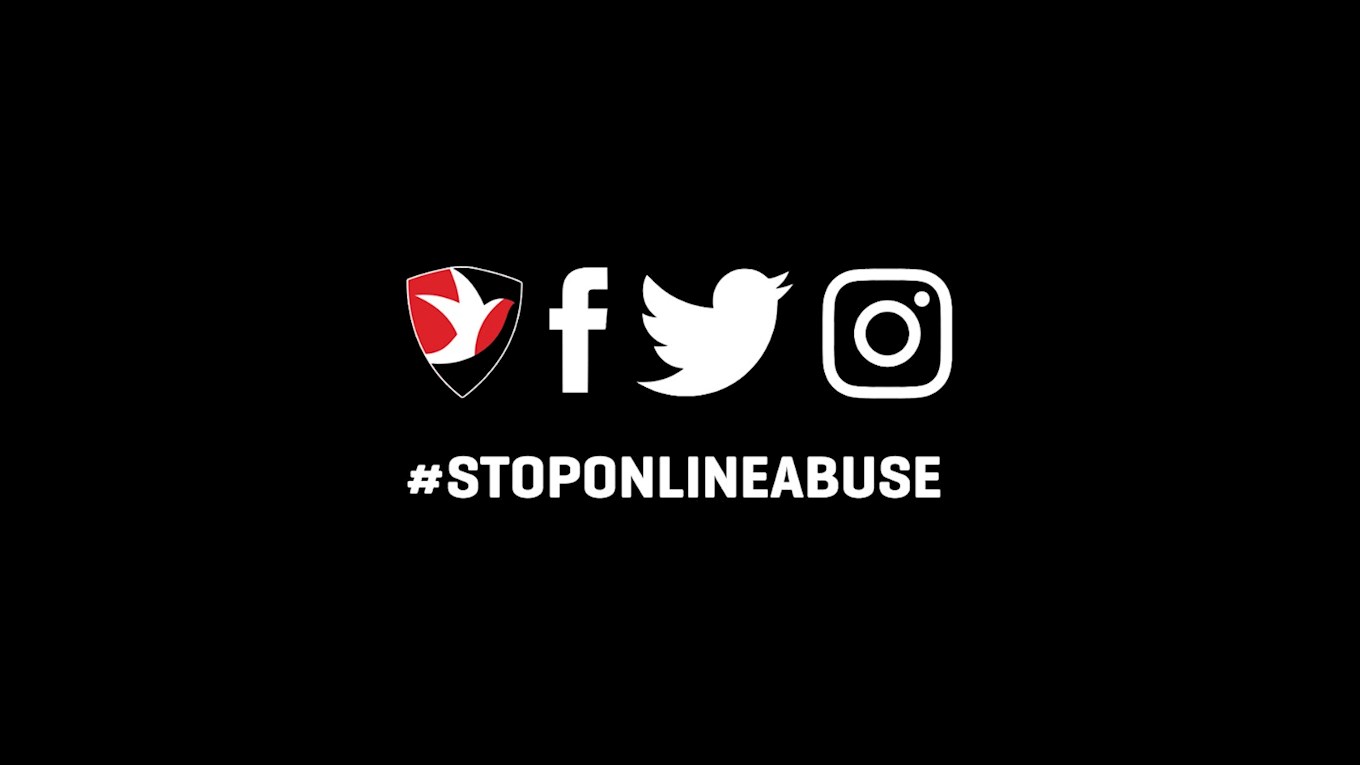 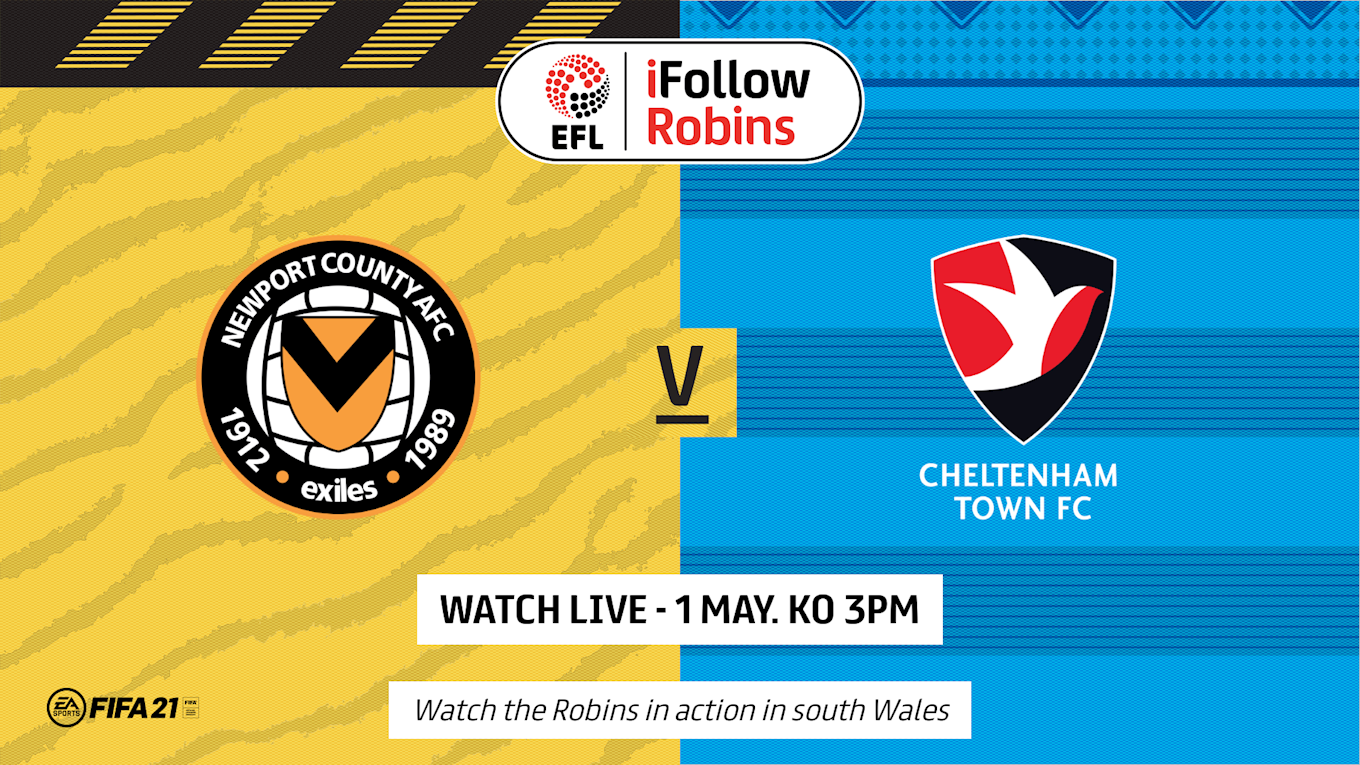 The race for the League Two title will go to the final day after below-par Cheltenham Town were defeated by Newport County this afternoon.

After the highs of Tuesday evening, nothing quite went right on an afternoon to forget at Rodney Parade.
Perhaps it was a blessing that the club had committed its support to football's social media blackout this weekend, meaning there were no updates from the game.
They paid the price for a poor start, allowing Joss Labadie to score from distance inside four minutes played and never really recovered.
Michael Duff rang the changes in the second half and he got the response he was looking for, but they were unable to convert their possession into a much needed goal.
One crumb of hope was that Bolton Wanderers suffered a late loss at Exeter City, meaning the title is now probably out of their reach because of goal difference.
So it will all come down to next weekend's match against Harrogate Town, who feature in Bank Holiday Monday's FA Trophy final against Concord Rangers. The Robins hold a two-point advantage over second placed Cambridge United, hosting relegated Grimsby Town.
Ironically it was Harrogate's extraordinary 5-4 win against United 24 hours earlier that handed Duff's side the opportunity to clinch the title in south Wales, but they came up against a resolute side who boosted their own play-off hopes with the win.
So does this topsy-turvey season have one final twist? 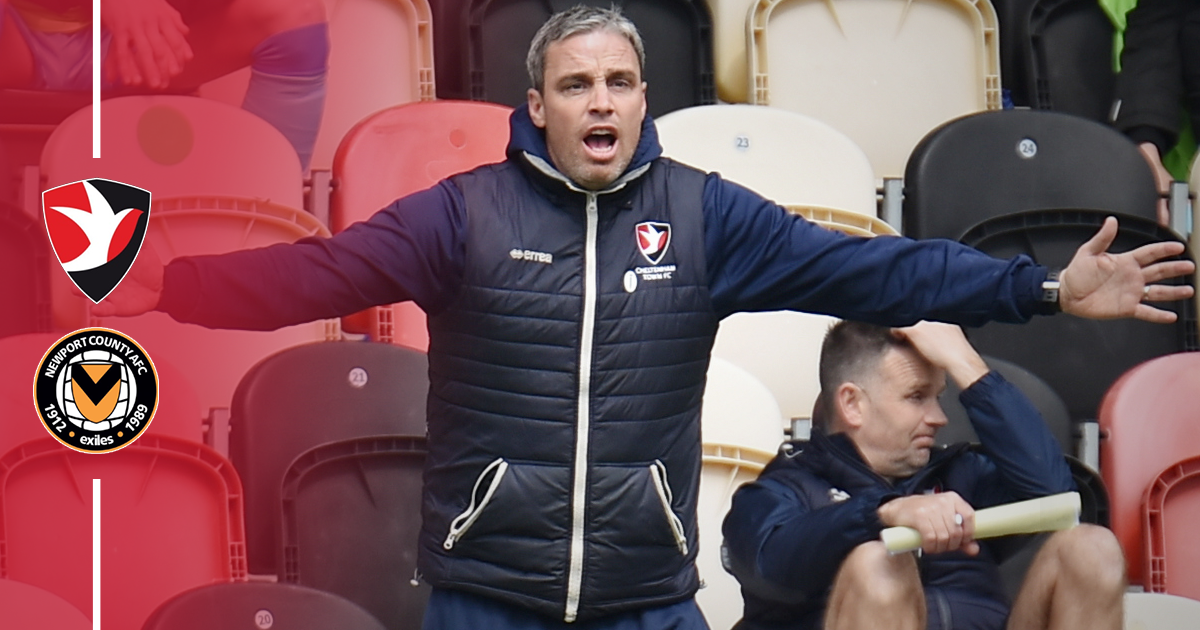 Duff was naturally disappointed after the game but remained positive going into the final week of the campaign.
"We didn't deserve to win the game today," he said after the match.
"We looked flat which is understandable after the week the lads have had. It's been an emotional week when you think about the late goal against Colchester United and come from behind against Carlisle United to get the point on Tuesday to do something this club has never done.
"So you need to recognise how big an achievement that is. But we came here today and we looked a little flat.
"The players have been on an emotional high and it was a little bit 'after the Lord Mayor's Show' today.
"The supporters will probably want to know why were we flat after the week we've had, but it's probably the week that's made us flat.
"No qualms with the result. We got beaten by the better team today.
"We've had a busy week so need to take stock and prepare for next Saturday (against Harrogate Town). We've got the best chance of winning the league, which has never been done at this football club so there can be no excuses next week. If we don't do it then it's because we didn't deserve to do it. If we do, then fantastic."
He made one change here. Alfie May came in, replacing Finn Azaz in an otherwise unchanged line-up and switched his formation to a 3-4-3. Meanwhile Welsh side boss Michael Flynn named an unchanged line-up for the fourth successive game.
And they got off to the best possible start as early as the fourth minute through former loanee Labadie, who rifled home from more than 25 yards.
Conor Thomas almost supplied an immediate response but his dipping volley was cleared off the line – perhaps with the help of a defenders hand – but quite frankly, the Robins were dismal before the break.
They were indebted to a fine save by Josh Griffiths after 20 minutes, clawing away a looping header while Padraig Amond wasted a golden chance moments later after some good work by Lewis Collins down the left to create the chance.
Sean Long produced a chance of note on the half-hour mark, calling Tom King into a routine save from the edge of the box, but overall his side carried little threat in the first half.
Callum Wright was pressed into action at the interval in place of Charlie Raglan, sparking a switch to a 4-3-3 formation while Andy Williams (for Sam Smith), Finn Azaz (Alfie May) and Indiana Vassilev (George Lloyd) were later sent on to salvage someting and there was an improvement.
Newport though were well organised and content to absorb the pressure, allowing Cheltenham to dominate possession but for all their play they couldn't test King, so the title race will go to the wire next weekend.
NEWPORT COUNTY (3-5-2): King; Shephard, Bennett, Demetriou; A Lewis, Hartigan, Sheehan, Labadie (c), Haynes; Amond, L Collins (Maynard 81) Subs not used: Townsend (Gk), Dolan, Ledley, Gambin, Ellison, Taylor.
CHELTENHAM TOWN (3-4-3): Griffiths; Raglan (Wright 46), Tozer (c), Long; Blair, Thomas, Sercombe, Hussey; Lloyd (Azaz 64), Smith (Williams 64), May (Vassilev 64). Subs not used: Flinders (Gk), Freestone, Chapman.
REFEREE: S Oldham 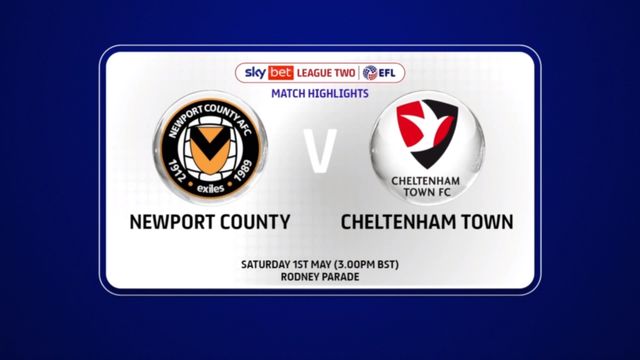 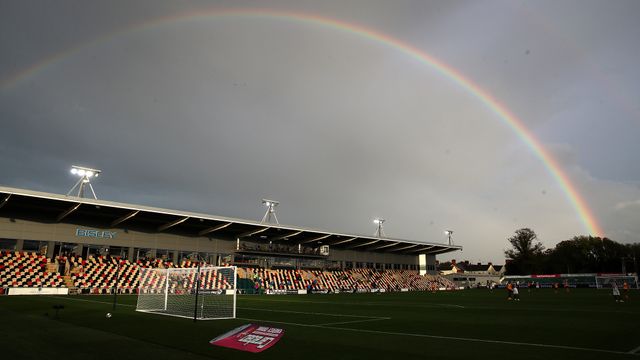