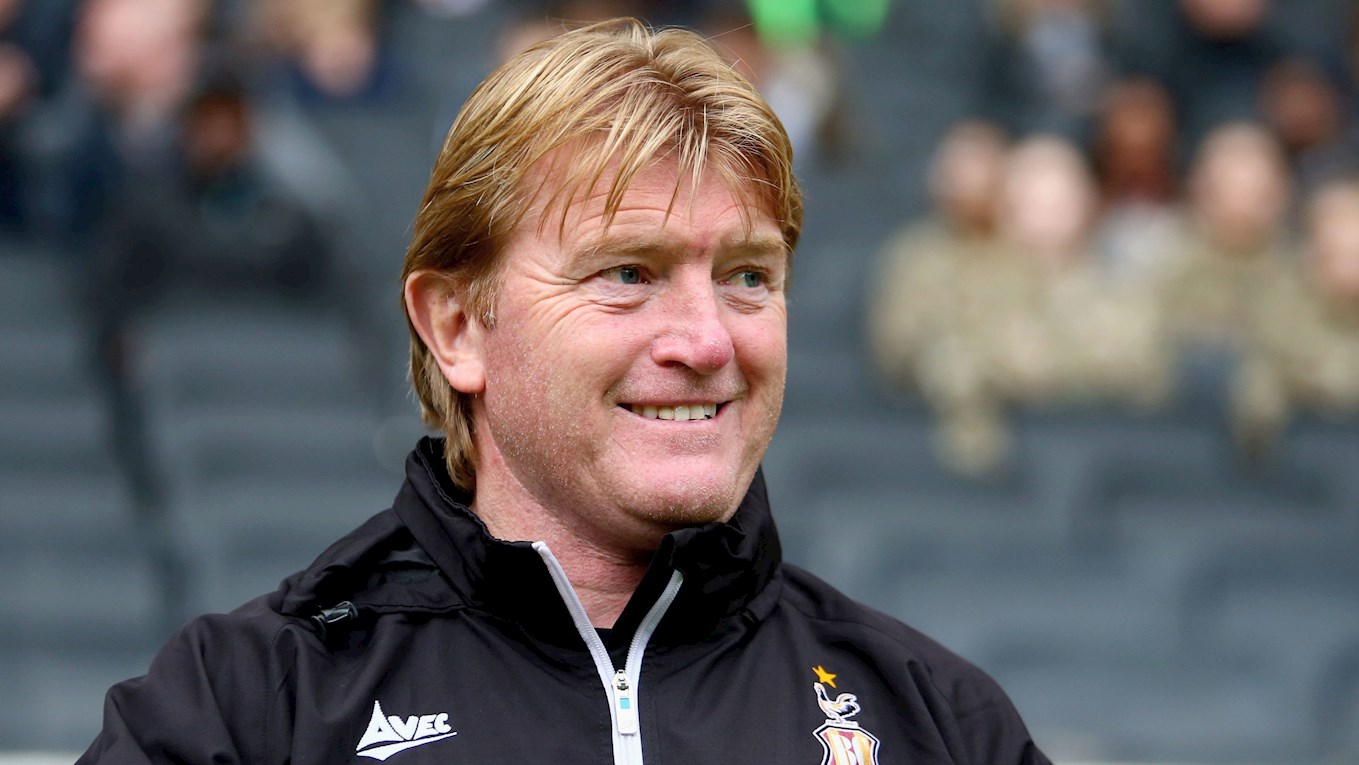 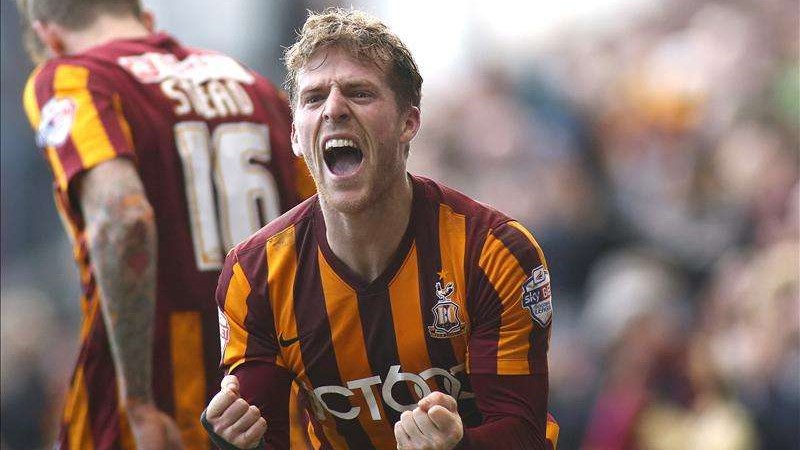 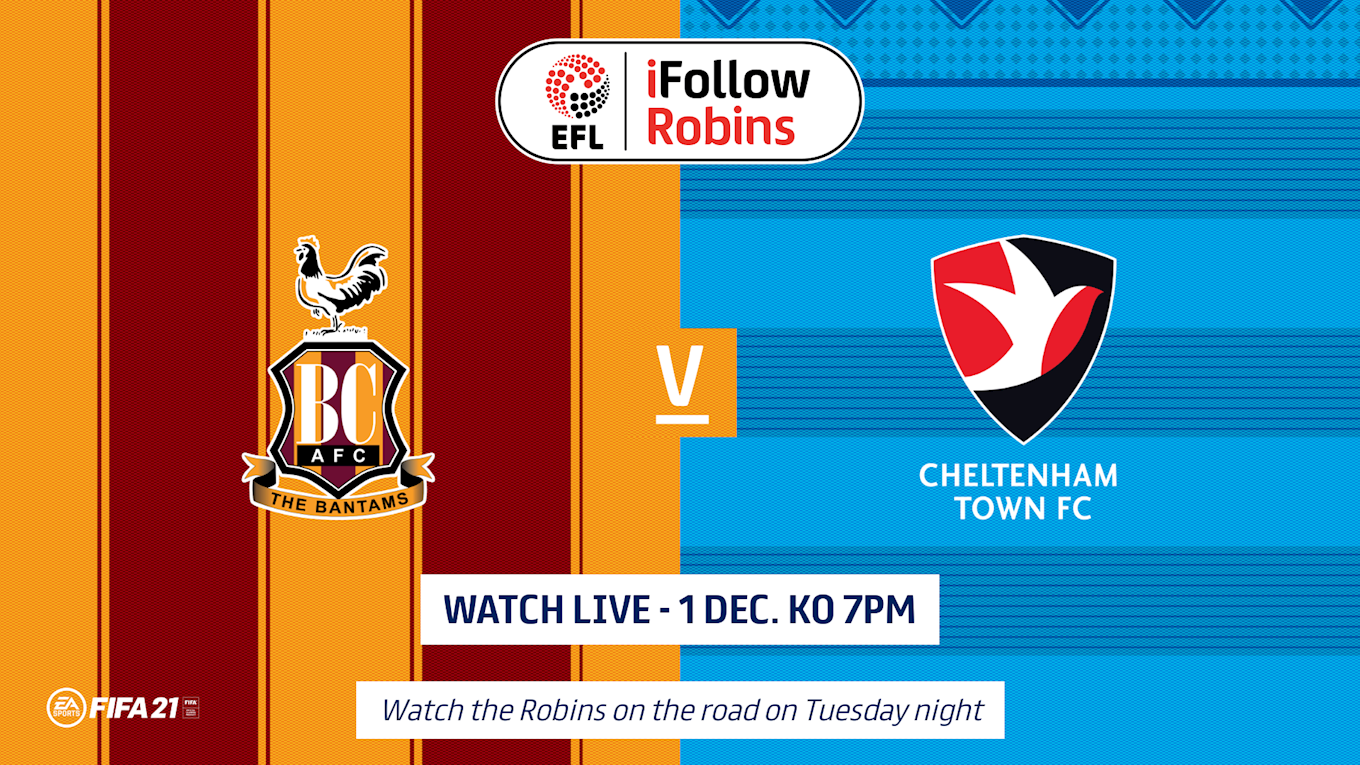 Cheltenham Town produced another fine performance on the road to come from behind and take all the points at struggling Bradford City.

They didn't have it all their own way and initially struggled to impose themselves in the opening exchanges, counting themselves slightly fortunate to go into the break on terms through Alfie May with his second goal of the season.

Clayton Donaldson – as he did in this fixture back in February – had opened the scoring midway through the first half but the diminutive striker cancelled it out on the stroke of half-time with a deflected effort.

The turning point arrived at the interval when Ellis Chapman made way for Chris Clements, who handed his side the initiative and popped up with his first goal for almost two years to secure victory at the Utility Energy Stadium.

They could, and perhaps should have won by a more convincing margin having hit the post and saw one cleared off the line, but the performance pleased boss Michael Duff who praised his players for their resilience.

"To come away to a big club in this league, after 130 minutes against Crewe at the weekend was a tough ask, especially after they went in front," he said.

"But we were looking for a dogged and resilient performance so I'm really pleased with how the players reacted.

"We had to dig in deep at the end there but we should have been out of sight by then, so to come away to a place like this and win is fantastic."

His side sit second after victory tonight, just one point off the summit after league leaders Newport County were pegged back in the closing stages at Forest Green Rovers. 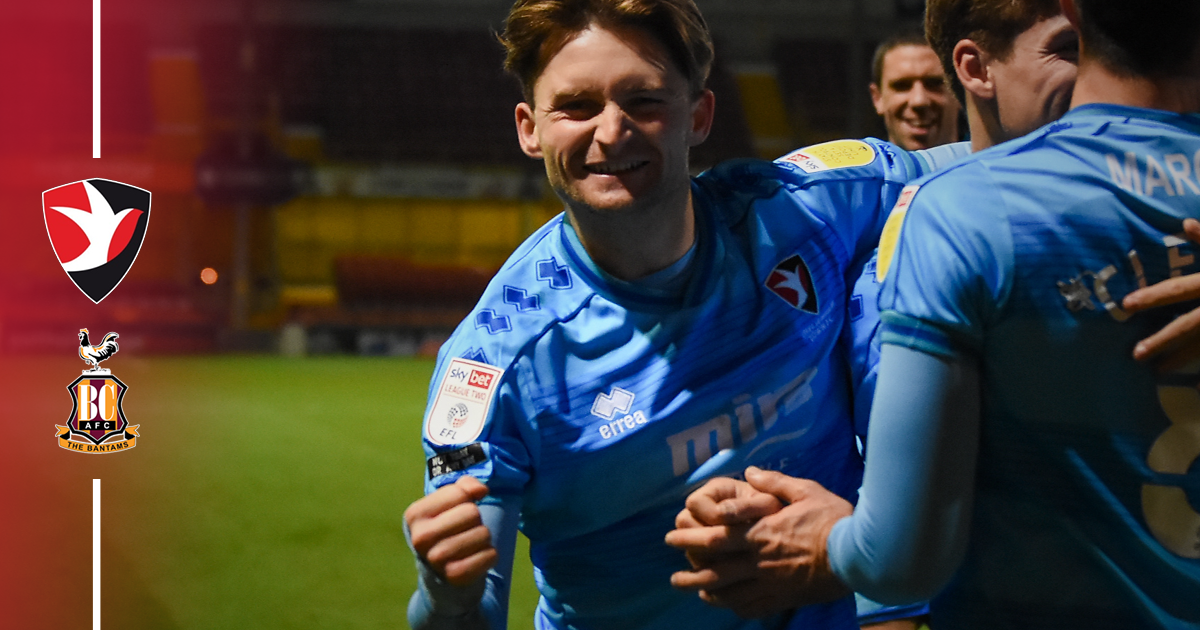 Duff made three changes from the side that won after extra time at the weekend with Josh Griffiths (for Scott Flinders), Will Boyle (Lewis Freestone) and Ellis Chapman (Chris Clements) coming into the starting eleven.

Azaz was handed the role behind the front two of Alfie May and George Lloyd with Sercombe dropping back alongside Ellis Chapman, while the Bantams deployed a 4-3-3 shape from the off.

There was an early let-off for the Robins when Ben Richards-Everton wasted the game's first chance, seizing the loose ball in the area to smash one into the side netting as early as the 11th minute.

George Lloyd almost caught out Richard O'Donnell with 18 minutes on the clock with a cross-come-shot from 20 yards, but the effort dropped inches over the bar.

Donaldson though opened his side's account after 23 minutes, heading home Callum Cooke's swinging delivery from the left. It was a sloppy goal from a Cheltenham perspective but Duff's side responded positively and struck the woodwork when Liam Sercombe saw his effort from 16 yards cannon back off the bar.

May got his side back on terms on the stroke of half-time with a fine individual goal, cutting inside from the left and shooting from the edge of the box. It picked up a slight deflection on its way through, dropping over O'Donnell to square the game at the break.

Chapman made way for Clements at the start of the second half and the move handed the Robins the initiative with Bradford forced into long periods of defending.

Azaz had two early chances but he shanked the pair, while Lloyd had an effort deflected after a sweeping move down the right. Boyle then headed one into the side netting as his side began to find their rhythm.

At the other end Bryce Hosannah had a fantastic chance to restore his side's lead, racing onto a threaded ball by Elliot Watt but his dinked effort rolled inches wide of the left upright. It amounted to the only meaningful chance the hosts had in the second period.

Stuart McCall's side were indebted to a sensational last ditch intervention by Richards-Everton after Chris Hussey had laid up chance for May from 10 yards, but the forward's firmly struck rising effort was glanced away by the brave defender. 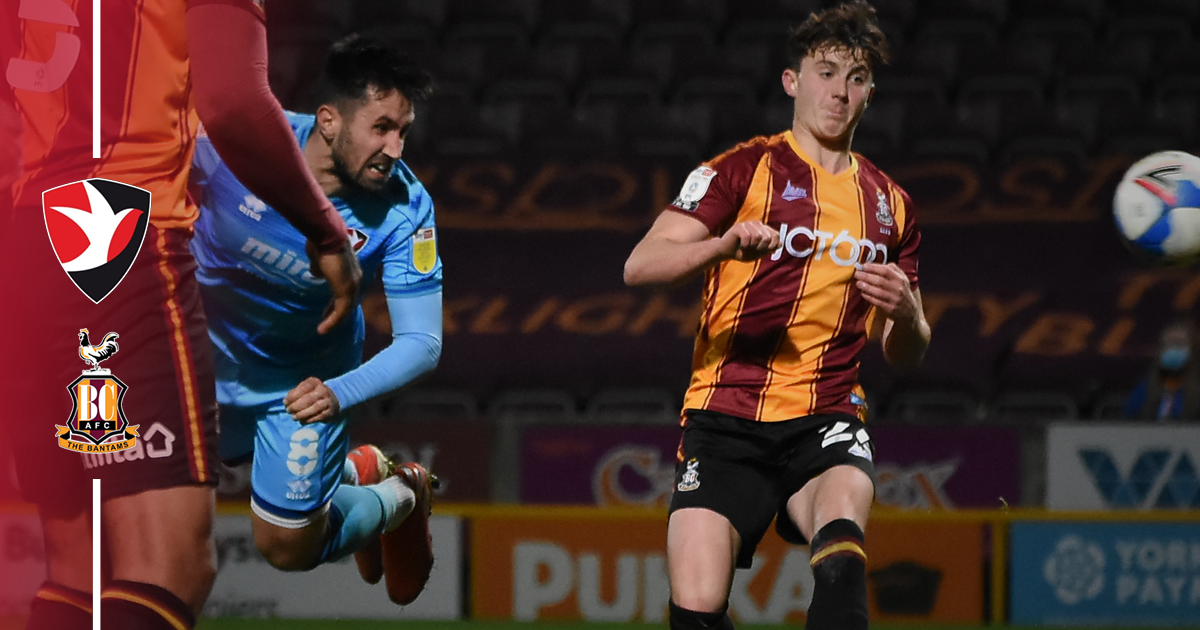 But Cheltenham deservedly took the lead 14 minutes from time through Clements, meeting a typically menacing Ben Tozer throw from the right with a stooping header to notch his first goal since Boxing Day on 2018.

The win sets up a mouth watering encounter at the Jonny-Rocks Stadium this coming Saturday against third placed Exeter City, an occasion that marks the return of supporters for the first time since March. 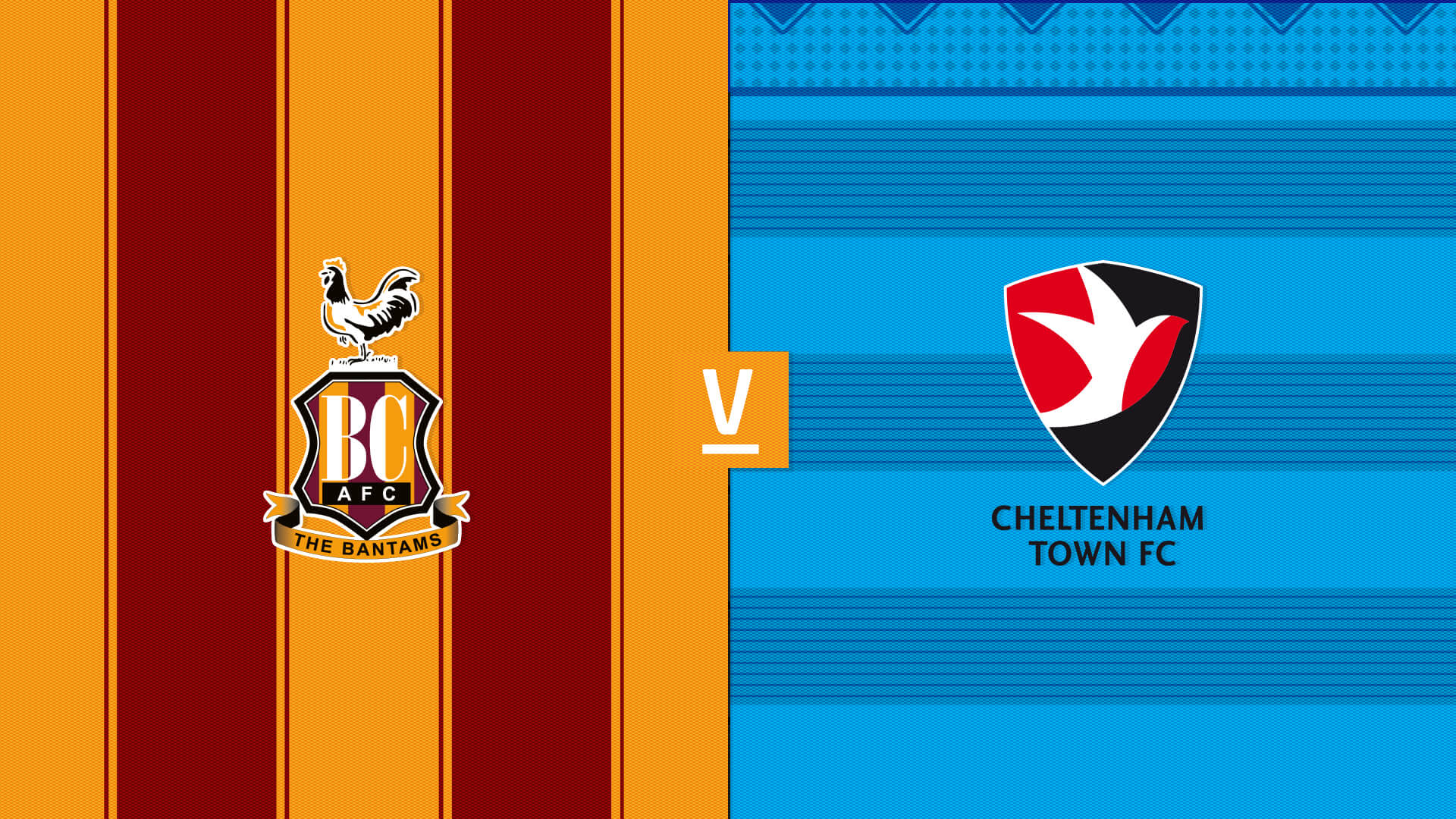 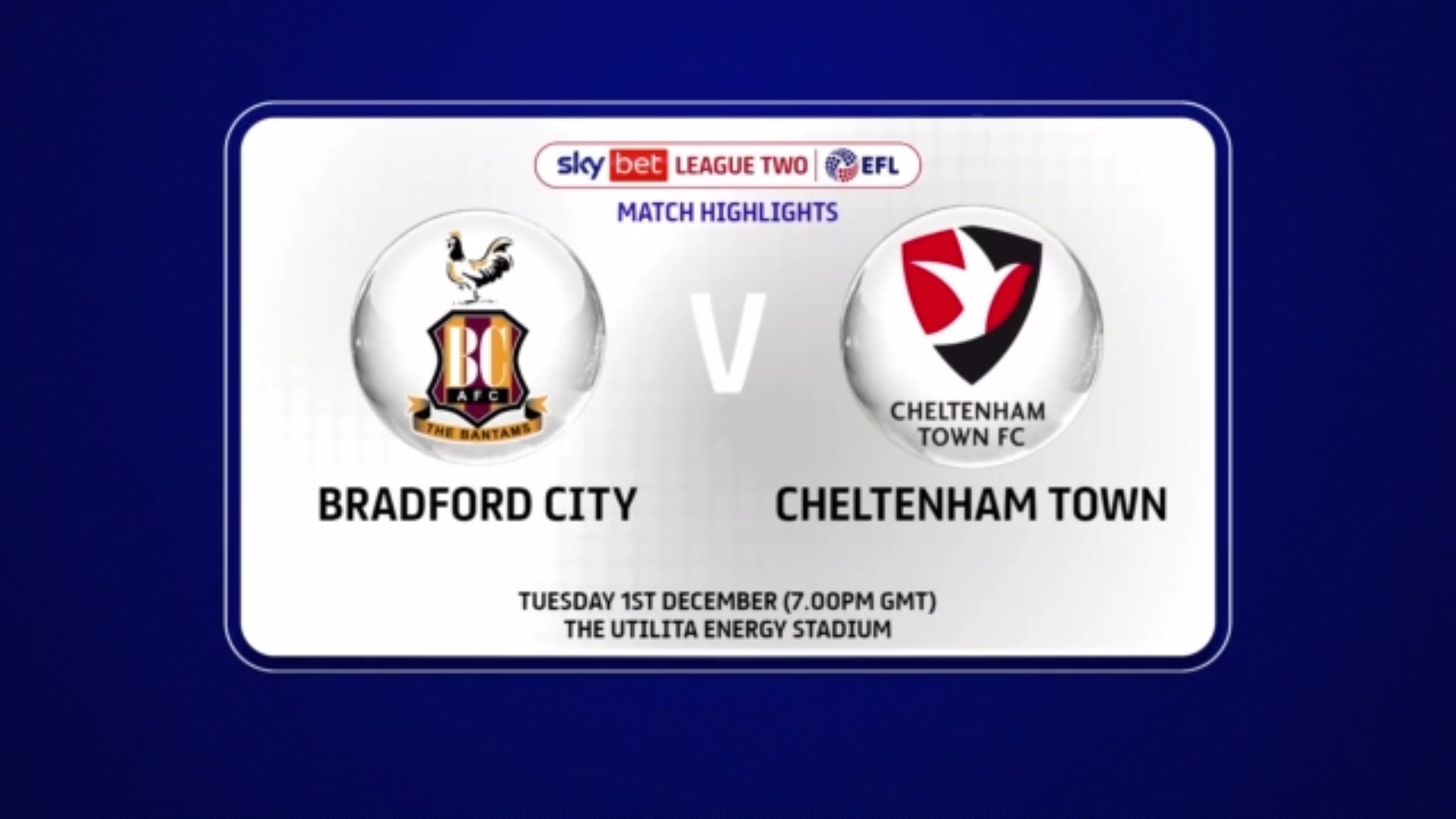 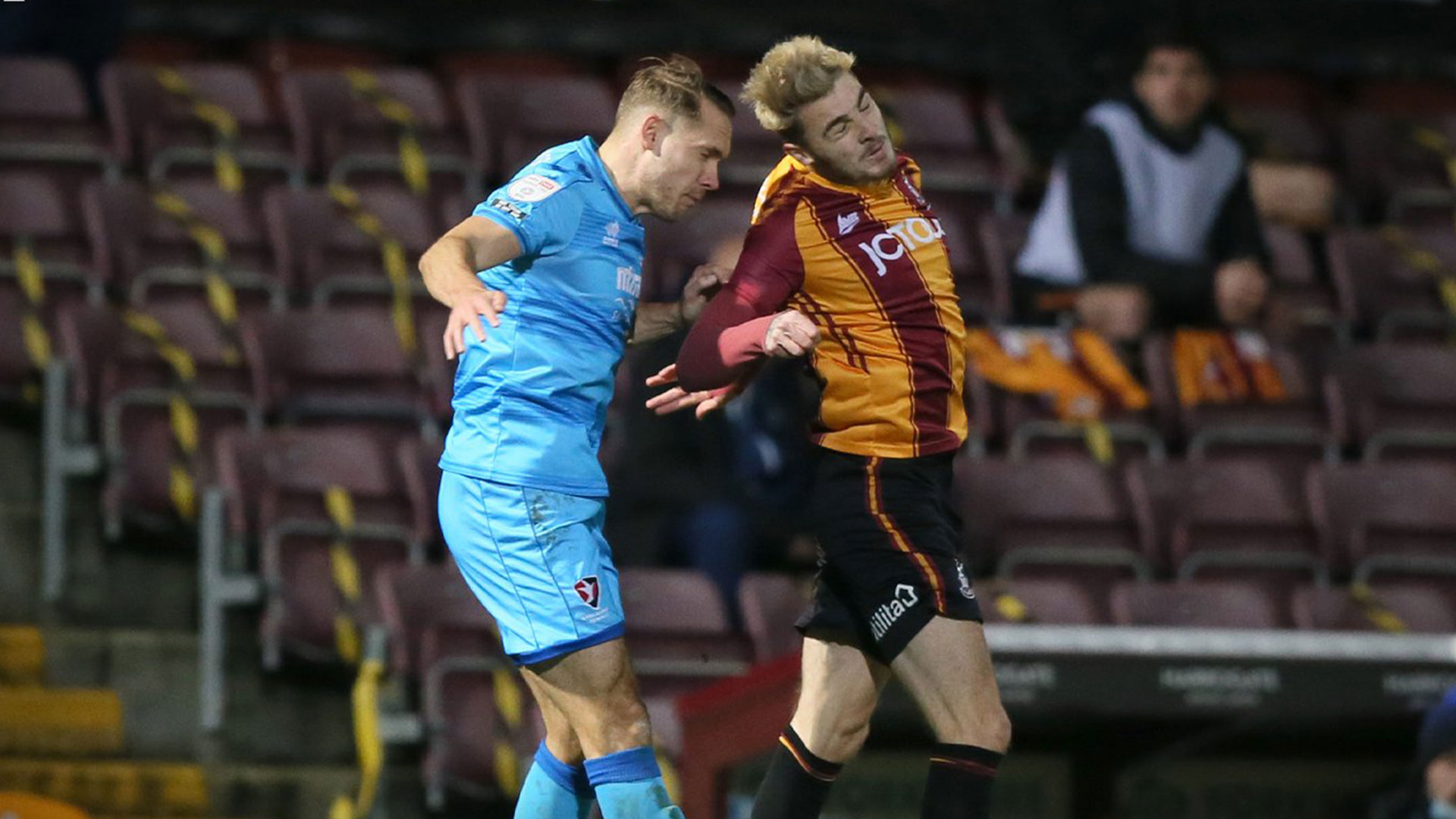