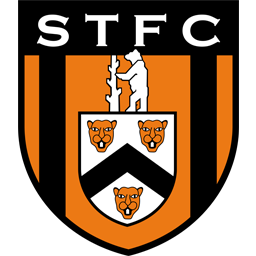 Cheltenham Town made it two wins from two in pre-season as goals from Liam Sercombe, Dan Bowry and Alfie May sealed a comfortable victory at Stratford Town.

Michael Duff made one change to the team that started against Evesham in their pre-season opener as trialist Matty Blair came into the side at right-wing-back, as Cheltenham took on a side one level above Saturday's opponents at the Arden Garages Stadium.

The Robins made a postive start as Will Boyle found Reuben Reid with a long cross-field pass, with the number nine curling a shot just wide of Ty Belford's post, but the opener was not far away.

Liam Sercombe worked an opening outside of the box before striking a long-range effort into the bottom corner to give Duff's side the advantage after nine minutes.

Reid then nodded into an empty net shortly after but was flagged offside, as strike partner Alfie May struck a powerful shot off target in a dominant opening 20 minutes.

Dan Bowry doubled the advantage after 31 minutes, as Blair squared to him for an easy tap in after a nice move involving Reid following a good spell of possession for the team.

There was time for one more goal before the entire team changed after an hour, with Alfie May finishing into an empty net in the 53rd minute after Belford parried Chris Hussey's powerful shot.

Josh Griffiths came on for his debut for the final half hour, making one save to deny Max Ramm as the hosts finished strongly with Robins scholar Callum Ebanks making an appearance for Stratford.

Max Ramm headed two efforts over the bar in the later stages, with George Lloyd doing the same at the other end after a wonderful cross from Andy Williams proving to be the last action of the contest.