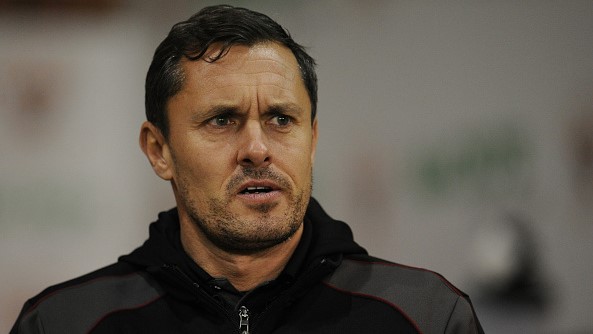 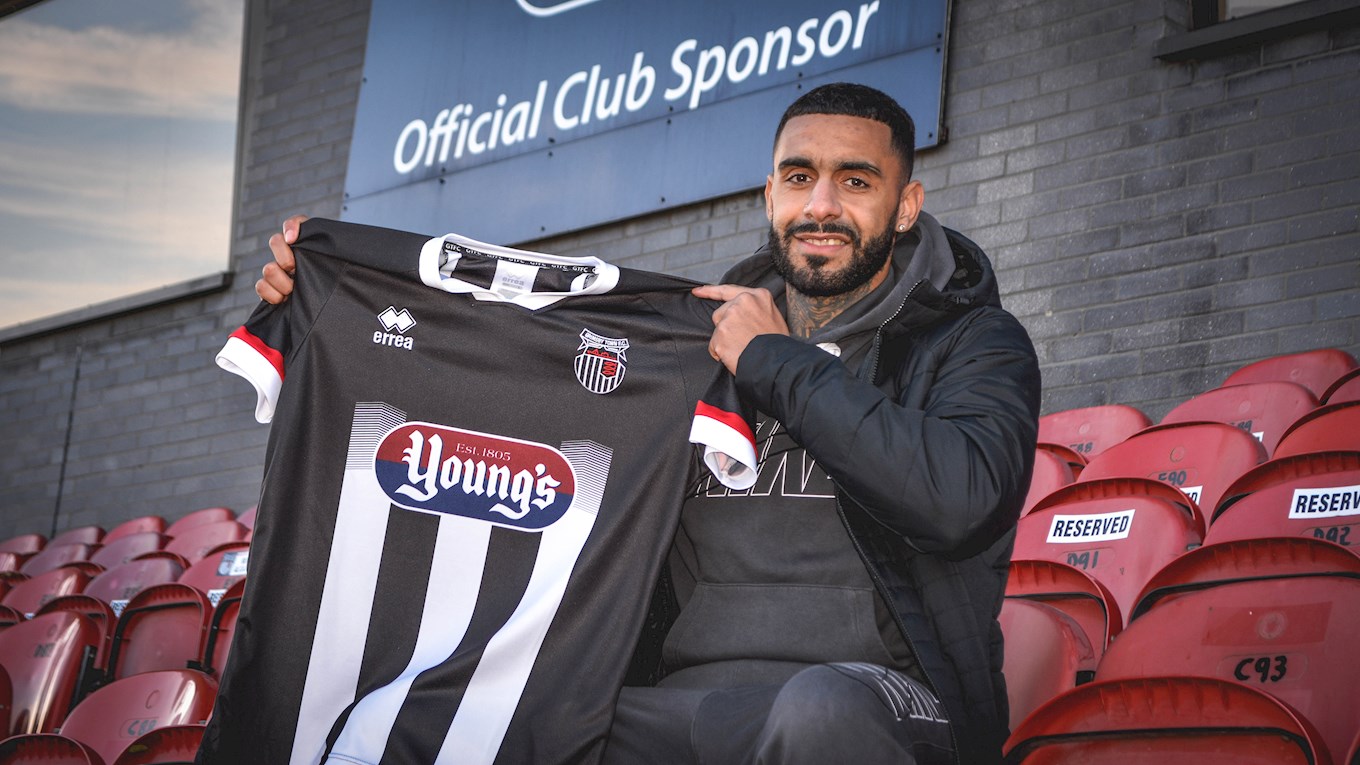 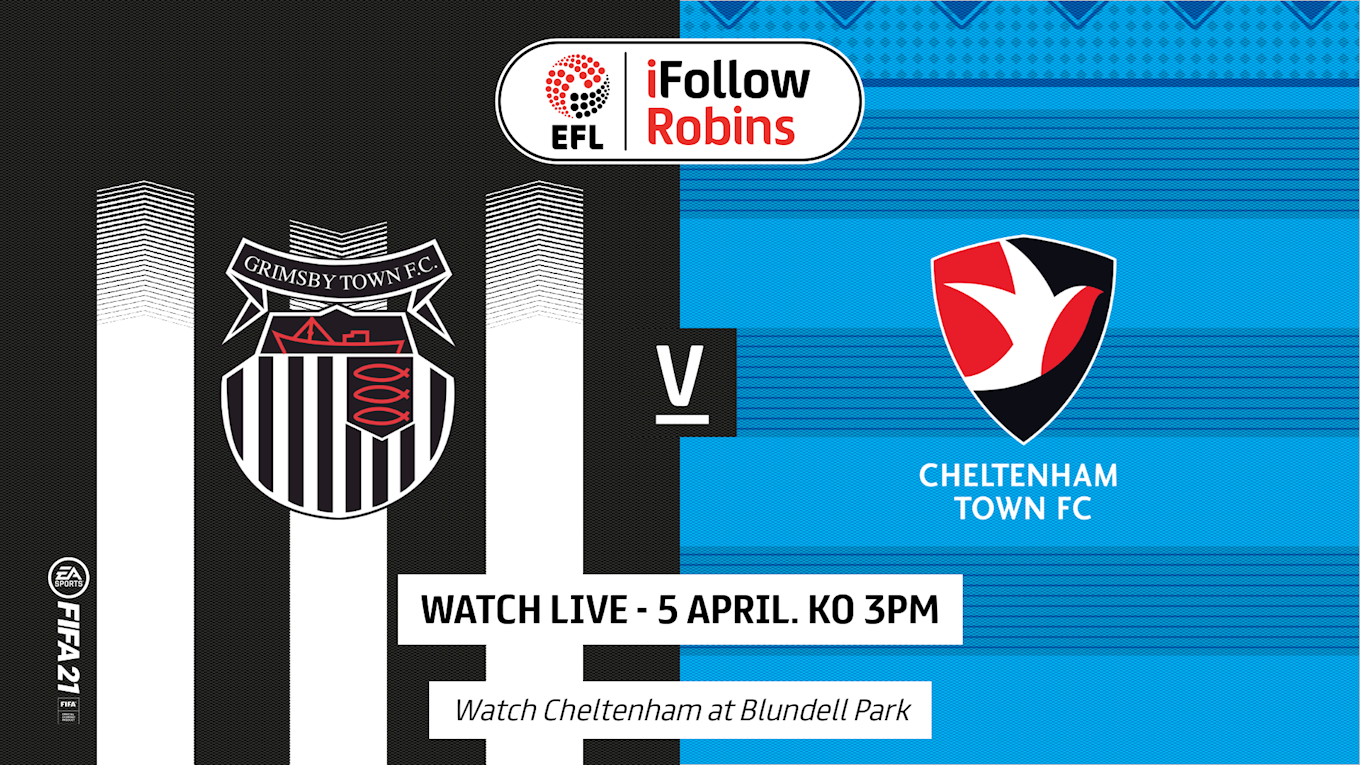 Cheltenham Town will wonder how they didn't take all the points from this Easter Monday contest at Blundell Park.

They paid the price for a poor start in Cleethorpes, shipping an early goal to make their task so much harder in the swirling north east Lincolnshire wind.

Michael Duff's side created enough chances to come away with a comfortable win but in the end they could only convert one, scored by Will Boyle 11 minutes before the break.

It was the defender's seventh goal this term and his second over the Easter weekend.

A point apiece wasn't ideal for either side and will have done little to boost Grimsby Town's relegation hopes.

But with only seventh placed Newport County winning on the day, the Robins remain in second with seven games to go, starting with the visit of in-form Leyton Orient in six days time.

"I'm disappointed but it was just one of those days," reflected Duff after the game.

"We've had a perfectly good goal disallowed, we've hit the inside of the post and we've missed three one-on-ones. After a poor opening 20 minutes we dominated the game.

"We'll take the positives. It's four points from the weekend, we're in a better position now than we were at the start of the day and it's another game ticked off."

Duff made two changes here. In came Ellis Chapman, a second half subsitute for Conor Thomas on Good Friday after the midfielder picked up a facial injury while Finn Azaz replaced Callum Wright, who scored a memorable goal in the second half of that match. Thomas and Wright were named on an otherwise unchanged bench. 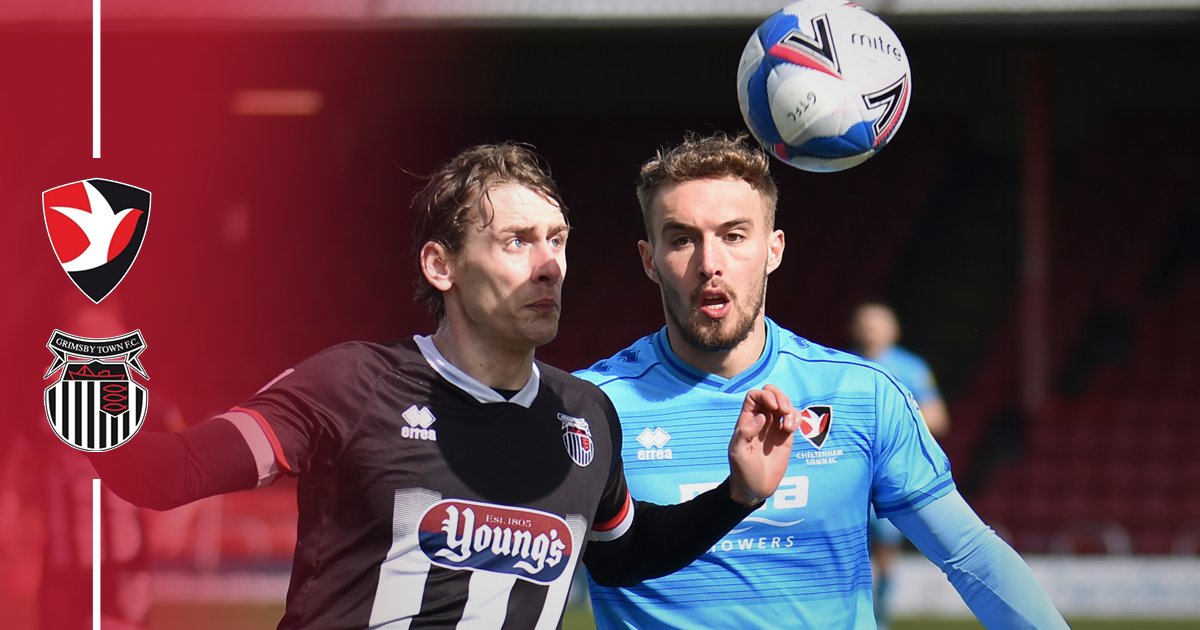 The Robins started the match with a strong wind in their faces but despite the conditions, they were uncharacteristically sluggish from the kick-off and found themselves behind as early as the eighth minute.

Grimsby were direct and caused all sorts of problems in the opening exchanges and it took until the midway point of the first half for Cheltenham to come to life.

Chris Hussey called James McKeown, the Mariners' number one, into his first meaningful save after 29 minutes, cutting in from the right and trying his luck from 20 yards.

But then came the equaliser, originating from a trademark Ben Tozer throw from the right and met by Boyle, barging into the box to notch his seventh of the campaign.

The defender found the net again moments later, but it was chalked off for offside while Sam Smith saw an effort blocked from a great position on the edge of the box.

At the other end Josh Griffiths was lucky to get away with some sloppy play, redeeming himself with a smart save to deny Sam Habergham who also forced Sean Long into a brave bit of defending with the interval approaching. 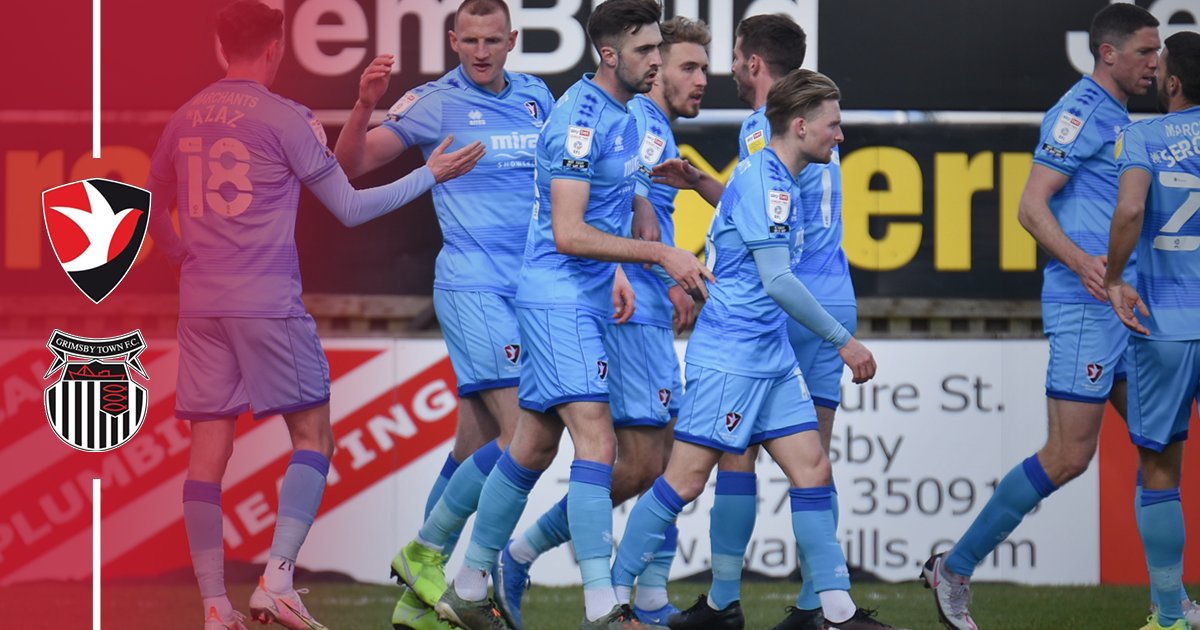 Cheltenham started the second half so much better than the first and Boyle really should have scored within seconds of the restart, McKeown pushing away his header.

Next Liam Sercombe watched an angled free-kick come back off the left upright and then Tozer and Hussey forced McKeown into a couple of smart stops at his near post. A header by Smith didn't really trouble the Grimsby goalkeeper.

James Hanson proved a handful throughout and had. chance of his own shortly after the hour-mark but thankfully from a Cheltenham perspective, his put his chance into the side netting. Stefan Payne glanced Habergham's corner a foot wide only moments later.

Duff made four substitutions with 28 minutes remaining, sending on Thomas (for Chapman), Wright (Azaz), George Lloyd (Alfie May) and Andy Williams (Smith) and the changes almost paid dividends but Lloyd lost his bearings in a great position, shooting wide.

Nonetheless the momentum was with the Robins and Long saw a header travel wide, again from a Tozer throw, while Williams ran on to a diagonal ball by Hussey and thundered a volley against the inside of the left post.

But despite a much improved showing in the second half they couldn't convert it into a coveted goal. 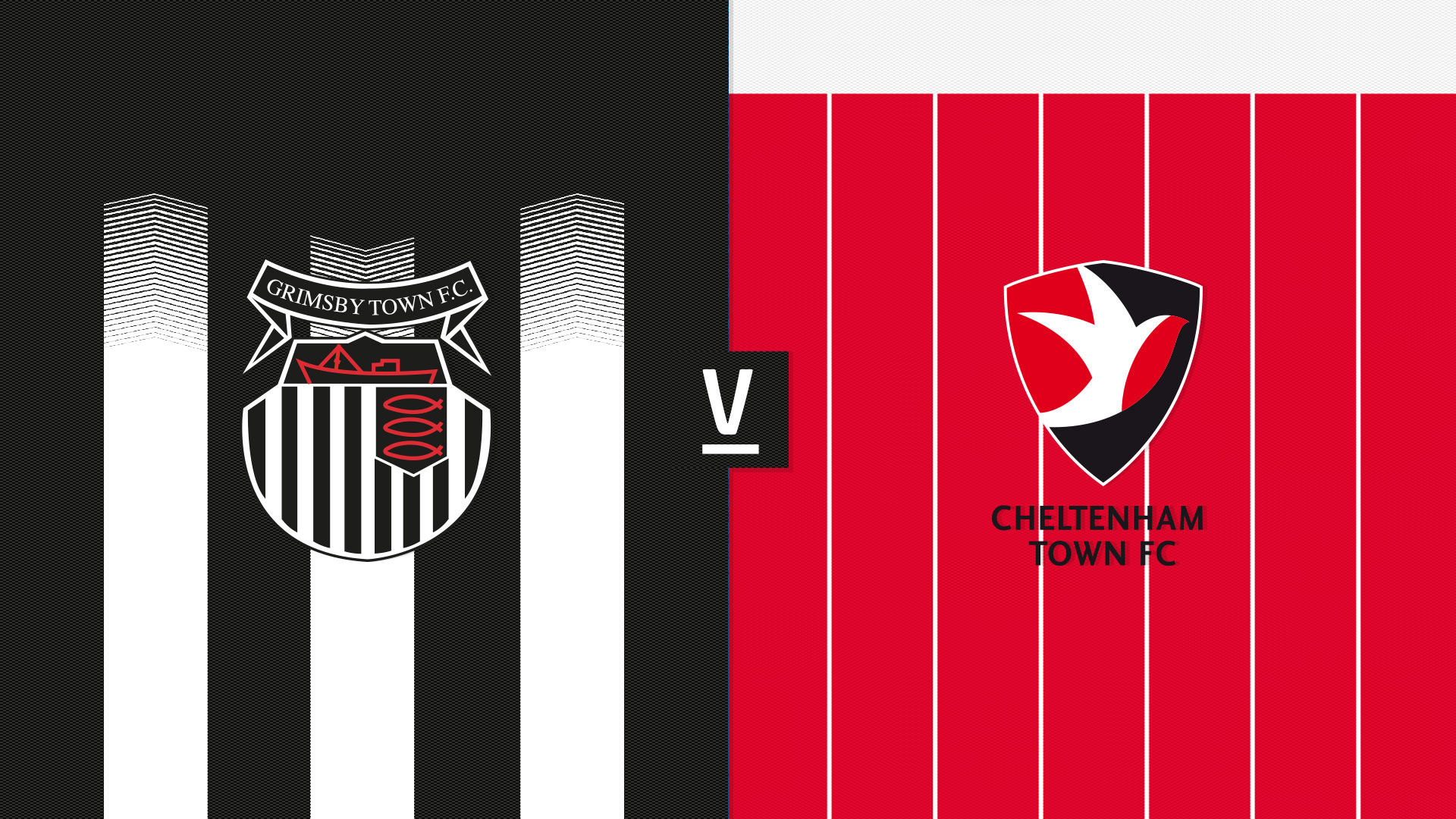 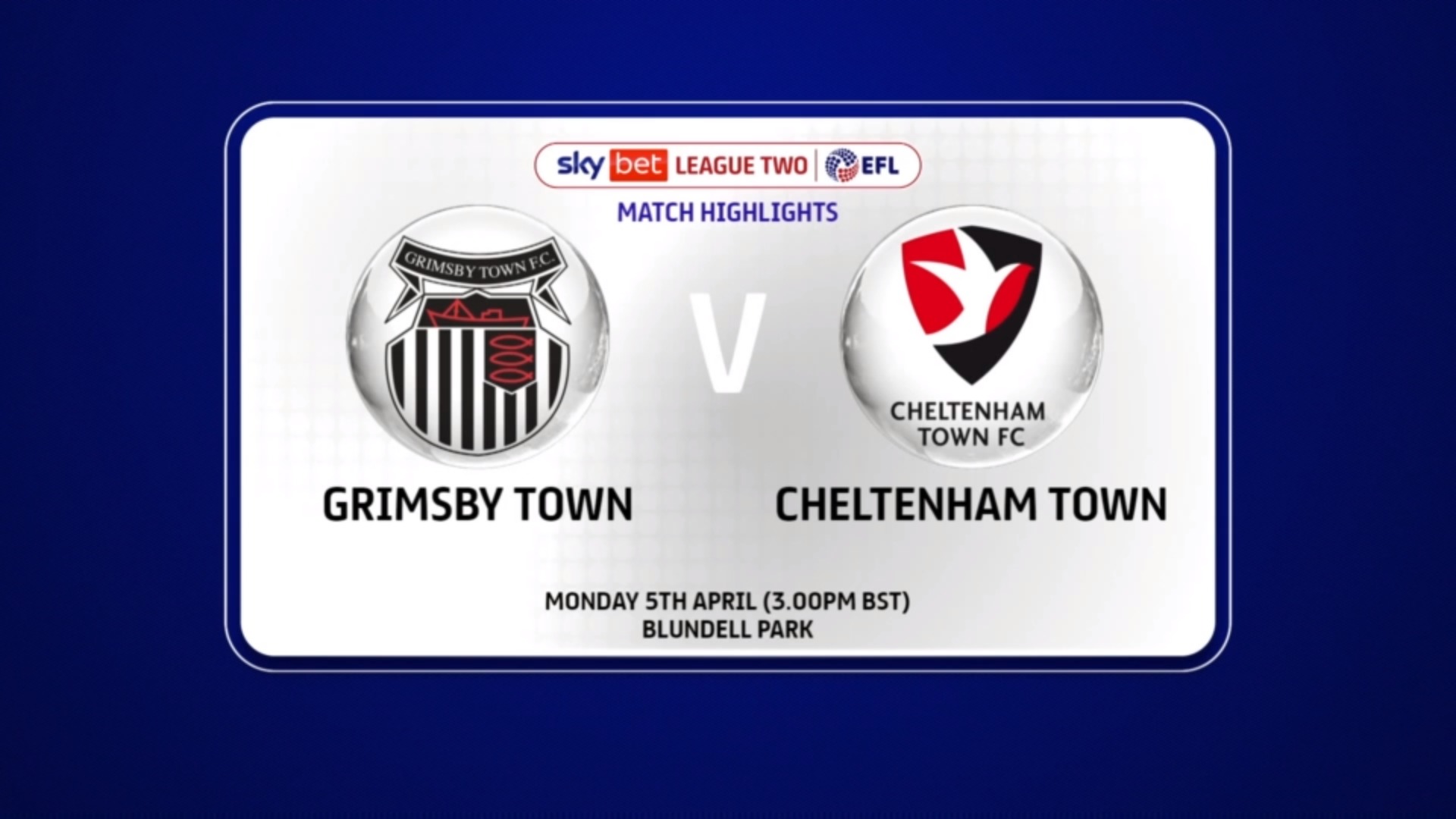 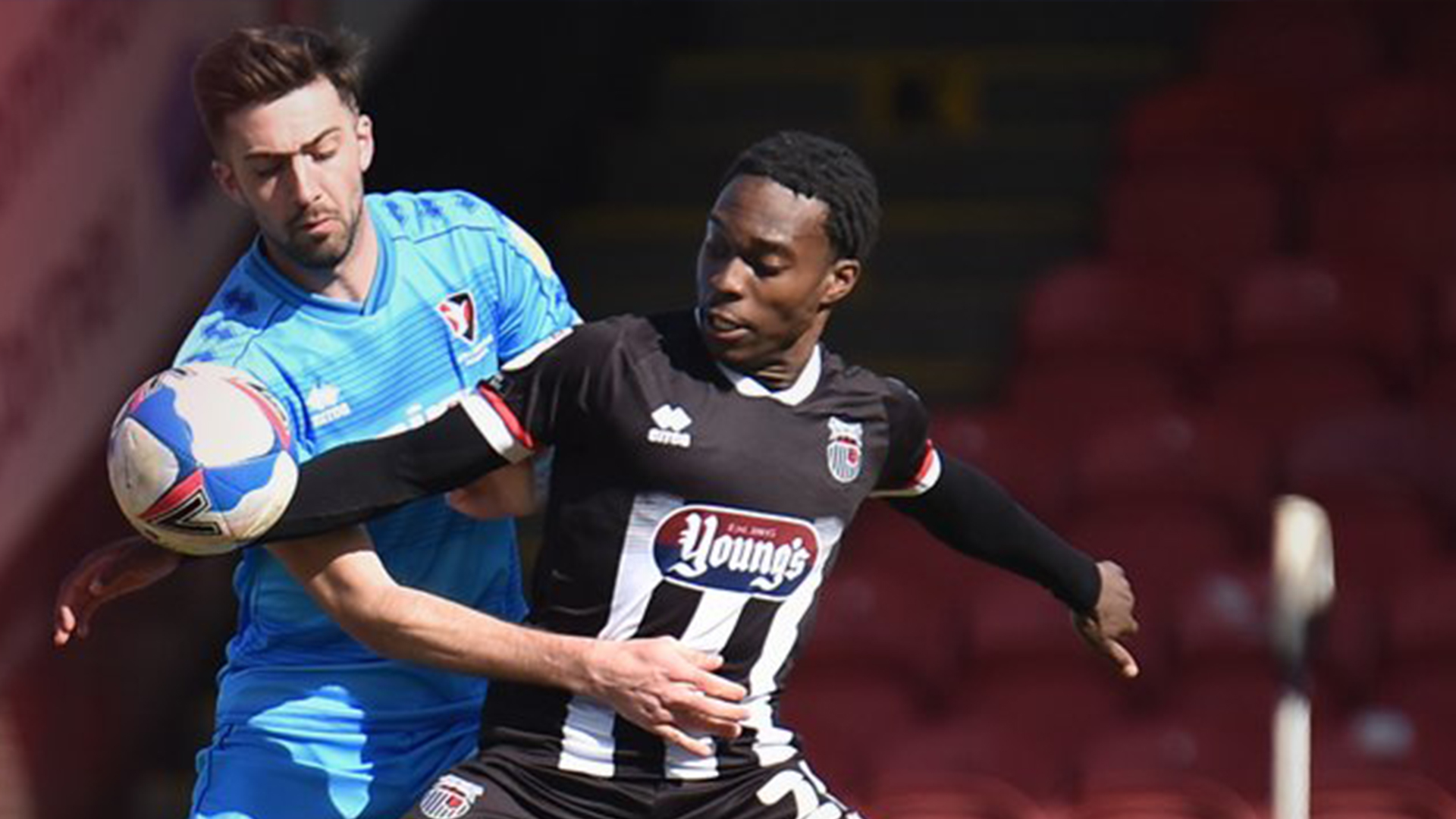