The chase for automatic promotion continues on Saturday with a home fixture against Colchester United (kick-off: 3pm).

This weekend's contest at the Jonny-Rocks Stadium means a huge amount to both sides at the most important stage of the season. Despite finding themselves in good positions after midweek, both teams need the points to secure either promotion or their future in the league.

It's the first of two home games in four days for Cheltenham, and the first of three remaining home matches overall with the battle to clinch a top three spot well and truly on.

All of the players who were involved in Tuesday's win at Stevenage came through the game successfully and are fit and available.

It means only Will Boyle and Chris Clements are out for the game due to injury.

Watch Michael Duff's press conference looking ahead to the match and striker Sam Smith has also been speaking to the media.

After reaching last season's play-off semi-finals, few would have expected Colchester to be battling against the drop this season. They still need the points required to ensure their League Two safety, but a huge win in the Essex derby against Southend United on Tuesday evening has installed a nine point gap between themselves and their rivals from Roots Hall who look all but down.

Back-to-back wins against Walsall and Southend has provided a major boost and they travel to Gloucestershire on Saturday looking to extend that run.

Former Liverpool youngster Shamal George is the man they've turned to as their goalkeeper in recent times. The experienced Dean Gerken is another option if needed to pull on his gloves.

Their defensive line-up features the long-serving central defender Tom Eastman who has now delivered a decade of service for the U's. Former Ipswich Town man Tommy Smith also lines up at the back for them - he played for New Zealand in the 2010 World Cup finals in South Africa.

They are skippered in midfield by former Robins promotion winner Harry Pell who made the switch from Cheltenham to Colchester in 2018. Youngster Brendan Sarpong-Wiredu, Ben Stevenson and youth products Noah Chilvers and Tom Lapslie are other possible options in there.

Colchester's attack includes the powerful Frank Nouble who is back on loan with the U's from Plymouth Argyle. Ex-Watford youngster Michael Folivi, Jevani Brown and 22-year-old QPR loanee Aramide Oteh could feature at the top of the pitch.

Hayden Mullins joined Colchester as assistant head coach at the start of the season. Following Steve Ball's departure, and then Wayne Brown, he became interim head coach just under a month ago.

It's a role he knows well having done it at the highest level when the took temporary charge of Watford in the Premier League last season. He had spent four years working as under-23s boss at the Hornets.

As a player Mullins was a holding midfielder who played for Crystal Palace, West Ham United, Portsmouth and Birmingham City. He appeared in the 2010 FA Cup final for Pompey.

In his role he has been boosted by the recent similarly temporary appointment of Paul Tisdale as an advisor. Tisdale, who had a spell managing Bristol Rovers earlier this season, has no doubt provided crucial League Two experience from the dugout. 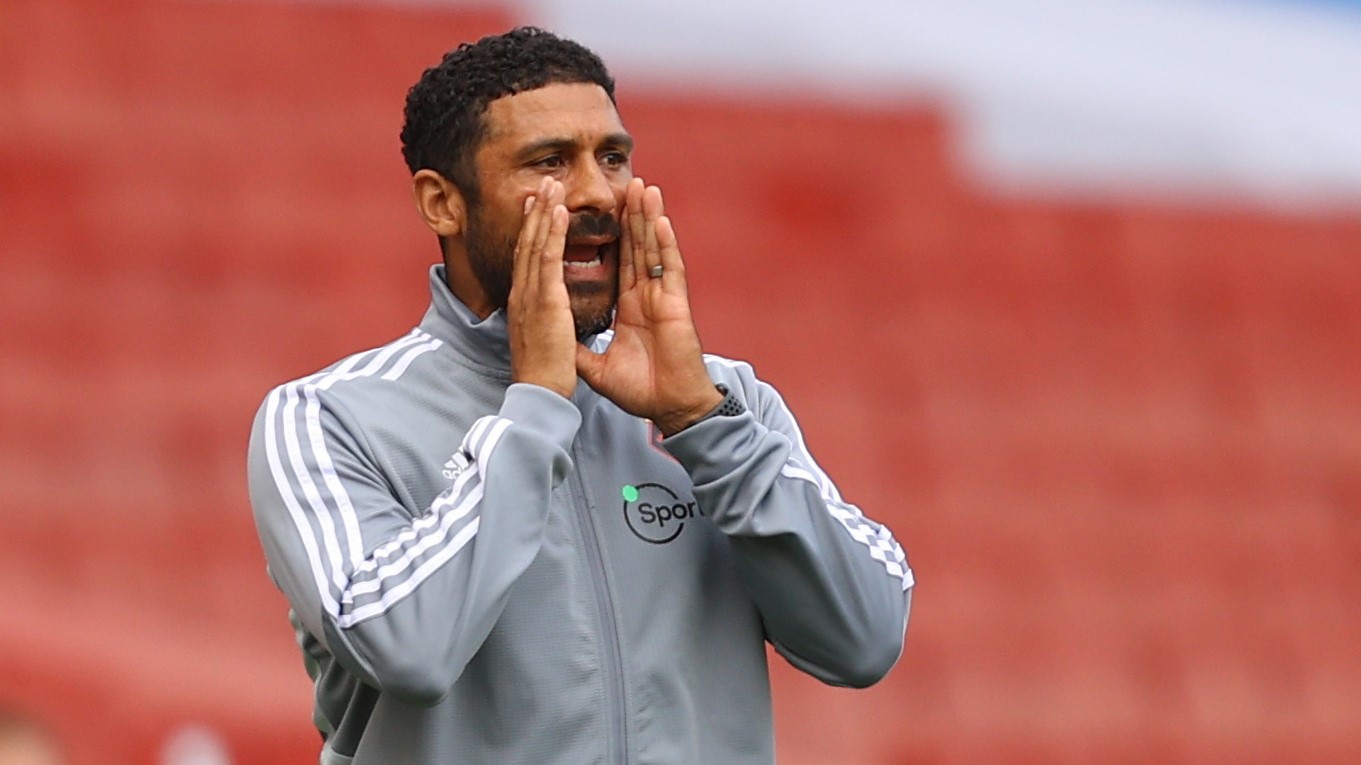 One to watch: Callum Harriott

Wide attacker Callum Harriott brings Championship experience to the Colchester set-up having appeared at that level for both Charlton Athletic and Reading in his career.

He had a loan spell with Colchester during the 2015/16 campaign from Charlton, and in September 2019 he penned a permanent return, agreeing a two-year deal.

This season he's Colchester's leading goal scorer having netted nine times from 37 appearances in all competitions. 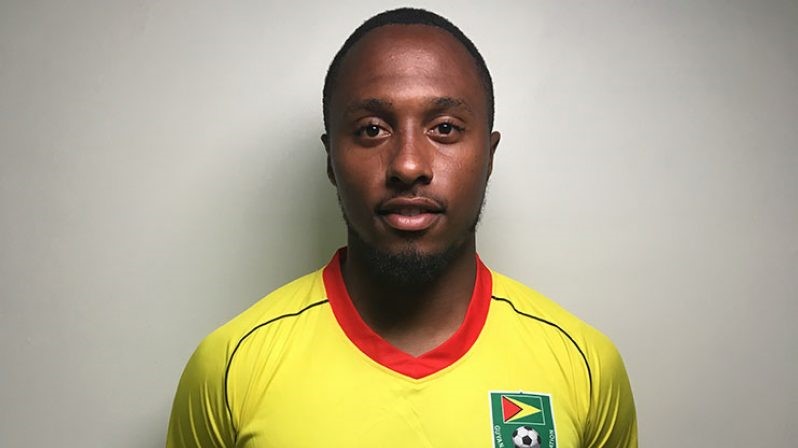 The match programme is on sale as a physical print product and digitally too with MatchDay Digital.

Goalkeeper Josh Griffiths is the big interview as he reflects on his recent time away at the UEFA Euro under-21 Championships.

There are also features with Michael Duff, George Lloyd, under-18s midfielder Archie Woodall and much more.

The programme is available as a 24 page print copy for £2.50 from the online shop.

A digital 48 page edition can be bought from MatchDay Digital via their website, or as an app through Android or Apple. 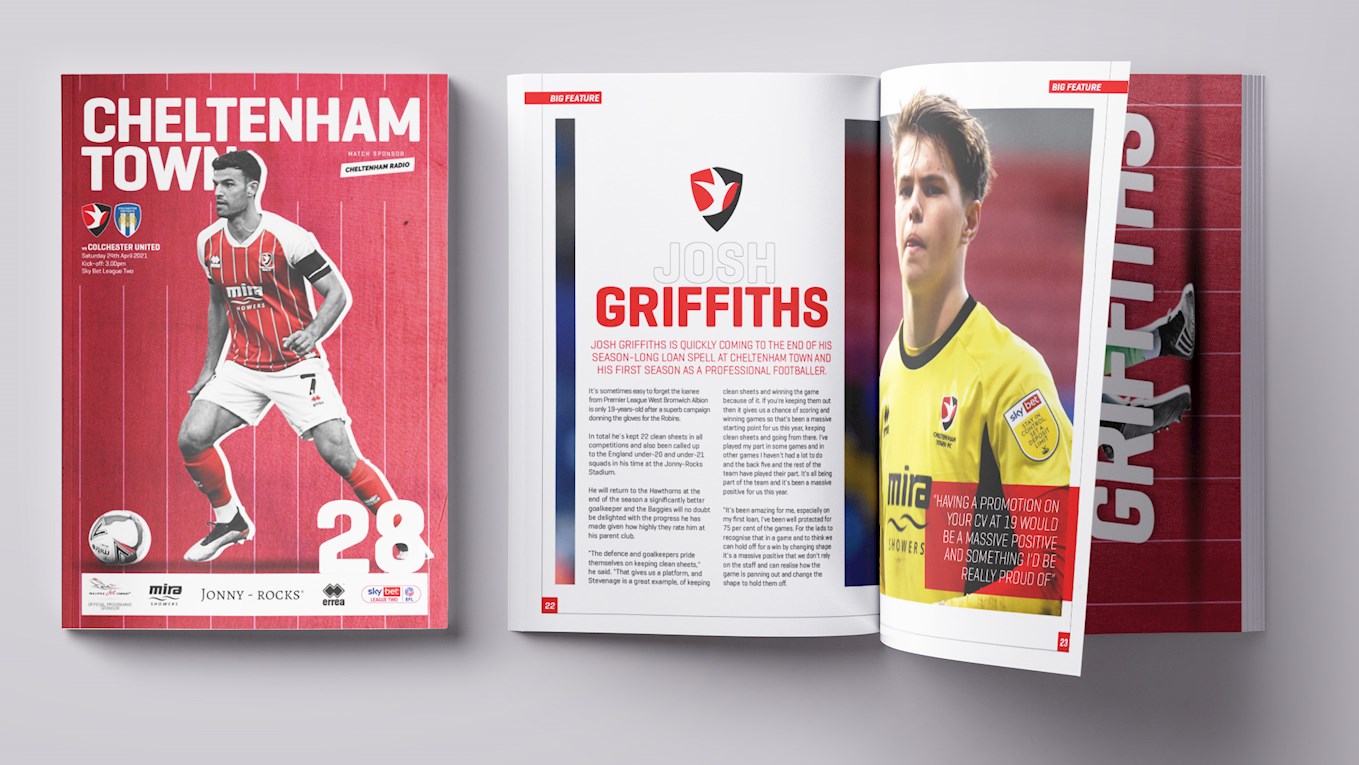 Ahead of Saturday's match buy a match pass online to subscribe to the iFollow coverage of the game.

A pass is on sale ahead of kick-off for £10 and you can see the whole game from the comfort of home. Commentary is provided live by the team from BBC Radio Gloucestershire. 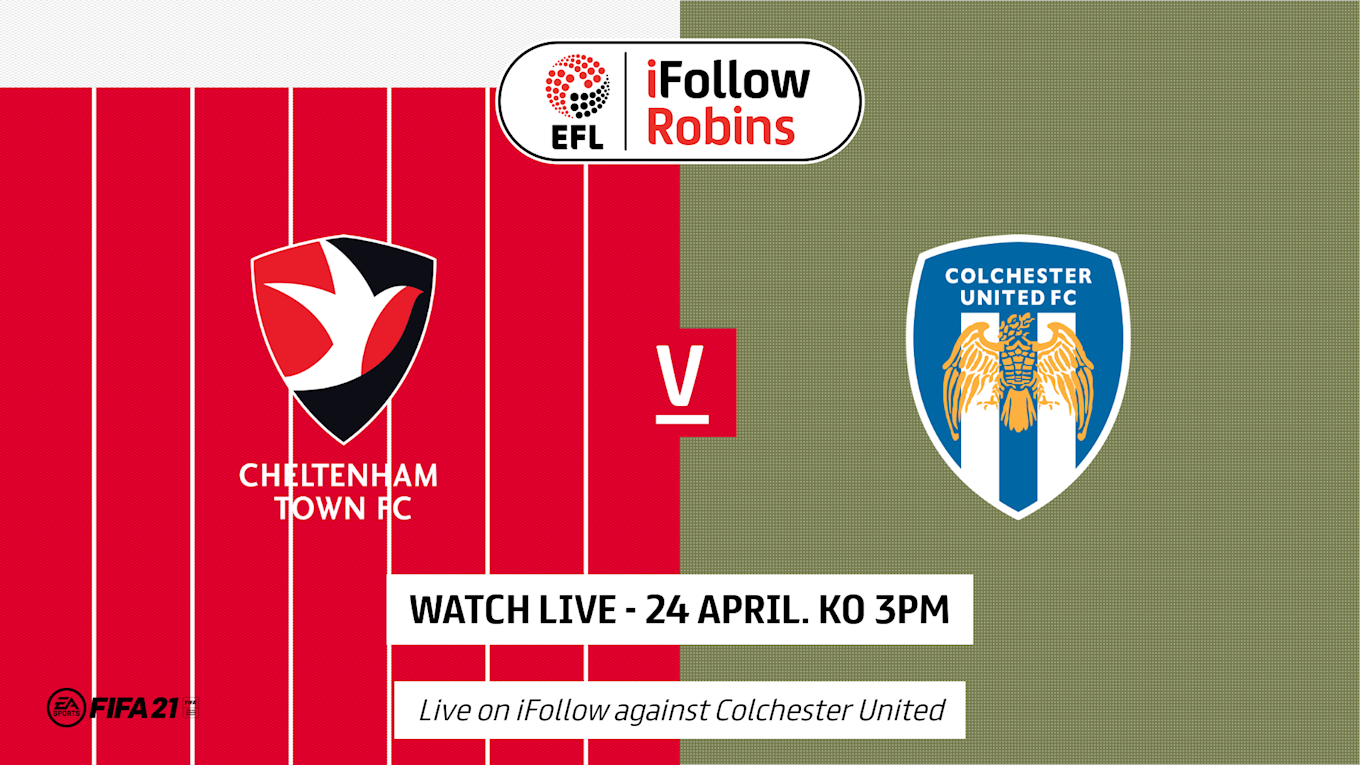 We are delighted to have the Cheltenham Radio Podcast as digital match sponsors for Saturday's game.

You can listen to their podcast online for free covering all things Cheltenham - whether it's local events, sport, advertising charities and local businesses or sharing news in the town.

The podcast is available on Apple, Spotify, Google and a number of other platforms. 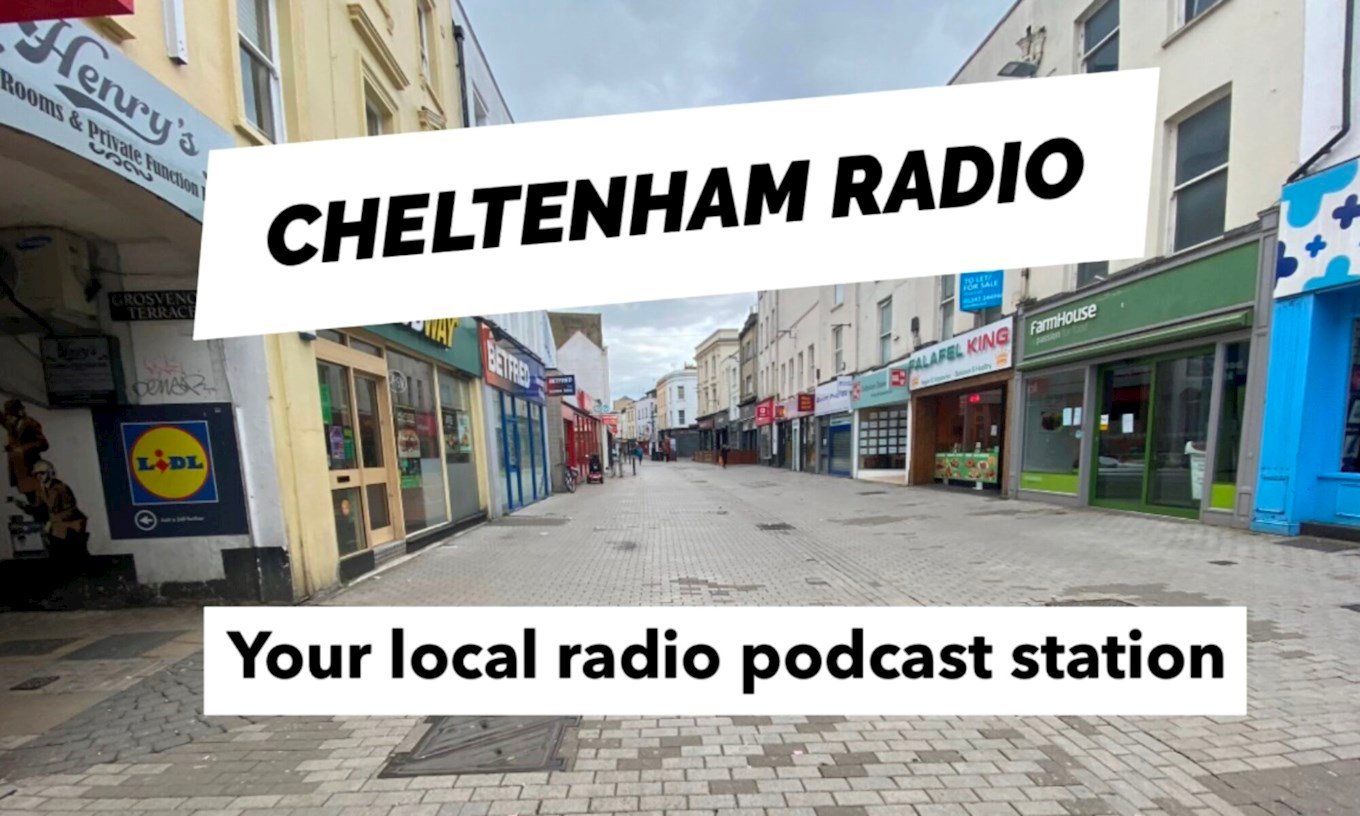 After the match has ended you can visit the website to read the match report and to see Michael Duff's post-match press conference.

You'll be able to watch extended match highlights on iFollow.

Cheltenham Town have all but cemented their place in the League Two automatic promotion spots after beating Colchester United 1-0 at the Jonny-Rocks Stadium.

Conor Thomas' goal in the 83rd minute proved decisive as the Robins claimed their 23rd win of the League Two campaign.

Cheltenham now have one foot in League One after winning three games in a row as the race for automatic promotion comes to a head with only three games left to play this season.

Back-to-back wins against Walsall and Southend had provided a major boost to Cheltenham’s opponents Colchester before they travelled to Gloucestershire in search of extending their joint-best winning run of the league campaign.

After what was a tepid start to the first half, Cheltenham were made to wait to create their first chance of the game, even if opponents Colchester had conceded the third most goals in League Two so far this season.

With Fin Azaz without a goal since November, the on-loan West Bromwich Albion midfielder came the closest to breaking the stalemate after 25 minutes had passed.

As Thomas won a challenge in the middle of the pitch, the Robins overcame Colchester’s press before Azaz cut inside after receiving the ball from Thomas and unleashed an effort towards goalkeeper Shamal George’s far post. George saved well and collected the ball before Sam Smith had the chance to pounce.

After reaching last season's play-off semi-finals, few would have expected Colchester to be battling against the drop this season. The U’s came into this one with the prospect of relegation still in the balance despite a nine point gap on Southend who occupy the final relegation place.

Cheltenham were unable to break the deadlock before referee Paul Howard blew for half-time as both sides cancelled each other out with three points precious at both ends of the League Two table.

With goal scoring chances few and far between for either side before the interval, former Cheltenham midfielder Harry Pell was lucky to escape further punishment when he was booked for a lunging tackle on Sam Smith in the 40th minute, to the frustrations of those in the home bench. 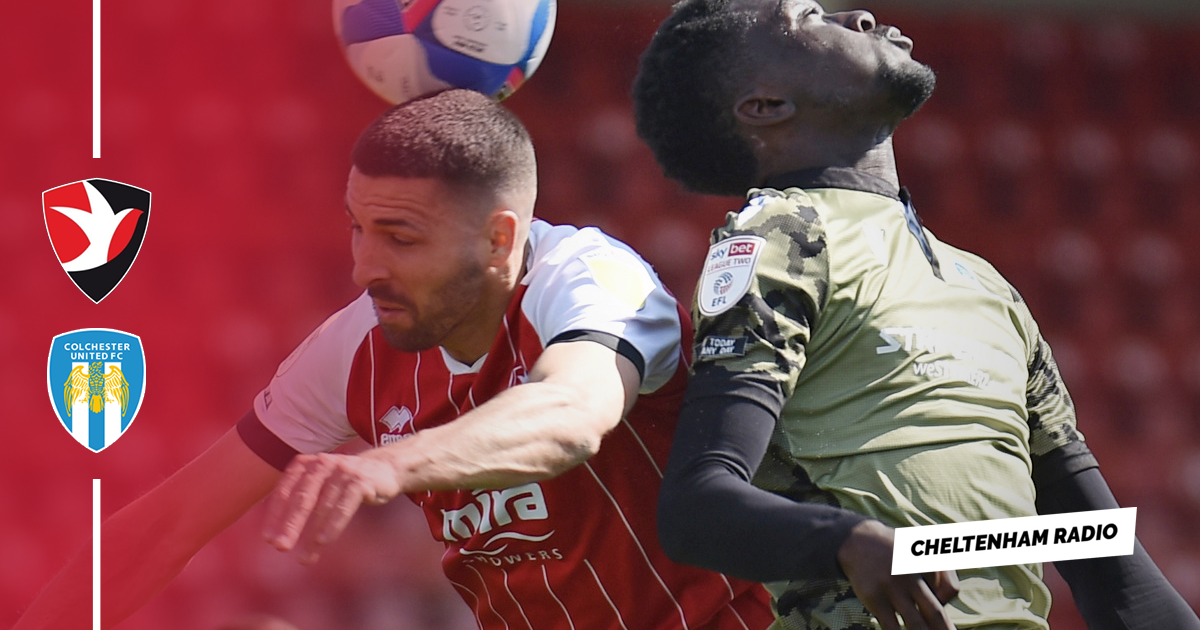 With the second half starting much like the first had ended, with little to do for either Cheltenham’s goalkeeper Josh Griffiths or Colchester’s George, it was Azaz who again came close to opening the scoring.

Turning provider, Azaz collected the ball off Charlie Raglan and after entering the penalty box twisted and turned before picking out Matty Blair who from ten yards struck towards goal.

His effort was blocked by Miles Welch-Hayes as the away side stood up to Cheltenham’s attacking threat in the second half, but as the clock ticked down, the hosts would find a deserved breakthrough.

Liam Sercombe's corner on the 83rd minute wasn't dealt with by the Cambridge defence this time and with Thomas standing on the line, the midfielder helped himself to a fifth league goal this season.

Cheltenham will return to Jonny-Rocks Stadium to entertain Carlisle United on Tuesday night in search of another important three points towards automatic promotion (kick-off 19:00).