A single point is enough to take Cheltenham Town into League One next season ahead of Carlisle United's visit to the Jonny-Rocks Stadium on Tuesday (kick-off: 7pm).

In the club's penultimate home game of the season, the Robins know what they need to do to secure their place in the third tier of English football next season.

Michael Duff has challenged his players to fight for the league title and the meeting with Carlisle is another great opportunity to move further ahead than Cambridge United and Bolton Wanderers in second and third.

Watch Tuesday's game live online with an iFollow match pass. Buy yours online before the game.

There are no new injury concerns going into the game. Defender Will Boyle and midfielder Chris Clements remain the only absentees.

Michael Duff spoke to the media on Monday to preview the game, while forward Andy Williams has also been speaking to the press.

Without a win in their last five games, Carlisle will head to Cheltenham with an outside chance of still making the play-off places. Of those last five matches four of them have ended in draws, and the Cumbrians will be wondering if they could only have snatched a couple of wins if they'd be facing a better prospect of securing a place in the play-offs.

It's been a good season overall though at Brunton Park and in goalkeeper Paul Farman they have an experienced stopper who has a huge kick in his armoury.

In front of him the sizeable Aaron Hayden plays a part in marshalling their defensive line, while Scotsman Jack Armer, captain Nick Anderton, Rhys Bennett and former Manchester United full back George Tanner are potential picks at the back.

Jon Mellish has been a driving force in their midfield this term. He's netted 15 times in all competitions with the majority of his goals coming in the first half of the season.

He could be joined by the industrious Callum Guy, while another former Man United youngster, Joe Riley may also be considered for selection.

Their attacking options include 32-year-old Lewis Alessandra and Republic of Ireland under-21 international Joshua Kayode who is a direct attacker. Offrande Zanzala may line up in attack too for them having joined in January after leaving Crewe Alexandra.

Omari Patrick, who began his career in non-league at Beaconsfield, and Frenchman Gime Touré boost the bodies they can turn to when looking for goals.

In charge since November 2019, this season has been Chris Beech's first full campaign in charge at Brunton Park.

It's his first permanent managerial role. Apart from a caretaker position at Rochdale, where he served as assistant manager to former Cheltenham defender Keith Hill, he has otherwise only worked as a coach.

In his playing days he was a midfielder who represented the likes of Huddersfield Town, Hartlepool United and Blackpool. 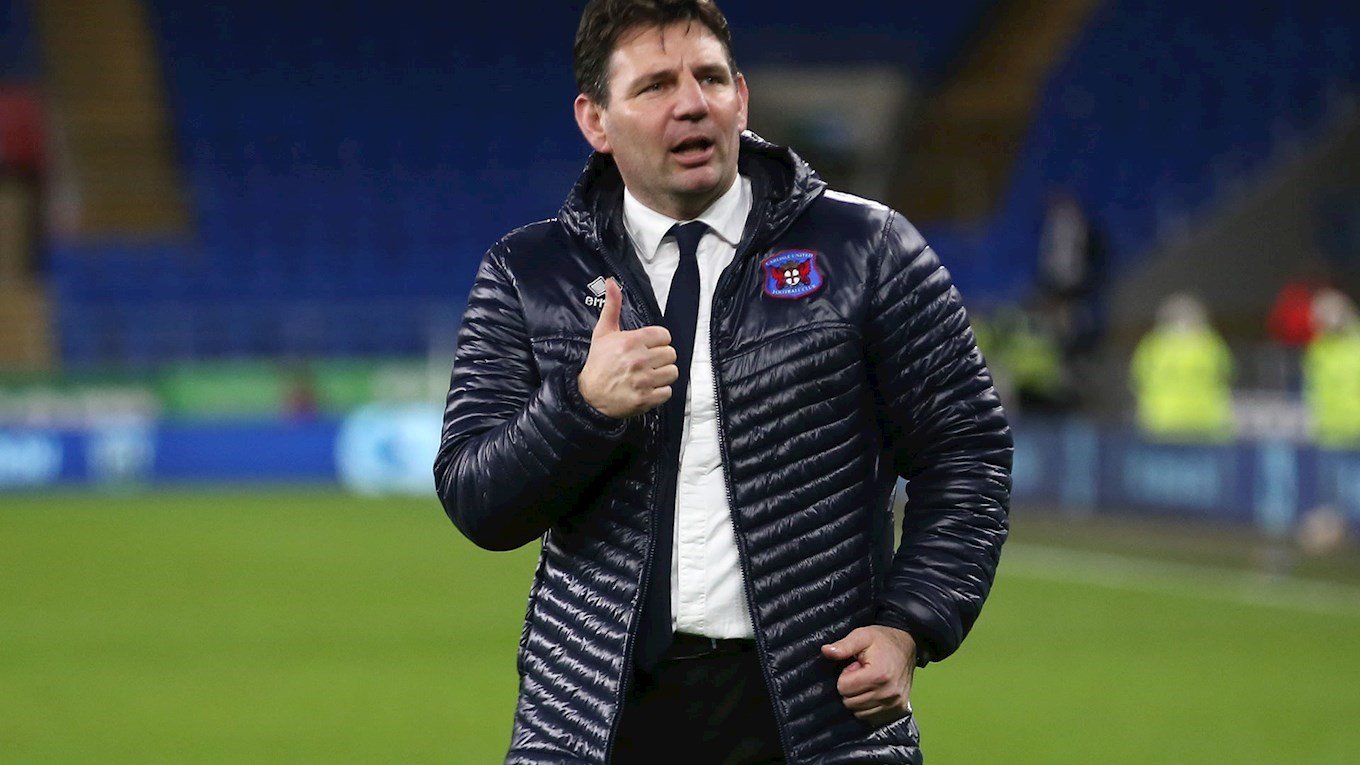 One to watch: Offrande Zanzala

Since making the switch from League One Crewe in January, Offrande Zanzala has scored five times in 20 appearances for Tuesday's opponents.

He moved to England aged 8 from Austria having been born in the Democratic Republic of Congo. His career began at Derby County where he was loaned out to Stevenage, Chester and Accrington Stanley.

He left the Rams and signed permanently for Stanley, spending two seasons in Lancashire before a July 2020 move to Crewe Alexandra who had just been promoted to League One.

His time with Crewe only lasted for half a season and he's been registered with Carlisle since January. 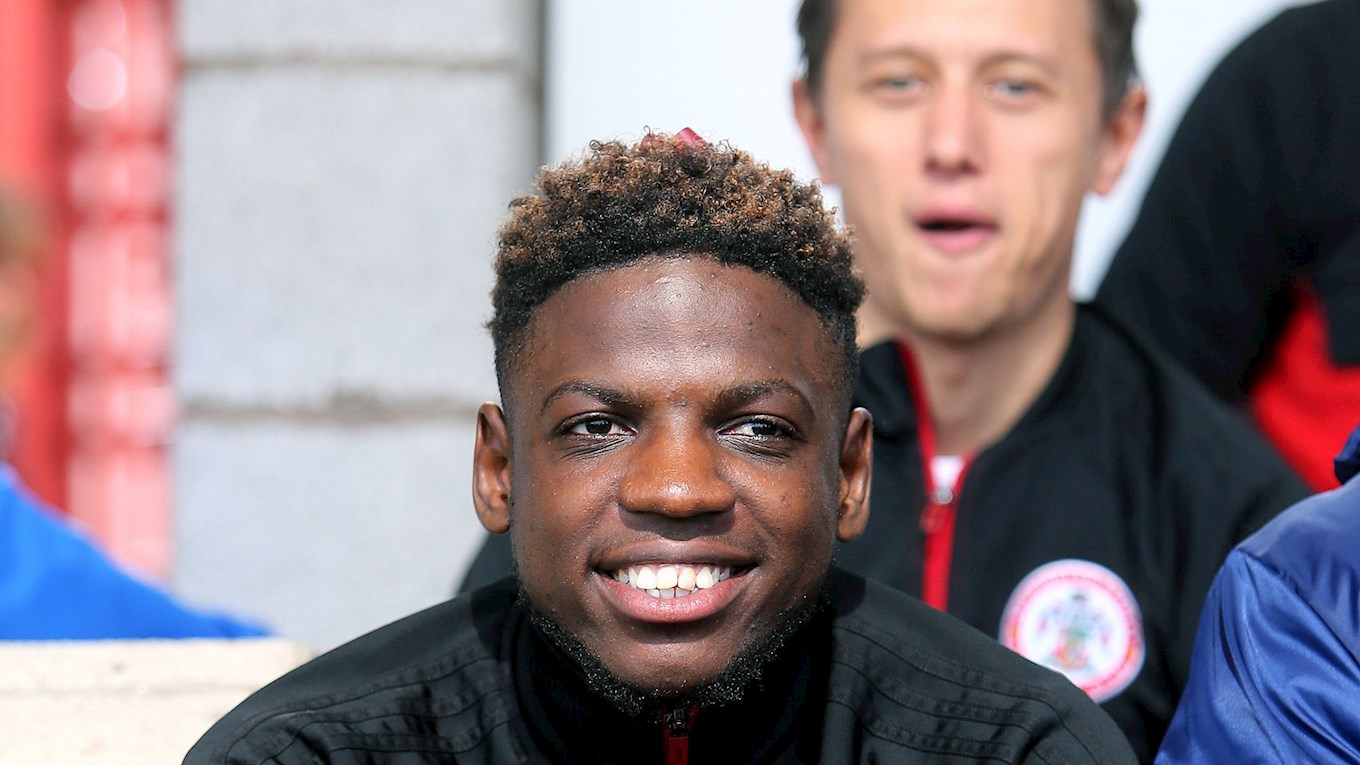 Available to buy online in either print or digital format, the match programme for Tuesday's game features forward George Lloyd as the big interview.

There are also features with Ben Tozer, under-18s midfielder Felix Miles after he was named the LFE Apprentice of the Season for League Two, Michael Duff and much more.

The print version of the programme is available to buy from the online shop for £2.50. Make sure you select 'match programme' when it comes to shipping to select the cheaper postage offer.

A 48 page digital edition can be accessed via Matchday Digital on their website, or on Android or Apple. 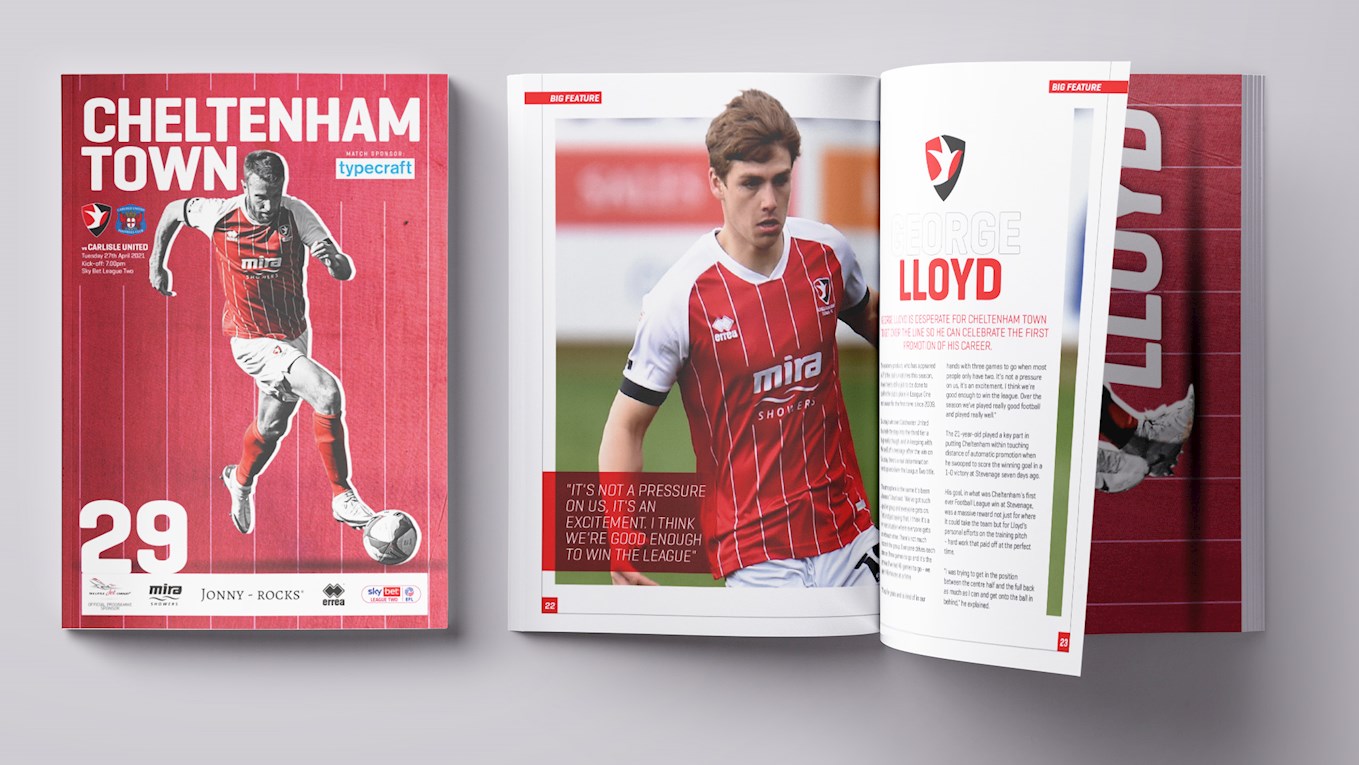 Make sure you watch the action from the Jonny-Rocks Stadium by subscribing to a match pass on iFollow.

You can buy a match pass online for £10 ahead of the game. Commentary will be provided by BBC Radio Gloucestershire.

Season ticket holders receive free access to watch the game and will have received an email with information about this. 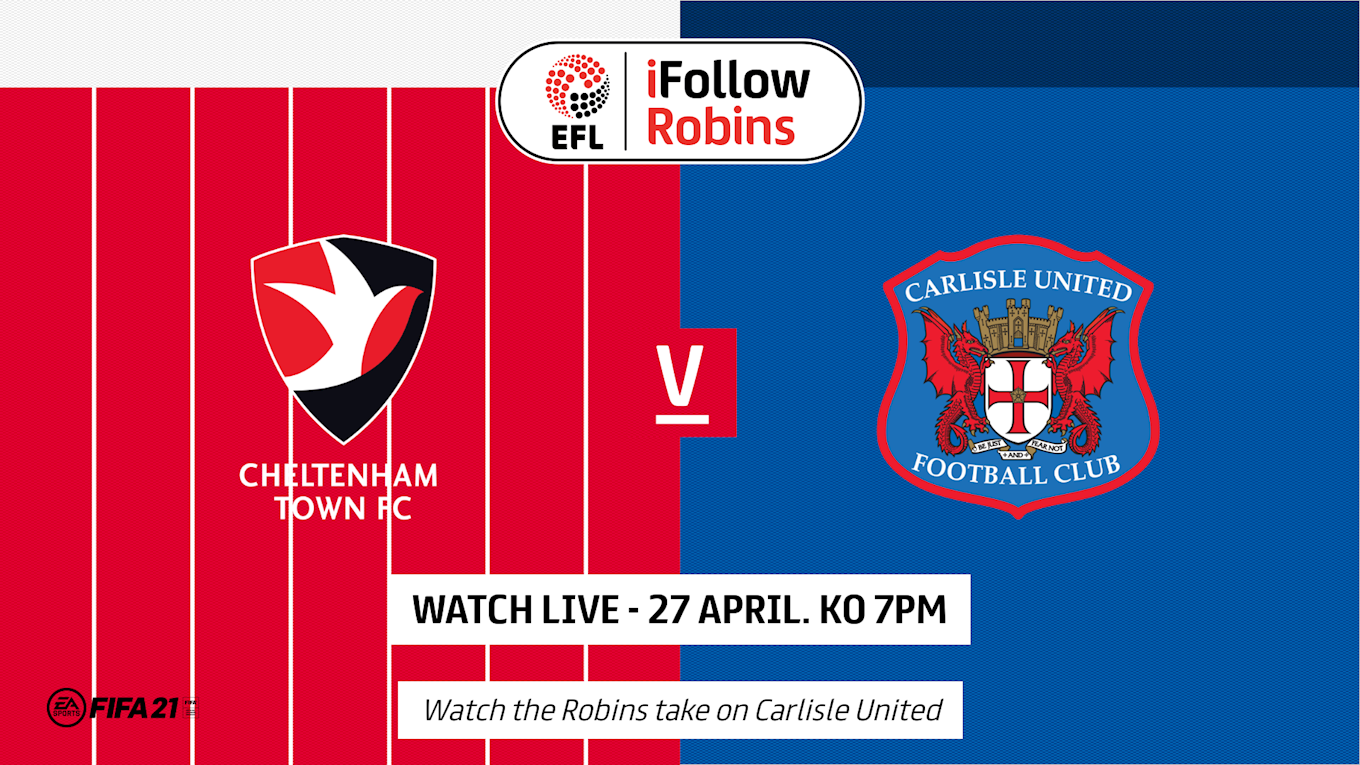 Typecraft are the digital match sponsors for the game. Close friends of the club, Typecraft have been delivering high quality print for its customers for nearly three decades.

They deliver fast, friendly and reliable print and design solutions at a price to suit all budgets from their base on the outskirts of Cheltenham.

Follow the action on social media by checking out @CTFCofficial on Twitter where you can view match updates, images and team news. Stay up to date with the latest score on Facebook and on the club's Instagram too.

Once the game is over visit the club website to read a match report and to watch Michael Duff's post-match press conference.

Before the game at 6pm visit the club's YouTube channel to watch Teamsheet Live looking ahead to the fixture upon the release of the team news.

You'll be able to watch extended highlights of the game on iFollow. 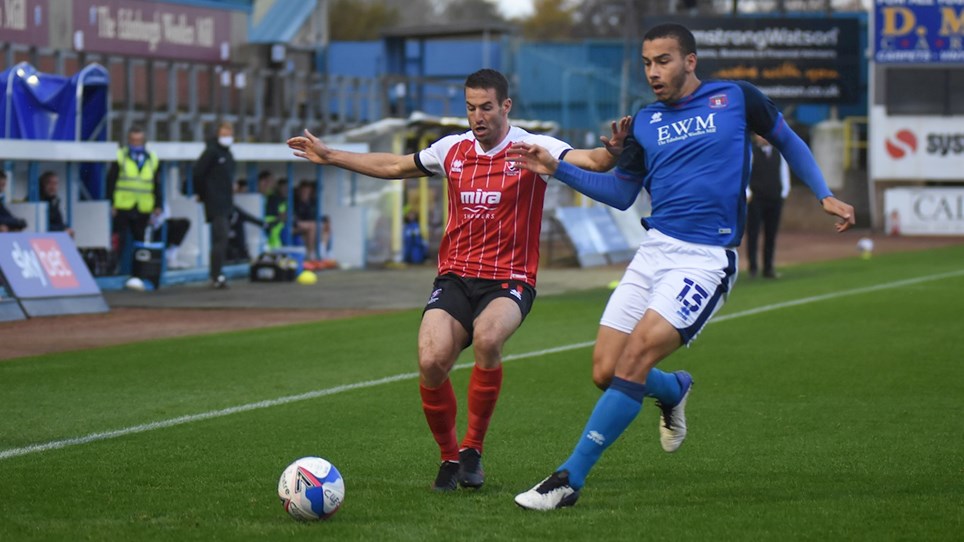 Cheltenham Town have been promoted to League One after drawing 1-1 with Carlisle United at the Jonny-Rocks Stadium.

The Robins will be playing in the English third tier next season after Chris Hussey’s spectacular free-kick levelled the scores in the second half.

A single point was required to ensure Cheltenham’s promotion ahead of Carlisle’s visit to Gloucestershire.

The Robins had secured back-to-back wins for the first time in seven weeks at the weekend and with the carrot of securing promotion for good, the Robins were aiming for a third straight win against 10th placed Carlisle.

The opening half an hour of play might have been devoid of chances for either side to open the scoring with but it was Cheltenham’s George Lloyd who typified the desire and application that the hosts have played with throughout this campaign.

Cheltenham’s academy product ended his four month wait for his third league goal this season by scoring a vital winner at Stevenage last week. Followed up by another 1-0 win over Colchester United on Saturday, the Robins had one foot in League One ahead of tonight’s clash.

With Cheltenham's sights firmly set on a first place finish, Carlisle were in no mood to let their hosts earn a season defining result. With promotion hopes of their own very much alive still, the Blues took the lead at the Jonny-Rocks Stadium on the 32nd minute.

Callum Guy’s delivery from a free-kick wide of Joshua Griffiths’ goal was headed in by Joshua Kayode to break the deadlock. 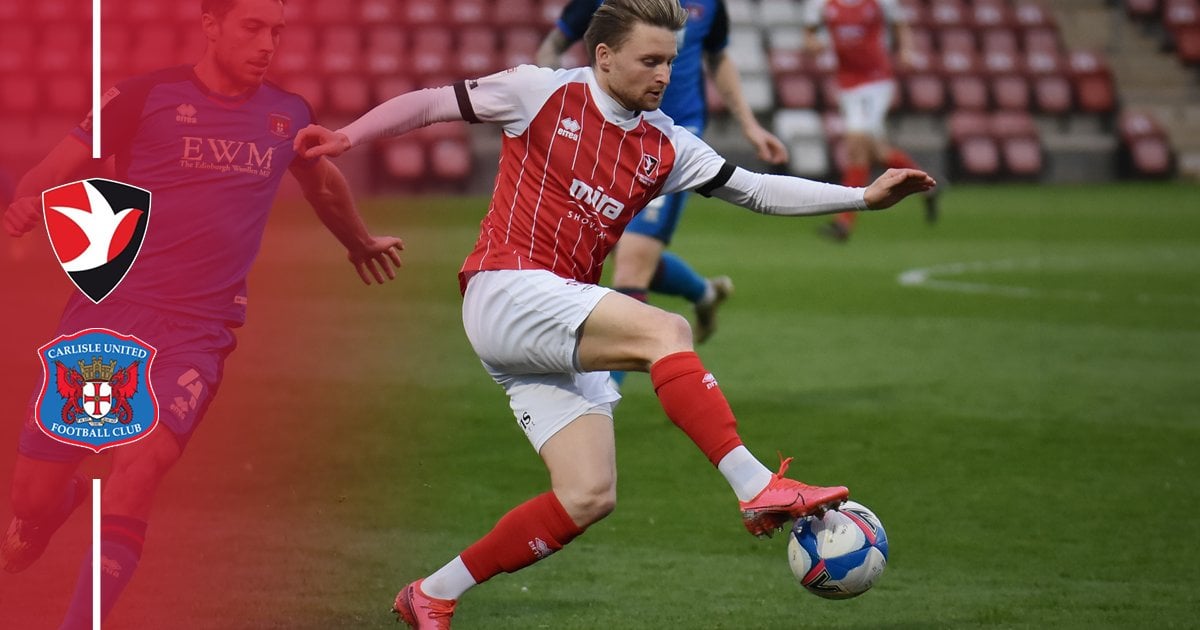 Despite winning three in a row without conceding a goal during a run which propelled Carlisle within three points of the play-off picture, Chris Beech's side had failed to win any of the last five.

In fact, Carlisle’s away for this term is only better than the bottom five placed teams this League Two campaign. Having lost nearly half of their away trips this season, there was still more than enough time for Cheltenham to turn the game on its head after falling behind.

With the Robins unable to conjure up a swift reply before half-time, a second half improvement was required if promotion was to be sealed with two games spare.

Duff turned to Alfie May in need of some extra attacking verve after the interval. The striker, who has already provided so many memorable moments for the club this season, came into proceedings looking to make a significant contribution once more.

Cheltenham’s leveller however would come through an unlikely source on the 56th minute, but with the technique required to pull it off you wouldn’t have thought Chris Hussey would’ve taken over a year to score his latest free kick.

The left-back bent the ball over the Carlisle wall from all of 20 yards and with it coming back down off the underside of the crossbar, Hussey wheeled away in celebration as his teammates watched the ball nestle in Magnus Norman’s goal.

Cheltenham continued to probe in search of a second but with Carlisle keen to get a winner of their own, it was set up for a grandstand finish at the Jonny-Rocks Stadium. 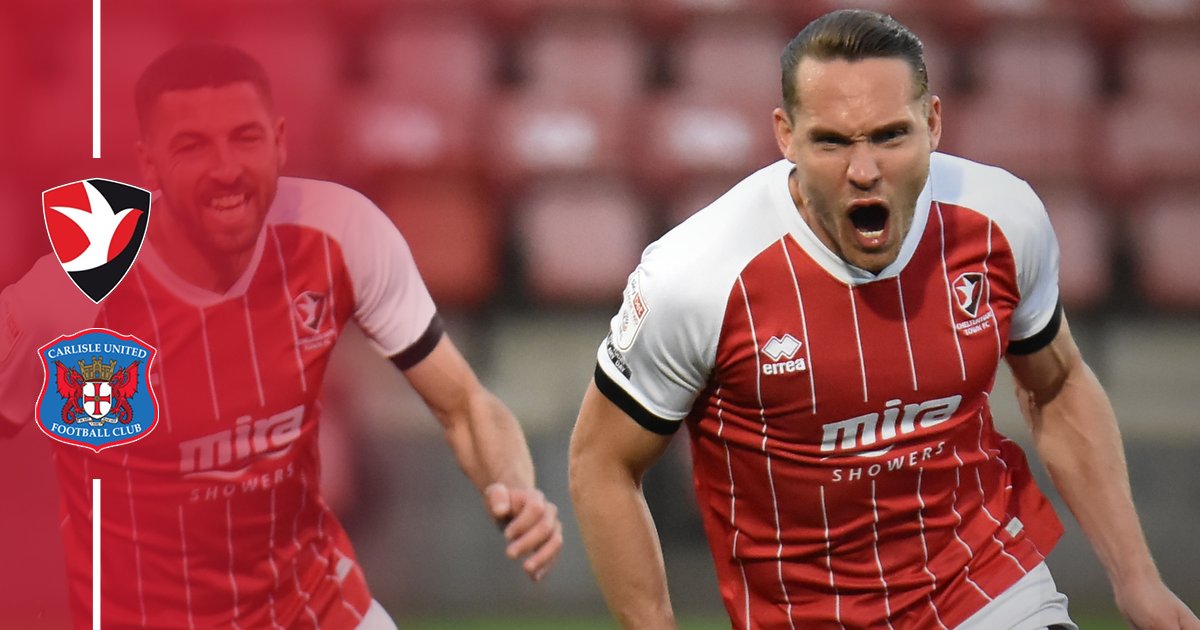 Carlisle would come the closest to snatching a late goal as Kayode almost doubled his and the Blues' tally for the evening. Nick Anderton's inswinging delivery from the left wing was headed onto the woodwork by Kayode as the crossbar at the other end was still shaking from Hussey’s all-important equaliser.

A resolute defensive shift in the final ten minutes would eventually see Cheltenham through for a draw.

22 years after Duff scored the winning goal against Yeovil Town in 1999 to help Cheltenham clinch promotion to the Football League for the first time, the Robins boss has helped orchestrate the club's return to League One.

Such are the standards set by Duff, he's challenged his players to fight for the league title ahead of a trip to Rodney Parade to face Newport County on Saturday (kick-off 15:00). 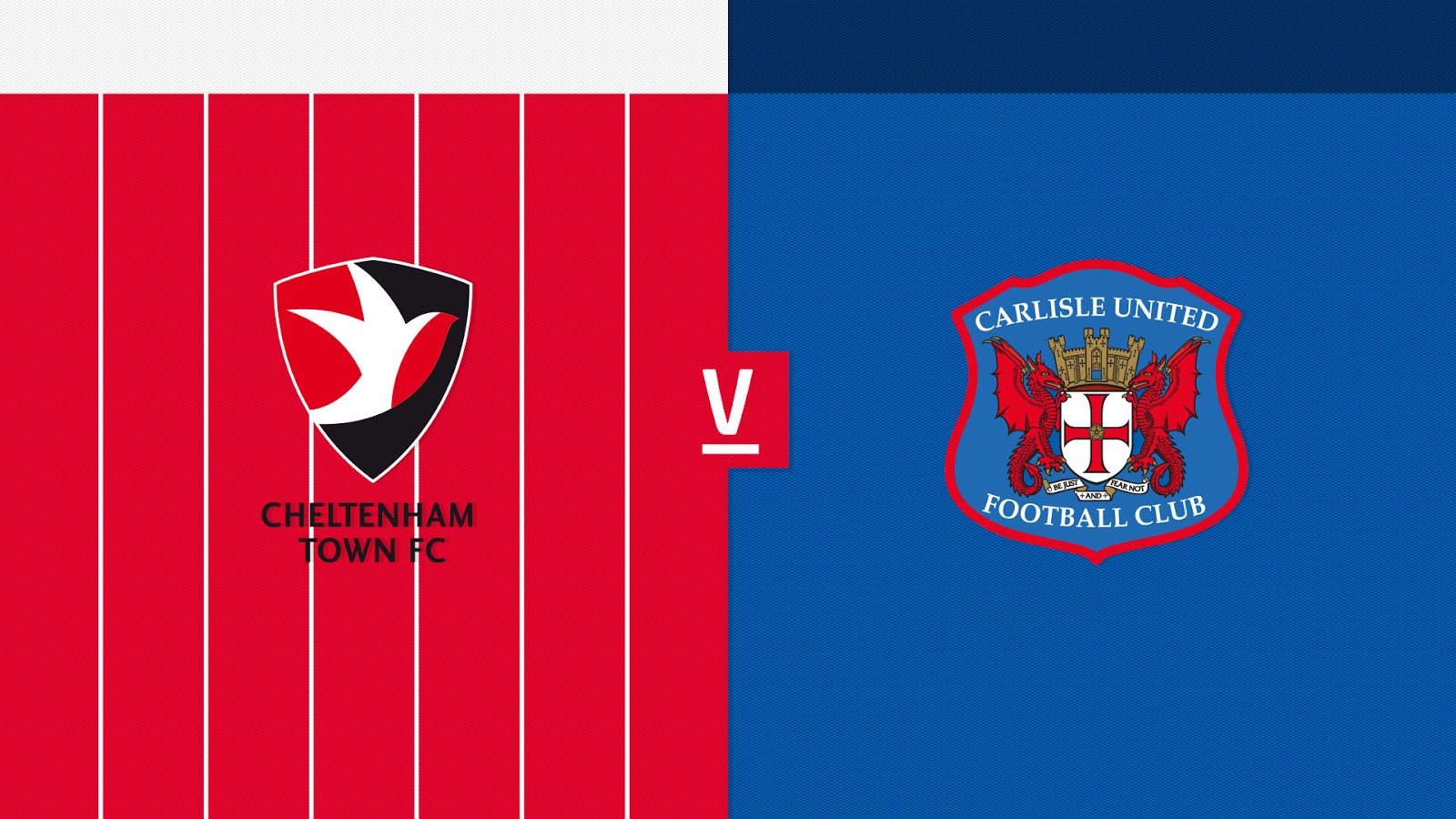 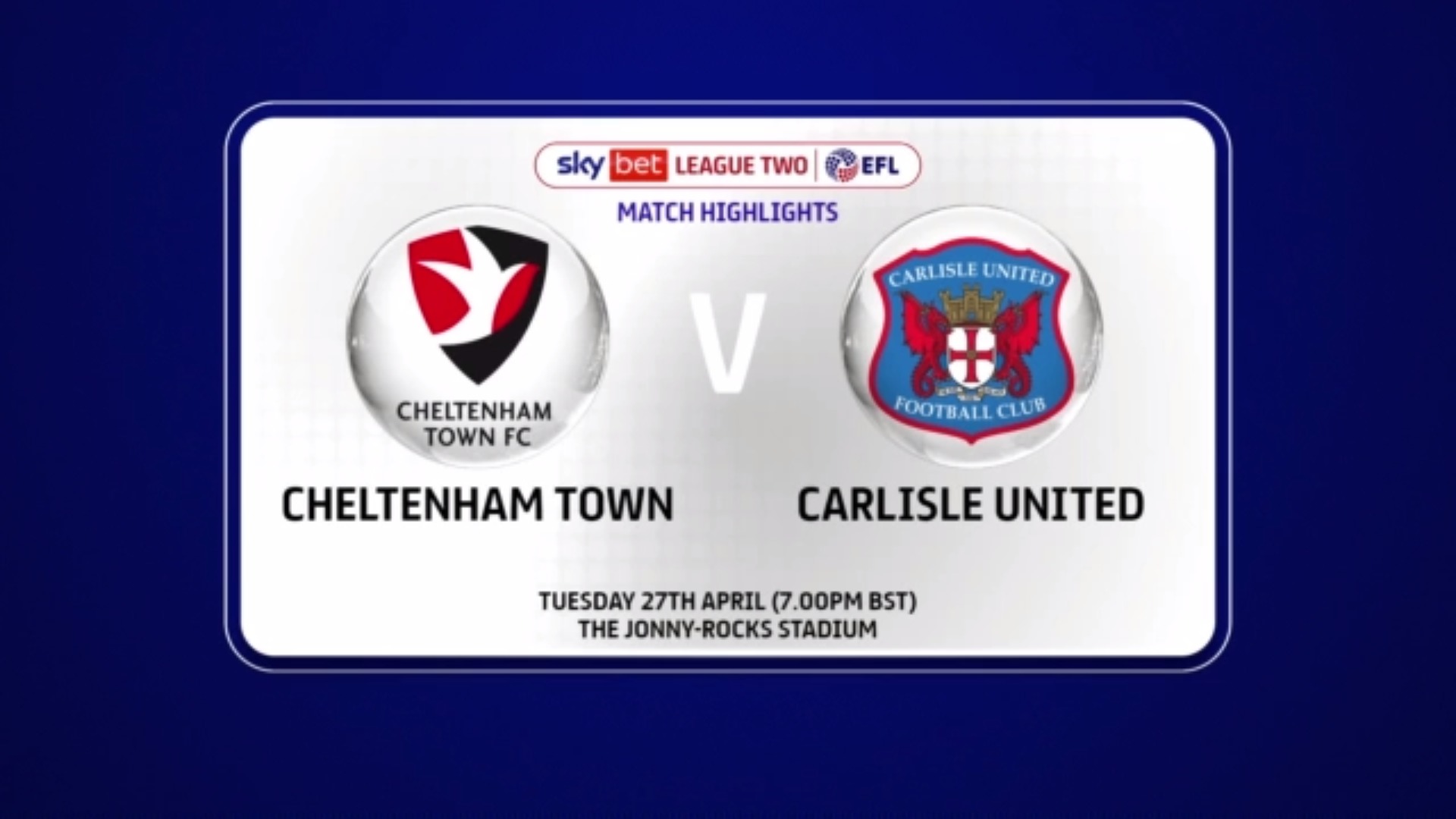 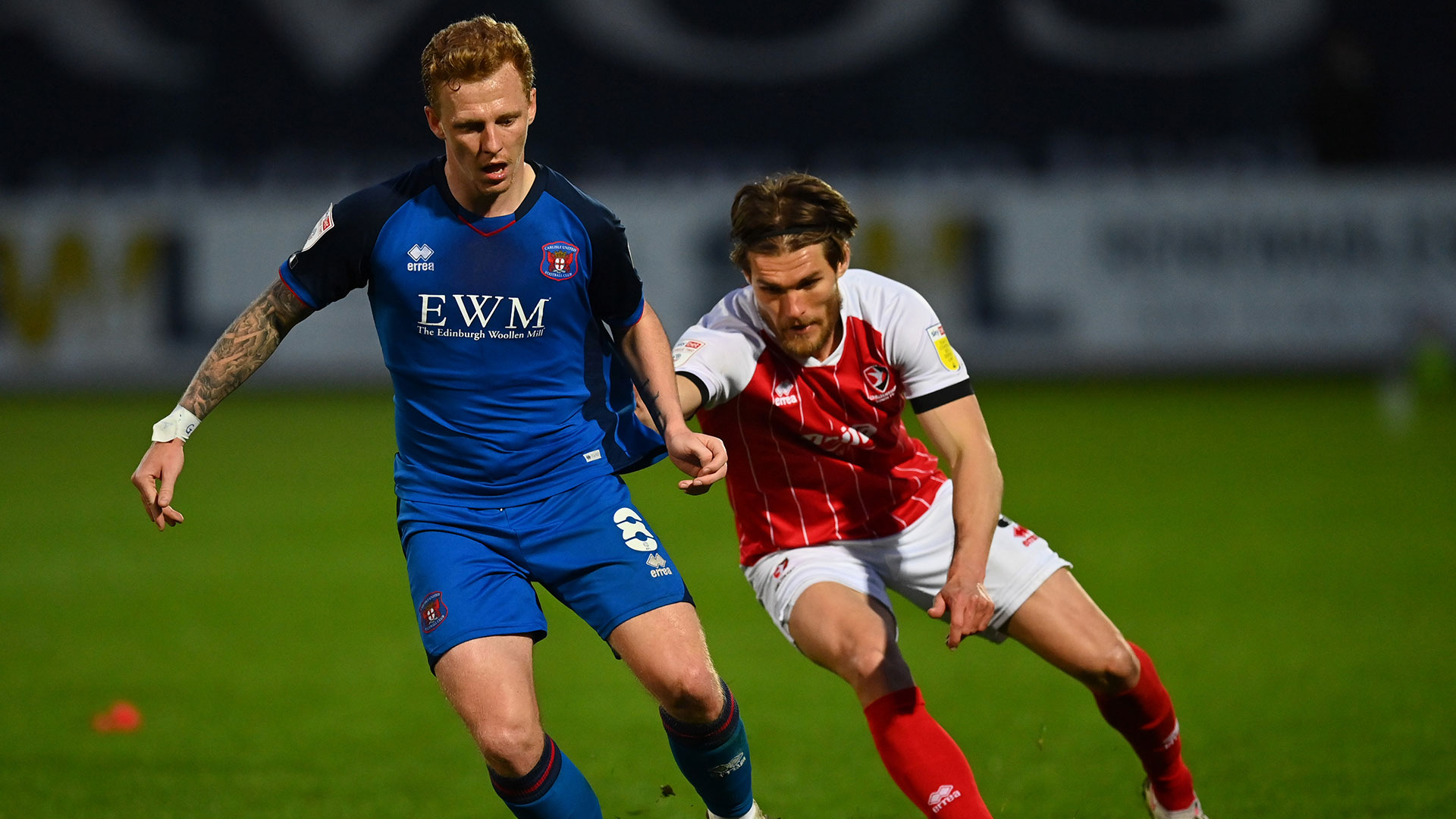