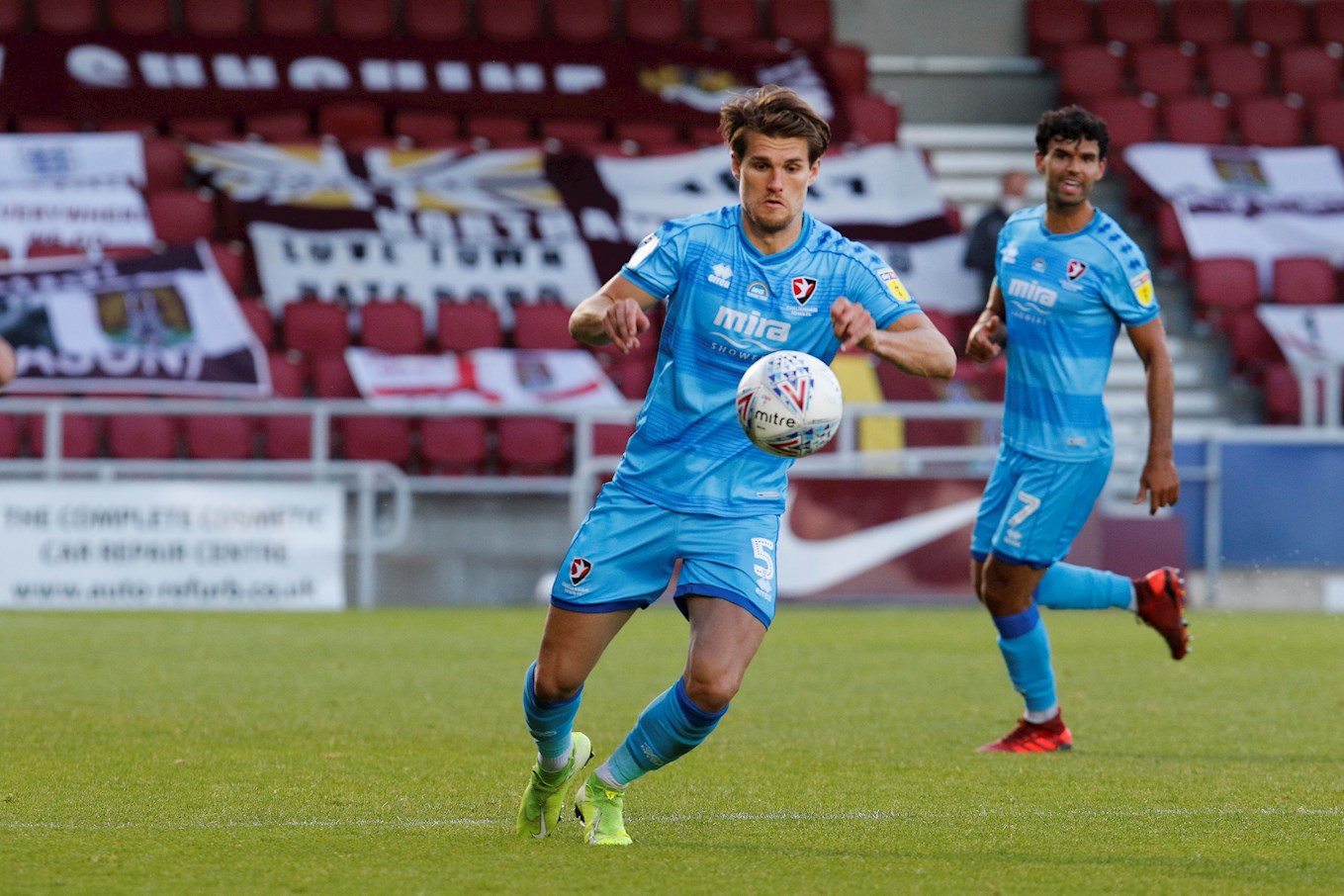 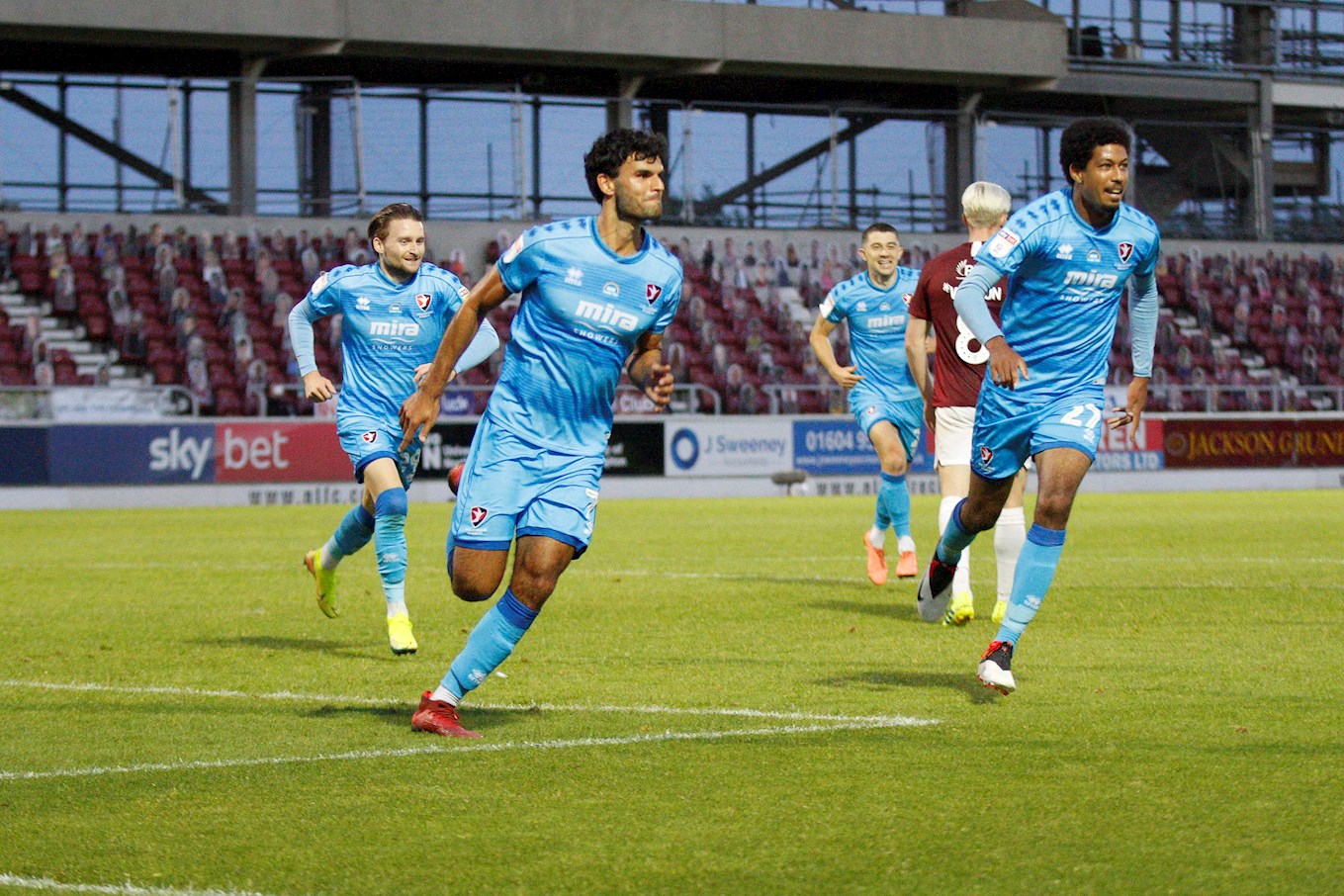 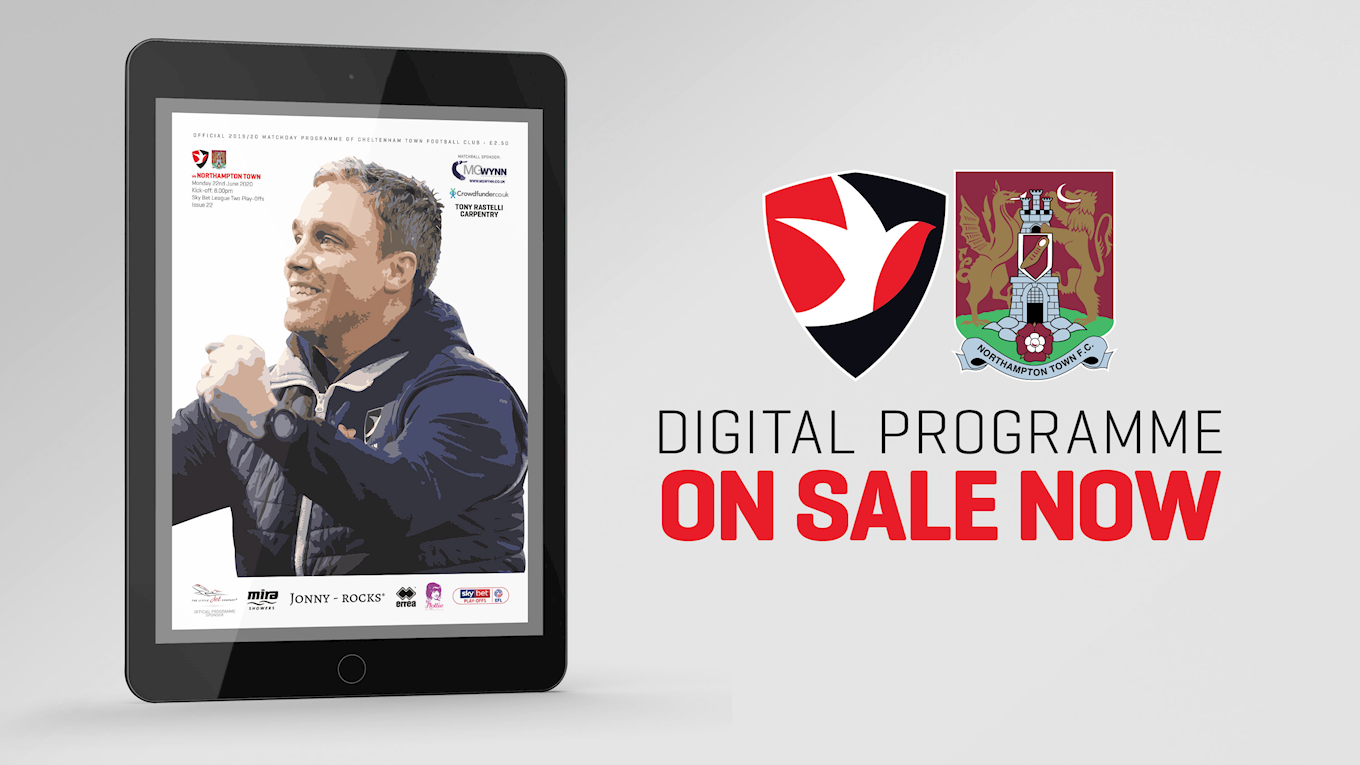 Cheltenham Town surrendered their two-goal first leg advantage on a hugely disappointing evening, costing them a trip to Wembley in this season's play-off final.

They saved one of their poorest showings of the campaign for the worst possible time.

Two second half goals by Callum Morton put paid to the dream of a fourth major final at the national stadium next week, the first he knew littel about and the second was shambolic.

Vadaine Oliver had given the Cobblers the perfect start with an early goal and it set the tone for a forgettable night with so little to cheer from a Cheltenham perspective.

Credit to Northampton Town for a spirited fightback but this was a calamitous evening for Michael Duff's side, who were quite simply second best all evening at an empty Jonny-Rocks Stadium.

Keith Curle will lead his side out to face Exeter City in the League Two showpiece next Monday.

Duff swapped his front pairing here, using Alfie May and Jonte Smith instead of Tom Nichols and Reuben Reid from the start at a sun-kissed Jonny-Rocks Stadium. Alex Addai returned to the bench in place of the injured Luke Varney.

Northampton made a change of their own by bringing back Sam Hoskins for James Olayinka and they fashioned the early breakthrough, opening the scoring after only nine minutes.

Oliver met a wicked inswinging ball from Nicky Adams, who had beaten Sean Long out on the right, to beat Owen Evans at the far post and set the nerves jangling inside the empty stadium.

Cheltenham settled into the game after the early setback and began to put together their passing game.

Their first meaningful chance of the game arrived shortly after the half-hour mark when Smith shared a one-two with Jake Doyle-Hayes before bending one a few inches high and wide of the top right angle of the target.

Smith was a whisker away from the equaliser, stretching to reach a low ball by Sean Long nine minutes before the break after a neat move.

At the other end Adams, who had swapped flanks, smashed over a volley from a tight angle down the left while Oliver drew a diving stop from Evans.

The striker had an even better chance to double the advantage two minutes before the break when he was found with a great cross by Charlie Goode but his header flew well wide of the target.

A dipping volley by Ryan Broom on the stroke of half-time almost caught out Steve Arnold, but it dropped a foot wide of the right post.

There was another chance for Oliver five minutes after the restart, but Evans held it at his near post.

Moments later a mistake by Arnold handed the Robins a corner a few minutes later which saw Will Boyle go close.

But with 57 minutes on the clock the tie was level on aggregate after a bizarre goal by Morton, not that the striker seemed to know much about it.

Adams delivered a corner from the right which Tozer met with a header, which took a decisive touch from the Northampton striker to hand his side a two-goal advantage on the night and square the overall contest.

Duff had made a double switch in the 62nd minute having replaced Smith with Reid at the break. Doyle-Hayes and Broom were withdrawn and Rohan Ince and Addai were pressed into action.

Northampton completed the turnaround with 13 minutes remaining when a catastrophic breakdown in communication between Boyle and Evans gifted Hoskins a chance to nip in and prod one on goal, but it came back off the post. Morton was quickest to react and rolled home for his second of the night.

Hussey launched a 30-yard free-kick well over and Alfie May missed the target with a couple of late efforts as Duff's side rallied in the closing stages but Arnold wasn't troubled.