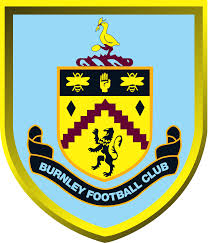 It's one final run out at the Jonny-Rocks Stadium ahead of the new League Two season on Saturday when Burnley under-23s are the visitors (kick-off: 3pm).

Cheltenham begin their season at Leyton Orient in a week and the countdown is on ahead of Michael Duff's first full season in charge.

Having already entertained Leicester City and Shrewsbury Town at the Jonny-Rocks this week, the Robins cap three home matches in seven days with this weekend's tie against Burnley's up and coming youngsters - a team managed by Duff before he was appointed Cheltenham boss last September.

Tickets for Saturday's match are available to buy on the turnstiles and online here.

Reuben Reid and George Lloyd both have knee problems that rule them out.

Chris Hussey and Josh Debayo are unlikely to feature as they nurse knocks that are being managed ahead of the new campaign.

Burnley under-23s come into the fixture having had a mixed start to their pre-season, recording a win over Polish side Pogon Szczecin II, a 1-0 win over Bamber Bridge, but also being on the receiving end of a 3-1 defeat at the hands of Stalybridge Celtic.

They are led by Head Coach Steve Stone who previously played for Nottingham Forest, making a total of 229 appearances at the club, and also having a long stint at Aston Villa. Stone was previously the first team coach of Newcastle United before filling the vacancy left by Michael Duff when he moved to Cheltenham.

Defender Ryan Cooney is one to look out for on Saturday. The defender has actually got senior experience in the Football League with Bury under his belt ahead of joining the under-23s at Turf Moor this summer.

Central midfielder Josh Benson is also one to watch, being with the Arsenal academy since under nine level and even appearing on the bench for the Burnley first team against Manchester United back in January after impressing with the under-23s.

Forward Rob Harker leads the line for the side, scoring 7 goals for Burnley's under-23s last season and scoring a brace on their last league game of the season against Sheffield Wednesday.

They will be hoping to push forward after a very solid league campaign finishing 4th in the Professional Development Youth League North and reaching the final of the Lancashire Senior Cup.

Saturday's opposition will still have to face Curzon Ashton and Connah’s Quay Nomads in their upcoming games, after their fixture with the Robins.

This will be the first time Cheltenham and Burnley under-23s have played each other.

The two clubs have met in one competitive game previously in 2002 when the Robins pulled off an FA Cup giant-killing to knock then Division One (Championship) Burnley out of the FA Cup to claim a place in the fifth round.

That day in the 2001-02 season saw first half goals from Russell Milton and Julian Alsop help the Robins to a 2-1 win.

Current assistant boss Milton played in a Robins side that also included now manager Michael Duff, who would go onto sign for Burnley, as well as current goalkeeper coach Steve Book. Also in the team that day was future manager Mark Yates.

Tickets for Saturday are priced at £12 for adults and £6 for concessions. They are available to buy on the turnstiles and online here in advance.

The ticket office will be open from midday for fans wanting to collect season tickets or purchase away travel to the Saturday 3 August fixture at Leyton Orient.

You can also visit the club shop before the game to purchase merchandise, including the club's new away shirt.

Post-match you can check out the club website to read a match report and hear reaction to the game from the manager and a member of the squad.

Cheltenham Town continued their preparations for next weekend's League Two opener at Leyton Orient with defeat by Burnley Under-23s this afternoon.

Michael Duff's former charges provided a stern test for his current side, winning by the odd goal in five at the Jonny-Rocks Stadium.

Luke Varney bagged two goals on the day, twice pulling his side level inside the opening half-hour of the contest but Bobby Thomas' strike six minutes after the break decided this penultimate friendly of the summer.

Duff takes his side to Bromsgrove Sporting on Tuesday evening to complete his pre-season programme ahead of the campaign curtain raiser against the east Londoners in seven days' time. 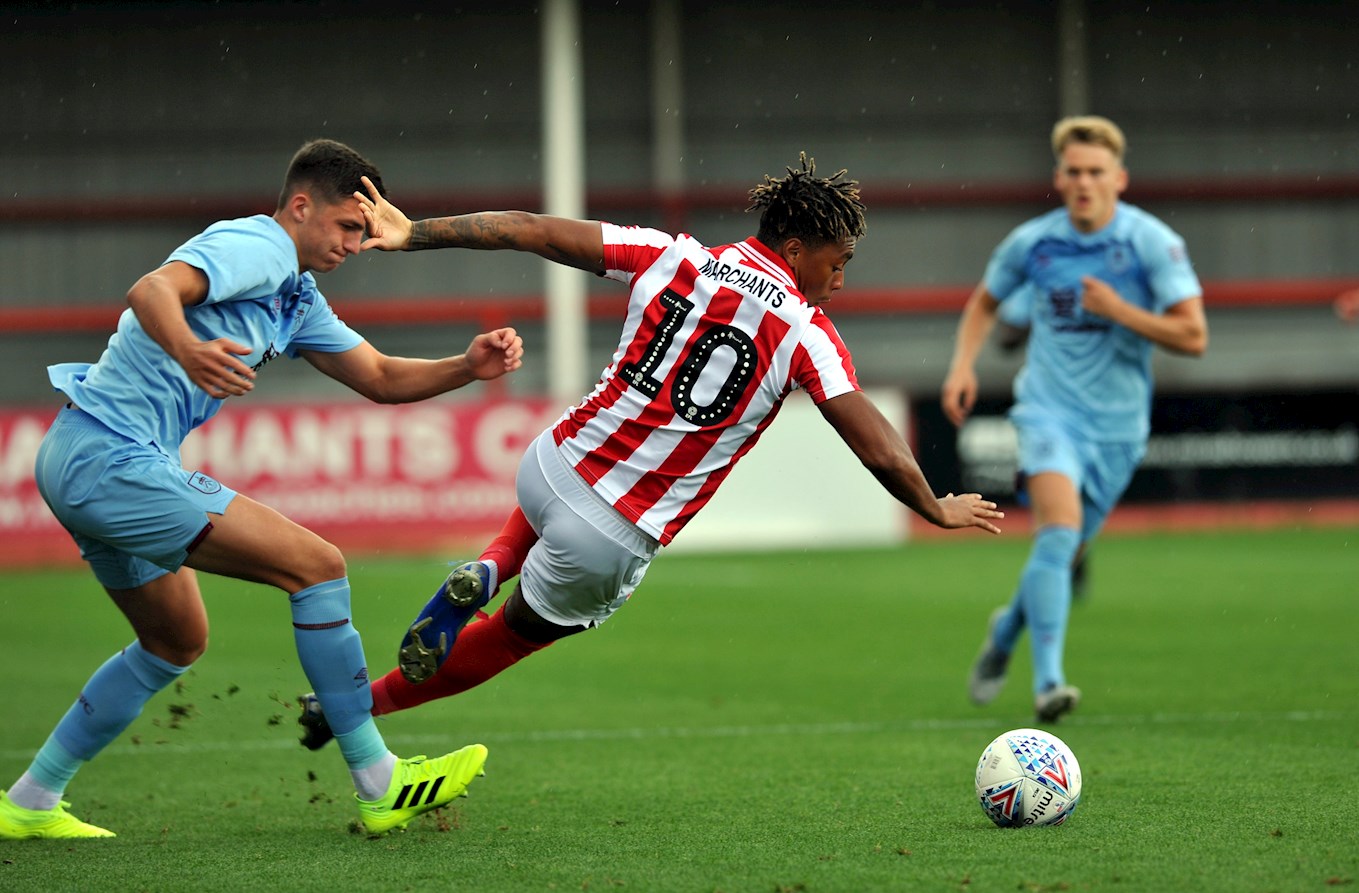 There were some impressive young players in the Burnley ranks and they made an impressive start, taking the lead twice in the opening half-hour.

Their first was as early as the fifth minute, courtesy of a trialist after some hesitation in the Robins defence after a long throw. However Varney pulled it back just four minutes later, meeting Sean Long's pinpoint cross from the right with a perfect glancing header.

Burnley immediately reclaimed the lead, this time through another trialist after a corner from the left was cleared into the winger's path and converted from close range. Varney though cancelled it our midway through the first half with a fine finish from distance. 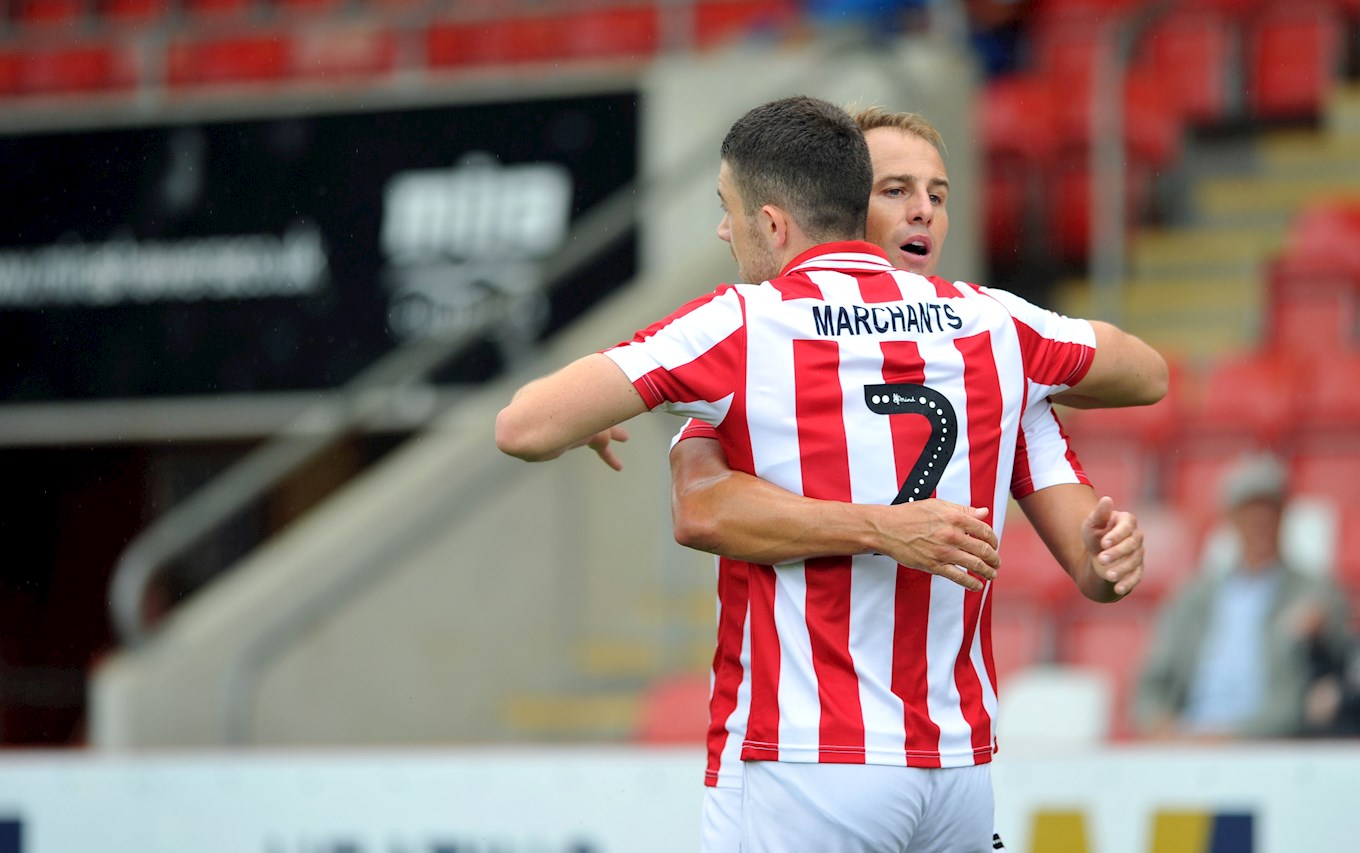 Burnley were in front for a third time six minutes after the interval, Josh Benson swinging in a free-kick from the left and Bobby Thomas meeting it with a thumping header.

Ben Tozer shaved the left upright with a flick header and Varney saw a deflected effort float over the target as the Robins searched for a leveller. At the other end, a third trialist was a whisker away from added a fourth, dragging an effort wide of the target from 18 yards.

Trialists Jake Gray (for Ryan Broom) and Jonte Smith (Tahvon Campbell) were pressed into action shortly after the hour mark and Gray went on to have a couple of decent chances, miscontrolling the first and firing over with another.

Smith then tested Adam Legzdins from distance but the goalkeeper dropped to save the Bermudian's low effort.

Burnley under-23s are the visitors to the Jonny-Rocks Stadium on Saturday for Cheltenham Town's final home pre-season friendly ahead of the new League Two season.

Saturday marks exactly a week until the Robins kick off their campaign with a visit to Leyton Orient on the first day of the season, on Saturday 3 August.

The game this weekend at the Jonny-Rocks Stadium against Premier League Burnley's under-23s team gets underway at 3pm and is the third home game in a week for Michael Duff's charges.

Last Saturday Premier League Leicester City were the visitors in a game that saw the Foxes come out on top with a 2-1 win. Then on Tuesday Shrewsbury Town of League One visited for a competitive 2-2 draw.

Ticket prices for Saturday's match are priced at:

The prices apply to all areas of the stadium, however the Speedy Skips Stand and Tunnel area will not be open to fans this Saturday.

Tickets are available to buy on the turnstiles and can also be bought online here.

The ticket office is open today and Friday at 10am to 3pm, as well as on Saturday before kick-off, for supporters who also wish to purchase tickets and away travel for the opening day game at Leyton Orient. Details of tickets for that match are available here.

Remember on Sunday it is also the club's annual Open Day. This is taking place at the Energy Check Training Ground on Quat Goose Lane in Swindon Village. To find out more about what's going on at the Open Day, which takes place between 11am and 1pm, click here.