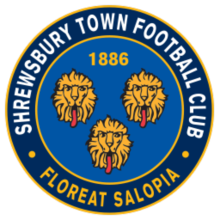 The Jonny-Rocks Stadium plays host to a second of three pre-season friendlies in a week this evening (kick-off: 7.45pm).

A League One side managed by former Wales international Sam Ricketts are in town as Shrewsbury Town line up as the opposition.

On Saturday Premier League outfit Leicester City were the visitors in a game that saw second half goals from Jamie Vardy and Marc Albrighton secure the Foxes a 2-1 win.

Tonight's test against Shrewsbury will be a good challenge with the League Two campaign looming, with Burnley under-23s also set to visit Cheltenham this coming Saturday.

Tickets for this evening's game are available to buy on the turnstiles and can also be bought in advance online here.

Conor Thomas may miss out again after picking up a knock against Hereford. Chris Hussey is still working on his fitness ahead of the new season.

Shrewsbury have had a slow start to their pre-season campaign having been on the losing side against the likes of Sheffield Wednesday, Newport County and Aston Villa.

Coming off their previous fixture against Premier League newcomers Aston Villa, which saw a huge attendance of 9,322 at Montgomery Waters Meadow, they’ll be looking for their first win of pre-season.

They have headed into their first pre-season under manager Sam Ricketts who took charge of Town back in December. The former Wolves and Coventry City defender has previously been in charge of Wolves youth team for a short period and Wrexham AFC back in 2018. They will be looking to improve on a disappointing League One campaign having finished 18th last season, with the season prior only narrowly missing out on promotion by losing in the play-off final.

In the hope to better their last league campaign Ricketts has brought in the likes of 20-year-old central midfielder Luke McCormick on loan from Chelsea, as well as Bristol City keeper Max O’ Leary also on a loan spell and former Sunderland right-back Donald Love on a free transfer.

Remaining is former Leicester under-23s player, Oliver Norburn, who is always a constant goal threat from the centre of midfield. Shrewsbury’s top scorer and former England C international, Fejiri Okenabirhie, is also someone to keep an eye on. Okenabirhie finished his season with 10 league goals, he proves to be a clinical scorer and is always dangerous coming of the left wing of their forward line.

Tuesday's visitors have been regular opponents since Cheltenham first became a Football League club in 1998. The Shropshire side have had the best of the competitive meetings between the two clubs. They've claimed 11 wins, while the Robins have come out on top on 5 occasions, with 5 draws having also been registered between the two since 1999.

The two teams last clashed at the Jonny-Rocks Stadium in April 2015. A Shrewsbury side including Tyrone Barnett in their ranks won 1-0 that day thanks to Jean-Louis Akpa Akpro's first half strike.

It was a result that helped Shrewsbury clinch promotion to League One, but sealed the Robins relegation to the National League (pictured below). 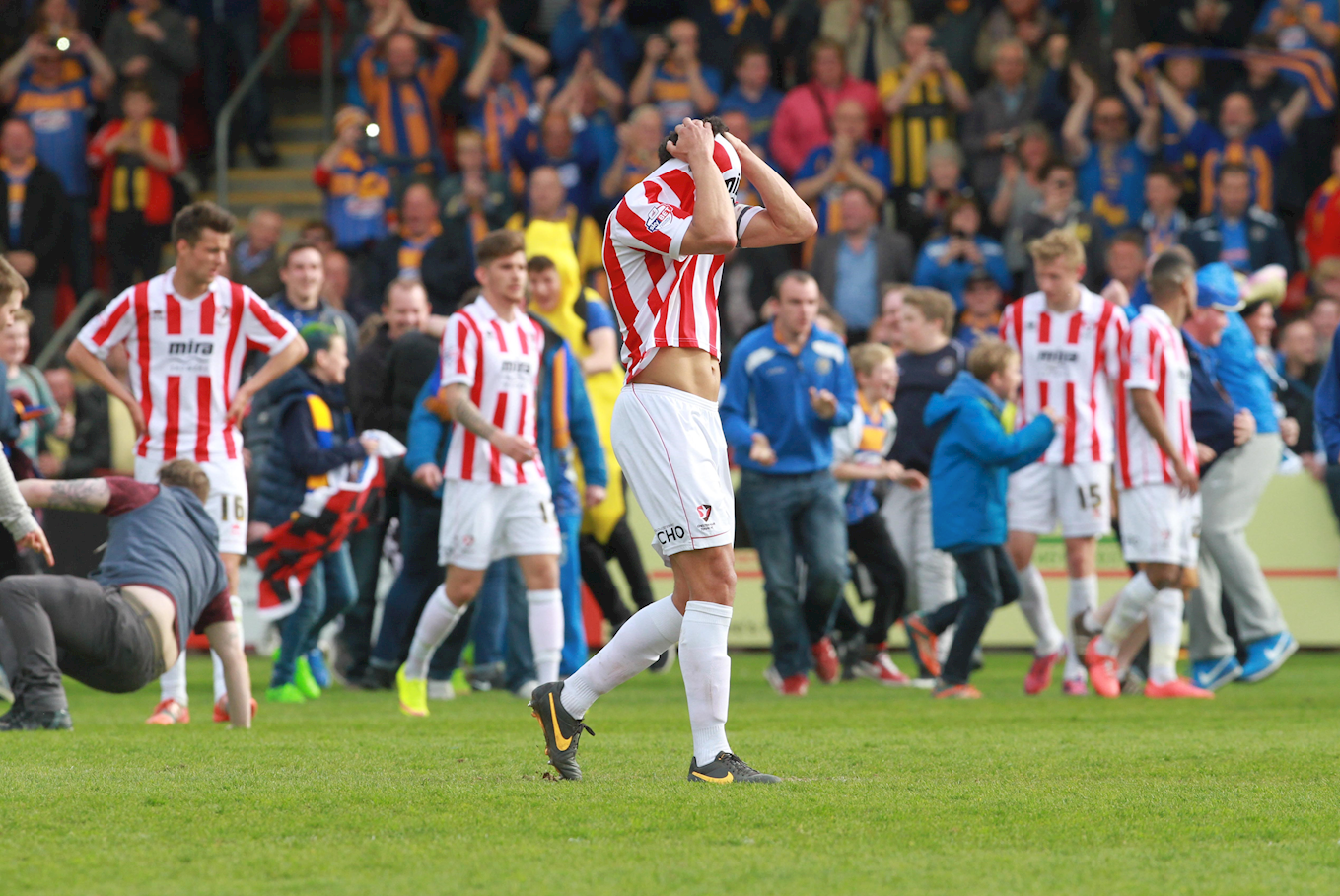 Cheltenham's last competitive win over Shrewsbury was all the way back on New Year's Eve in 2005. Steve Gillespie's second half goal earned the Robins a 1-0 victory. Shrewsbury's line-up that day included current Burnley and England international goalkeeper Joe Hart.

All sections of the stadium except the Speedy Skips Stand and Tunnel will be open for tonight's fixture.

Tickets can be purchased on the turnstiles and can also be bought in advance online here.

Prices are £12 for adults and £6 for concessions in all areas.

The club shop will also be open before the match selling the newly launched 2019/20 away strip.

Stay up to date with events at the Jonny-Rocks Stadium on Twitter. Follow @CTFCofficial for team news, match photos and updates throughout the game. You can also keep an eye on the games major moments on the club's Facebook page too.

After the game check out the club website for a report on the game and the views of boss Michael Duff on the match.

Cheltenham Town battled hard to a 2-2 draw against Leaguge One Shrewsbury Town at the Jonny-Rocks Stadium as the impressive Tahvon Campbell bagged a brace.

Cheltenham looked to have held onto a well fought victory after coming from behind with a brace from the forward, until a 79th minute Abo Eisa equaliser held them to a draw.

The Robins came into their fourth game of pre-season looking to continue to improve with the beginning of their League Two campaign looming.

The game started off slow with neither side looking to up the intensity early on, with every rare attack that did occur showing both sides look to be well drilled defensively, with the keepers being rarely threatened.

The game continued to be slow until the 23rd minute when Shrewsbury’s Shaun Whalley was left in space just inside of Cheletenham’s box where his curling effort found the top right hand corner leaving Lovett with no chance. 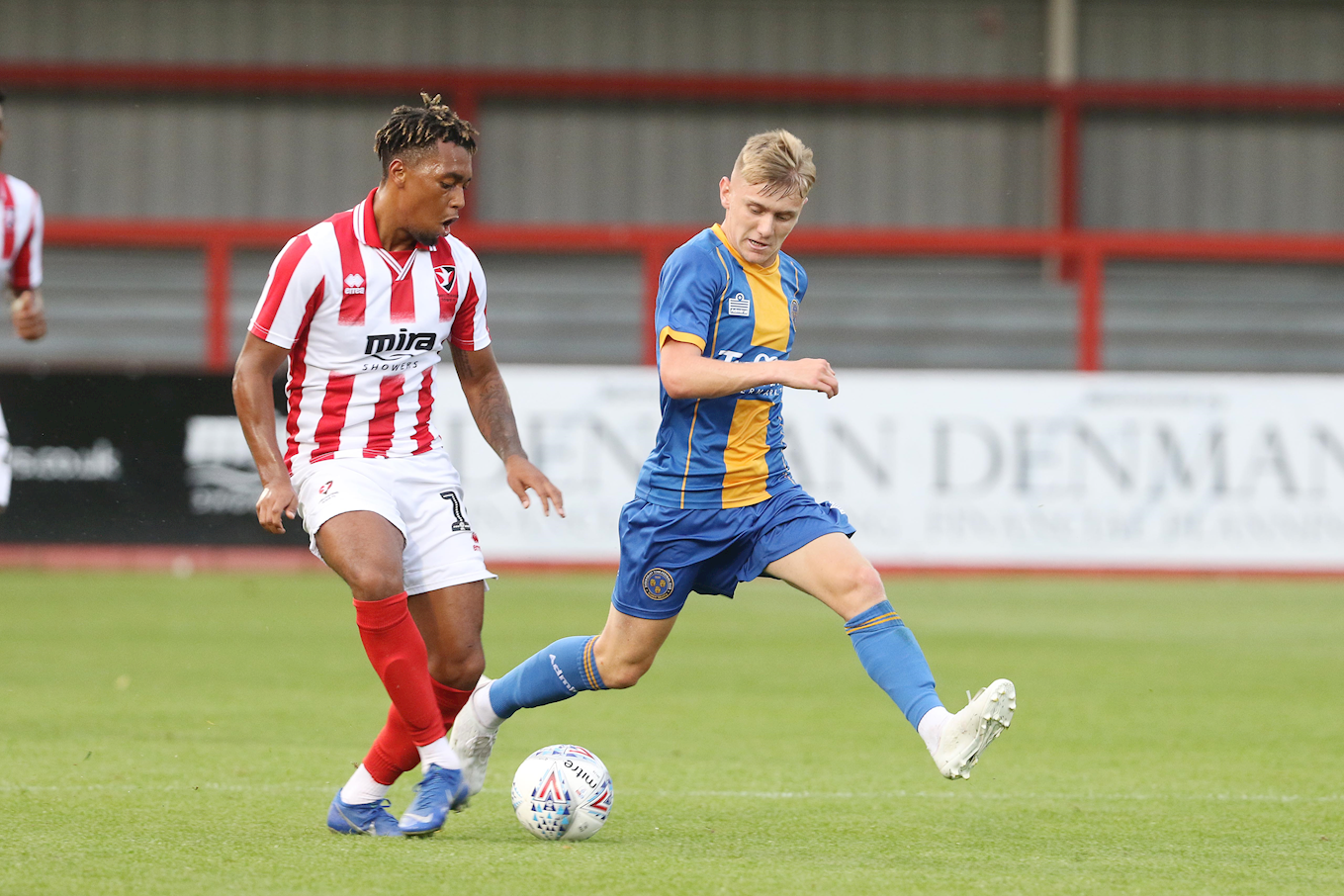 Cheltenham began to look more threatening in attack when Chris Clements whipped a dangerous looking ball across the face of the goal just out of Campbell’s reach. Eisa also came close for Shrewsbury when he saw his shot from just outside the box hit the bar.

The Robins snatched an equaliser in the 43rd minute when Clements corner was headed down into Campbell who kept his composure to slot it into the back of the net.

The intensity began to step up in the second half when an excellent piece of play led to Campbell winning a penalty in the 58th minute, he then stepped up to calmly finish his penalty to put the Robins into the lead. 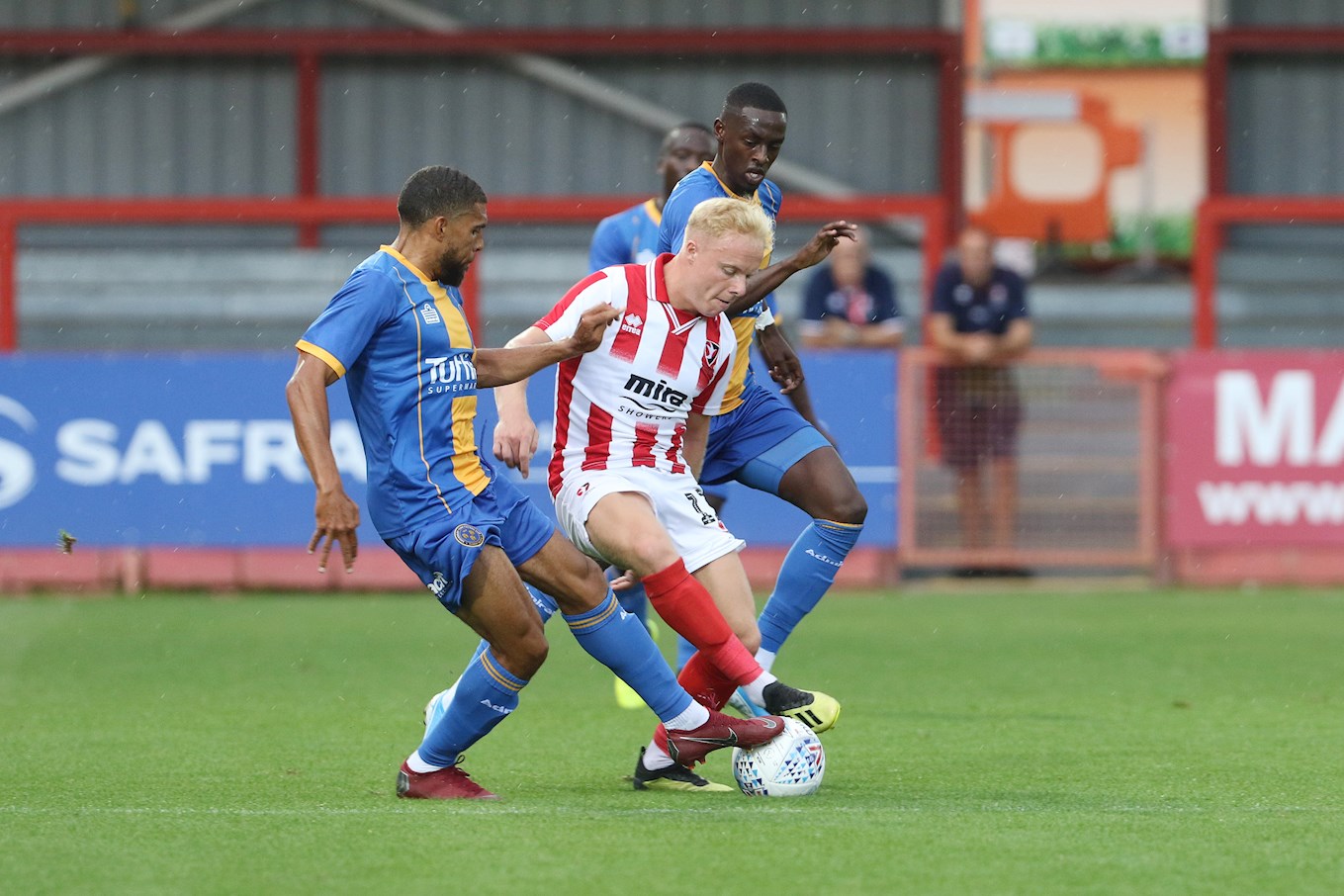 Cheletnham continued to have their chances as Clements saw his free-kick narrowly fly over the bar.

The visitors responded well though stepping up the pressure looking for an equaliser.

Cheltenham defended well managing to keep their opponents out, until the 79th minute, when they were caught out on the counter attack by Eisa who found the bottom corner of the net to earn his side a draw.

Tickets for Tuesday night's pre-season friendly with Shrewsbury Town at the Jonny-Rocks Stadium are available to buy online.

Sam Ricketts side make the trip to Cheltenham for a 7.45pm kick-off on Tuesday evening.

The match is the Robins second home pre-season game after Saturday's clash with Premier League side Leicester City, which saw the Foxes come out on top in a 2-1 win courtesy of goals from Jamie Vardy and Marc Albrighton.

You can buy tickets online for the match here.

They are also available to buy on the turnstiles on the night, as well as from the ticket office when it opens on Tuesday.