The Robins start a new year looking to make it a positive one with a short trip across the Severn Bridge to last season's beaten League Two play-off finalists Newport.

Michael Duff's men make the journey boosted by a terrific run of away form. His team are ten unbeaten on the road and ended Northampton's recent winning home run with a 1-1 draw on Sunday.

In what is the first League meeting between the two clubs this season, Wednesday's challenge is a tricky one but will be a good test to begin 2020.

Alex Addai is unavailable as he starts his three game ban for his sending off at Northampton. Tahvon Campbell is likely to be involved again after the forward returned from injury off the bench against the Cobblers.

Rhys Lovett is back after illness but Luke Varney, Reuben Reid and Jonte Smith remain out. 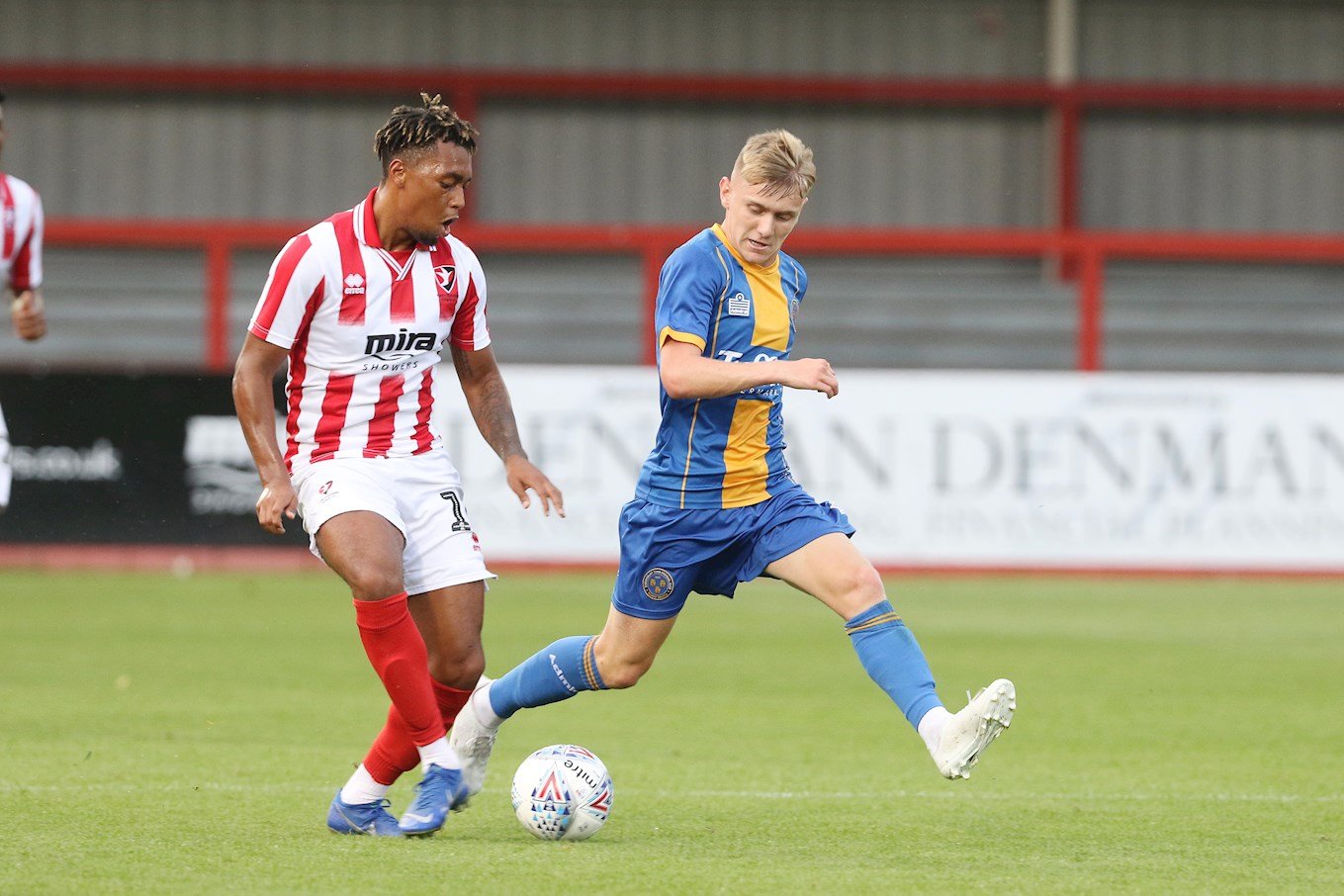 Wednesday's opponents are without a win in League Two since a mid-October victory over Scunthorpe United. They have recorded wins in the Leasing.com Trophy and FA Cup since then - with a third round trip to Millwall on the horizon three days after their game with Cheltenham.

Despite not winning in the league in nine games they find themselves 13th and nine points adrift of the play-off places. They finished in the play-offs last season, beating Mansfield Town in the semi-finals to secure a Wembley trip but couldn't quite make the final step up to League One, losing out against Tranmere Rovers.

Once again Padraig Amond is leading their scoring charts this season with 10 successful strikes for Michael Flynn's (pictured) side. The County manager, a former player at the club, has helped turn Newport into a team battling against the drop to one who have enjoyed success in the division but most notably in FA Cup competitions in recent times.

His side features Tom King in goal. He'll be looking forward to returning to his former club Millwall in a few days time with a defensive set-up that features the likes of Danny McNamara, who is himself on loan from Millwall, Mickey Demetriou and former Cheltenham loanee Ryan Inniss.

Further up the pitch in midfield both Joss Labadie and Scot Bennett are reliable members of their squad. 24-year-old Josh Sheehan is another who provides plenty of legs, while the experienced Matt Dolan and Bristol City loanee George Nurse are options in their midfield department too.

Up top Amond is a key figurehead but the presence of Jamille Matt is also imposing at the head of their attack. 20-year-old Tristan Abrahams is on their books while ex-Leeds United man Dominic Poleon is another they can turn to when looking to make an impact in the final third.

The home side collected three points when Chris Hussey was unfortunate to score into his own net. 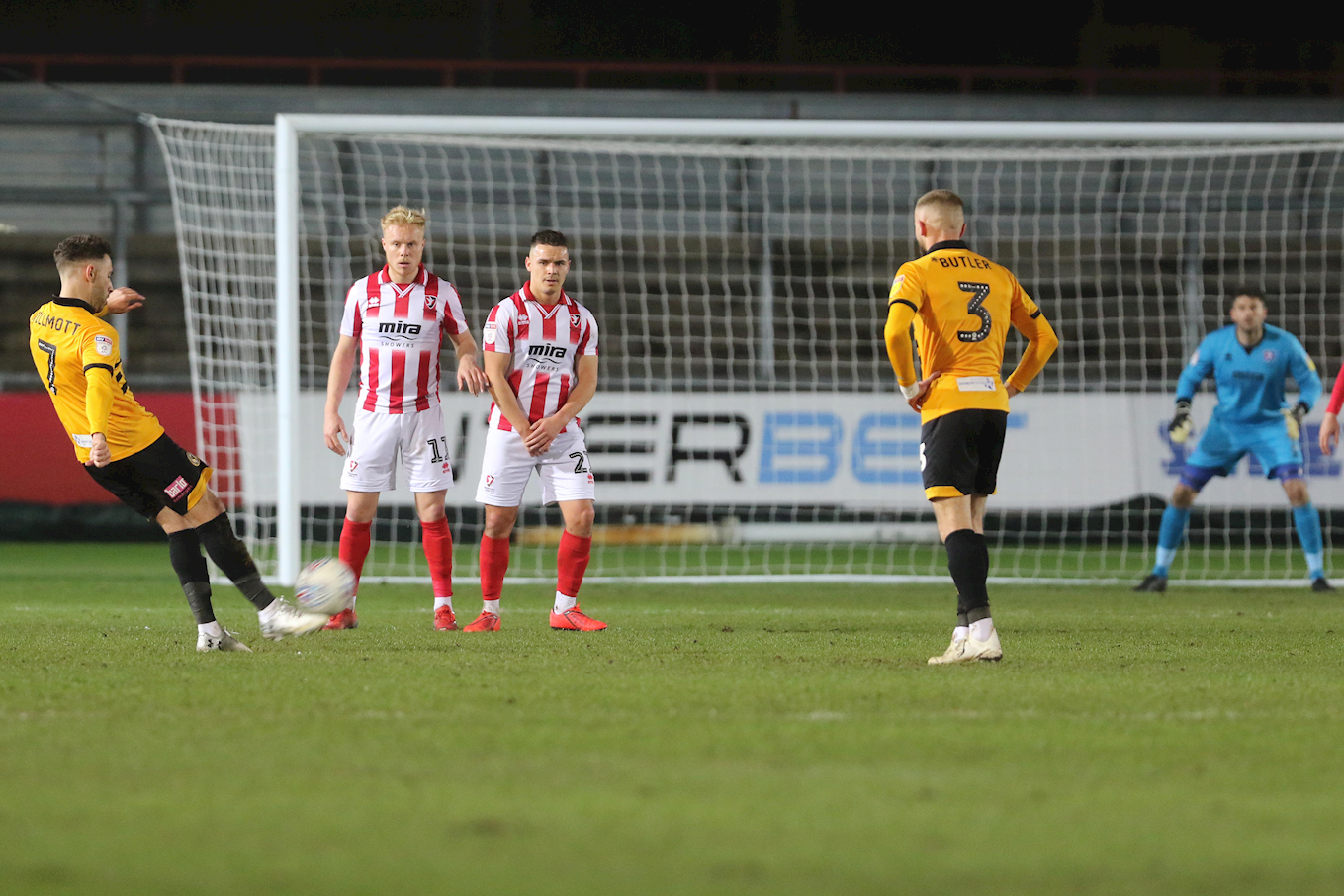 In response the Robins almost levelled when Will Boyle saw his header just drop the wrong side of the post, while Jamille Matt spurned a big opportunity for County when one-on-one with Scott Flinders.

Cheltenham's hopes of getting something from the game became harder with 15 minutes to go when Will Boyle was red carded. His ban would be overturned days later but it left the Welsh side in command and they went onto secure victory.

Watch the highlights from the game below:

Tickets are available to buy on the day at Newport. Prices for entry are:

Supporters booked on the Travel Club coaches are advised that they leave from the Jonny-Rocks Stadium at 11.30am.

Follow @CTFCofficial on Twitter for updates throughout the day and the latest on the match. You can also check out goal and score updates on the club's Facebook page.

The match is being streamed live on iFollow. A match pass is available for £10 if you want to watch the game at home or on the go.

After the full time whistle visit the club website to read a match report and to see reaction from manager Michael Duff.

Highlights will be available online via the club website too, as well as on the CTFC YouTube channel.

Operating as a midfielder to allow Will Boyle into the side, he hammered in a Chris Hussey cross against his former side to help the Robins make it 11 unbeaten away from home.

Tristan Abrahams early second half goal had put Newport a goal up, but in a mostly frustrating second half Michael Duff's side's patience told when Tozer ensured his team's away record continued in south Wales.

It was a decent Cheltenham start as Boyle and Tahvon Campbell came into the side, with Sean Long seeing his shot on 15 minutes blocked well by Ryan Haynes when it broke to him on the edge of the box.

Another important block from the hosts saw Campbell denied by Mickey Demetriou after he had burst into the box following a Jacob Greaves pass in behind.

The first Newport chance came on 27 minutes when Jamille Matt saw his half-volley bounce wide, while a Cheltenham wall stood firm when Josh Sheehan attempted to hook a free kick over it from 30-yards on the half hour mark.

Cheltenham turned defence into attack to present Campbell with another chance in the Newport box that was deflected away for a corner, as Newport came the closest they had been to finding a way through shortly before half time.

Former Cheltenham loanee Joss Labadie's shot looked to be heading in, only to be blocked by his own player, and his follow up from a much narrower angle was blocked well by Scott Flinders for his only save of the half.

It would take a quick and cleverly taken corner to put the home side ahead. Sheehan picked up a short corner and drove a firm low ball towards the near post where Abrahams forced in.

There was little initial response from the Robins, and it was Matt who spurned a good opportunity for Newport just past the hour mark when he headed George Nurse's lofty cross straight at Flinders as the home side looked for a second.

Matt's flicked on header from a long throw then fell to Abrahams but he couldn't keep his effort down.

Shortly after Greaves saw a low left-footed shot saved by Tom King but Cheltenham were struggling to create chances, with substitutes Max Sheaf and Gavin Reilly introduced for the final ten minutes.

The equaliser would come though when on 86 minutes a Conor Thomas ball reached Chris Hussey, and he calmly laid a short cross on a plate for Tozer who hammered in.

Reilly had a chance in stoppage time to try and earn three points when he got in down the left but saw his shot saved by King.

Tickets and away travel for Cheltenham Town's first match of 2020 at Newport County's Rodney Parade are on sale from the ticket office.

Michael Duff's side's first match of the new decade takes the Robins over the Severn Bridge to south Wales.

It'll be the first League Two meeting between the clubs this season having already met once in the Leasing.com Trophy at the Jonny-Rocks Stadium.

The Travel Club coach going to the game leaves from the Jonny-Rocks Stadium at 11.30am.

Fans can also book away travel for the match at Northampton Town on Sunday 28 December from the ticket office.