The difficult games keep on coming for Cheltenham Town in League Two with a Northampton Town side just a point behind the Robins next up on Sunday (kick-off: 3pm).

Cheltenham see out 2019 and the decade with a journey to the PTS Academy Stadium to face a Cobblers outfit who have been on a fantastic run of home form of late.

It'll be a strong test of Michael Duff's charges credentials on the road, having been impressive on their travels this season. The team are unbeaten away from home since the beginning of September.

Aiming to end what has been a brilliant and progressive year for the club, the target is to pick up another positive result on Sunday to finish 2019 on a high.

Luke Varney has returned to training but won't be expected to feature at Northampton after knee surgery.

Goalkeeper Rhys Lovett may be back involved after a recent bout of illness. Jonté Smith will however be unavailable due to illness.

Tahvon Campbell is back fit though currently lacks playing time.

The summer of 2019 was a big one for recruitment at Northampton as experienced boss Keith Curle (pictured) aims to help the Cobblers find a way back into the third tier.

The former England centre back, who had a playing career that featured spells at Man City, Wolves and Sheffield United, is an experienced manager at this level having also been in charge at Carlisle United, Notts County and Mansfield Town as well as working as an assistant to Neil Warnock at QPR and Crystal Palace.

His side boasts one of the best home records in the division having taken 22 points from 11 games at the PTS Academy Stadium this term. They head into Sunday's clash looking for a seventh straight home win in all competitions, their last a 1-0 success over Forest Green.

Currently 9th in League Two, they're a point behind Cheltenham who occupy the last play-off spot having played a game more than Michael Duff's side. 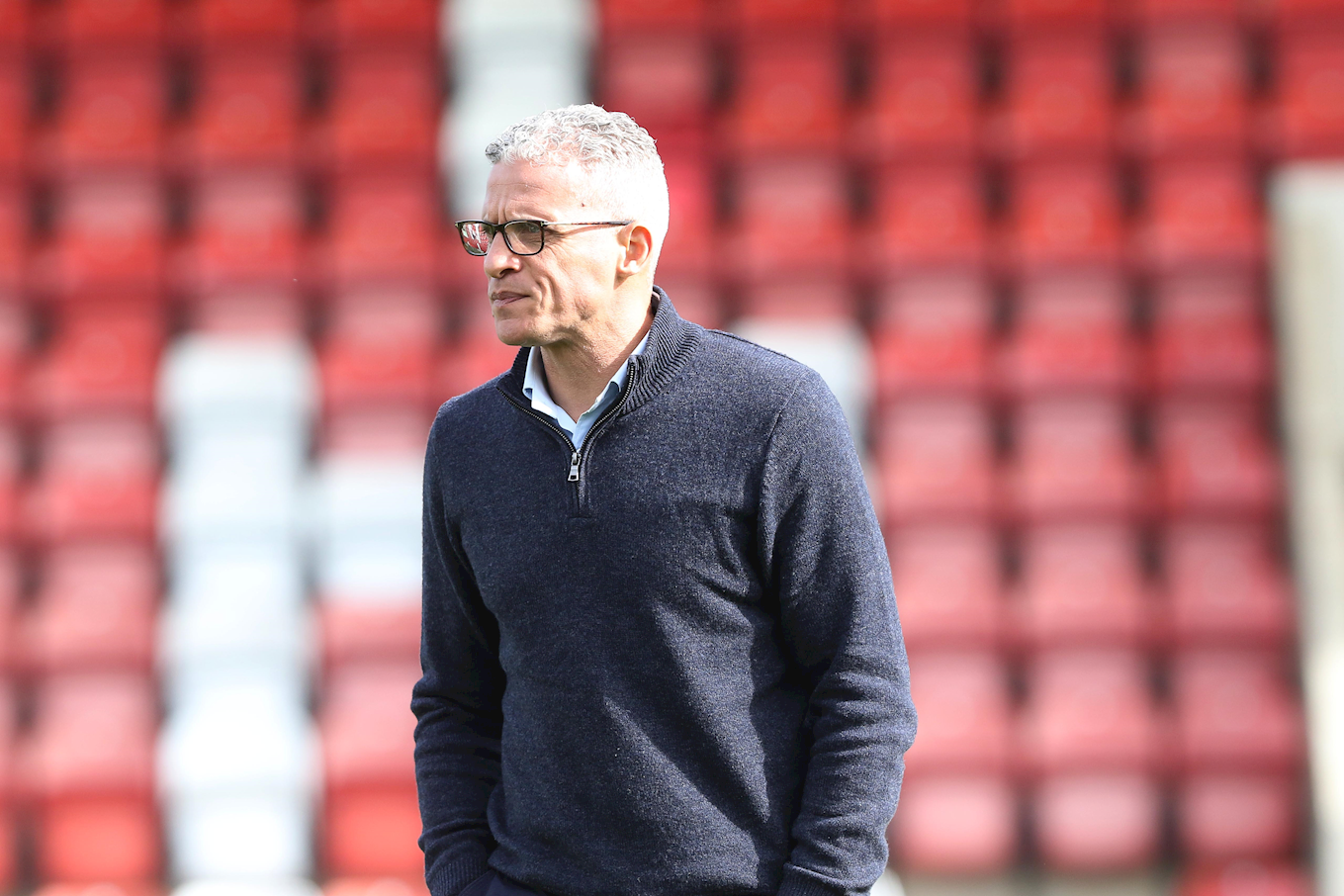 Imposing goalkeeper Steve Arnold was back in their starting XI at Crawley in place of Welshman David Cornell who was on the bench and could return to their starting line-up.

Their midfield boasts the likes of Nicky Adams, a promotion winner at this level last season with Bury, ex-Bristol Rovers skipper Chris Lines and former MK Dons man Ryan Watson. The highly experienced Alan McCormack, who can name Swindon Town and Preston North End among his old employers, brings knowhow to the spine of their team.

Up top the nimble Sam Hoskins is one to keep a watch out for. Former Cheltenham academy youngster Andy Williams offers bags of Football League experience, and the 28-year-old Vadaine Oliver lined up for Morecambe at this level last season.

You have to go back to September 2018 for the last time Cheltenham travelled to the Cobblers at the start of last season's League Two campaign.

Under the caretaker management of Russell Milton, he managed to guide the Robins to a second win of the campaign thanks to two second half goals.

Will Boyle put Cheltenham in front in the first half however Northampton drew level when Kevin van Veen equalised with a penalty. 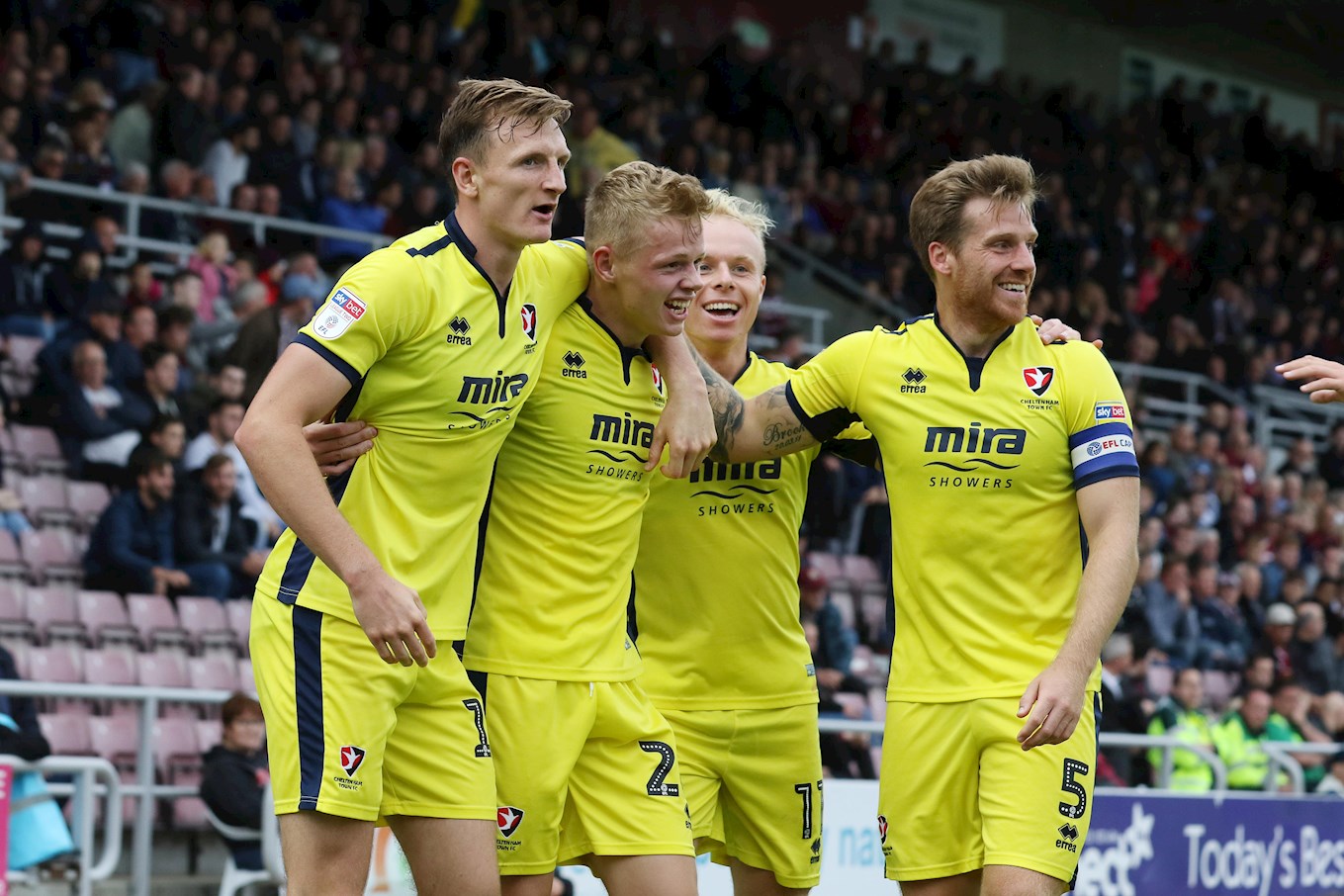 Another penalty would see the Robins restore their lead. Conor Thomas kept his cool from the spot to make it 2-1.

And it was 3-1 and game over in the last ten minutes when Kelsey Mooney finished inside the box to wrap up victory.

Tickets are available to purchase on the day of the game. Prices on a matchday at Northampton are as follows:

Cheltenham supporters who have booked on the Travel Club coach are reminded it leaves from the Jonny-Rocks Stadium at 11am.

Keep up to date with how events unfold by following @CTFCofficial on Twitter. Twitter is the best way to keep an eye on the match with regular updates, while there will also be score updates available on the club's Facebook page.

It's possible to listen to full match commentary on iFollow by purchasing a match pass.

After the game visit the club website to read a match report and to see reaction from Michael Duff and those inside the camp to the full time result.

Highlights will also be available on the club website on Monday, as well as on the club's YouTube channel.

Cheltenham Town ended the decade as they started it – with a 1-1 draw on the road.

It's almost ten years ago to the day that then manager Mark Yates took his side to Bradford City and returned with a share of the spoils thanks to Justin Richard's second half penalty.

There have been many ups and downs in between but there is no doubt that the club is in very good hands under the current boss as the club moves into an exciting new era.

They had plenty of defending to do at the PTS Acdemy Stadium but they held out with real resolve to deny the Cobblers who have been impressive at home this season, winning six on the bounce.

Thomas handed the Robins a perfect start, slotting home from the penalty spot as early as the second minute – just as he did here at the same end last season.

But the hosts levelled the contest before the break, Jordan Turnbull with the goal.

Duff made a trio of changes. In came Conor Thomas, Max Sheaf and George Lloyd for Chris Clements, Alex Addai and Gavin Reilly. All three dropped to the bench. Duff had told the media before the match that Reilly had not travelled with the squad and had returned to his parent club Bristol Rovers after five months on loan at the club.

Lloyd was pressed into the lone strike role supported by Ryan Broom and Sheaf and caused plenty of problems in the opening exchanges, paying dividends when the young striker played a decisive role in the early goal.

He had been set on his way in only the second minute, forcing defender Jordan Turnbull into a poor challenge inside the box to leave the referee with no option than to point to the spot and hand Cheltenham an early penalty. Thomas sent David Cornell the wrong way with a cool low finish to notch his fourth goal of the season.

Andy Williams should have pulled his wide level in the 10th minute but he pulled his effort across goal a wide from a golden position wile at the other end, Lloyd went close to reaching Broom's fine delivery from the right.

There was a setback when Jake Doyle-Hayes was forced off shortly after the half-hour mark, having taken a blow to the face, and was replaced by Rohan Ince in midfield.

Keith Curle's side pulled level seven minutes before the interval through Turnbull. Nicky Adams called Flinders into a diving stop with a 20 yard free-kick, but Vadaine Oliver was quickest to react to the loose ball and pulled it back into the path of the centre half who stabbed home from close range.

The home side found their rhythm after the break and fashioned a string of good chances to take the lead but Cheltenham defended really well to merit their point.

Flinders was called into a fine save to push away a brilliant effort by Ryan Watson on the hour as the home side enjoyed their best spell of the game.

Next Andy Williams hit the right post after he'd collected a a loose ball by Ince 20 yards from goal. Sam Hoskins then tried a clever effort from the angle but Flinders was alive to the smart effort.

Vadaine Oliver saw an effort easily gathered by the Cheltenham number one 20 minutes from time while Hoskins saw a well-struck drive last past the left upright moments later.

Tahvon Campbell was handed 10 minutes to make an impact from the bench, replacing Lloyd, but the final chance fell to Williams who tried his luck with an acrobatic effort but it flashed a foot over the target.

The game ended with a red card for Addai, who was given his marching orders for an incident involving Cobblers defender and captain Charlie Goode.

Supporters wishing to show their support for the Robins on the road one final time in 2019 can buy tickets and away travel for the match at Northampton Town from the ticket office.

Michael Duff's Cheltenham side see out 2019 with a visit to Northampton Town's PTS Academy Stadium on Sunday 29 December.

Kick-off against the Cobblers is at 3pm in what is the first meeting with Northampton in League Two this season.

The coach leaves from the Jonny-Rocks Stadium at 11am.