Boxing Day football comes to the Jonny-Rocks Stadium on Thursday when Plymouth Argyle are the visitors (kick-off: 3pm).

It's a big test for Michael Duff's Cheltenham side who see out 2019 at home ahead of Sunday's final match of the calendar year at Northampton.

Plymouth boast an excellent squad at this level and will have one eye on earning promotion back into League One at the first attempt this season.

It's the second meeting between the two clubs this season. Back in September a 2-0 win down at Home Park was a noteworthy away showing for Duff's charges who will be pushed to the max again on Boxing Day in front of a healthy home attendance.

Tickets for the match are available to buy online and will also be available on the day on the turnstiles in home areas.

Reuben Reid misses out against his former club, as does Luke Varney who is continuing his rehabilitation after knee surgery.

Conor Thomas has returned to fitness as a late substitute in the draw at Port Vale, with Josh Debayo also gaining minutes in the same game having come back into contention following surgery. He could line up at left wing back with Ryan Broom having filled in there at Vale.

Watch Michael Duff looking ahead to the match:

It's a busy period for the team around the festive period. Watch the most recent action from training ahead of Plymouth's visit:

The off field problems at Macclesfield Town meant that Boxing Day's opponents game at Moss Rose was postponed last time out. They've not played since an FA Cup second round replay defeat to Bristol Rovers and haven't had a League Two game since Saturday 14 December when they earned a 3-0 win over Morecambe.

They'll come into the game at the Jonny-Rocks Stadium fresh and ready with the vocal support of a big away following.

Their boss, Ryan Lowe, knows all too well what it takes to lead a team to promotion at this level having achieved the feat with Bury last season ahead of their demise before they took their place in this season's League One line-up.

He made the long move south to lead a Plymouth team who have used the loan market to bolster their goalkeeping department this term with the 23-year-old Alex Palmer their man to rely on with the gloves. 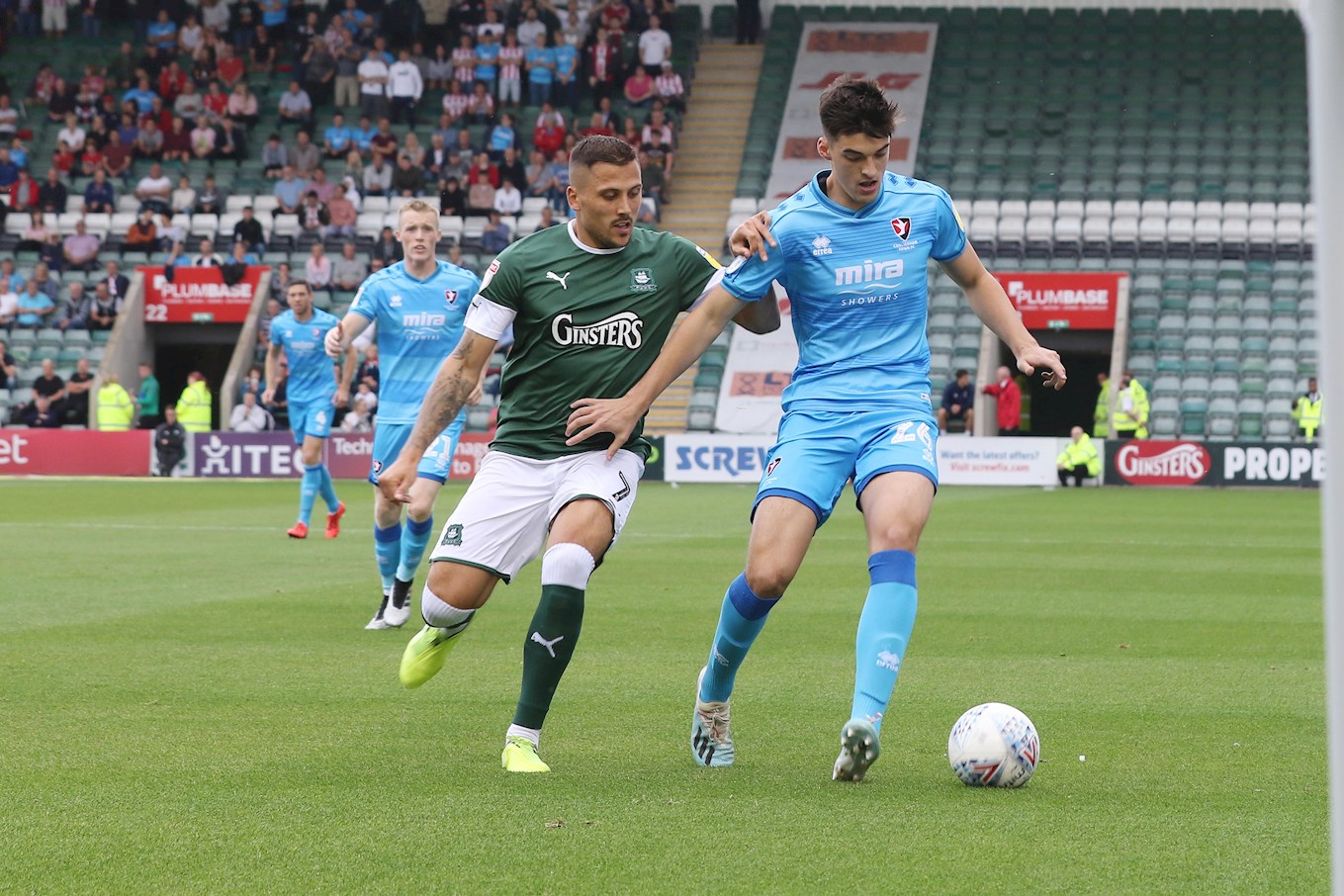 In front of him their defensive set-up features the likes of Leeds United man Scott Wootton, Chelsea loanee Josh Grant and the highly experienced Gary Sawyer.

In midfield they're guided by the dangerous Danny Mayor, with Gloucester born Joe Edwards and former Crewe man George Cooper, while Jamaica international Joel Grant is a threat going forward.

Their striking options include ex-Ipswich Town front man Billy Clarke, while Dom Telford, who won promotion in Lowe's Bury team last season, offers plenty of energy at the highest point of the pitch. Ryan Taylor has a more sizeable presence that can be called upon if necessary.

They've been better at home this season than on their travels, however as they hover just outside of the play-off places only four points behind the Robins they'll make the journey up the M5 desperate to claw themselves into the promotion spots as they reach the end of 2019.

Earlier on this season

Luke Varney and a Will Aimson own goal helped Cheltenham to three points and made it four unbeaten at Home Park earlier in the season.

A crowd of 8,956 watched as after hitting the crossbar early on through Chris Hussey, Varney headed in the games first goal with a well-taken effort from Sean Long's good cross from the right. 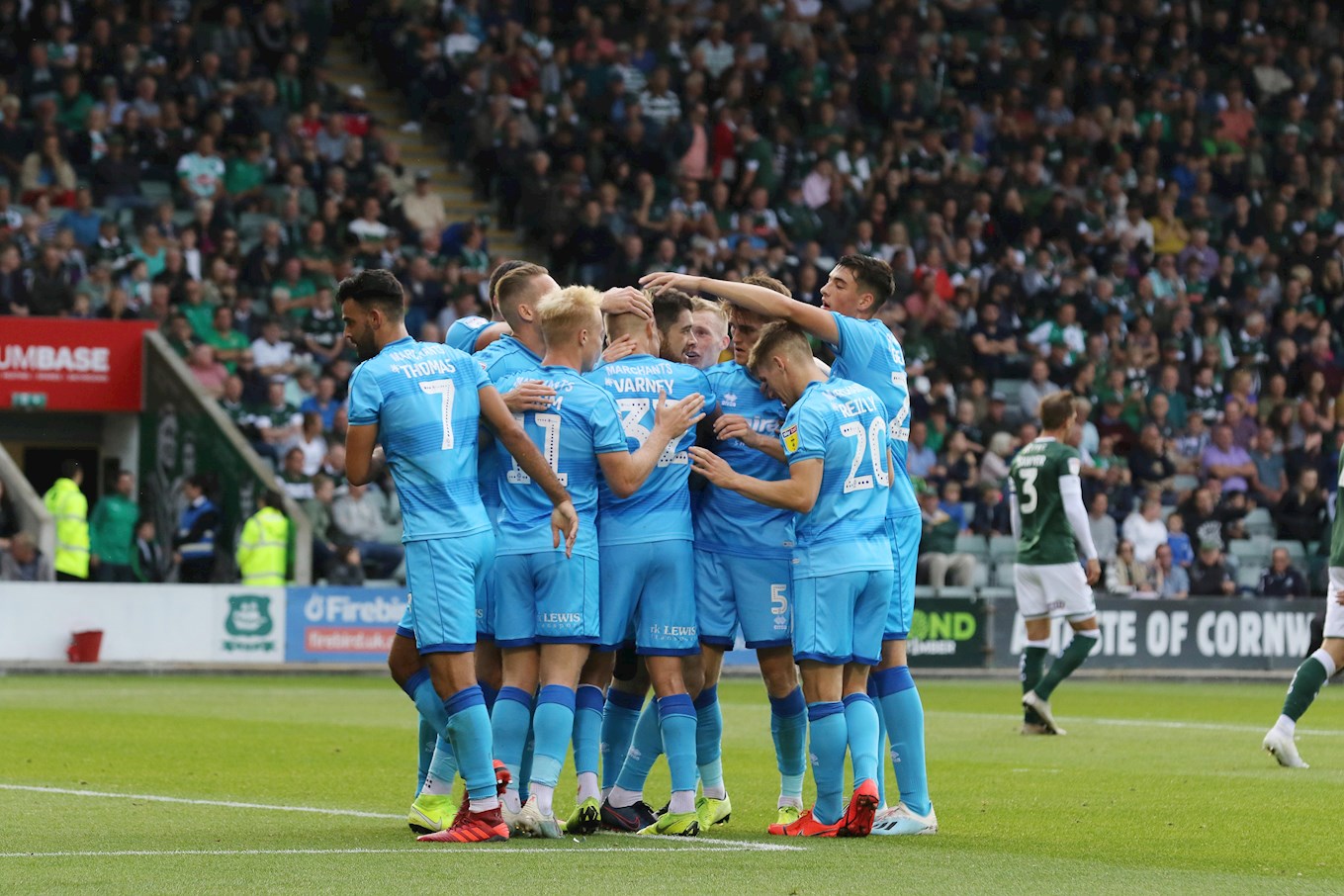 After the break Plymouth were up and at it in their search for an equaliser. However they couldn't find a way through and right at the death a quick counter-attack saw Alex Addai feed a ball into Ryan Broom and he lifted an effort towards goal that deflected in off Aimson to seal victory.

Watch the highlights from that game back in September below:

The ticket office is open from midday for fans wanting to buy tickets and away travel for upcoming away matches at Northampton and Newport County and for ticket collections.

Turnstiles open at 1.30pm with tickets available to buy on the gate. Seating in the Colin Farmer Stand is severely limited, though there is seating available in the Autovillage Stand. There are spaces in the standing areas in the Paddock, Tunnel and Speedy Skips Stand. You can buy online in advance of the game.

Pick up your copy of the match programme by purchasing from the club shop or from a number of outlets around the stadium.

The big interview is with midfield man Chris Clements as he looks back at the Mansfield Town side he earned promotion with earlier in his career and how it compares to this current Cheltenham side.

There's also an interview with captain Ben Tozer as he gets set to take on his hometown club plus features with Josh Debayo and Ryan Broom.

You can also read an interview with Ladies boss Alex Cheal, the pre-match thoughts of manager Michael Duff and chairman Andy Wilcox, plus lots more focused on the day's opposition and looking back at the Robins 2019. 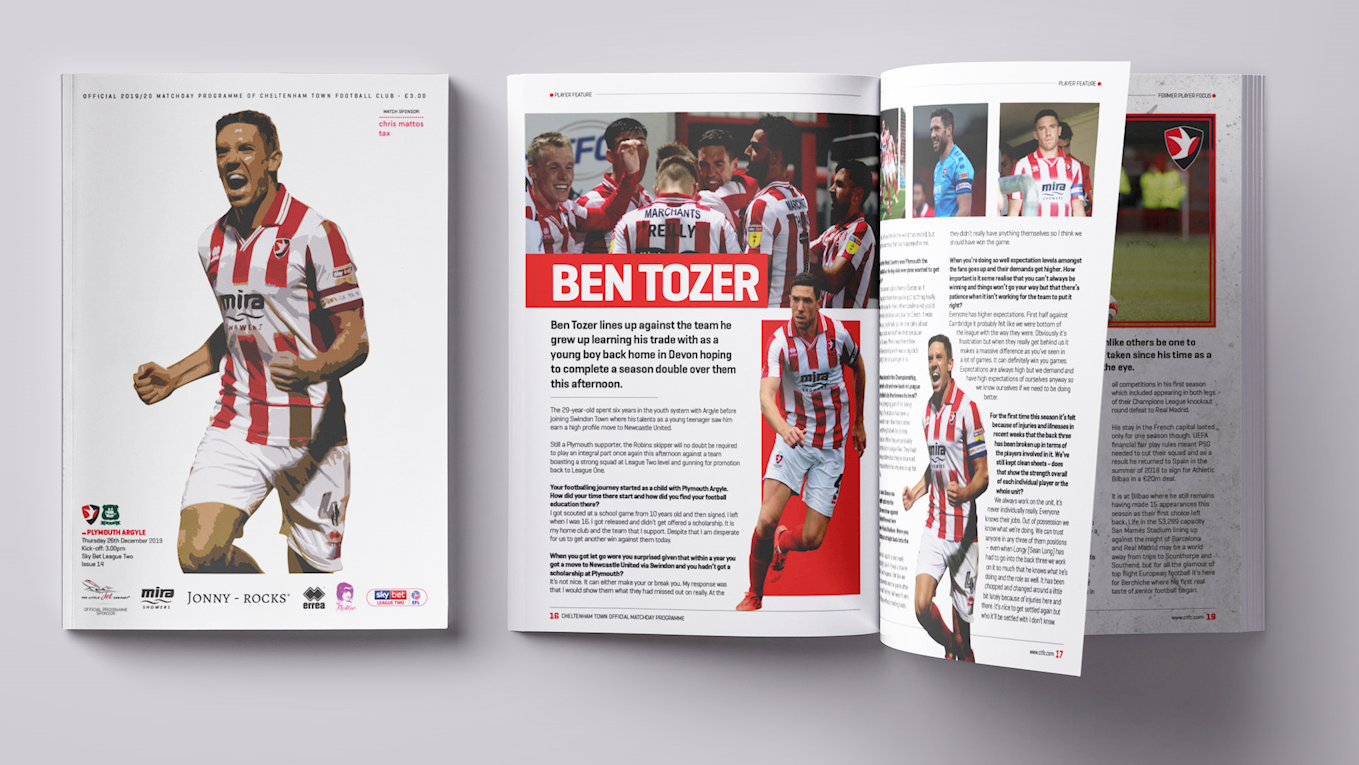 Check out @CTFCofficial on Twitter for updates and team news. The club's Facebook page will also have score updates during the game.

You can watch the game by tuning in on iFollow and by purchasing a match pass for £10.

Following the full time whistle log onto the club website to read the match report and watch reaction from inside the camp to the result.

Cheltenham Town signed off from a memorable year at the Jonny-Rocks Stadium with a narrow defeat by Plymouth Argyle, only their third at home in the past 12 months.

The Devon side join Forest Green Rovers and Tranmere Rovers in the trio of teams to leave Whaddon Road with all the points, thanks to a first half goal by Argyle's exciting young striker Zak Rudden.

The Robins had their chances and ended the game in the ascedancy but they couldn't find a breakthrough. They remain seventh in the table this evening ahead of Sunday's final match of the year at Northampton Town's Sixfields ground (3pm kick-off).

Duff made a single change to the side that returned from Port Vale with a point last weekend with Chris Hussey returning after a hip injury, meaning Max Sheaf dropped to the bench for this one.

Argyle were the better of the two sides in the opening 45 minutes and created the lion's share of chances.

Billy Clarke clipped the bar with an early dipping volley and Zak Rudden called Scott Flinders into a low save by the mid-way of the first half. Then Rudden was a whisker away from connecting with Antoni Sarcevic's ball from the right while Danny Mayor curled one a foot past the target.

At the other end, Clements pushed a 20 yarder wide of the right post and volleyed another one the wrong side of the left upright.

But the visitors led with 33 minutes played following a good move down the left. George Cooper lifted a great ball to the far post where Sarcevic was on hand to prod it back across goal, leaving Rudden the simple task of nudging the ball over the line from close range.

There was a chance for Alex Addai, but he couldn't reach a low cross by Sean Long with the interval approaching.

The Robins made a positive start to the second half and enjoyed plenty of possession in the final third although goalkeeper Alex Palmer wasn't really tested. Flinders was sharp to hold Rudden's deflected cross, which had lifted off Ben Tozer's knee on the hour.

George Lloyd (for Gavin Reilly), Max Sheaf (Addai) and Will Boyle (Clements) were pressed into action in the second half which was largely stifled by Plymouth, who defended manfully to restrict Duff's side.

But there were late chances. First Chris Hussey saw a free-kick narrowly deflected over and Sean Long went so close to heading an equaliser from the resulting corner. Charlie Raglan also was denied, meeting Chris Hussey's ball from the right with a form downward header but Palmer dropped on the effort.

Supporters are being urged to buy in advance of the match on Thursday 26 December which kicks off at 3pm.

The ticket office is open on Monday 23 December between 10am and 3pm for supporters wishing to buy in person or to call in to book.

Supporters can also buy tickets online at any time ahead of Thursday.

On the day fans are being asked to leave extra time for getting to the Jonny-Rocks Stadium with a large crowd expected for the visit of Argyle in what is the second meeting between the two clubs this season.