Cheltenham Town tasted defeat in their final game of the 2018/19 season at Stevenage as two second half goals ensured the hosts took three points at the Lamex Stadium despite a first half Scott Flinders penalty save.

Two goals from Joe Martin and Jordan Gibson in as many minutes sealed the victory despite Flinders’ stop to deny Kurtis Guthrie’s spot-kick as the Robins finished the season 16th place in the Sky Bet League Two table.

Michael Duff made one change to the team that beat Swindon in the club’s final home fixture at the Jonny-Rocks Stadium last week as Chris Cements came in to start after penning a contract extension with the Robins, replacing Billy Waters.

After a tight opening ten minutes, Duff’s side won a corner and with Boro camped inside their own six yard box, Clements’ pass to the edge of the penalty area found Maddox in space – but his sot was headed clear by Scott Cuthbert.

The hosts then broke forward and after losing a 50/50 challenge with Kurtis Guthrie, Ben Tozer clumsily fouled the forward inside the penalty area but the former Forest Green and Colchester forward saw his penalty well saved by Scott Flinders.

The Robins keepers’ save was greeted by a big cheer from the travelling contingent in the away end, as the 32-year-old celebrated his new contract with the club by keeping the scores level.

A lovely flick then played Emmanuel Sonupe through on the wide left, but his shot squirmed wide from a tight angle.

Joe Martin’s teasing delivery from the same flank was then nearly turned in by Sonupe, but he missed the ball from a few yards out as the hosts came very close – they came closer again five minutes later.

Guthrie ran through after Tozer failed to control the ball and was one on one with Flinders unopposed but this time missed the target altogether as his chipped shot was lifted onto the roof of the net.

Cheltenham then managed their first shot on target as Maddox found Kevin Dawson with a through pass although home stopper Paul Farman saved well with his legs to keep it out.

Having weathered a storm of pressure from the hosts, some neat and patient play from the visitors allowed Varney to strike an effort wide from the corner of the box before Charlie Raglan’s header was held by Farman before half-time.

The second half started with the ever present Guthrie heading Ilias Chair’s corner into the side netting at the North Stand end, which is under construction.

Martin then headed a deep cross down towards the back post but Flinders was alert to smoother it before the hosts made their next chance count.

Chair’s corner was swung in towards the back post and Ben Nugent headed back across the face of goal before Martin this time turned the ball into the net, squeezing it over the line from close range.

The Robins were then caught out two minutes later in the 58th minute as Gibson broke free and smashed the ball past Flinders and into the top corner.

The action withered out along with the sun at the Lamex, as Conor Thomas side-footed a long-range shot over the bar after a lay-off from substitute Alex Addai.

But that was the last meaningful action as Cheltenham secured their highest finish since returning to the EFL in 2016 despite a loss against Boro.

Tickets and away travel for the Robins final remaining game this season at Stevenage are available to buy from the ticket office.

Michael Duff's side head to the Lamex Stadium on Saturday for the final outing of the campaign, with kick-off in Hertfordshire at 3pm.

Ticket prices for Saturday's match are:

The Travel Club coach making the trip leaves from the Jonny-Rocks Stadium at 10.45am.

Buy your tickets and away travel from the CTFC ticket office when it's open on a Tuesday, Thursday and Friday between 10am and 3pm. You can buy in person at the stadium or by ringing 01242 573558 (option 1).

If you're visiting or calling the ticket office you can also purchase a season ticket for the club's 2019/20 League Two campaign. Adult prices have been cut, there's a new category for 16 to 22 year olds and under-16s receive a free shirt as part of their season ticket. Get your season ticket by clicking here. 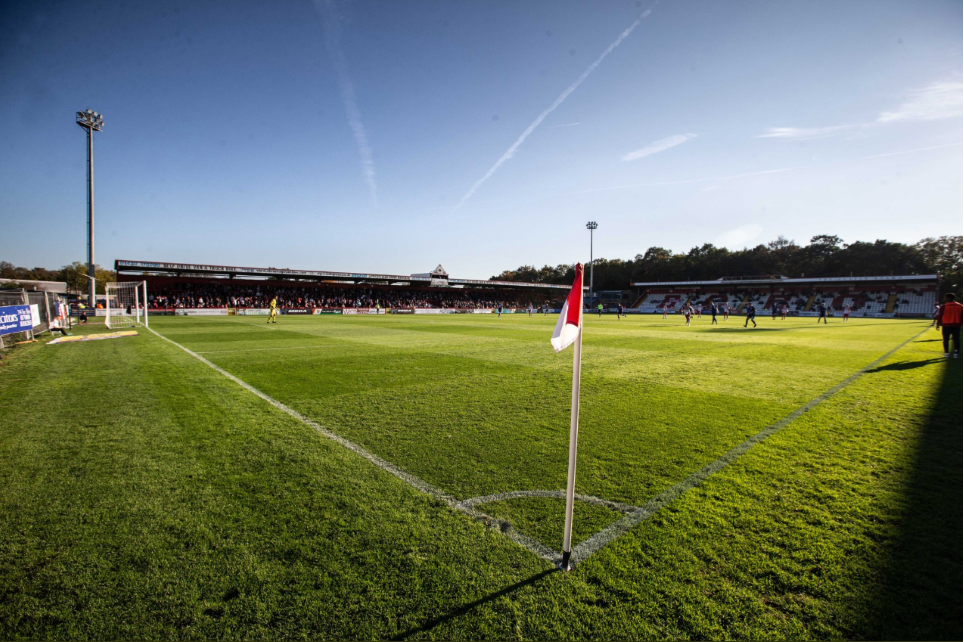 
Tickets and away travel for Cheltenham's final fixture of the 2018/19 League Two season at Stevenage are on sale at the ticket office.