Former Crewe Alexandra duo Billy Waters and Luke Varney returned to their former club and helped Cheltenham Town to a fantastic away victory at Gresty Road.

The duo struck in the second half to help Michael Duff's side turn around a first half deficit after Aaron Taylor-Sinclair had put Crewe in front.

Kevin Dawson's shot just before half time gave the Robins a lifeline going into half time, and after Crewe saw George Ray handed a red card early in the second half, it was Cheltenham who took the initiative, going on to win away from home for the first time since New Year's Day.

The home side had created little but were the first to strike when Taylor-Sinclair finished well on 34 minutes. Theywon the ball in the Cheltenham box and the Motherwell loanee finished impressively from a wide angle.

Crewe had their tails up after the goal and Chris Porter was close to knocking in Ryan Wintle's driven cross, while former Republic of Ireland international Paul Green saw his dug out effort saved by Scott Flinders.

The Robins first half efforts were rewarded on the stroke of half time when Dawson drew his side level.

Ryan Broom's pass into his path fed the Irishman, who kept his cool to finish calmly from the edge of the area. 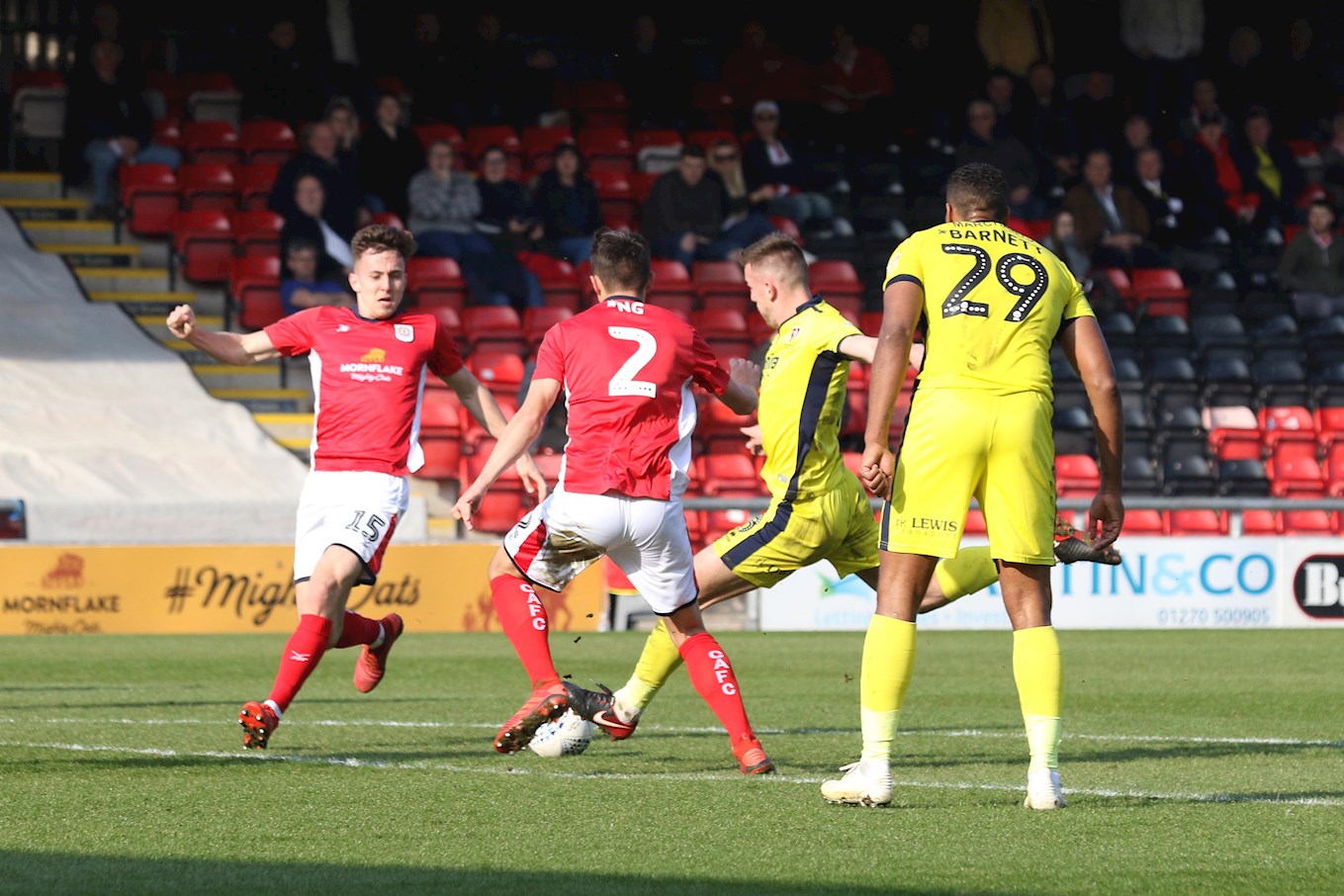 After the break Ben Tozer was required to block well from Jordan Bowery's attempt, but a lively start to the second half saw the home side reduced to ten men.

Ray picked up his second yellow card of the afternoon for a late challenge on Jordan Tillson, and David Artell's side were forced to play out the remainder of the game a man down.

Cheltenham then had the ball in the back of the net minutes later. Varney's finish was ruled out by the linesmans flag however after Hussey's shot from distance had been pushed into a dangerous area by Garratt.

Both teams turned to their bench to make changes, and it turned out to be one of the Robins changes that would go onto make the difference.

Waters rose highest when the chance presented itself to head in a Hussey delivery with a finely taken header. 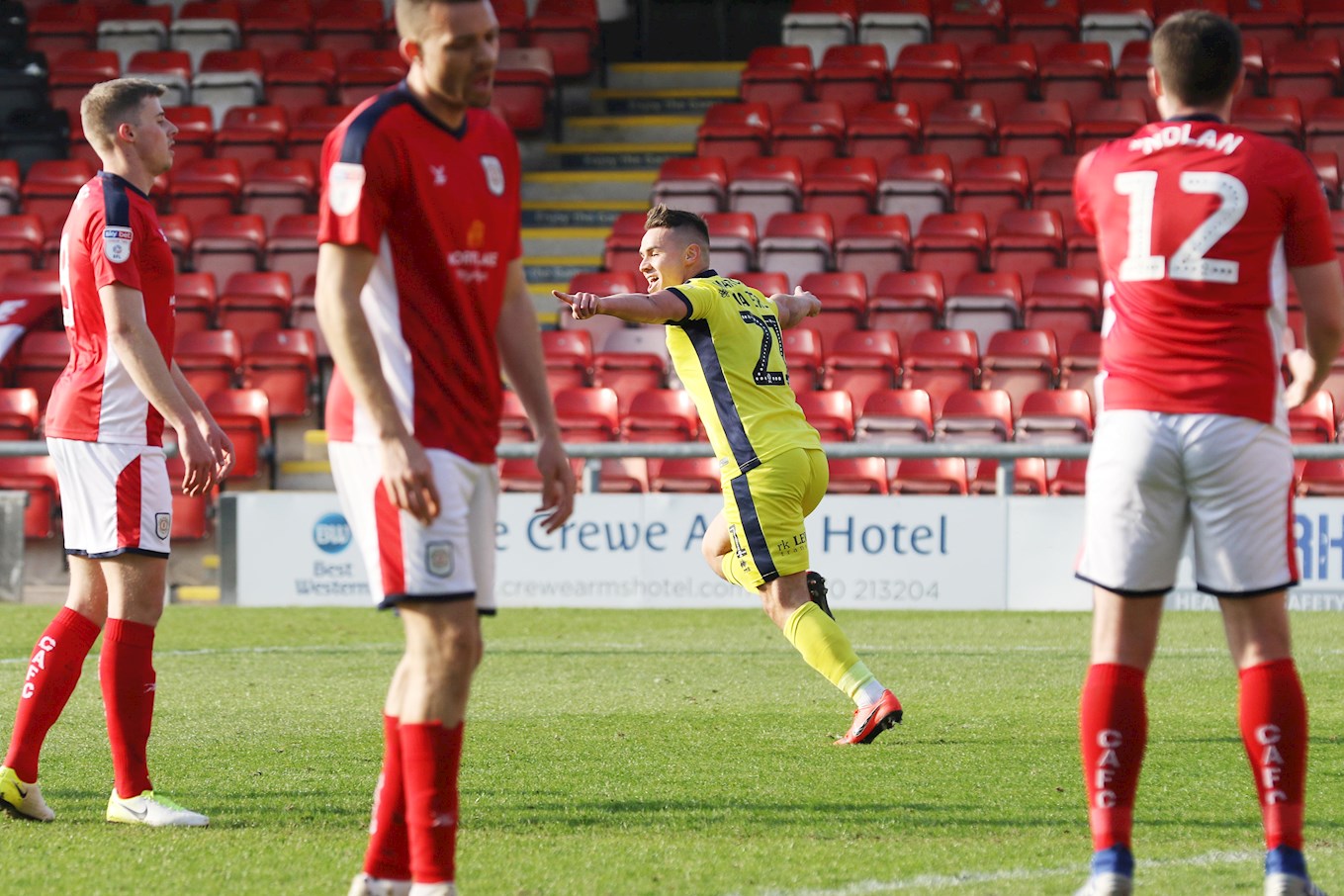 It got even better for Cheltenham when Varney netted a third to seal the win.

A Crewe corner was successfully cleared and a superb counter-attack saw the ball fed into Varney, who fired in with a sublime strike to confirm all three points.

Tickets and away travel are available to buy from the ticket office for Cheltenham’s upcoming League Two away match at Crewe Alexandra.

The Robins head to Cheshire on Saturday 30 March for the final fixture of the month. Kick-off is at 3pm.

Despite a 4-1 FA Cup win there in 2016, the club haven’t won a league match at Crewe since April 2010, and Michael Duff will be looking for his side to clinch a much needed victory on the road when the club make the trip.

Tickets for the match are priced at: