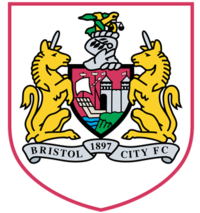 Cheltenham Town stepped up preparations for the new Sky Bet League Two campaign with a battling performance against an impressive Bristol City outfit at the home of Weston-super-Mare.

Boss Gary Johnson used the encounter – dubbed the Johnson Cup against son Lee’s EFL Championship City side - as another opportunity to give his new-look squad valuable game time with less than a month until the big kick-off.

Eight new signings – including new recruit Joshua Debayo – started the fixture and the display, in particular the way his team battled back, will have given Johnson plenty to consider as pre-season continues.

Bristol City showed just why they are being tipped by so many to push for promotion to the Premier League this year as they took a 4-1 half-time lead at the Woddspring Stadium.

Cheltenham, though, kept going and were rewarded just before the interval with an own goal via the unfortunate Eros Pisano before Will Dawes scored with a steered second half strike.

On a sweltering summer night on the coast, it was a slick City side who struck first with a sweeping move on five minutes ending with winger Hakeeb Adelakun drilling a low cross for Taylor to turn home from close range.

Cheltenham clicked into gear in the 11th minute with a fine passage of football saw Mo Eisa turn in midfield and feed Alex Addai who showed all his raw pace down the right wing before drilling in a low cross.

The ball evaded Eisa but found its way to Ryan Broom at the back post who saw a low goalbound effort cleared away by Marlon Pack when it seemed destined to nestle in the bottom corner.

Rhys Lovett denied Eliasson with a smart stop at his near post and then bettered it minutes later when he dived full length to deny Josh Brownhill's rising shot.

Johnson's side threatened again with striker Eisa the man to fashion a chance from nothing as he worked a yard of space before flashing a drive wide of Frank Fielding's post.

City went further clear with two goals in three minutes from the lively Eliasson before the pick of the first half goals from defender Webster with an unstoppable drive into the top left hand corner.

The Robins, though, did hit back just before the break with an own goal as the ball found the corner of the net after a sliced clearance from Pisano.

Lloyd was influential in the second Cheltenham goal as his fine run down the left wing was picked out and he turned inside before his cross was headed clear only to Dawes who produced a quality steered finish into the bottom corner of the net.

Cheltenham were enjoying their best passage of the game on the hour mark with a series of corners and crosses for the reshaped City backline to deal with as Brian Graham offered a real physical presence up top.

And Lloyd almost grabbed a late third with his right wing cross clattering off the woodwork with the substitute City goalkeeper racing back to his line.

Supporters are advised that tickets are on sale NOW for Cheltenham Town’s pre-season friendly with Bristol City.

The fixture will be played on Tuesday, (July 10) at Weston-super-Mare’s Woodspring Stadium (kick-off 7.30pm).

A total of 3,167 unreserved tickets are available – a mixture of seating and standing – which includes 14 pairs of wheelchair and carer tickets.

Fans are advised that Bristol City will be selling tickets for both sets of supporters prior to the fixture.

Tickets for this fixture will go off sale on Tuesday (July 10) at 4pm. Any remaining tickets will be sent to Weston-super-Mare to be sold on the day.

For anyone booking their tickets online with Bristol City, they will be required to create an account and then visit the ‘Football Away’ tab.

Bristol City offer postage (£1) and collection (free) for these tickets. After Friday (July 6) at 12noon postage will no longer be an option.

Any tickets selected for collection - and not collected from Ashton Gate Stadium by 5pm on Tuesday (July 10) - will be available for collection from the Woodspring Stadium.