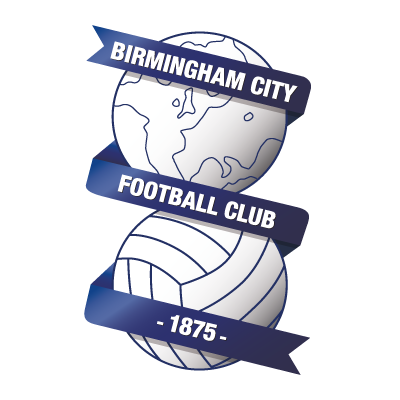 Cheltenham Town continued preparations for the new league season with defeat to an impressive Birmingham City side at the Jonny-Rocks Stadium.

Blues took a first half lead through Charlie Lakin, who neatly tucked home from close range after a deflected shot ran into his path.

The visitors extended their lead just after the break when Bez Lubala headed home a corner from close range.

And the final word went to Senegal international Chiek N'Doye who slotted home a late penalty to seal the win for the visitors.

The new-look Robins held their shape well under early examination from a youthful Blues outfit, with N’Doye eager to get on the ball and control the pace after his World Cup exploits.

It was Blues created the first meaningful chance of the game when striker Viv Soloman tricked his way into the penalty area and flashed a shot across the six-yard box.

At the other end, Kalvin Kalala worked a free kick with a clever spin on halfway before Alex Addai was taken down on the right wing and Joshua Debayo fired in a set piece that was collected by Connal Trueman in the away goal.

Good handling from the fit-again Scott Flinders saw him get right behind a shot on the turn from Soloman, after good work down the right by Bez Lubala for Blues.

Addai continued to look a real threat wide right, as he broke past one defender, after latching onto a sweeping cross field ball from Conor Thomas, before firing in a low cross that was turned away for a corner.

Blues, however, took the lead on 26 minutes with a slice of good fortune as Steve Seddon's initial effort was well blocked by Will Boyle, but the ball ran kindly into the path of Lakin who prodded the ball under Flinders.

The Robins looked to respond with a free kick from Debayo causing real confusion and N'Doye finally cleared the ball from under his feet from six yards out.

Then lovely strength and quick feet from Nigel Atangana saw him ride a challenge in midfield before he fed Addai who again whipped over a dangerous cross before the break.

Blues extended their lead six minutes after the break when Lubala got to a corner before Flinders and it bounced off him and rolled over the line.

Flinders was at his very best just a few minutes later, though, as he flung himself to his right to brilliantly push aside a drilled shot from Steve Seddon.

Blues had the ball in the net when O'Keefe turned the ball home, after Lakin's volley was parried away, but the offside flag cut short any away celebrations.

Kalala twisted and turned inside the Birmingham box and skipped past one or two before seeing his goalbound effort deflected over for a corner.

Gary Johnson made four changes to freshen up his Robins for the final 15 minutes.

Ben Tozer and Tom Smith both flashed shots over the bar in the final stages as the home side looked to mount a spirited finale to no avail.

But it was Blues that struck late as a minute from time Atangana was adjudged to have fouled McFarlane and N'Doye sent Flinders the wrong way from the spot.

Home supporters are advised that tickets for Saturday’s pre-season friendly with Birmingham City at the Jonny-Rocks Stadium (kick-off 3pm) will be available right up until kick-off.

Robins will be able to buy tickets in person from the Ticket Office on matchday from 12noon, with limited seating available for fans wishing to pay by card on the day. Collections will also be open from 12noon.

Tickets prices for each game for home fans are:

Supporters are advised that the Colin Farmer Stand, Autovillage Main Stand and Paddock/Tunnel areas will be open for home fans for these fixtures.

Supporters are also advised that seating is unreserved for this game and fans can sit where they wish in their designated areas.

The away end is ALL TICKET and in advance. There will be no pay on the gate for this fixture for away fans.

Fans collecting pre-paid tickets are asked to arrive early to avoid any queues and to enable easy access into the Jonny-Rocks Stadium.

Fans are reminded that access to the Robins Nest bar on matchdays is on a first come, first served basis and if the bar reaches capacity there will be no further admittance. Please arrive early to avoid any disappointment.

All fans are reminded that all pyrotechnics are banned from being taken into the stadium. Anyone found trying to do so will be ejected and arrested.

We look forward to welcoming you to the Jonny-Rocks Stadium!


Supporters are advised that tickets are on sale NOW for our big two home pre-season fixtures ahead of the new Sky Bet League Two season.