The Robins embark on their longest journey of the season on Saturday with a trip to Cumbria to take on Carlisle United (kick-off: 3pm).

It’s a 476-mile all-round trip for the fans and Michael Duff’s side who are looking to bounce back from the frustration of last weekend’s second half performance against Tranmere Rovers.

Ahead at the interval against play-off chasing Tranmere, a disappointing second 45 minutes proved costly, so it’s a new opportunity on Saturday to kick-start another good run of form in what will prove to be a tricky challenge against a Carlisle outfit under new management and currently positioned in the play-off positions.

The Robins have been good on the road this season and will be hoping to come away from the long journey north with even more points to add to the League Two table.

New signing Charlie Raglan could be in line to make his debut after joining the club from Oxford United. George Lloyd and Liam McAlinden’s loans to Hereford and Kidderminster Harriers respectively mean they’ll be in action elsewhere.

Sean Long, Nigel Atangana and Manny Duku miss out through injury though club captain Johnny Mullins is edging closer to fitness. Defensive colleague Will Boyle is however unavailable because of injury.

Positioned sixth and in the League Two play-off places, Carlisle have recently been without a manager since the departure of John Sheridan to Chesterfield, though they have appointed former Scotland international Steven Pressley in the role this week.

This weekend will be Pressley’s first game in charge – his third spell in charge of an English club having also previously been at Coventry and Fleetwood Town – and his first club back in the UK after a spell managing in the Cypriot First Division with Pafos.

He has taken over a team that includes plenty of quality and experience at this level from the front to the back of the pitch.

Their goals have been shared between the likes of Hallam Hope and Jamie Devitt, while Ashley Nadesan’s eight strikes have also proved handy – though the front man has now returned to Fleetwood after his loan spell at Brunton Park came to an end.

Ex-Cardiff City defender Anthony Gerrard, left back Danny Grainger and one time Bristol Rovers centre back Tom Parkes provide plenty of steel at the back. In midfield former Man City wide man Kelvin Etuhu has just agreed a new deal there, while up and coming 17-year-old Liam McCarron is one to keep an eye out for.

Heading into this weekend they will be looking to bounce back from a 3-0 defeat on the road last time out at Northampton. Prior to that they had been one of the division most in form sides, winning six consecutive league games – a run that included victories over Colchester and Mansfield – as well as a 6-0 home drubbing of Oldham Athletic.

Games between Saturday’s opponents and Cheltenham date back to the 1930s when the two clubs first clashed in the FA Cup. The Robins came out on top that day in December 1933 and progressed to play Blackpool in the next round.

In the Football League the Robins have won six encounters, as well as another FA Cup victory. Carlisle have picked up all three points in nine meetings – including the last three consecutive clashes – while there have also been eight draws between the two.

It’s the second time this season the teams have faced each other. They first came up against one another in the opening month of the season when Carlisle collected all the points at the Jonny-Rocks Stadium with a 1-0 victory courtesy of Richie Bennett’s first half goal.

The Robins have never won a League game at Carlisle – with the only victory at Brunton Park coming in that first FA Cup meeting nearly 90 years ago.

Tickets will be available to purchase on the day. Take a look at Carlisle’s ticket prices online here.

Supporters who have booked on the coach taking fans to the game are advised that it will leave the Jonny-Rocks Stadium at 8.30am.

Listen to full match commentary through iFollow by checking out ctfc.com/ifollow.

It's another huge encounter this coming Saturday for the Robins when Macclesfield Town are the visitors.

Kick-off is at 3pm as Michael Duff's side look to bounce back from last weekend's 2-0 loss at Carlisle United.

Macclesfield are two points behind Cheltenham heading into the weekend having played a game more since their promotion from the National League last term.

Tickets are available to buy in advance online here, or from the ticket office on Tuesday, Thursday and Friday between 10am and 3pm. Call 01242 573558 (option 1) to purchase over the phone or visit the ticket office in person.

You can also pay on the day at the turnstiles. For prices click here.

Saturday's match is one of three big games in the club's League Two campaign with upcoming home clashes with Cambridge United and Yeovil Town to come in the next fortnight too.

Get behind the Robins and play your part at the Jonny-Rocks Stadium.

Keep an eye on the website and club's social media channels for the build up to Saturday's fixture. 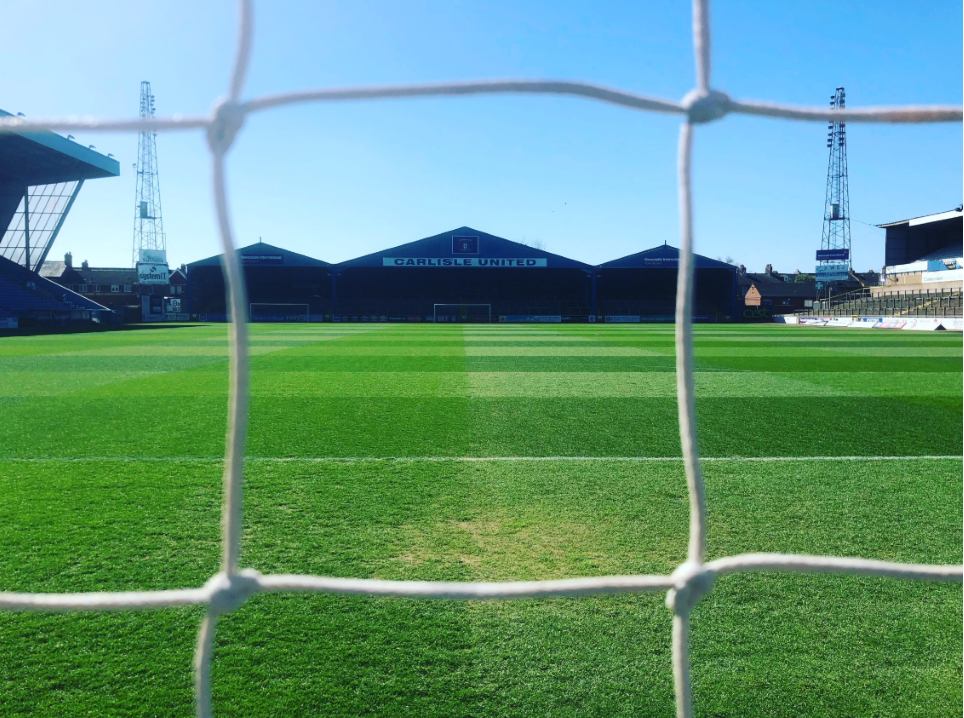 
The Robins are next in action this coming Saturday with the longest journey of the season and a trip to take on Carlisle United at Brunton Park.