The Robins will be aiming to secure a confidence boosting win over Crawley – after beating them twice last season in the league.

Crawley finished 14th, eight points and three places above the Robins last season, and have not won in four previous visits to Whaddon Road.

Crawley boss Harry Kewell admits ‘anything other than a loss is a bonus’ ahead of the trip to Cheltenham.

Kewell watched his Reds lose twice last season to Gary Johnson’s men – including a 5-3 thriller at home - and he believes the Robins will provide a stern test on the opening day.

He said: “We lost twice to Cheltenham last year so hopefully we don’t do that again. Anything other than a loss is a bonus for us so we’ll go there and it’s going to be a difficult game.”

“They’re going to be a difficult team to beat this year as they’ve made some good signings.”

“Every team wants to get off to a winning start but unfortunately not everyone can,” he added.

Cheltenham team news: Full back Chris Hussey will miss the game due to suspension and as he continues his rehabilitation from minor groin surgery.

Crawley team news: Apart from Jimmy Smith (knee), the Reds travelled to Gloucestershire on Friday with a fully fit squad.

Sheffield based referee Thomas Bramall – who handed out 42 yellow cards and four red card in 18 games last season - will take charge of the league game at the Jonny-Rocks Stadium. He will be assisted by Ronald Ganfield, Thomas Harty and fourth official Mark Griffiths.

You can buy online by clicking HERE

On matchday a limited number of seats will be available from the Ticket Office from 12noon for those supporters who wish to pay by card.

Tickets will be available for fans paying with cash at the turnstiles from 1.30pm.

We look forward to welcoming you to the Jonny-Rocks Stadium this Saturday!

After a goalless first half, Crawley’s dominant second half display was rewarded after a corner was cleverly guided home by forward Ollie Palmer.

The Robins had a brilliant chance to get a point from the opening day when Kalvin Kalala was awarded a penalty after being brought down by defender Romain Vincelot, but substitute Kevin Dawson’s spot-kick rattled the crossbar.

Crawley started the game well and should have gone ahead when Dominic Poleon found himself one-on-one within five minutes, but Robins keeper Scott Flinders rushed out to deny the away side taking an early lead.

However, the Robins did respond well with one of the eight players making their debut for the club, Jacob Maddox, finding space just outside the eighteen-yard-box but his shot flew well over Crawley keeper Glenn Morris’ goal.

Crawley created the more dangerous chances during the first forty-five with Danny Bulman and Jack Payne both forcing Scott Flinders into making very good saves to keep the contest level.

Cheltenham’s best chance of the half came when new recruit Alex Addai weaved in from the left to slip through Manny Duku just outside the penalty area with the goal at his mercy, but Morris did well to stick out a leg to deny Gary Johnson’s men taking the lead against the run of play.

Ben Tozer’s long throws were a constant theme throughout the game for Cheltenham and one created havoc in the Crawley Town penalty area with keeper Morris colliding with his centre-backs jumping for the ball, but defender Will Boyle couldn’t capitalise on the opportunity.

As the first half drew to a close, both teams had good chances to give themselves a boost going into the second period.

Crawley striker Poleon had another excellent chance to put the away team ahead when a bouncing ball put him through on goal with Flinders, but the Cheltenham number one took the striker out before he could get a shot away – taking a booking for his troubles.

The final attack of the half saw the Robins come very close to taking the lead after a cross from the right flew past everyone in the area barring Manny Duku at the back-post, but the attacker couldn’t quite stretch himself to get on the end of it.

At the beginning of the second half, Cheltenham picked up from where they left off as Manny Duku latched onto a poor header back from defender Romain Vincelot which sent the Dutchman clean through with Morris – however his effort trickled wide of the right post.

Crawley soon picked up the tempo they’d established earlier in the game and made their dominance pay from a set-piece.

A good block from Robins centre-half Will Boyle denied Poleon another shot on goal which resulted in a corner and Morais’ delivery found the head of forward Ollie Palmer who, after escaping his marker’s grasp, guided a header in off the post with Scott Flinders left helpless on the line.

Cheltenham had an excellent opportunity to respond after quick feet by substitute Kalvin Kalala saw him brought down the forward and referee Thomas Bramall had no hesitation pointing to the spot for a Cheltenham penalty.

Substitute Kevin Dawson immediately grabbed the ball and placed it on the spot, but his effort towards the top corner unfortunately clipped the crossbar and went over.

Fans are advised that tickets for today’s Sky Bet League Two encounter with Crawley Town at the Jonny-Rocks Stadium (kick-off 3pm) will be available right up until kick-off.

A limited number of seats will be available from the Ticket Office from 12noon for those supporters who wish to pay by card.

Tickets will be available for fans paying with cash at the turnstiles from 1.30pm.

We look forward to welcoming you to the Jonny-Rocks Stadium! 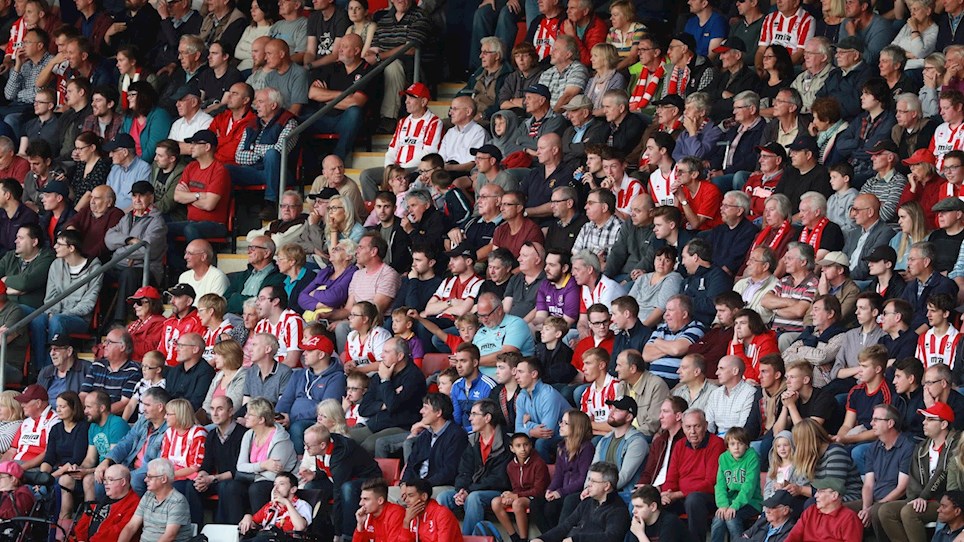 Tickets: Join us for the opening day of the season!