The Robins will be backed by just under 1,000 fans in the fixture as Gary Johnson’s men look to build on a battling 0-0 draw against Cambridge United in midweek.

Forest Green Rovers have been in good form to climb up the league table to 20th spot in recent weeks with just one defeat in six games, that coming in a 3-2 defeat to Chesterfield on Tuesday night.

Forest Green manager Mark Cooper insists the ‘El Glosico’ – as it has been dubbed – is just another game as his team prepares to welcome Cheltenham Town.

"We've only played in the Checkatrade, which we won and played really well.

“It wasn't a big crowd so I haven't really experienced that real competitive edge yet in terms of on the terraces but I'm sure we'll see that on Saturday.

"I don't get into the mind games. It doesn't help us win a game, it doesn't help Cheltenham win a game. If people outside of Forest Green want to build that up then great.”

Cheltenham team news: Striker Brian Graham and midfielder Carl Winchester will be assessed ahead of the derby. Graham missed the midweek clash with Cambridge through illness while Winchester was replaced as a precaution with a tight calf. Midfielder Kevin Dawson is eligible to return after a three-game suspension. Jordan Cranston, Jaanai Gordon and Jordon Forster remain long-term injury casualties.

FGR team news: Forest Green’s appeal against defender Manny Monthe’s sending off a Chesterfield has been rejected so he misses the derby as he starts a three-game ban. Drissa Traore and Isaiah Osbourne both picked up knocks in the week so Mark Cooper may be forced to make changes to his side, having named the same starting XI for the last two games.

Poulton-based referee Scott Oldham – who has taken charge of 17 games this season and handed out 38 yellow cards and two red cards - will take charge of the league clash at the New Lawn. Oldham previously refereed Cheltenham’s opening game of the season against Crawley Town and loss to Port Vale in October. He will be assisted by Andrew Newbold, Nigel Smith and fourth official Ronald Ganfield.

Cheltenham fans are advised that our away allocation for this fixture has SOLD OUT.

This is an ALL TICKET match and therefore no tickets will be sold to Cheltenham Town fans on matchday in Nailsworth.

Striker Mo Eisa returned to scoring ways but Cheltenham Town were left to rue missed opportunities as they were held to a derby day draw with Forest Green Rovers in Sky Bet League Two.

Eisa returned to the starting line-up, after being rested in the midweek draw with Cambridge United, and netted six minutes before the break as he drilled a strike into the bottom corner

Home hitman Christian Doidge had given the hosts the lead early on with his 11th of the season after a defensive mix-up for the Robins.

However, the second half was all the visitors and only a superb one-handed save from man-of-the-match Brad Collins denied Eisa as Cheltenham dominated but could find no way through.

In bright autumnal sunshine, it was the Robins that made the brighter start as Harry Pell screwed a shot wide before Eisa cut inside and crashed in the box under pressure, with penalty appeals waved away.

And it was Forest Green that opened the scoring on eight minutes when a mistake at the back saw Doidge go clean through and he made no mistake as he buried the chance past a badly exposed Flinders.

The Robins looked to respond with Dawson skidding a header wide from a left wing cross and Grimes just failing to get enough connection on long diagonal from Taylor Moore.

Dawson and Eisa then broke the offside trap twice in quick succession, with the latter getting in down the right and crossing for Pell who side footed over the bar.

Forest Green threatened again when Laird's chipped ball fell to Doidge, but he could not quite bring the ball under his control before Flinders raced off his line and smothered the chance.

Both teams had a man booked, as Isiah Osbourne and Harry Pell went into the book of official Oldham, before Cheltenham took control of the game in final ten minutes of the half.

Home midfielder Drissa Traore got a cross field ball all wrong and passed straight to Wright who tested the handling of Collins with a snap shot from 25 yards.

But home stopper Collins could no nothing moments later when Eisa was played in and he fired a sweetly struck shot into the bottom right-hand corner.

Eisa was suddenly alive as he curled a shot inches wide, after cutting inside in the area, before gliding past his man and almost finding Wright with a fizzing low cross.

And just before the break more neat incisive play from Sellars saw him chip into the path of Pell who took aim from inside the penalty area and saw the shot beaten away by Collins.

Cheltenham continued to impose their game on Forest Green at the start of the second half and only a brilliant one-handed save from Collins stopped Eisa as he arrived at the back post.

Wright then almost profited at the back post from Pell's swirling ball before the striker found side netting after Dawson rolled him in.

Sellars was next to twice try his luck from range before chipping an intelligent ball in for Wright who arrived late but guided a header off target.

Wave after wave of visiting attacks rained down as Winchester cracked a fine rasping drive that Collins tipped over as it arrowed towards his goal.

The Robins were forced into a change, when Eisa went down after racing after a long ball and he was replaced by Storer.

Pell then curled just wide, after a scramble in the home penalty box, before a high ball in caused more panic and Forest Green hurriedly hacked a header off the line.

In a late twist the home side almost snatched the points when Bennett saw a low drive fly past the post in the eighth minute of injury time.

Tickets for our away derby with Forest Green Rovers will be available to buy AFTER today's fixture with Luton Town from the Ticket Office.

Fans are advised that this is an ALL TICKET match - no tickets will be sold to Cheltenham Town fans on matchday in Nailsworth.

Tickets are on sale on the following dates:

Tickets are on sale NOW

Tickets will go on sale to these groups from Thursday (November 9) at 10am until Saturday, November 11 at 3pm (kick-off for the Luton Town fixture)

Tickets will go on general sale from immediately after the Luton game. There will be no restriction on numbers sold at this time.

Wheelchair and ambulant disabled tickets can be bought by contacting our Ticket Office.

We will also be providing supporters coaches to Forest Green, that will leave at 12.30pm, with places available for the following price:

For further information call the Ticket Office at the LCI Rail Stadium on 01242 573558 (option 1) or email our Ticket Office Manager, Luke James, via tickets@ctfc.com 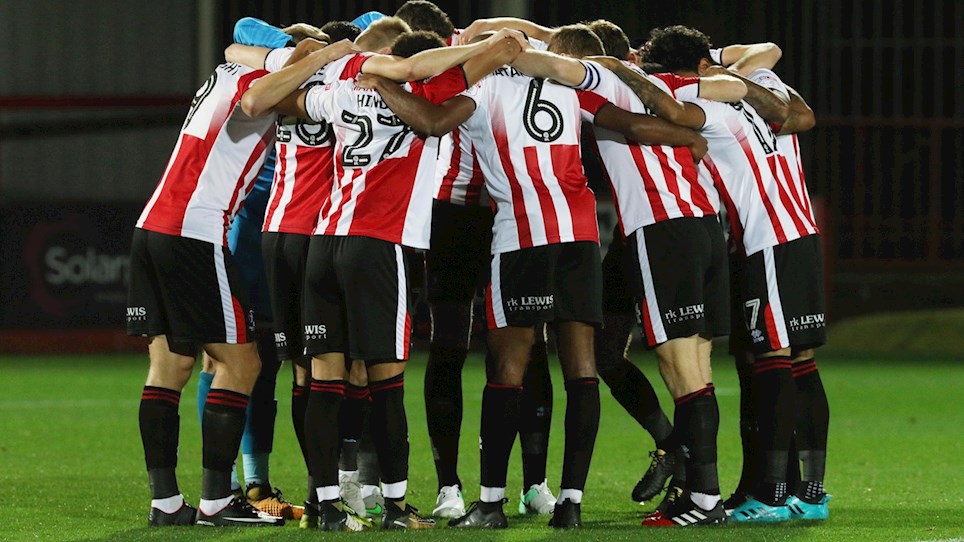