Cheltenham Town's poor recent record in the Emirates FA Cup continued as they suffered a disappointing home defeat to Maidstone United at the LCI Rail Stadium.

The Robins were rocked by three goals from the impressive National League visitors in the first half.

The Stones scored two in as many minutes as Delano Sam-Yorke flicked home a header before Joe Pigott outmuscled the defence and slotted home.

It went from bad to worse three minutes before the break when a long ball picked out Zavon Hines who lofted the ball into the net.

Kevin Dawson got a goal back just after the interval, but almost immediately Sam-Yorke grabbed his second to put Maidstone in command.

The two-goal frontman was later given a straight red-card after his crude tackle on Eisa before an unfortunate own goal from Alex Finney gave Cheltenham fresh hope.

However, a second red card of the game - this time to home midfielder Dawson - ended any fight-back as the Robins lost to lower league opposition in the cup for the fourth time in five seasons.

Manager Gary Johnson made two changes for the cup clash with Harry Pell and Kyle Storer returning to the starting line-up.

It was Maidstone, though, that started the better with Stuart Lewis seeing an early shot blocked by Cranston while the first corner of the game was hurriedly scrambled clear before Hines flashed a shot over the bar.

At the other end, Storer flicked a header back into the path of Mo Eisa, but he failed to connect with his shot, before the striker produced a neat turn and shot on the edge of the box but was off-target.

The Kent side looked a real threat from set pieces, as Lewis and Sam-Yorke both went close as the Robins struggled to clear balls into the six-yard box.

The National League side finally made territory count and opened the scoring on 19 minutes when Ofori-Twumasi floated a ball in from the right wing and Sam-Yorke flicked a header cleverly into the top corner.

Seconds later it went from bad to worse as Pigott outmuscled the home defence and prodded the ball under Flinders to stun the Robins.

Johnson made an immediate double change to try and spark his under-performing side into life, with Danny Wright and Will Boyle thrown on after half an hour.

Maidstone midfielder Lewis was then yellow carded for a late tackle in the middle of the park and Boyle saw his far post header saved by Lee Worgan.

Ofori-Twumasi became the second Maidstone man in referee Kevin Johnson's book, after leaving Eisa in a heap out wide. But the resulting swerving ball in from Cranston was headed clear as Brian Graham closed in.

The visitors then stunned Whaddon Road when they grabbed a third goal just before the break.

A long ball from Jai Reason took out the home defence and picked out Hines who flicked the ball over the advancing Flinders and into the net to spark wild away celebrations.

Cheltenham looked for an early goal in the second half with Eisa's cross finding Graham, but his goalbound header was saved and then flicked wide for a corner by Worgan.

The Robins did have a goal back on 53 minutes when Eisa again beat his man and swung over a tempting right wing cross that was headed home by a leaping Dawson.

But within a minute the three-goal lead was restored when Sam-Yorke broke a tackle on the edge of the box and his rifled shot found the far corner of the net.

Goalscorer Sam-Yorke, though, suddenly went from hero to villain when he was given a straight red card for a needless tackle on Eisa on the left wing.

With the extra man, the Robins hit back once more when Graham's header was saved but the the loose ball was then inadvertently turned into his own net by the unlucky Finney.

Harry Pell was denied by a superb flying save from Worgan as the home side looked to make full use of the numerical advantage.

Wright then flicked a header onto the roof of the net while Graham rose high to meet Cranston's tempting ball and flicked another home effort wide.

Cheltenham were then dealt a massive blow for any comeback aspirations when Dawson became the second man to be giving his marching orders, after a late tackle on goalkeeper Worgan.

In the dying minutes Eisa was denied at point blank range by a superb Worgan save before manager Johnson was sent to the stands as Cheltenham crashed out of the competition.

Supporters are advised you can buy tickets on the turnstiles for today's Emirates FA Cup clash with Maidstone United at the LCI Rail Stadium (kick-off 3pm).

Maidstone United supporters are reminded tickets in the Hazlewoods Stand are available from 1.30pm. Cash sales only will be from the turnstiles at the away end.

The Ticket Office will open from 12noon for collections and limited seating will also be available for fans wishing to pay by card.

All remaining seats will be available for cash purchasers on the turnstiles from 1.30pm.

Fans collecting pre-paid tickets are asked to arrive early to avoid the queues and to enable easy access into the stadium.

The car park is FULL for this fixture and no on day sales will take place. Those planning to park around the stadium are asked to park with consideration for local residents.

Supporters are reminded that access to the Robins Nest bar on matchdays is on a first come, first served basis and when the bar reaches capacity there will be no further admittance. Please arrive early to avoid any disappointment.

All fans are advised that all pyrotechnics are banned from being taken into the stadium. Anyone found trying to do so will be ejected from the stadium, arrested and will face a potential banning order.

We look forward to welcoming you all to the LCI Rail Stadium today! 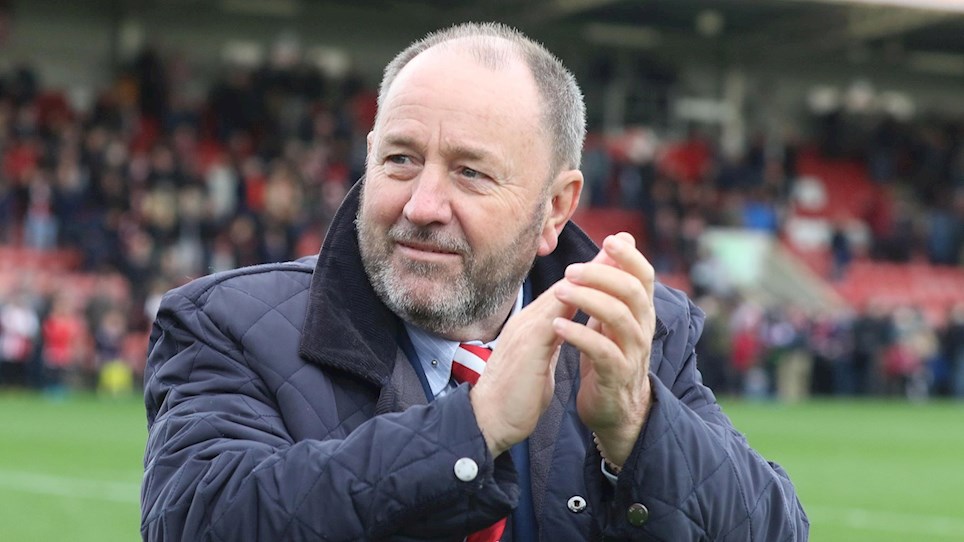 Gaffer: We have got to be up for the FA Cup!


Manager Gary Johnson admits the Robins have got to be ‘up for the cup’ – as they prepare to face Maidstone United in the Emirates FA Cup on Saturday afternoon (kick-off 3pm). 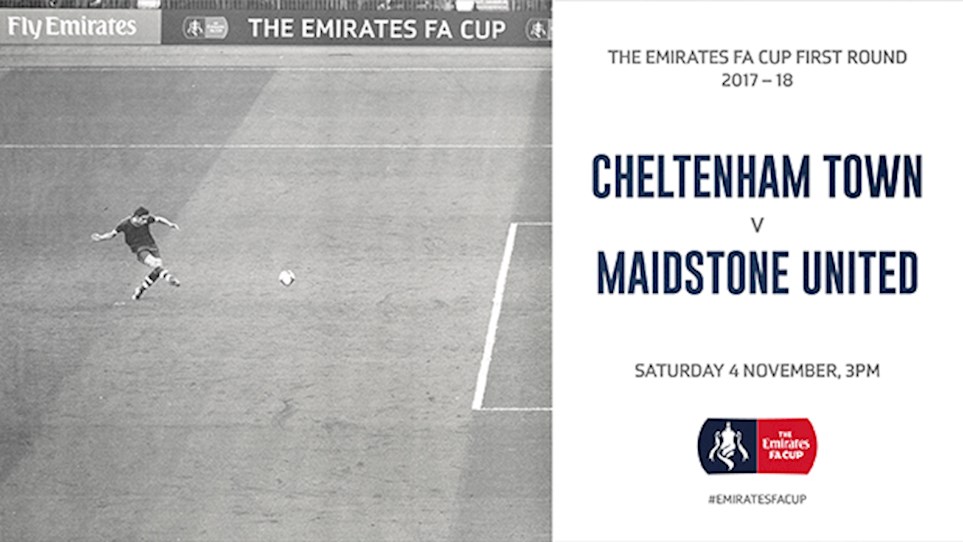