Cheltenham Town make the short trip to Swindon Town to face the other Robins of the division at The Energy Check County Ground on Saturday in Sky Bet League Two (kick-off 3pm).

Swindon – currently seventh and in the final play-off place - will play a first game under the guidance of caretaker manager Matt Taylor.

When then teams met earlier in the season the game ended 2-1 at the LCI Rail Stadium as Brian Graham and Danny Wright – with a dramatic injury time winner after earlier missing a penalty - scored the vital goals.

The midfielder has been put in charge by chairman Lee Power and his first game will be against Cheltenham Town.

“I've been asked to help the club and it's an opportunity for me to gain some experience," he said. "But it's not about Matt Taylor, it's about can we galvanise this team into pushing for promotion for as long as I'm asked to do so. I believe we can."

Taylor also has no intention of putting his boots aside during his spell as interim boss, during which he will be assisted by goalkeeping coach Dean Thornton.

"I'll be player-manager until I am told otherwise or until the club decide they are going to appoint somebody else. But that's irrelevant to me. What's important for me now, and Dean is what we do is prepare the team correctly," he added.

"It's about every single individual giving their all, 100% commitment to everything that is asked of them, and that includes me. I can't ask for any more than that."

Cheltenham team news: Midfielder Harry Pell misses the game as he completes a two-match suspension after piling up too many bookings in Sky Bet League Two. Nigel Atangana is set to make a recovery after coming off in midweek against Notts County.

Swindon team news: Defender Chris Hussey is back in training, having missed the majority of the season due to a string of niggling injuries. The game will come too soon for Amine Linganzi and Donal McDermott. 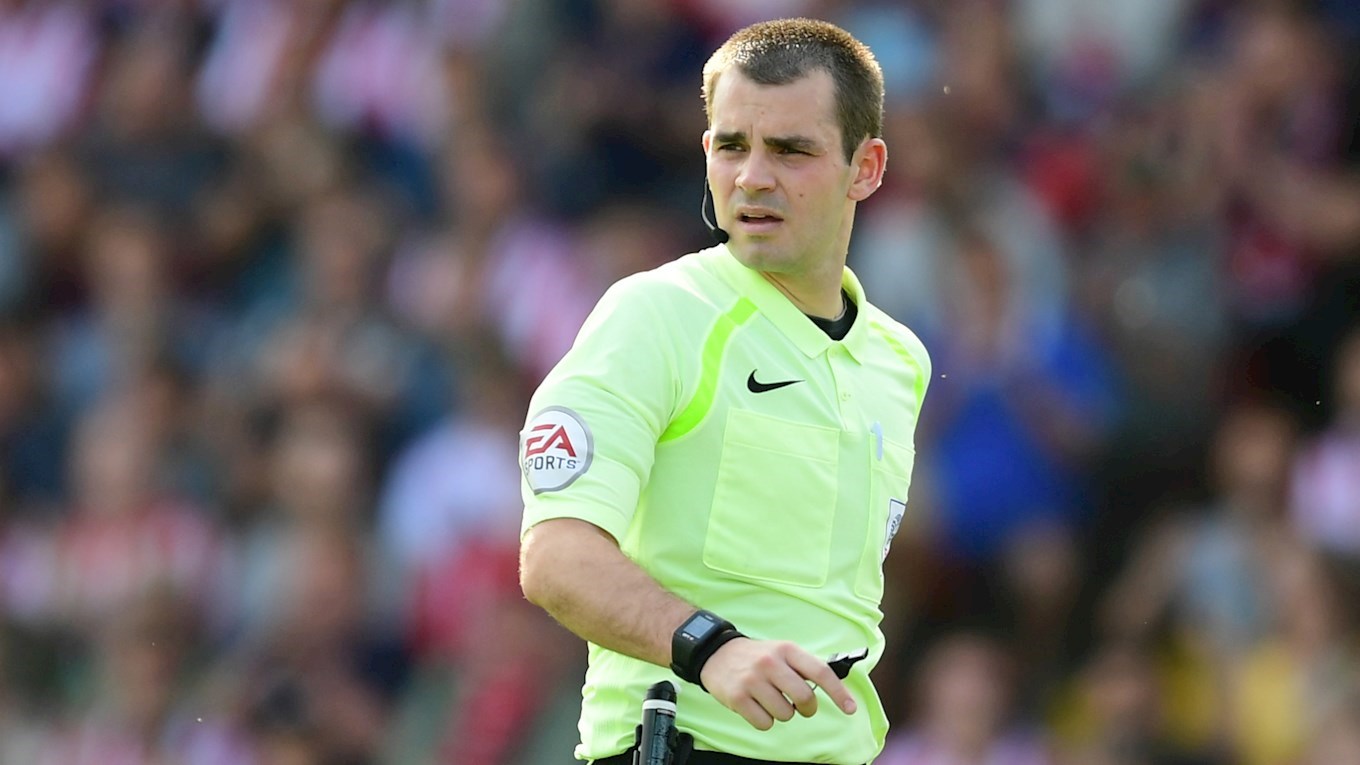 Huddersfield-based referee Tom Nield – who has taken charge of 23 games this season and handed out 56 yellow cards and two red cards - will take charge of the league clash at Kenilworth Road. He will be assisted by Oliver Bickle, Michael Webb and fourth official Marvyn Amphlett.

Prices from our Ticket Office can be seen below and they will be on sale from the LCI Rail Stadium until 1pm on Friday (March 9).

Disabled and carer (if required) tickets can also be bought from the Ticket Office at the LCI Rail Stadium.

Gary Johnson’s side contained their hosts very well in a feisty opening 45 minutes in Wiltshire, and Andrews’ stunning free-kick in the 41st minute was his first goal in the Football League, prompting wild celebrations in the busy away end.

Eisa then raced onto a long ball from Taylor Moore and lifted the ball into the roof of the net to double Cheltenham’s advantage five minutes after the interval, netting his 17th League Two strike of the season, 19 in all competitions.

A superb cross-field run from second half substitute Sanmi Odelusi took him all the way into the penalty box, where he squared the ball for Eisa to curl in a sublime third as Cheltenham Town deservedly came out on top in the battle between the Robins.

Johnson named an unchanged side for the short trip across to Wiltshire but left back Jordan Cranston returned to the bench for the first time since suffering a hamstring injury against Luton Town back in November.

The hosts were playing their first game with interim manager Matt Taylor in charge, and the player-coach forced a corner after a positive start when his clipped free-kick was headed behind.

Luke Norris then hooked the ball back into the penalty area after two dangerous corners, but Scott Flinders claimed bravely under pressure.

Taylor’s side continued to dominate the early stages, chasing a sixth straight home victory, but Cheltenham threatened in the 10th minute when a Jake Andrews long throw-in was cleverly flicked on by Jamie Grimes, but Kevin Dawson scuffed his shot well off target.

After the ever-present Taylor saw a free-kick hit the wall, Andrews then tried his luck from a set-piece at the other end, but it flew over the crossbar.

Shortly after Dawson went down inside the penalty area after being played in by Joe Morrell but the referee waved away the penalty appeals as Johnson’s side settled into the game.

Cheltenham were starting to cause a few problems themselves, as two short corners prompted a ping pong situation in the box which was eventually halted due to a home player going down in the 31st minute.

The visitors were knocking the ball around well in midfield, enjoying plenty of possession as they looked to find a way through before the interval, and that breakthrough came in the 41st minute.

Mo Eisa was pushed in the back on the edge of the penalty area and Andrews stepped up to sublimely curl the free-kick into the top corner to net his first Football League goal in style.

It was a deserved lead for Johnson’s side, who were on course to complete the league double over their West Country rivals at half-time, thanks to a stunning save from Flinders in the 45th minute to keep them ahead.

Swindon began the second half nervously and after goalkeeper Stuart Moore failed to deal with a cross into the box, Rollin Menayese’s attempted clearance cannoned off Eisa and sailed over the top.

Eisa wasn’t to be denied again though, as Moore’s long ball over the top was met by the Robins top scorer, who capitalised on some hesitant defending to double Cheltenham’s lead after 50 minutes, sparking pandemonium in the away end.

Winchester then smashed a shot from distance which was parried away by Moore as the away side started to grow in confidence.

Eisa, chasing his 20th goal of the season, was then denied by Moore, who dived across well to fingertip his curling effort away from the bottom corner as Cheltenham closed in on a fourth away triumph of the season.

League Two player of the month, Marc Richards, then span to shoot straight at Flinders as the veteran striker attempted to get Swindon back into the game after 65 minutes.

But Odelusi’s galivanting run, where he outpaced the Swindon midfield and defence, allowed him to set up Eisa to make it three in the 71st minute as Cheltenham completed the league double over Taylor’s promotion chasers in style.

Cranston also came on to make his comeback from injury late on as Cheltenham held on to match the winning margin they achieved in their last league victory at Swindon back in 2003.

Prices from our office can be seen below:

Disabled and carer (if required) tickets can be bought from the Ticket Office at the LCI Rail Stadium.