The Robins suffered a 2-0 defeat to Wycombe Wanderers on home soil last weekend and now face the Hatters, who did not play last Saturday, in their own backyard.

Luton are flying high in top spot and with 20 wins from 33 games – and have scored an impressive league high 72 goals in the division.

When then teams met earlier in the season the game ended 1-1 at the LCI Rail Stadium as Jamie Grimes and Will Boyle – with a dramatic injury time equaliser - scored the goals.

Luton Town manager Nathan Jones is hoping a weekend off will mean his Hatters are firing in all cylinders come Saturday afternoon.

Luton were not in action last weekend due to Coventry’s involvement in the FA Cup and Jones felt they made the most of their break leading into the final 13 games of the campaign.

He said: “We’re ready, whether we’re fresh, you’d think so.

“Sometimes these can work in your favour and sometimes they can work against you, but we’re delighted with the break we had and we’re looking forward to getting back to it.

“They’re a good group and what it has given us is the chance to get everyone back and that’s the main thing.

“If we had played the Coventry game we still would have been missing Hylton, McCormack, Cuthbert and so on, but they’re all back now, so that’s a bonus as it’s a big squad available.”

Cheltenham team news: Manager Gary Johnson has a nearly fully fit squad to select from and will only be able to select five of his seven loan players. Jordan Cranston and Jordon Forster remain sidelined after long-term injuries.

Luton team news: Luton boss Nathan Jones also has a virtually full fit squad to choose from. The Hatters chief had been without the likes of Danny Hylton, Alan McCormack and Scott Cuthbert, with Johnny Mullins missing a few games too. However, Elliot Lee (shoulder) and Dan Potts (suspended) are out.

Referee Mark Heywood – who has taken charge of 24 games this season and handed out 96 yellow cards and three red cards - will take charge of the league clash at Kenilworth Road. He will be assisted by Stephen Finch, Daniel Cook and fourth official Adrian Waters. 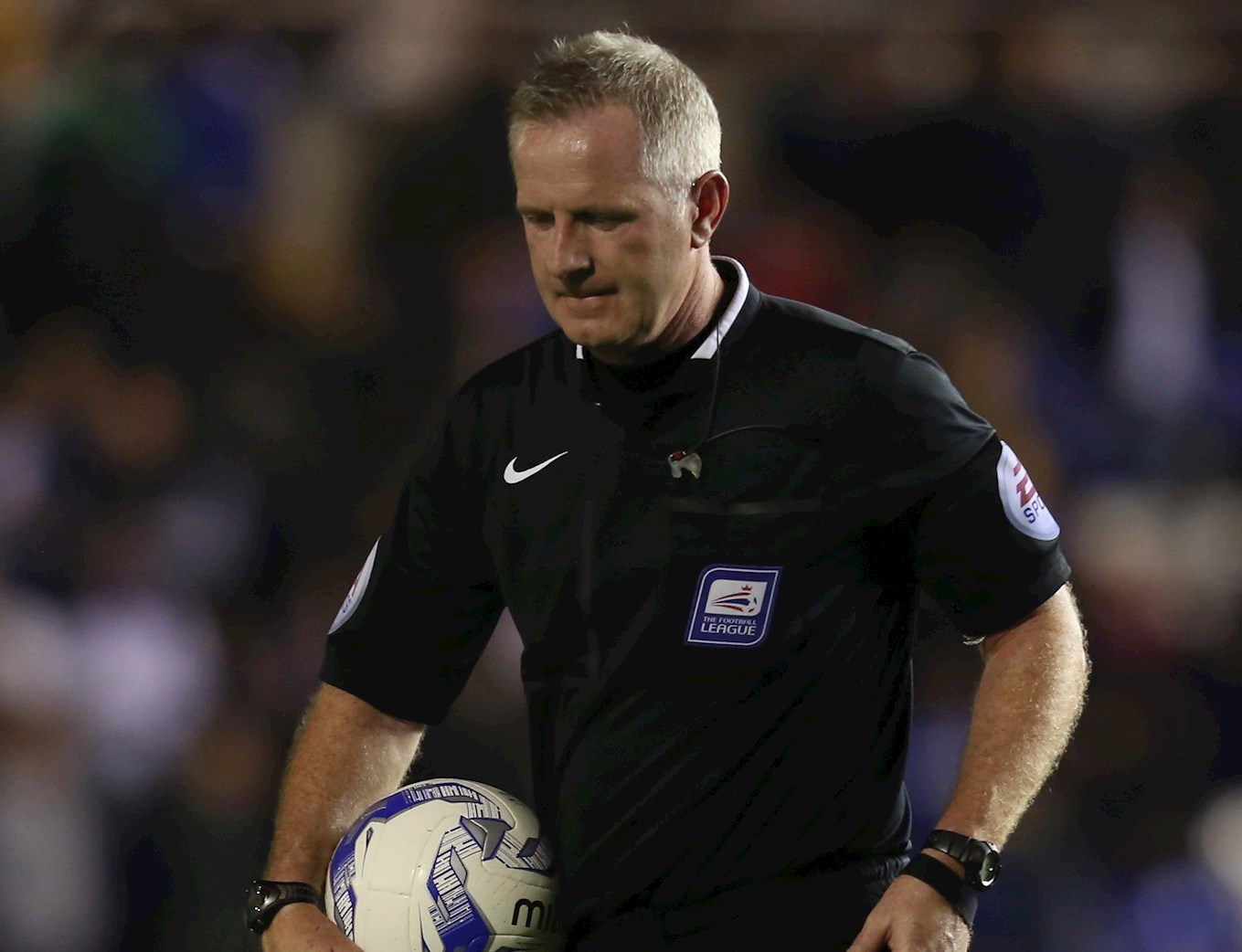 Prices from our Ticket Office can be seen below and fans are advised that this match is an ALL TICKET game for away fans. Tickets will be on sale from the LCI Rail Stadium until 1pm on Friday (February 23).

The Robins produced a disciplined and well-drilled first half display to frustrate the in-form Hatters before Joe Morrell's moment of pure magic just before the break.

The midfielder had little on when he collected the ball near halfway, but he powered past one man before unleashing a simply unstoppable drive into the top corner from 30 yards out.

A hugely dramatic start to the second half saw goalkeeper Scott Flinders save a penalty from James Collins before red-hot hitman Mo Eisa grabbed a superb headed goal - his 18th of the season - to put the Robins two ahead.

But high-flying Luton hit back with Luke Berry tucking home from close range before Alan Sheehan scored deep into injury time to grab a point.

Manager Gary Johnson made two changes to his starting line-up as Nigel Atangana and Taylor Moore both returned.

Midfielder Atangana immediately impressed in the opening quarter as he nullified Luton's game and helped spring the Robins forward.

Seconds later the Robins launched a sweeping move up field, after a nice reverse pass from Carl Winchester, but after Pell and Morrell combined the cross from Ilias Chatzitheodoridis was just cut out.

A superb low ball in from Berry saw Collins steer a shot narrowly wide for the home side while Will Boyle's clearing header fell nicely to the feet of Olly Lee but his shot lacked the power to trouble Flinders.

Luton continued to look threatening up top with Collins laying the ball inside to Berry who forced another smart low stop from Flinders.

The Hatters frontman then raced down the left and cracked a low ball across the six-yard box that no Luton player could turn home.

Cheltenham's first big chance came on 35 minutes and was all down to the individual brilliance of Kevin Dawson.

The Irishman had little on when he got the ball on the right side of midfield, but he nutmegged his opposite number and bore down on goal, firing a low shot that Stech did well to turn aside.

The Robins, though, did go ahead five minutes later in stunning fashion as Morrell fired home a wonder goal from 30 yards out to stun Kenilworth Road into silence.

A busy start to the second half saw Luton come out all guns blazing with Harry Cornick getting in behind to collect Shinnie's pass and stab a first-time shot wide of the post.

Drama then erupted as Lee got to a back post cross and saw his effort bobble into the corner - only for the referee to have already blown his whiste and award a penalty before the ball found the net.

Collins stepped up to take the resulting spot kick only for Flinders to brilliantly dive low to his left and keep the spot kick out before getting up and deflecting the follow up over the bar too.

Moments later the visitors tore down the other end, cut the home side wide open and Moore crossed to an unmarked Eisa who nodded home from six yards to spark wild away celebrations.

Luton hit back within three minutes, a right wing cross found Berry and he cooly tucked it home to raise the roof and fire the home response.

The hard-working Eisa continued to look to give the Robins an out ball as he chased and harried up top while Atagana and Grimes did well to snuff out Luton attacks.

Pell was booked after a tussle by the touchline - a yellow that will see him now serve a two-match suspension - while Luton emptied the bench to try and find a leveller.

Flinders reacted well to keep out a stinging drive from Hylton at his near post but there was no stopping Sheehan when he arrived at the back post to power the ball home in the dying seconds.

Tickets for this match at Kenilworth Road are on sale from our Ticket Office during office hours on Thursday and Friday morning.

Prices from our Ticket Office can be seen below and fans are advised that this match is an ALL TICKET game for away fans.