Gary Johnson’s men will be looking to bounce back from a 2-0 defeat to Yeovil Town last time out at the LCI Rail Stadium.

Newport County AFC – currently in tenth spot in the league and five points ahead of the Robins – lost 2-0 at Wycombe Wanderers on Boxing Day.

The teams have met twice this season, with the Robins winning 2-1 in the Checkatrade Trophy in November and Newport winning the league clash 1-0 in September at Rodney Parade.

Newport County manager Mike Flynn has demanded a reaction after a 2-0 Boxing Day defeat to Wycombe Wanderers – when for the second successive game the Welsh side were reduced to ten men.

“When you start as badly as we did for the first 20 minutes it’s tough against a strong Wycombe team,” said Flynn. “The two goals we conceded were not good enough and that’s what’s cost us the game.

“If you look at it, there wasn’t two goals difference in that game.

“I thought we were the better team in the middle period. We got in some good positions and Labadie hit the bar out of nothing.

“It’s wasn’t a 2-0 game but if you concede two poor goals like that then it’s going to be tough to win.”

Newport team news: The visitors will be without the suspended Mark O’Brien and Joss Labadie.

Referee Antony Coggins – who has taken charge of 19 games this season and handed out 41 yellow cards and one red card - will take charge of the league clash at the LCI Rail Stadium. He previously referred the away clash with Morecambe in August. He will be assisted by John Farries, Stephen Brown and fourth official Ronald Ganfield.

You can buy tickets online by clicking HERE and collecting on the day.

On matchday, the Ticket Office will be open for collections from 12noon and limited seating will also be available for fans wishing to pay by card on the day.

As always, fans collecting pre-paid tickets are asked to arrive early to avoid any queues and to enable easy access into the stadium.

Cheltenham Town were held in an entertaining draw with Newport County at the LCI Rail Stadium in their final match of 2017 as Mo Eisa netted his 11th goal of the season.

The Exiles took the lead just ten minutes into the second half as Padraig Amond's well placed header looped past Scott Flinders for his seventh goal of the season, and second against Cheltenham.

But the Robins battled back with County keeper' Joe Day kept the hosts at bay until Mo Eisa sublimely curled into the bottom corner to level up the scores on the 77th minute.

In a frantic finish to the match neither side could find a winner as both teams had to settle for a point going into the new year.

Gary Johnson made one change to the team that started on Boxing Day as Brian Graham came in for his first start since November for Harry Pell, who was not part of the squad due to injury.

As has been the case in their last two games, Cheltenham started the better as Nigel Atangana charged down a clearance which lobbed into the path of Brian Graham but his header was clawed away before Mo Eisa looped a header onto the roof of Joe Day's net.

Eisa was at it again in the fifth minute as he controlled a Jerell Sellars cross well, before half-volleying a powerful effort that was blocked by the legs of Day, who was being called into plenty of action early on.

Robbie Willmott then saw his shot from the edge of the box blocked on the line by Taylor Moore as Newport sought to respond to Cheltenham's positive start.

Frank Nouble then had two efforts in quick succession, showing good strength and pace to beat his men but both attempts did little to trouble Scott Flinders.

Michael Flynn's side were clearly a threat from set-pieces and throw-ins, as the Robins survived a spell of pressure around the 15 minute mark, and Nouble once again caused Flinders to make a save, albeit not a difficult one.

The well-travelled Nouble was in the thick of it again, powering into the box before Will Boyle deflected his driven cross-shot wide for a corner, as Newport started to edge the match in terms of possession and chances.

Brian Graham then headed over as the hosts tried to get a foothold in the game, with Kevin Dawson looking sharp for Gary Johnson's team.

Matt Dolan and Willmott both tried their luck but Flinders stood firm to catch the first attempt and then parry wide as the first half came to a close at the LCI Rail Stadium.

A fantastic through ball from Joe Morrell found Dawson right on the stroke of half-time but the Irishman's poked shot was smothered by Day, as the teams went into the break level.

Some very tidy footwork from Sellars allowed him to get into space but the former Aston Villa man flashed a shot wide on 47 minutes, Eisa then turned but shot straight at Day as Cheltenham maintained their pattern of starting well.

Sellars was really causing problems as more great dribbling from the midfielder got Cheltenham in behind but Eisa was thwarted by Day in a match where both goalkeepers were on form.

But Flinders was beaten on 55 minutes by an expertly placed header, as Ben White's superb long pass was nodded home by Padraig Amond, who also netted the winner when the sides last met.

Morrell quickly skipped through two challenges but Day was equal to his attempt as Cheltenham pushed for an equaliser, White then nearly put into his own net as his attempted clearance was sliced over the crossbar.

As the Robins relentlessly pushed forward, Nouble broke away at the other end but was bravely denied by Flinders as Newport looked to consolidate victory with a second goal.

But Cheltenham were the ones who went onto score, as great individual play from Mo Eisa brought the ball into box and the Sudanese forward curled in the leveller, much to the jubilation of the home faithful.

The game was opening up as Flinders clawed away Mickey Demetriou's header at the other end.

The Robins' stopper then made another amazing save, tipping away Nouble's swerving effort from the edge of the area but a draw would have to do for both sides going into 2018.

Fans are advised that tickets for today’s Sky Bet League Two encounter with Accrington Stanley at the LCI Rail Stadium (kick-off 3pm) will be available right up until kick-off.

Supporters will be able to buy tickets in person from the Ticket Office from 12noon, with seating tickets available for fans wishing to pay by card. Collections will also be open from 12noon.

Fans are reminded that access to the Robins Nest bar on matchdays is on a first come, first served basis and if the bar reaches capacity there will be no further admittance. Please arrive early to avoid any disappointment. 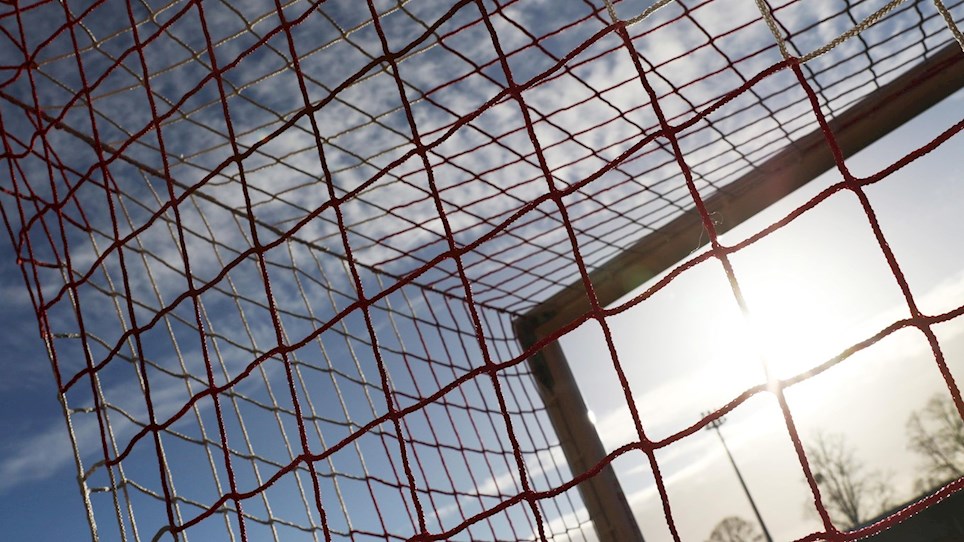 
Fans are advised that tickets for today’s Sky Bet League Two encounter with Newport County AFC at the LCI Rail Stadium (kick-off 3pm) will be available right up until kick-off.