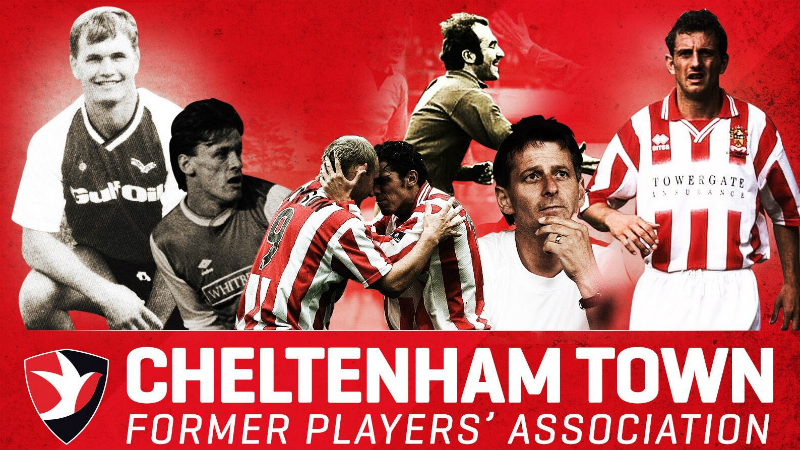 The Cheltenham Town Former Players Association was formed to bring together former Players, Coaches and Managers under an official banner as they all have one thing in common- a love for Cheltenham Town Football Club. The criteria for becoming a member is to have played at least once in the first team, or have been a first team Manager, Coach, or part of the backroom staff in the past. We would also like to celebrate the achievement of staff who served the club in any other capacity.

The Former Player Association’s (FPA) mission is to bring together our members from every era and encourage fan engagement, particularly on match days at The Completely-Suzuki Stadium. We feel it is important that ex-players should be celebrated and that we keep alive the memories of the great times each players has contributed to the club’s extensive history.

The FPA aims to become self-sustainable by working closely with the Football Club, and this will include match day hospitality, arranging official club functions and being active in the local community. Funds will be raised by organising Club Themed Dinners, Golf Days and Annual Legends Matches- with many former players in attendance, where supporters will be encouraged to take part.

The FPA will be a non-profit organisation and any funds we receive that are surplus will be donated to our local charity of the year.

Whilst the FPA is in its infancy stage, this is a very exciting venture and with the Supporters backing and ideas, we hope this can be a great success for everyone to play a part in. If you would like to know more or have an idea for the FPA to consider, please email us at: fpa.ctfc@outlook.com